If you’ve been there, you’ll no doubt want to return. If you haven’t, it’s no doubt on your bucket list. Either way, we’re talking California’s Highway 1. Made famous by every movie ever filmed along the Big Sur, us Australian’s want a piece of that American Pie. we’ve put together the absolute musts along the way to make sure it’s a road trip to remember!

Starting in San Francisco and heading down to San Diego, here are all the spots you need to stop on your Californian road trip! We recommend a big pile of Twizzlers and Hershey's Bars because what's a road trip without snacks? 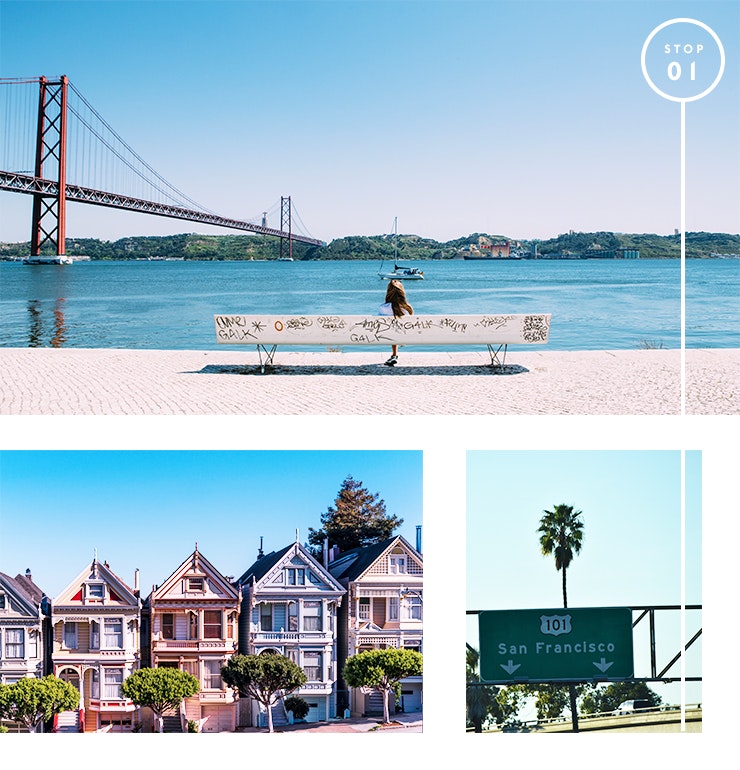 After all the pasta in Mission, dumplings in Chinatown and chowder at the Wharf, it’s time to say goodbye to San Fran and hit the road. Here’s where our journey begins. Literally, with Journey because no road trip is complete without belting out Don’t Stop Believing. Before you reach your next destination though, there are a few pit stops along the way. It’s California, so of course a couple of craft beers at Anchor Brewing Company and Rogue Ales Public House need to be tried and tested. For the designated driver, plenty of sugary treats can be found at the Swanton Berry Farm Farmers Market and Farm Stand. For lunch, head to the Aptos St. BBQ for blues, beers and brisket. 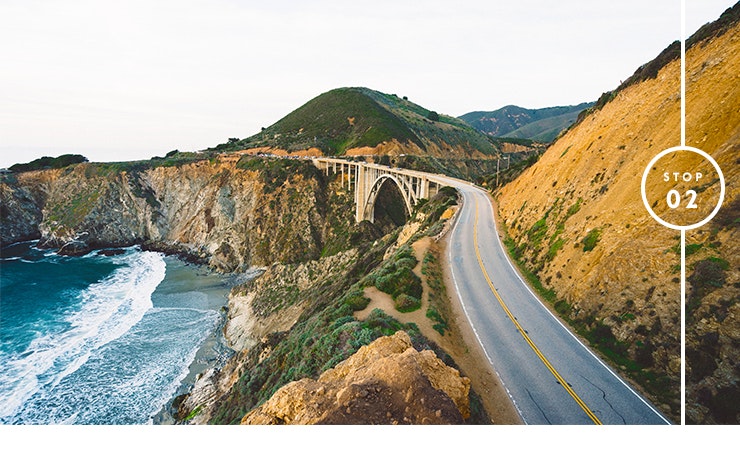 Next stop—Monterey (yep, the place that Big Little Lies was filmed). Monterey is absolutely heavenly—think rugged coastlines and lots of seafood restaurants and you're on the right track. Spend a day or two wandering around this dreamy film set of a town. Check out The Monterey Bay Aquarium then head to Fisherman’s Wharf for lunch followed by afternoon beers at Cannery Row Brewing Company. You’ll also want to head to the other side of town and pretend you belong to the crowd that is Carmel-by-the-Sea. This has to be one of the most beautiful spots in America, and if you're into golf, you have to check out Pebble Beach Golf Links. Still hungry? On your way to Big Sur, easy breezy and incredibly beautiful, Nepenthe Restaurant has you covered. 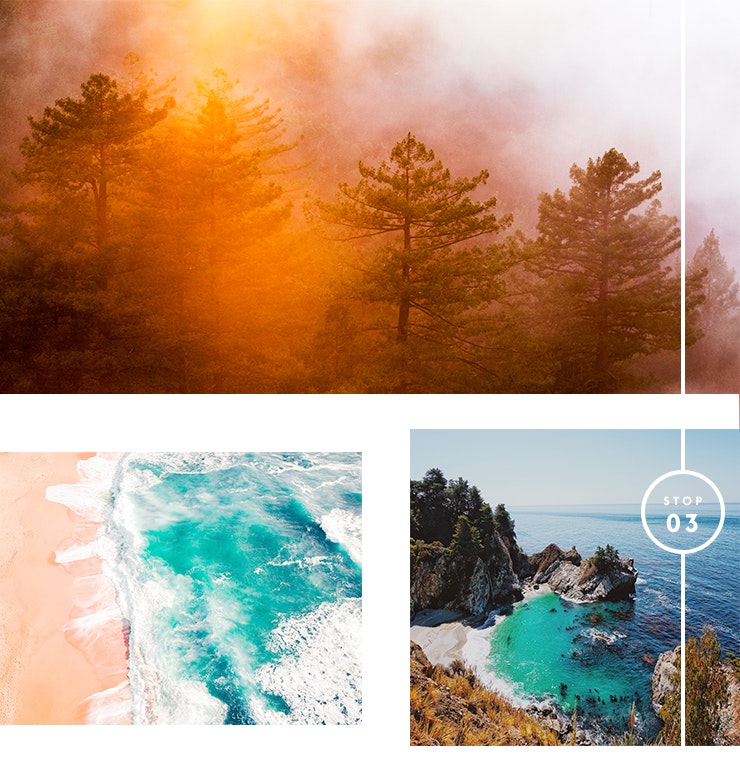 Before you reach Instagram heaven, take a pit stop at Point Lobos State Natural Reserve to stretch your legs. After all that fresh air and nature, you’ll have earned yourself multiple treats at Big Sur Roadhouse. Now because today is a culture kind of day, check out the amazingness that is Henry Miller Memorial Library and Hearst Castle. 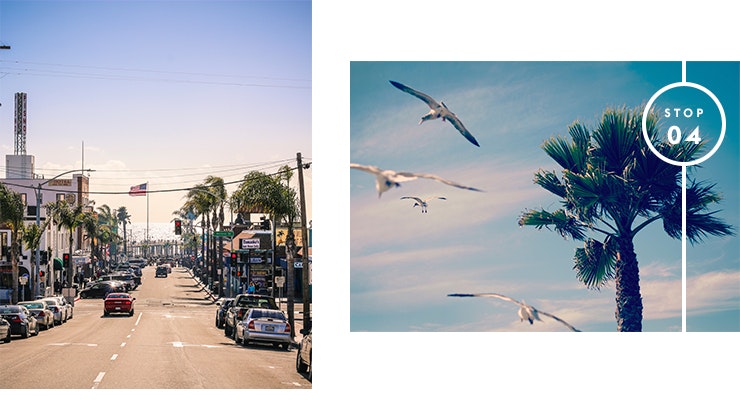 It’s a short food stop to break up a long morning of driving to Firestone Walker Brewing Company and Pismo Beach. Mainly because everything there is delicious and Pismo is pretty spectacular, but also because no one likes a hangry person on a road trip. 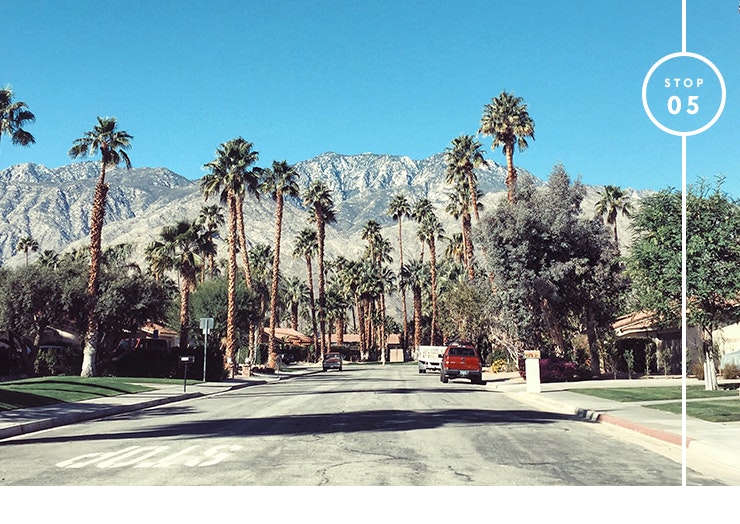 Arguably our favourite spot on the road trip, and not just because we saw multiple famous people roaming the streets. Stay a night or two here and wander around soaking up the sun, tacos and beers. When you need treats, The Brewhouse, McConnell’s Ice Cream and La Super-Rica Taqueria are where it’s at. 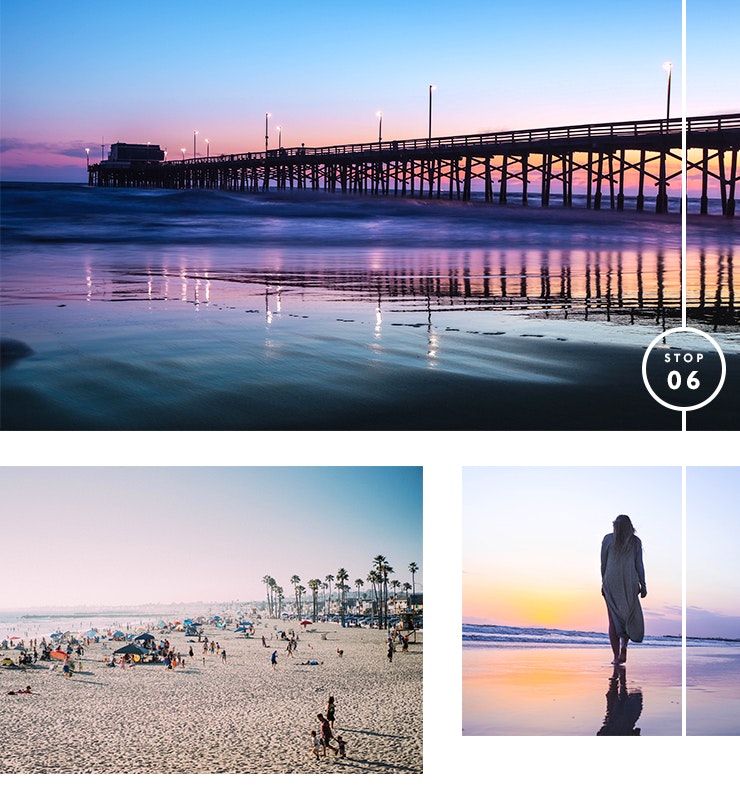 Like we’d go to California and not live out our high school dream of visiting Newport Beach. But before we do, your Instagram page probably needs a little more scenery and a little less pub so head to Point Dume for a spot of picturesque beauty and a place to stretch your legs before you head further south to Orange County. We recommend Cabo Cantina, Newport Beach Brewing Co and definitely Mutt Lynch’s for margaritas the size of your head. Literally. 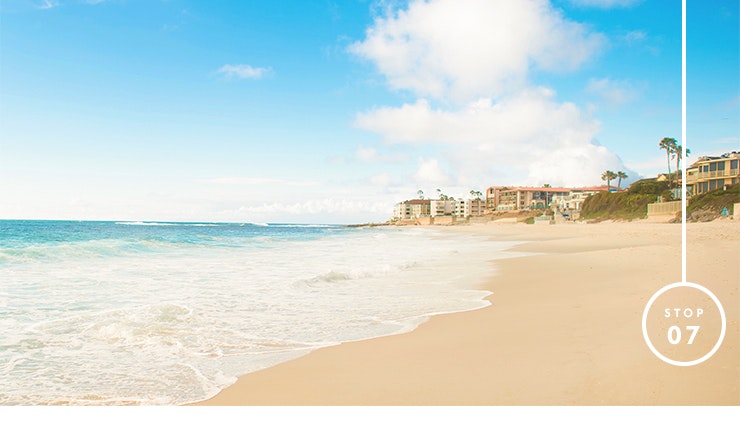 Sorry, you’ll probably be hungover after all those margaritas, but it’s just an hour and a half now to your final destination. Sunny San Diego! Activities include watching the San Diego Padres play ball, craft beer and bocce at the Stone Brewing World Bistro and Gardens, more craft beer at the cutest house we want to live in at Half Door Brewing Co, even more craft beer at Modern Times Beer, and all the food coming out of the Gaslamp Quarter. What? We’re on holiday.

Want more? Check out how to spend 48 Hours In LA!