Do you find yourself missing out on potential romantic entanglements with artists just because you can’t tell a Manet from a Monet? Or maybe you just want to buff up on your art terminology for when the next cool exhibition hits. Whatever your reason for wanting to up your culture game, we’ve got you.

July is Art Month at Urban List, and we’re here to give you the scoop on a few art terms that might come in handy the next time you visit a gallery or swipe right on someone wearing a turtleneck on Tinder.

So, here are 15 art terms you need to know if you want to up your culture game.

According to Tate, abstract art is “art that doesn’t attempt to represent an accurate depiction of visual reality.” Basically, abstract art uses shapes, colours and forms to achieve its desired effect instead of turning to figurative, realistic elements like those of a detailed portrait, for example. Famous abstract artists include Wassily Kandinsky, Jackson Pollock, Mark Rothko and Frank Stella.

I think ‘avant-garde’ is often used in the wrong context, so let’s set the record straight. Art that is avant-garde is radical or experimental—it breaks all the rules (societal, cultural, etc.) while being innovative. And while avant-garde art is not a movement in itself, it’s given birth to several movements like the Dadaist movement, impressionism, cubism, surrealism, pop art and so many others. Think Marcel Duchamp’s Fountain or Andy Warhol’s Campbell Soup cans. 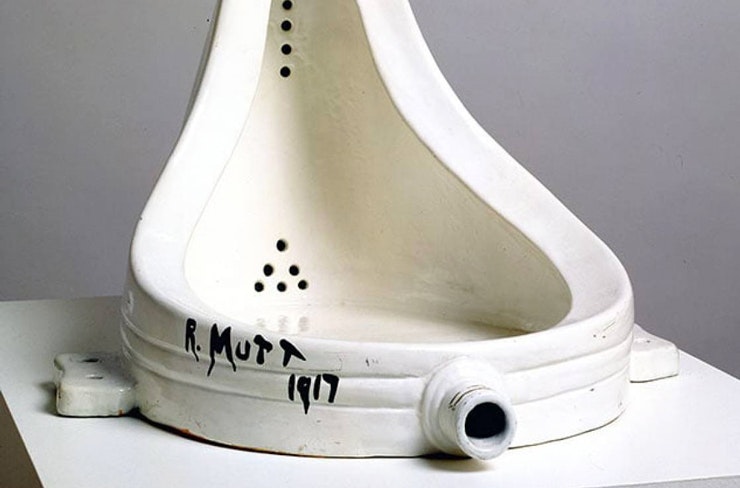 Baroque style was popular in Europe in the 17th and early 18th centuries and was characterised by its ornate and extravagant nature—think rich colours, lots of detail, realistic movement, huge canvas sizes that filled viewers with a sense of amazement and ‘giving the impression that they were witnessing an actual event.’

Baroque was very popular with the Catholic Church because it provided a stark contrast against Protestantism’s pared-back aesthetic. Baroque eventually became even more flamboyant and turned into what we now as Rococo style. Famous Baroque artists include Peter Paul Rubens and Anthony Van Dyck. 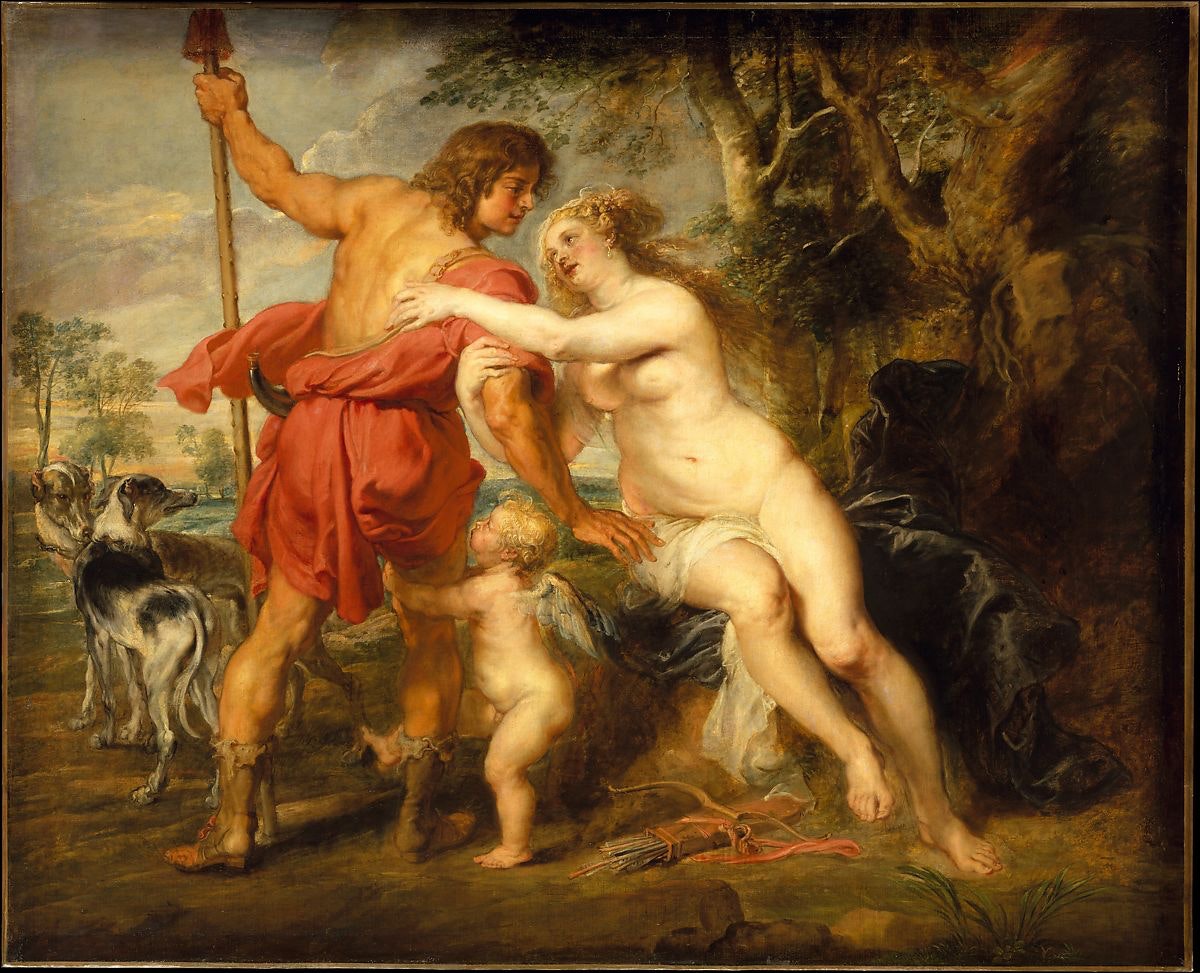 When someone talks about composition in an artistic context, they’re referring to the way the visual elements (lines, shapes, colours, textures, value, form, space) are arranged within the work.

You can also talk about compositions that challenge the actual borders of the canvas or frame, e.g. if stuff spills past the constraints of the canvas.

Conceptual art is art whose concept and idea is more important than the actual execution. Conceptual art makes the viewer work a little harder, beyond aesthetics. It’s the kind of art a lot of people tend to roll their eyes at (e.g. Duchamp’s urinal). It shouldn’t be confused with avant-garde art, though. Something that is conceptual isn’t necessarily avant-garde.

Modern and contemporary art are often used interchangeably, but they are not the same thing. Contemporary art refers to art produced in the second half of the 20th century or in the 21st century, i.e. the art of today. Not to be confused with modern art, which covers the period between the 1860s and the late 1960s.

Pablo Picasso and Georges Braque are the masterminds behind the cubist movement, which began around 1907. Cubism is an abstract way of representing reality and it’s characterised by a fragmented look.

According to Tate, the name ‘cubism’ “derived from a comment made by the critic Louis Vauxcelles who, on seeing some of Georges Braque’s paintings exhibited in Paris in 1908, described them as reducing everything to ‘geometric outlines, to cubes’.”

Expressionism refers to art in which the image of reality is distorted in order to make it expressive of the artist’s feelings or ideas. Expressionism is not necessarily abstract—it can still use recognisable elements, e.g. Edvard Munch’s The Scream. 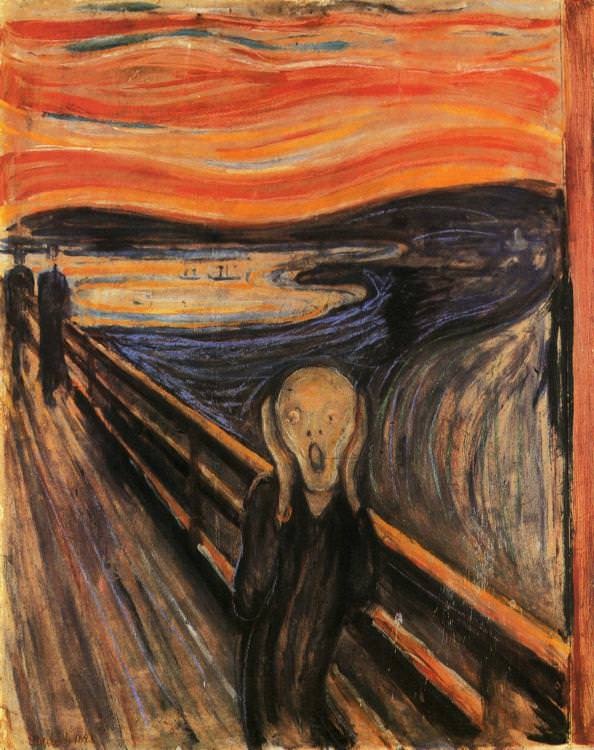 If expressionism is expressive of an artist’s feelings, then you can probably deduce that impressionism is meant to reflect an artist’s impression of something. Developed in France from the 1860s, impressionism began with Claude Monet and sought to depict a ‘spontaneous and naturalistic rendering of light and colour.’ A lot of impressionist paintings are of everyday scenes or landscapes. 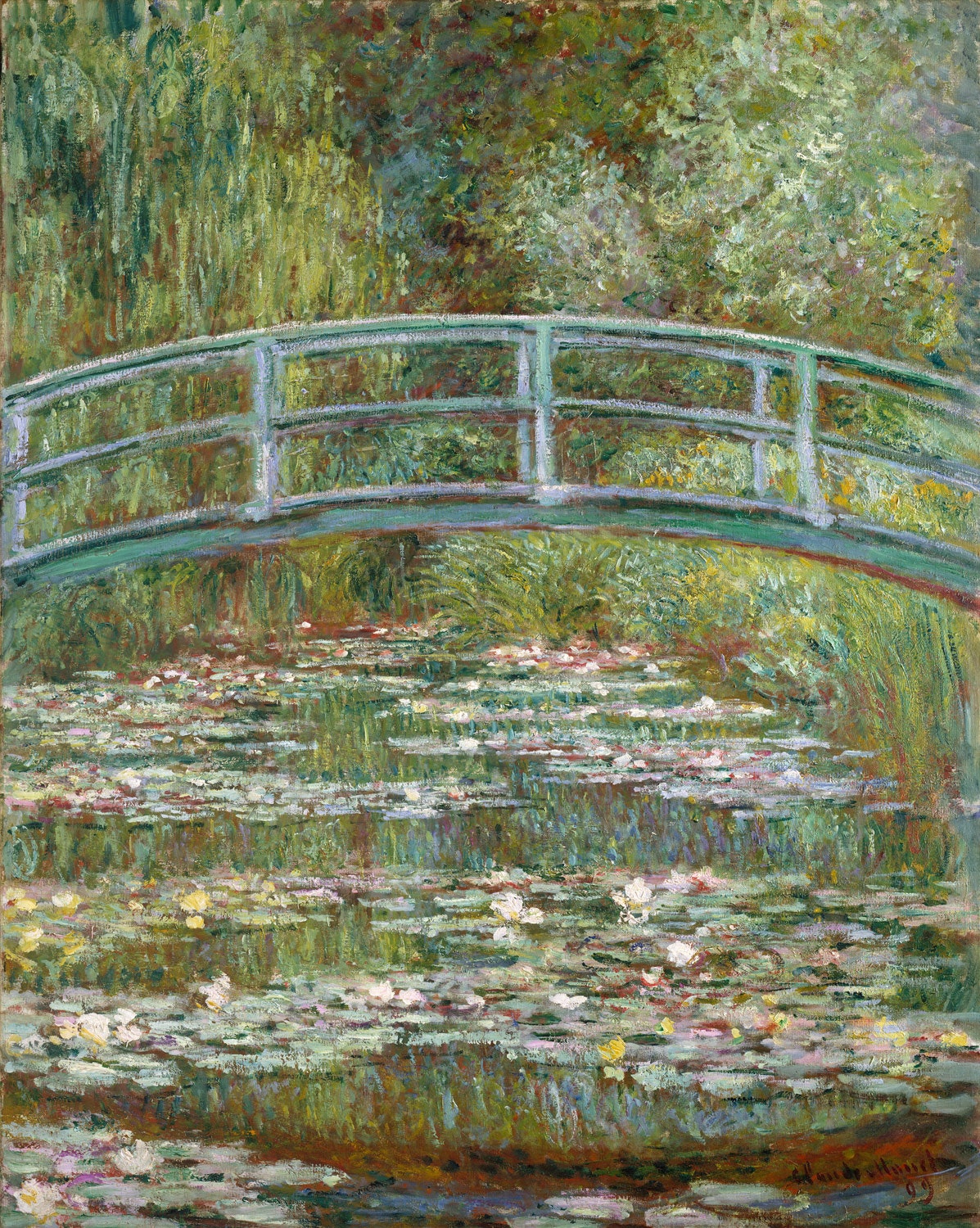 Post-impressionism is a term which describes the changes in impressionism from about 1886. It was led by Paul Cézanne, Paul Gauguin, and Vincent Van Gogh and focused more on symbolic artwork that was not purely based on aesthetic impression. 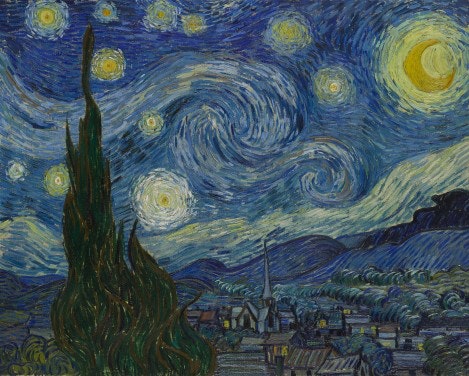 Unlike what you might think, ‘modern’ art does not refer to art from our current period. Modernism was created sometime between the 1860s and the late 1960s. Anything created after that period is considered contemporary art.

A motif refers to ‘a recurring fragment, theme or pattern’ in a work of art. It can refer to a physically recurring pattern like Frank Stella’s works, or it can refer to a theme or a symbol that returns again and again in an artist’s work, like Salvador Dali’s melting clocks. 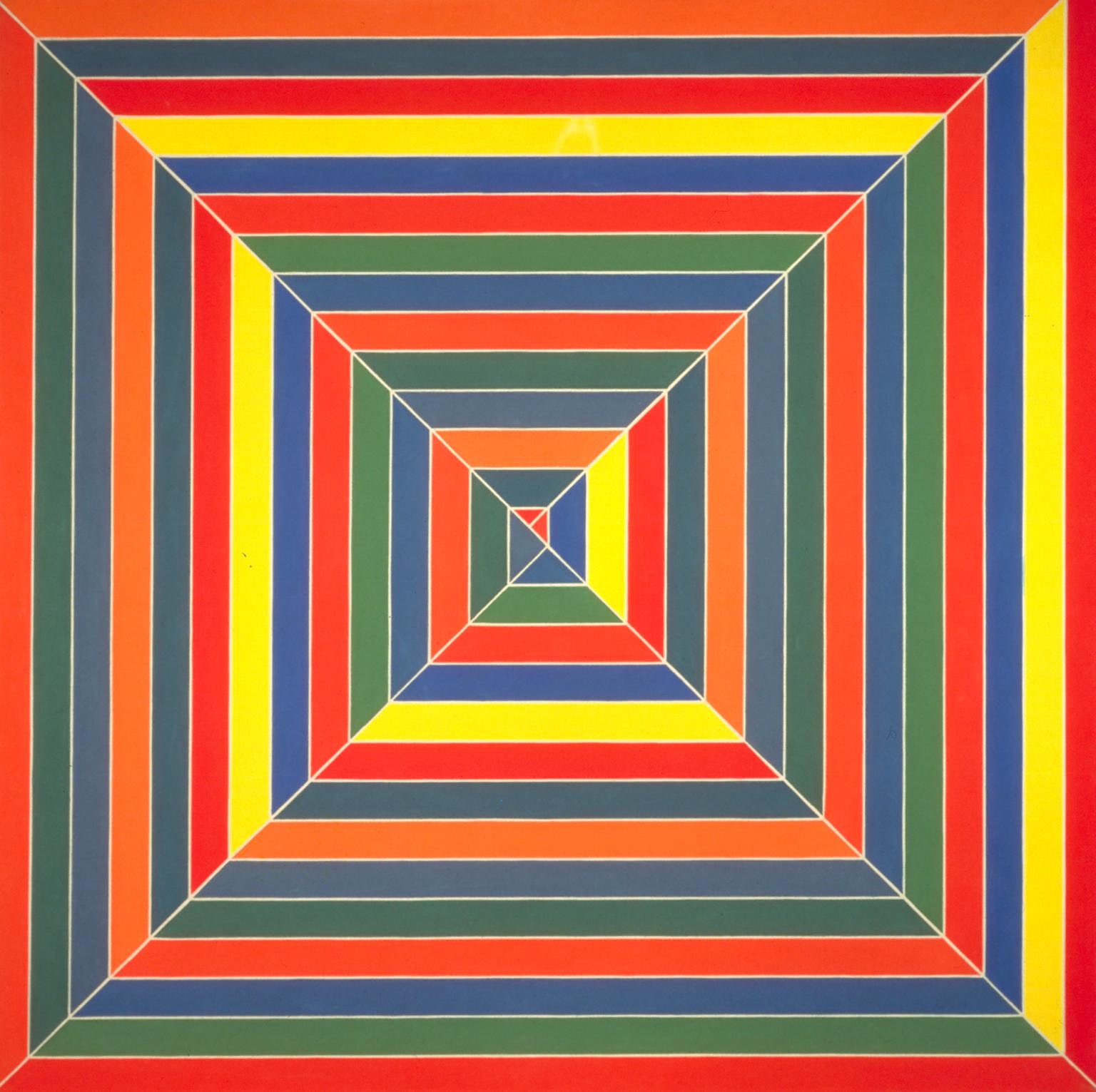 Pop art began as a revolt from young artists “against the dominant approaches to art and culture and traditional views on what art should be” in the mid to late-1950s. Instead of turning to classical sources of inspiration, pop artists turned to movies, advertising, product packaging and comic books. Some of the most popular pop artists are Andy Warhol and Roy Lichtenstein. 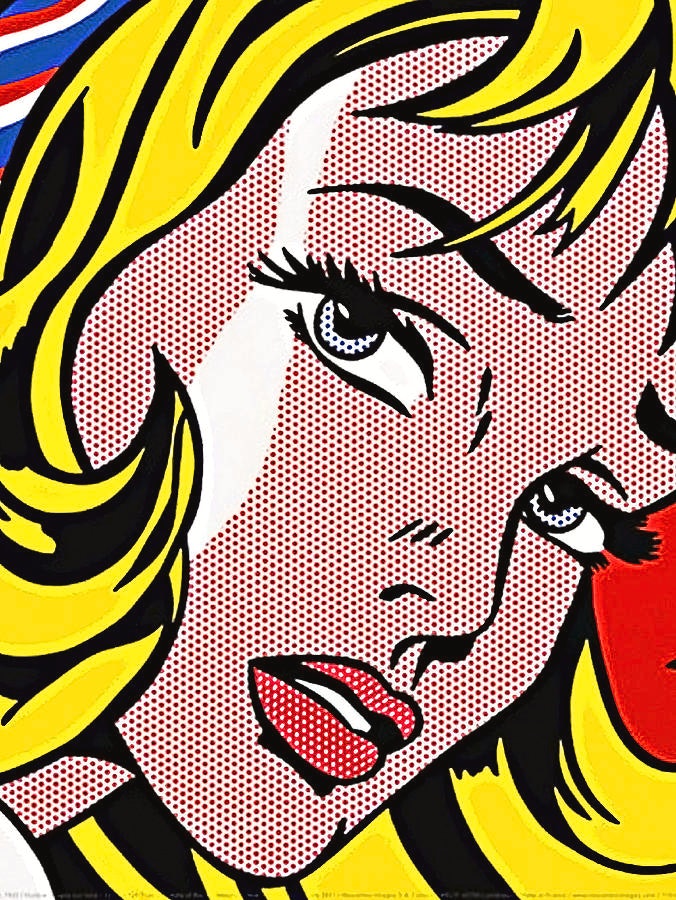 Realism (or naturalism) is exactly what it sounds like: representing the subject matter as true-to-life as possible. The movement emerged in France in the 1840s, and “depicted scenes of peasant and working-class life, the life of the city streets, cafes and popular entertainments.” It was led by artist Gustave Courbet.

Realism can also refer to works of art that have very realistic, almost photographic quality to them.

The Renaissance represents the period between the 14th and 17th centuries and Renaissance art covers any art from that period. There are two distinct parts of the Renaissance period: Early Renaissance (think Donatello’s David) and High Renaissance (Leonardo da Vinci, Michelangelo, etc.). When you think of the Ninja Turtles, think Renaissance.

Surrealism is one of the better-known art styles and began in the 1920s. Salvador Dali, Pablo Picasso, René Magritte and Frida Kahlo are all artists belonging to that movement. It has nothing to do with the word “surreal” though; surrealist art was something “by which one proposes to express [...] the real functioning of thought.”

Surrealism “explored the workings of the mind, championing the irrational, the poetic and the revolutionary.” There was a lot of emphasis on the unconscious mind, dream worlds and anything uncanny or unsettling. 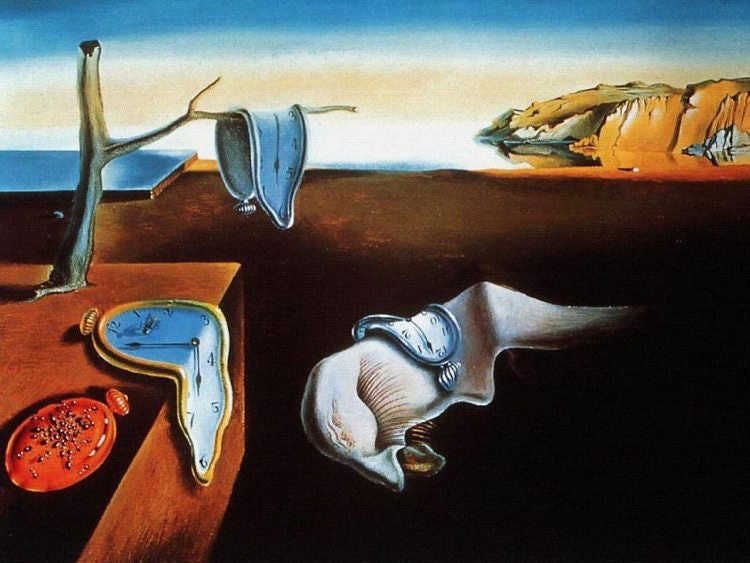 Got bitten by the art bug? Check out our Art & Design section for more inspiration.