Though National Art School graduate Anna-Wili Highfield cut her teeth as a scenic artist for Opera Australia, as the daughter of a puppeteer she was destined to bring objects to life.

In 2011, a joke commission for a couple of art school friends of a giant horse in the window of their vintage store in Camperdown caught the eyes of horse-obsessed designer Bianca Spender. Since then, the artist has grappled with waitlists spanning years for bespoke commissions.  Among her many loyal clients she counts Hermes, Tiffany and Co. and Sydney’s Carriageworks.

Despite being fashion-art royalty, these ongoing large-scale commissions have kept Highfield out of traditional commercial gallery spaces since 2011—that is, until a show in New York last year and her first and much-anticipated show in Sydney at OLSEN Gallery in Sydney late last year. Entitled Companions, this exhibition was a white cube menagerie of animal sculptures delicately constructed from materials of varying textures, including wood, clay, wax, bronze, enamel and her trademark hand-torn cotton-rag paper. The animals all represent the many artistic companions that have informed the artist’s work over the years.

For most artists, commercial gallery shows lead to commissions for big brands, not the opposite. We spoke to the Highfield off the back of the opening of Companions about navigating the art world her way.

What was the trigger that brought you from fashion collaborations to the art gallery?

I’ve always worked by commission for the last decade or so, mainly for private clients with a few select fashion collaborations. To have a gallery exhibition in Sydney feels timely. It's about creating a body of work where the pieces respond to each other, to create an energy in the space. I want and need to do this.

What is your routine in the lead up to an exhibition?

To work really hard, to give myself time to sit with the works in my studio, see what needs to change and how the relationships I'm building between sculptures are working.

Following your Sydney show last year, what are your observations on the difference between New York and Sydney’s art scene?

Sydney is my hometown, so, it's special in that way. I have my community and my audience here. I've had some exposure, so people know my work, but because I have worked so long by commission they have rarely seen it in real life. It was great to have the party and feel a room of people reacting to my work.

I love New York, what a vibrant city. It was an honour to show there. New Yorkers I spoke to at the opening had very considered responses to the works. It felt magical to be there with my wares.

Can you tell us about how your latest body of work differs from your last?

The main difference is material, I'm using wax and ceramic with the brass and paper I’ve employed before. The themes are the same though. Looking to create a moment of recognition and a familiarity in spirit with nature and animals. I wanted each piece to hold an energy, to be a house for that energy to live in and for people to feel that. Each piece is a companion spirit. My face appears alongside the animal faces in this show (as it did in the New York show) for the same reason, as a vessel for an energy.

What is the biggest misconception about being an artist?

Maybe that we wait for inspiration. Most serious artists treat it as a job and are in the studio every day working.

It's a Picasso line I often quote, something like, “when inspiration visits, let it find you working”. 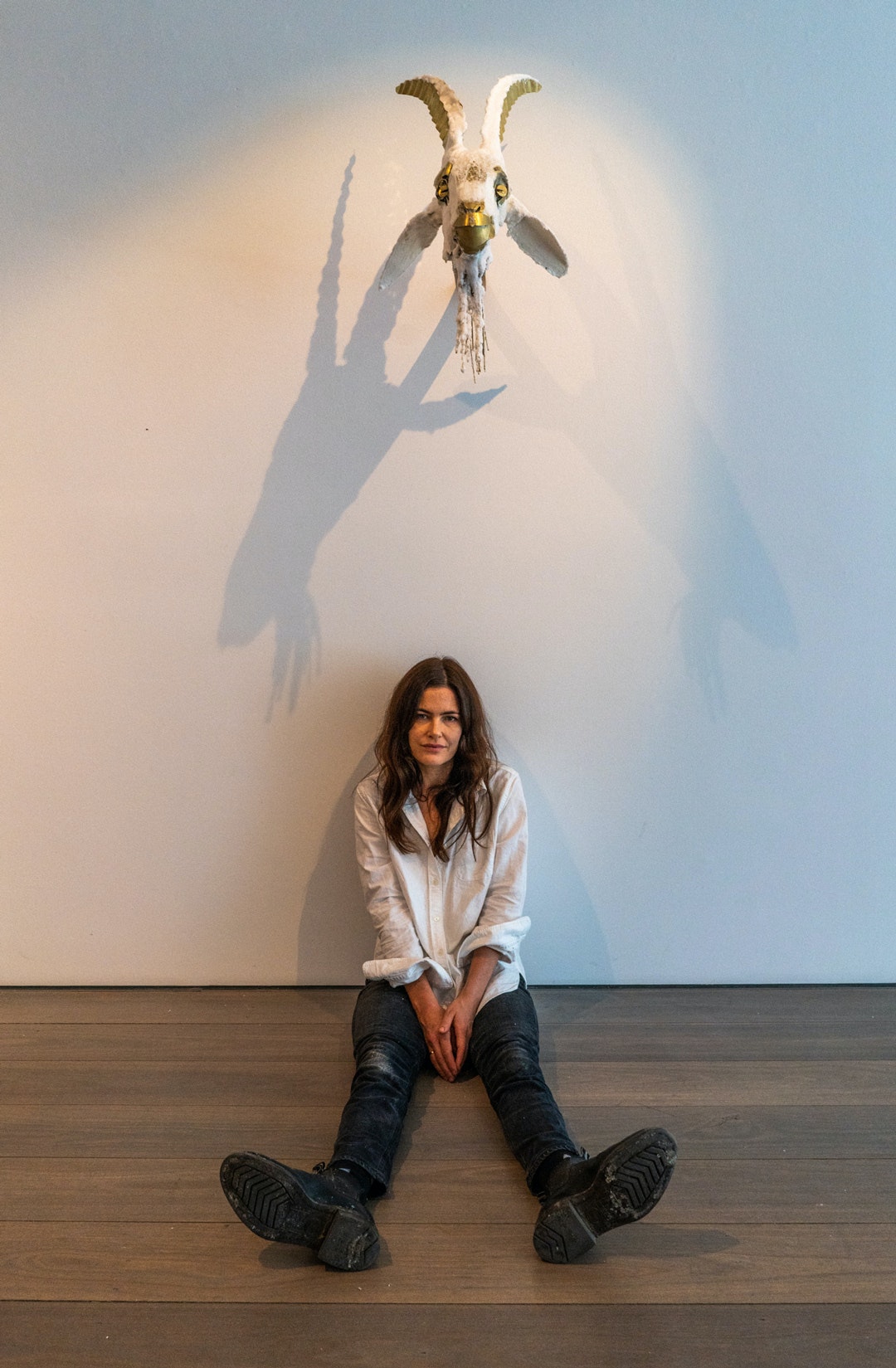 What advice would you give to students finishing up art school?

Pretty much the above. There's another Miles Davis line I like... “It takes a long time playing to sound like yourself.” Work away and your style will find itself, I guess.

What have been some of your proudest moments so far?

There's always been a quiet pride that people want to live with my sculptures. That I’ve been busy for so long and that they must strike a chord with people. Along the way there have been some send out moments, an article in the New York Times, years ago when people in Sydney barely knew who I was. The show in New York. The way the internet carried my work around the world. That I’ve been able to travel for my work. That I’ve had the support of Hermes for 10 years now and have made 13 collaborations with them. But mainly that I'm paid to do what I love. 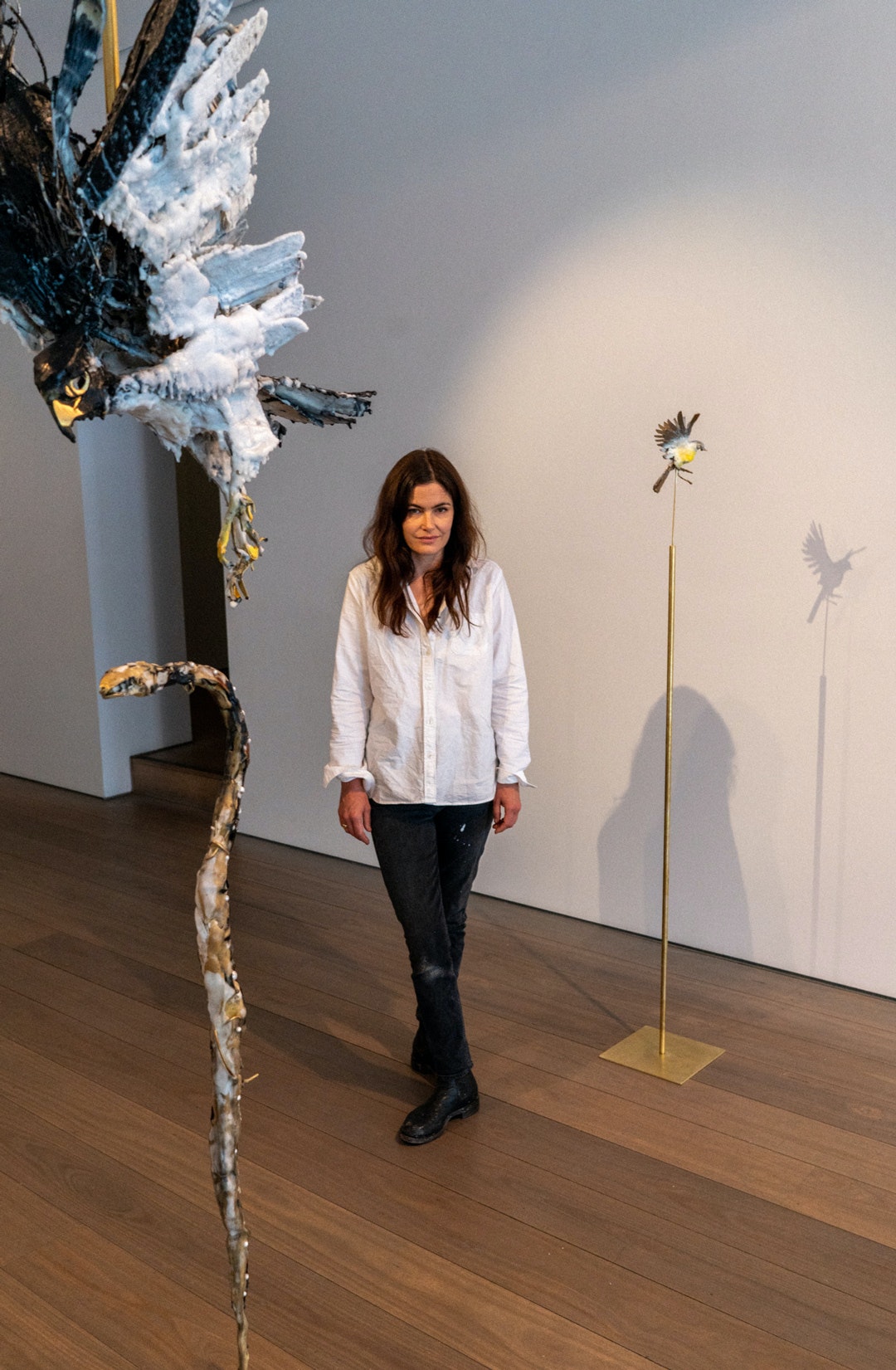 What are some of your earliest influences?

My father is a puppeteer. His animation and bringing to life of figures enchanted me. People have compared my work to taxidermy, but to that I always say “but mine are alive!”.

Can you tell me about your first big break?

It was a modest big break, but Bianca Spender put a small horse in the window of her store in Paddington, from this beginning I got requests and then things built and now I’ve had over 10 years of constant commissions.

You’ve done commissions for Tiffany & Co., Hermes and Bianca Spender. What has been a highlight of these fashion collaborations and how did they enrich your personal practice?

Unlike a lot of artists, I like the commission process. To think of someone when I'm making the work and that the piece is like a present for them. With a fashion house, you have decades (in Hermes case, almost 200 years) of design aesthetic and spirit to respond to. It's a privilege to be chosen to collaborate, the exposure is wonderful and I often get to travel, which is one of my greatest pleasures. 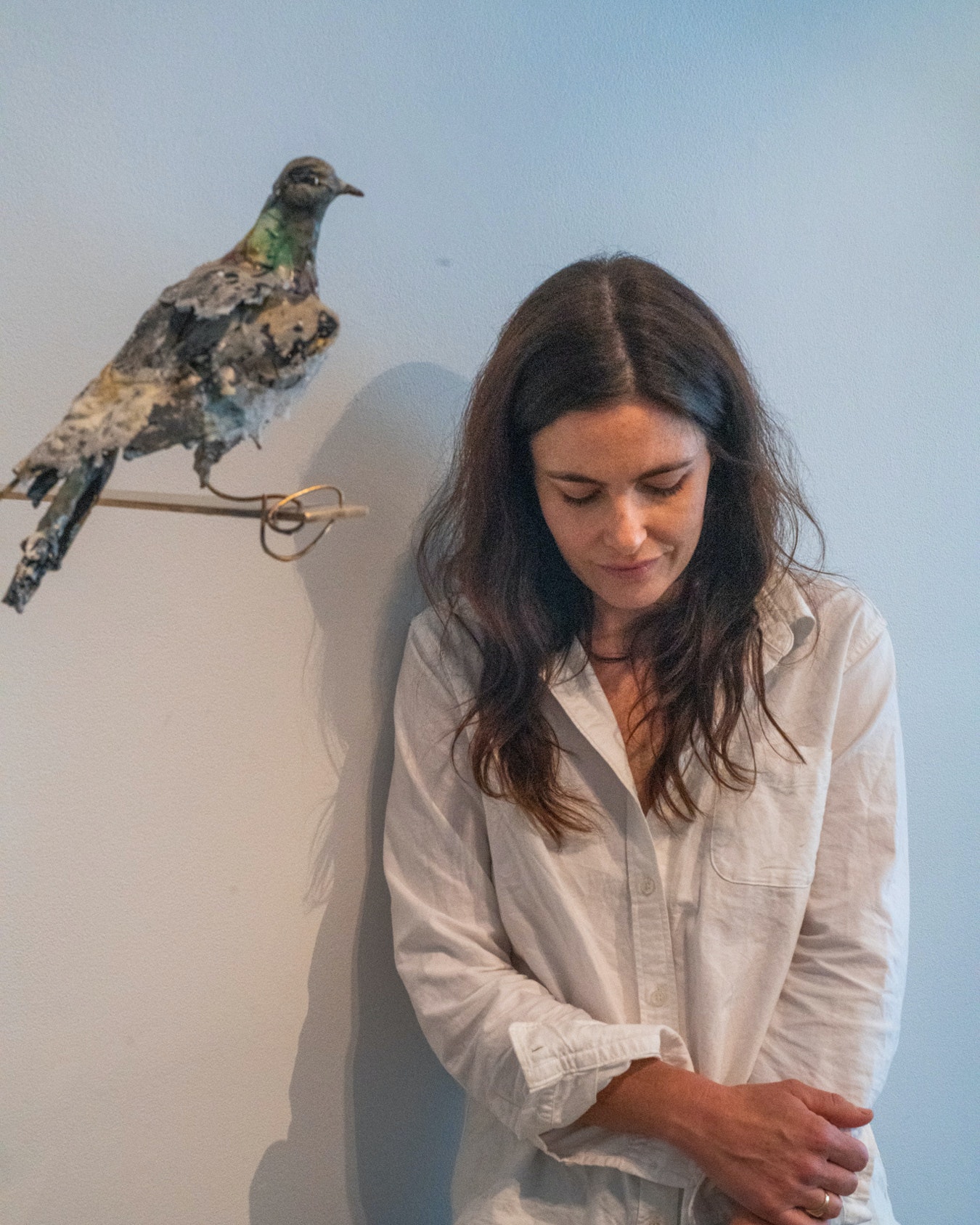 Feeling inspired? Check out the story behind this body-positive swim label, or find out how Vincent Tolefe founded his own record label at 23.