If you haven’t heard of LIVIN, you’ve surely seen their range of uber-cool tees and hoodies adoring the backs of everyone from your local surf groms to the likes of Chris Hemsworth and Jonathan Thurston.

But the most important thing about these slick threads? The message behind them. LIVIN, is a charity that’s striving to break the stigma around mental health. Don’t think this affects you? Suicide remains the leading cause of death for Australians aged between 15 and 44. Which is why the work of Livin is so damn important.

We caught up with LIVIN co-founder and co-CEO Casey Lyons to chat breaking barriers and how we, as a collective, can end these shocking statistics. 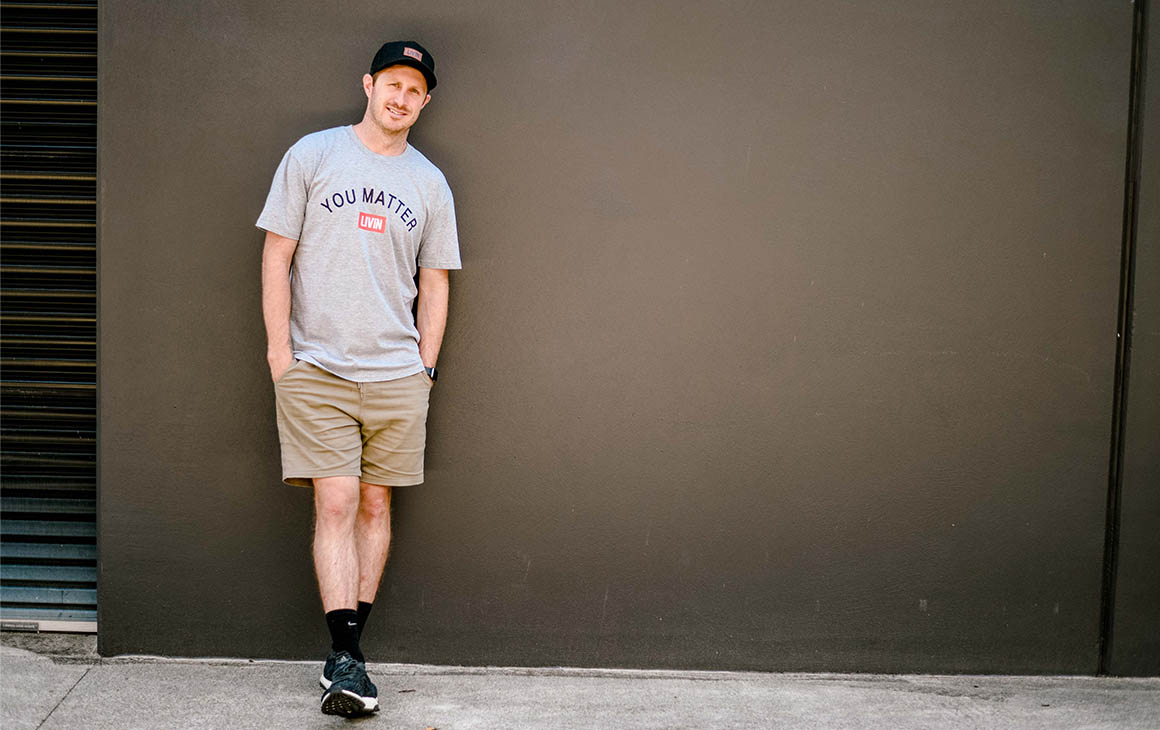 Take us back to the beginning, what inspired LIVIN?

It started in 2013 after we lost a very good man, my best mate, Dwayne Lally to suicide. Dwayne and I were best friends, we met on the first day of grade one and we grew up like brothers, playing rugby together and doing Nippers. Unfortunately Dwayne developed bipolar and depression in his late teens and it was something that he struggled to deal with. He sought professional help but it didn't connect with him.

After his tragic passing we were confronted with the shocking statistic that surrounds suicide and mental health in this country. We were hearing too many stories of people just like Dwayne taking their life. From the outside looking in Dwayne had the perfect life, he had a loving family and friends, he was a good looking guy, he was even an Australian champion boxer but the stigma kept him quiet. [My mate Sam Webb and I] knew we had to turn that negative into a positive and stop people going out in a similar fashion. That's why we created LIVIN.

What did you want to achieve by creating LIVIN?

We want to educate people around mental health, mental illness and suicide so people can live a happy and healthy life and get the help that they deserve. We do that by breaking down the stigma and normalising that conversation around mental illness through our three pillars. There’s our education program called LIVINWell, where we go into schools, businesses, sporting clubs and community groups to talk about warning signs, symptoms and how to help yourself. Our other pillars include our apparel line and events which can range from art exhibition to 24 hour races.

At the time you launched LIVIN, you were working full time as a carpenter, how was it balancing the two?

It was a massive transition for me. I was 25, working as an employee for someone and playing rugby league as well. We kind of just jumped in the deep end and learned on the go. I think that was probably a good thing, we weren't stuck or rigid in our foundations and were open to anything.

When did you go full time with LIVIN?

We started in 2013 shortly after we lost Dwayne and I went full time in late 2015. It was getting too hard juggling being a carpenter. In that job you get paid an hourly rate and I was spending too much time on my phone, checking emails and answering calls about LIVIN. My boss had also lost his best friend to suicide so he told me to give LIVIN a crack full time and if all else fails I had a job to come back to, so that was good to hear. 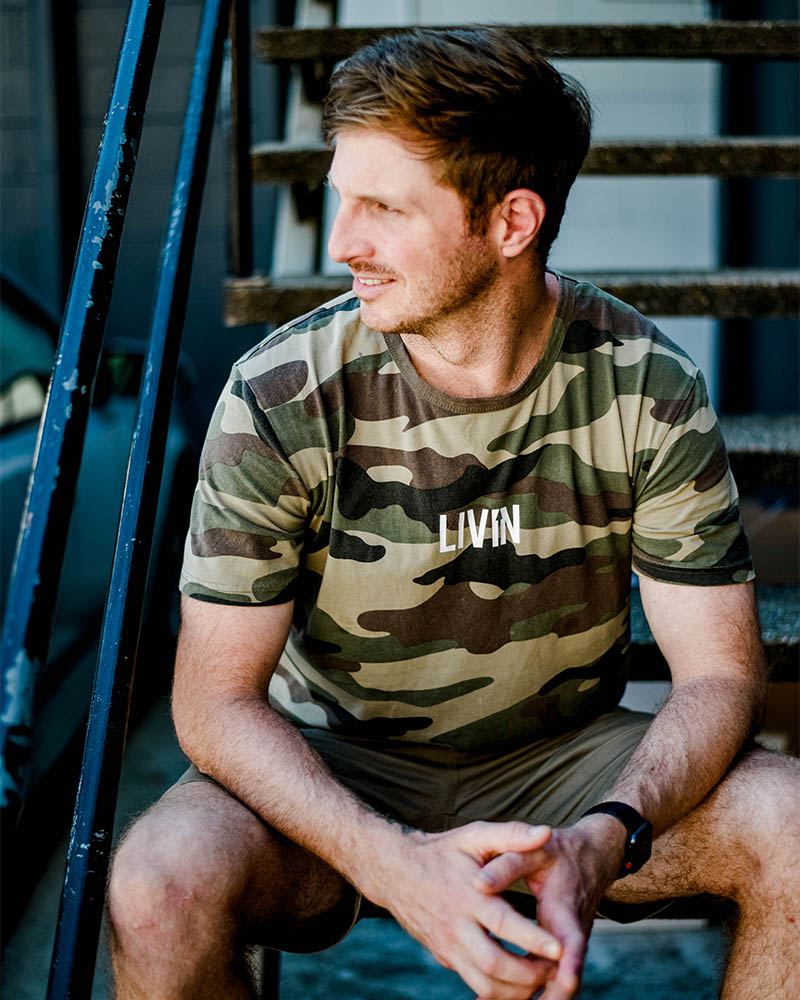 Was it a bit of a scary leap to go full time or did it feel like a natural progression?

Other than getting on a bended knee it was probably the scariest thing I've ever done. It was more a fear of the unknown but I just had to jump in. In the end, it was the best thing to do and to give it the time that it needed certainly helped to catapult it to where it needed to go.

I feel like a lot of people think being your own boss is quite glamorous but am I right in thinking that's not quite the case?

Well it doesn't stop. When I wake up to when I go to sleep I'm working because I'm thinking and I'm scheming. Ultimately it all ends on us. When I shut the door at the office and go home at night I still have to think about how I will keep this running for everyone. Not just for the people we're helping but the people we employ. It's scary but it's also a great challenge and I do love a challenge.

How many people are on the team now?

There's about seven of us so we're still relatively small. We've kind of just exploded in the last six months. For so long we were all wearing so many hats—and we still do—but we had to get some specialists in each role to really take charge. We also have a base of about 15 facilitators which we're looking to double in the next year. 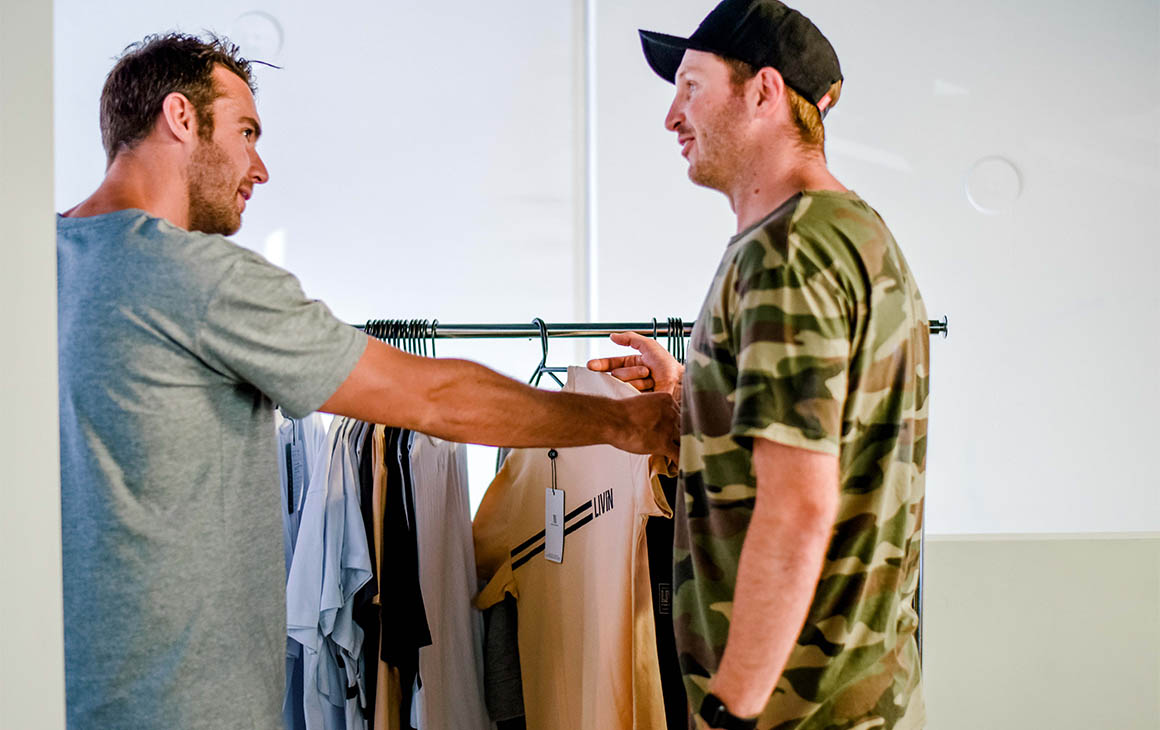 What was one of the biggest hurdles you had to overcome with LIVIN?

Public perception and the stigma attached to the work we're doing. And also, I suppose the fact that we were just two young blokes starting this business, a lot of people have been supportive but there were some sceptics that thought we were taking the piss. But as long we do things right and continue to work hard, we'll prove those people wrong.

Circling back to the apparel, did that happen early on in the creation of LIVIN?

Yes that's what we lead with. At Dwayne's funeral we got some shirts printed up with his face on it and we intended to give the money to the family. But long story short they said, here is some money do something with it and that's when LIVIN was born. We actually intended to just be a clothing brand to begin with and were going to donate the proceeds to a charity but we couldn't find one that was ticking all the boxes of exactly what we wanted to do and applied to Dwayne’s situation. The natural progression was we became a charity. The merch is still a massive part of who we are.

Suffering from Hoodie withdrawals? Never fear, our stock is on its way! Be the first to hear when they drop by signing up to our newsletter and you’ll be able to grab your winter threads before we announce it anywhere else! You’ll also be kept up to date on all things LIVIN and breaking the stigma surrounding mental health ⬆️ LINK IN BIO ⬆️ #itaintweaktospeak #livinhoodie

They're awesome designs, I bought one last week and they're much cooler than the charity tees I’m used to.

That was very integral to us from the start. We knew we'd only have success if we did it right. It had to be good quality and it had to be something that people would wear more than once. It's a like-minded community, if you wear a LIVIN shirt people will give you the head nod, that wink, it's an understanding. People wear it for a reason and as a sign of support.

What advice for those who are wanting to start their own not for profit?

Whether it’s a not for profit or business, the same rules apply really. Do your research, find the gap and give it a crack. You'll never know until you jump in and if you fail, fail fast and move on to the next thing. 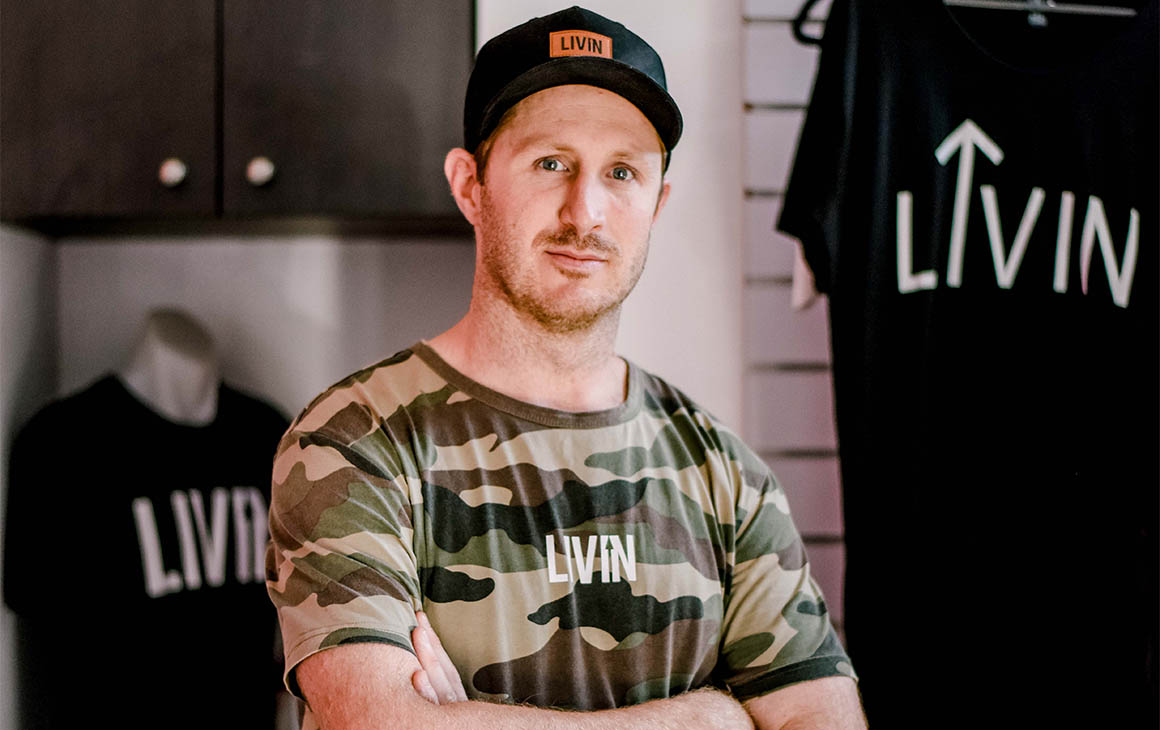 How do think the conversation around mental health has shifted in Australia in recent years?

You see it more often, it's spoken about more frequently but it's hard to say if that's still just surface level. The statistics still represent a high number of people dying by suicide, a high number of people experiencing mental health challenges in any given year so we’ve still got work to do but at the same time there’s been a promising start.

Looking to the future, what's in the pipeline?

We just want to grow the movement right around the country, far and wide. We want to effect change in the youth of this country because if we teach them young hopefully they grow up in a way where talking openly about mental health is just second nature. In the same way we call a doctor anytime we have a runny nose, we want that to be the same with mental health.

Finally, what's an average day look like for you?

6am: Wake up do not touch my phone. Play with my daughter, have a lemon and salt water and go for a walk along the creek.
7:30am: Breakfast and a cold shower.
8:30am: Check phone and answer emails adn social messages.
9am: Arrive in office and start working on my day. I tend to get into the harder more strategic work at the start of the day.
1pm: Lunch and some time outside in the sun.
2pm: I try to have most of my meetings in the afternoon when productivity is dipping.
6pm: Family time.

Feeling inspired? Check out our Getting The Gig chats with Lauren Eldridge and James J Robinson.