Truth time, I’m a total wimp when it comes to horror. I have nightmares for weeks and often end up watching the flick through my fingers. But, when said horror flick is directed by Japanese-Australian filmmaker Natalie Erika James, I’ll absolutely make an exception.

The Melbourne-based director is making waves in the world of film for her thought-provoking approach to the horror genre. She recently premiered her latest feature flick, Relic, at the 2020 Sundance Film Festival and it’s got everyone talking.

Led by an all female cast (Emily Mortimer, Robyn Nevin and Bella Heathcote), Relic tells the story of Edna, an elderly matriarch who goes missing. Suffering from Alzheimer's, her worried daughter and granddaughter travel to the remote family home in the Melbourne countryside to find her. Soon after her return, they start to discover a sinister presence haunting the house and taking control of Edna. Intrigued? You can catch it on Stan from Friday 10 July.

We caught up with James to chat about how she cracked the notoriously difficult film industry, the deep personal connection she has to Relic and how she managed to do all of the above by the age of 30. Yes, she's a true boss babe.

When did you first discover your love of cinema?

I have wanted to be a director since I was 13. That was when I discovered cinemas and those classic directors like (Stanley) Kubrick and (Andrei) Tarkovsky. Prior to that I actually became obsessed with film through Lord Of The Rings and the box set DVDs that Peter Jackson made of everything behind the scenes. I became enamoured not just with the craft but also the camaraderie of the filmmaking process.

But I don't think I really thought of it as a viable career until high school. I had a wonderful art teacher in Shanghai who really encouraged me to pursue it. She was Aussie as well and encouraged me to apply to the VCA (Victorian College Of The Arts) in Melbourne. It was my dream school and thank Christ I got in because my backup was law. 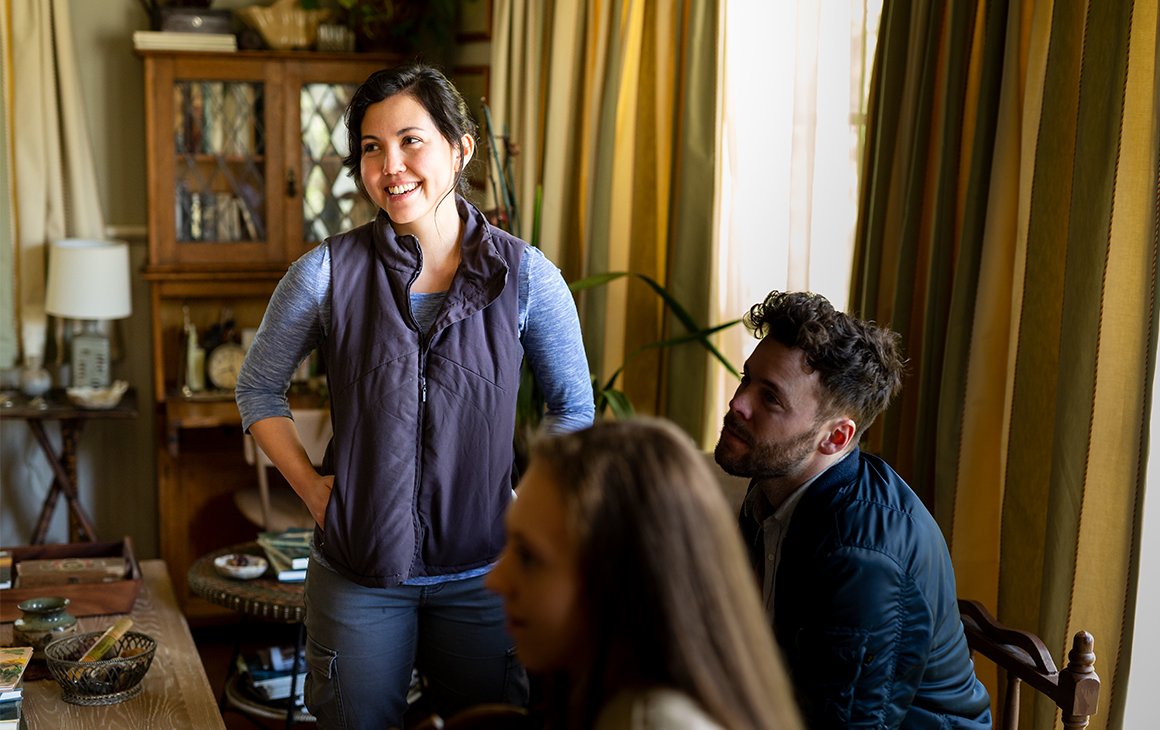 Aside from LOTR, what films did you have on repeat growing up?

I loved the Ghibli films, those were always on repeat. I also watched a lot of Asian horror in my teens which is probably the reason why I'm making horror films today. I was also a massive fan of David Lynch and David Cronenberg.

Who and what inspires your work?

It's a mix of things for me. Definitely other directors' work is a big factor and I do a lot of visual research via many different mediums of art. When I'm starting to begin a project the idea or an image or a concept comes first and then I flesh that out with the writing alongside the visual material that I've collected along the way. And of course your own experiences and fears too—that's a big factor.

The world of film is a notoriously hard one, how did you crack the industry?

I had no aspirations of moving to LA, even before I made Relic, because I love Melbourne so much. I think part of [breaking into the US] was having US representation, which I gained through some shorts that I had done and from networking at film festivals around the world.

What’s one of the biggest hurdles you’ve had to overcome in your career?

Filmmaking is rife with rejection. It's inherent whether it's a film festival or a job, or a director's attachment. Funding, for example, is something that is always hard. For me, the best way forward has been casting the net wide and almost assuming you're not going to get it and then be happily surprised when you do. It's kind of an approach that actors have to take when auditioning as well. 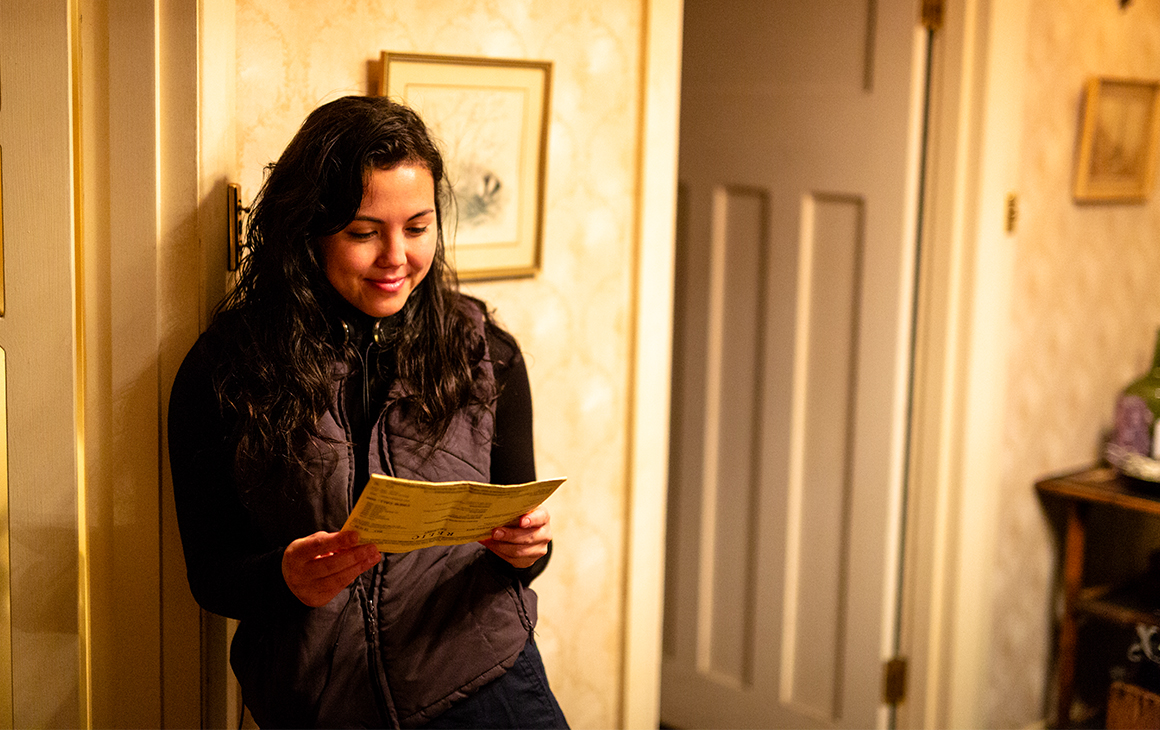 So you've developed a pretty thick skin then?

It's a matter of managing your expectations and tuning out the stuff that really doesn't matter. For me, the way that I've been able to move forward is to just come back to the work and not worry about status or what festival you get into. It's about doing work that is true to yourself and makes you happy.

On the flip side, what’s been one of the biggest achievements so far?

The whole Sundance experience was truly a dream come true. It's the kind of thing that you aspire to as a film student. To have achieved that is still surreal to this day. When I found out I was in Japan travelling with my partner and I immediately burst into tears. We were in this empty cafe and all the waitresses thought he was breaking up with me. And then he proceeded to take all these photos to commemorate the moment, so they were really freaked out.

Not only did you direct Relic, but you also co-wrote it—how did the story come about?

I started writing it back in 2014 when I took a trip to see my grandmother who lived in Japan. That particular trip was really memorable because that was the first time she couldn't remember who I was as she was suffering from Alzheimer's. So I had a lot of feelings of guilt associated with that. She also lived in this quite creepy, traditional Japanese house that you see featured in all Asian horror films. The combination of those two things was really the starting point for the story. 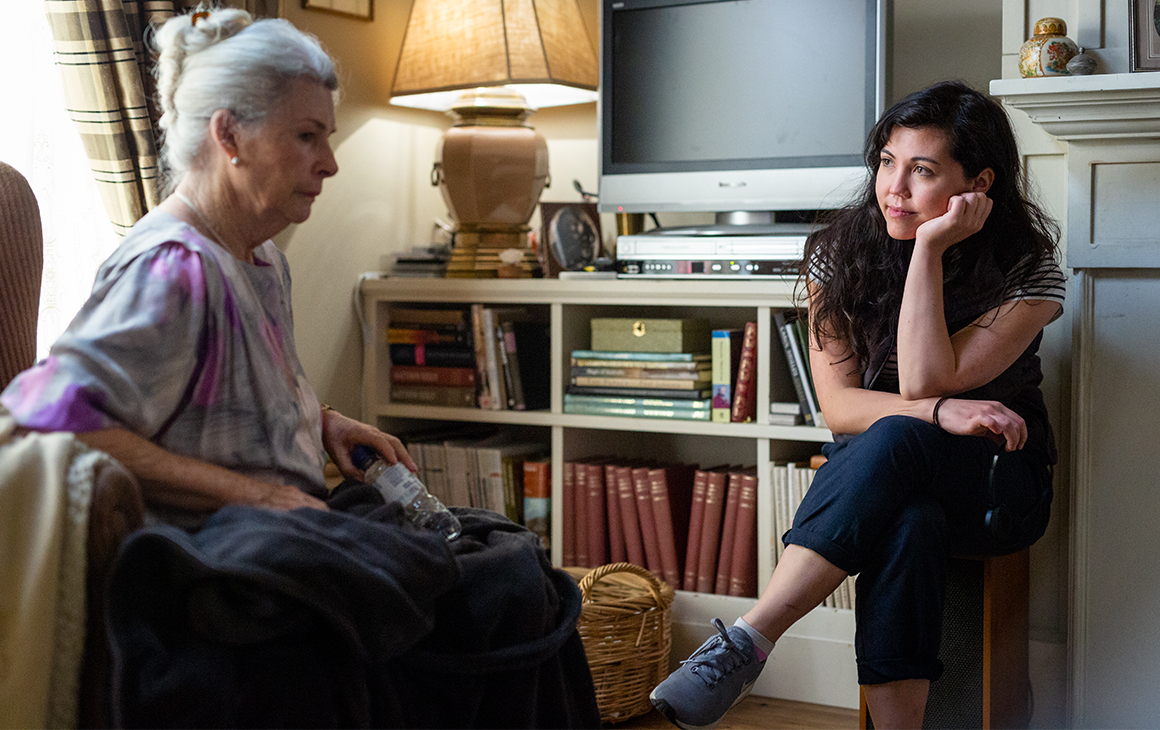 You had an all-female stunt team on Relic—is it important to you to have a strong female representation in your work?

Definitely! I'm really passionate about gender parity in the industry, both on camera and in the content that I write but also behind the camera as well. I tend to gravitate to stories that are about women—I don't know if it's easier but it comes to me more naturally to write from that perspective so it's kind of a no-brainer for me.

Forgetting about COVID for a sec, what's the dream project next for you?

I'm actually writing a few projects and they're all in the world of horror. The one that is the most developed is a folk horror set in Japan with an ensemble cast, so I'd love to get that complete. Beyond horror, genre-wise I'm also a massive Sci-fi fan and one day I would love to do an epic. Something super over the top, Game of Thrones/Lord Of The Rings style. I loved doing stunts for Relic—even though there wasn't a shit ton—I fell in love with the process so it would be really fun to do more stunts too.

And finally, what’s your best advice for aspiring filmmakers?

It sounds very basic but the best advice is to keep creating. It doesn't matter on what scale, it can be a $500 short film that you make with your two friends. The thing with this industry is that no one will believe you're a director until you believe in yourself first so it's paramount that—yes we take all sorts of jobs to pay rent—but you keep coming back to making your own stuff.

Scope the trailer for Relic below: