This week’s NAIDOC celebrations might not have gone to plan (cheers COVID) but that doesn’t mean that we won’t celebrate it in a big way.

For those who aren’t familiar, NAIDOC Week honours the rich history, culture and achievements of Aboriginal and Torres Strait Islander peoples. And although the awards for 2020 have been cancelled, the chosen theme still rings true: Always Was, Always Will Be, which recognises that First Nations people have occupied and cared for this land for over 65,000 years.

With that in mind, we’ve crafted our own list of incredible First Nations peoples who we reckon deserve an extra special shout out. And while NAIDOC runs from 8 to 15 November, these game changers deserve to be celebrated day in, day out.

Prepare to be inspired.

If you’re an avid Urban List reader you’ll know we’re big time fans of songbird Miiesha. The proud Pitjantjatjara woman dropped her debut collection of songs, Nyaaringu, this year and it’s earned her a legion of fans. With her smooth, honey-like tone that echoes Solange and FKA Twigs, Miiesha quickly cemented herself as one of the biggest voices of 2020. Weaving her heritage beautifully within her music, tracks like Black Privilege and Drowning offer a moving insight on Aboriginal rights in Australia. And if you needed further proof of what a cracking good year Miiesha’s having, she was recently nominated in a whopping five categories at the 2020 ARIA Awards. Listen to her ethereal sound here. 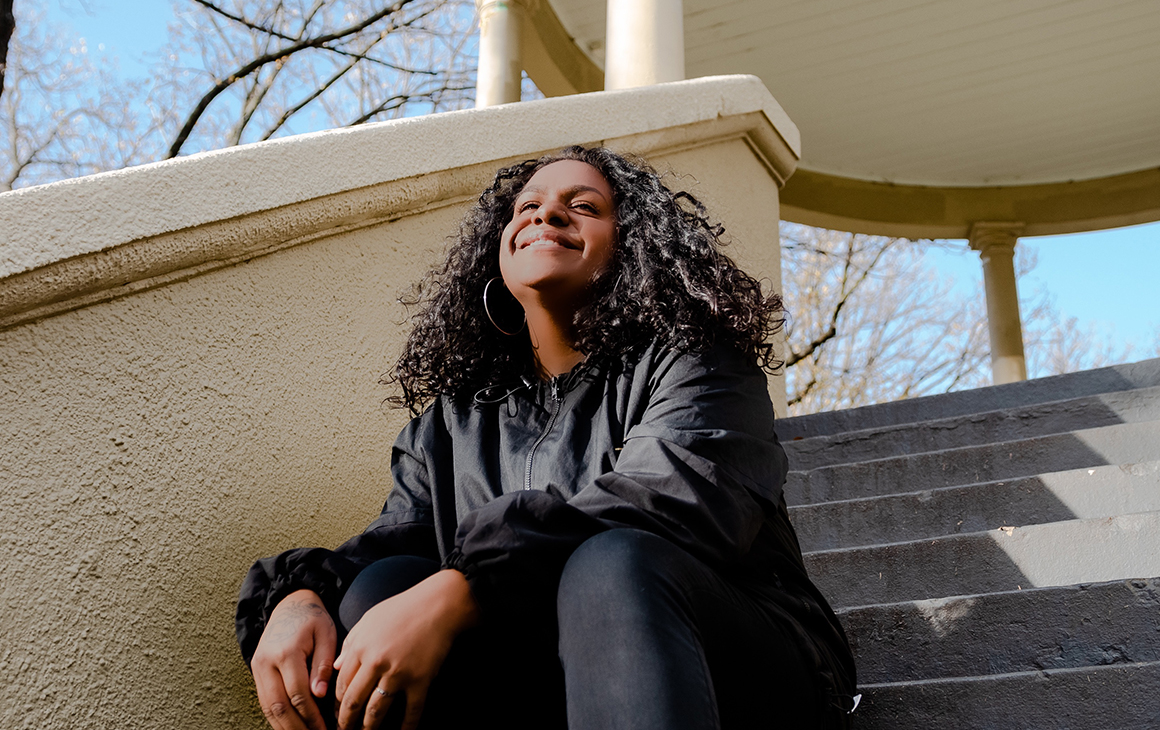 In the simplest of terms, Luke Currie-Richardson is a jack of all trades. Uber talented, and insanely inspiring, he’s a proud descendant of the Kuku Yalanji and Djabugay peoples, the Mununjali Clan of South East QLD, the Butchulla clan of Fraser Island and the Meriam people of the Eastern Torres Strait Islands. Bursting onto the scene back in 2012 when he joined the Bangarra Dance Theatre, he went to perform in sold out shows across Europe, America and Australia during his seven-year stint in the Indigenous performing arts group. Most recently he’s been gaining attention for his insane photography skills that he shares on Instagram, capturing raw, moving images depicting what life is like on stolen land. His images are accompanied by equally moving poetry. A role model to both Indigenous and non Indigenous people, scope his amazing work here.

If you haven’t devoured one of Tara June Winch’s books yet, then make that your priority this week. The Wiradjuri author released her first novel, Swallow The Air, in 2006 at just 22 years old (not a typo). It was critically acclaimed, loved by many, raced up the charts and became a fixture in many school syllabuses thanks to its honest storytelling of struggling to find one's identity. Most recently, her 2019 novel, The Yield, which tells the story of First Nations culture, discovery and love, won the 2020 Miles Franklin Literary Award as well as the Christina Stead Prize for Fiction, the People's Choice Award and Book of the Year at the 2020 NSW Premier's Literary Awards. Check out all of her epic books here.

Straight up, we’re absolutely obsessed with Brisbane-based artist Tori-Jay Mordey and her colourful creations. Known for her bold, larger-than-life illustrations, Mordey draws inspiration from her family and Torres Strait Islands heritage. Her pieces have appeared everywhere from large-scale murals around Brisbane’s CBD and in residence at Museum of Brisbane, to the side of the William Jolly Bridge and within the pages of the much-loved book Shout Out To The Girls. Her signature dream-like cartoon characters are visually stunning and evoke a myriad of emotions, from love and elation to heartbreak and despair. We could go on but go you really just need to go scope out her creations here.

We’d be lying if we said we didn’t have a big old girl crush on Allira Potter. A proud Yorta Yorta woman, Potter has seen her Instagram following grow from 4,000 followers to over 22K in just six months. Why? Because she’s unapologetically herself, revealing everything from her mental health struggles to sharing her sassy wit and good vibes through her work as a psychic and healer. Her appointments might sell out in minutes these days, but her dedication to supporting Indigenous culture is unwavering, offering free healing circles and constantly championing First Nations people and brands on her platform. For a dose of her feel-good vibes and infectious energy, head here. 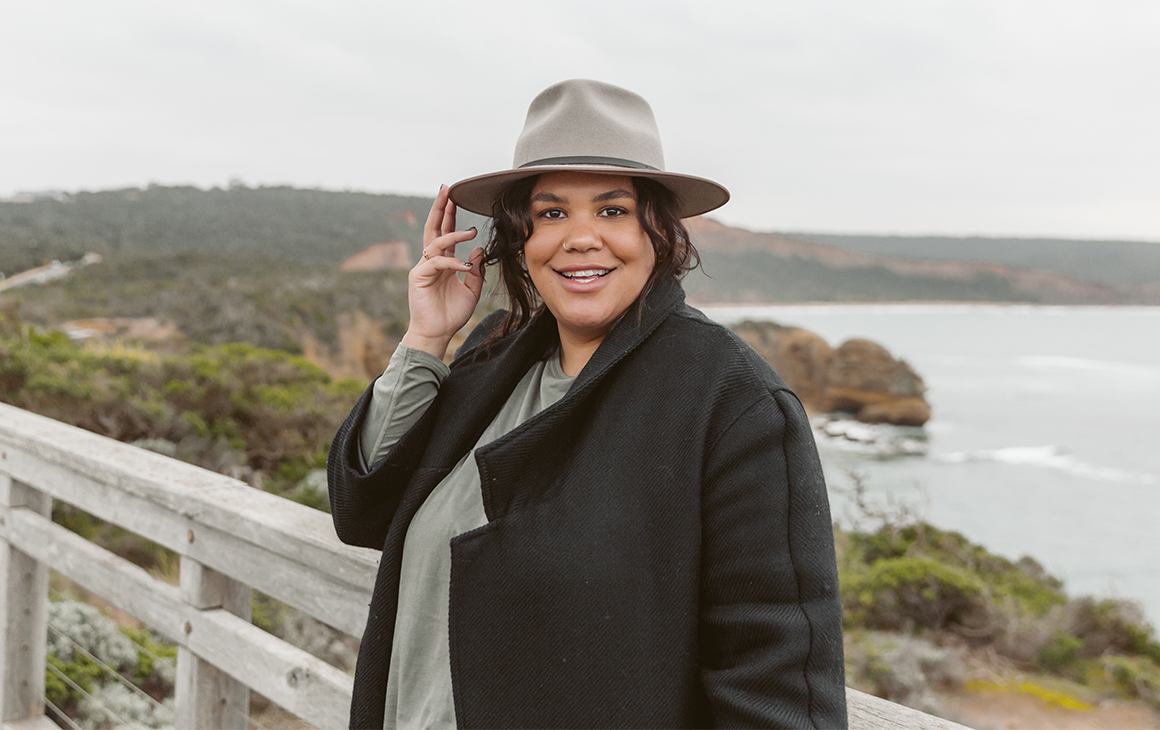 If you’re not familiar with Ziggy Ramo Burrmuruk Fatnowna, you’re going to want to bless your ears with his incredible sound immediately. The musician, whose heritage includes Aboriginal, Solomon Islands and Scottish roots, is responsible for penning some of the most important music Australia has to offer. In June, as the Black Lives Matter marches took place around the country, he dropped his EP Black Thoughts, a collection of songs he originally penned five years earlier, during a dark time in his life. Upon its release, Black Thoughts sent shockwaves around the country for it’s no holds barred honestly, tackling issues of racism and colonial dispossession. On top of the success of his album—which was live streamed at the Opera House—Ramo called out the ABC for censorship when they refused to let him perform his song April 25th on air, now that takes guts. Take note of this incredible human folks, and follow his journey here.

Clothing The Gap’s Chief Creative Officer Sianna Cantullo and managing director Laura Thompson have made it their mission to educate Australia on the rights around the Aboriginal flag. Creating the Free the Flag movement, Thompson, a proud Gunditjmara woman and Cantullo, a proud Narungga woman, along with their entire team at Clothing The Gap and Spark Health, have worked tirelessly to get the government to give the copyright of the flag (which is currently owned by a non Indigenous company) back to the rightful owners—the people. Between speaking with government officials and pounding the pavement, a particularly poignant moment was at this year's Sir Doug Nicholls Indigenous Round in the AFL which saw nearly every team take to the field in CTG’s signature Free the Flag tee. But sadly, the fight isn’t over. Head here to see what you can do. 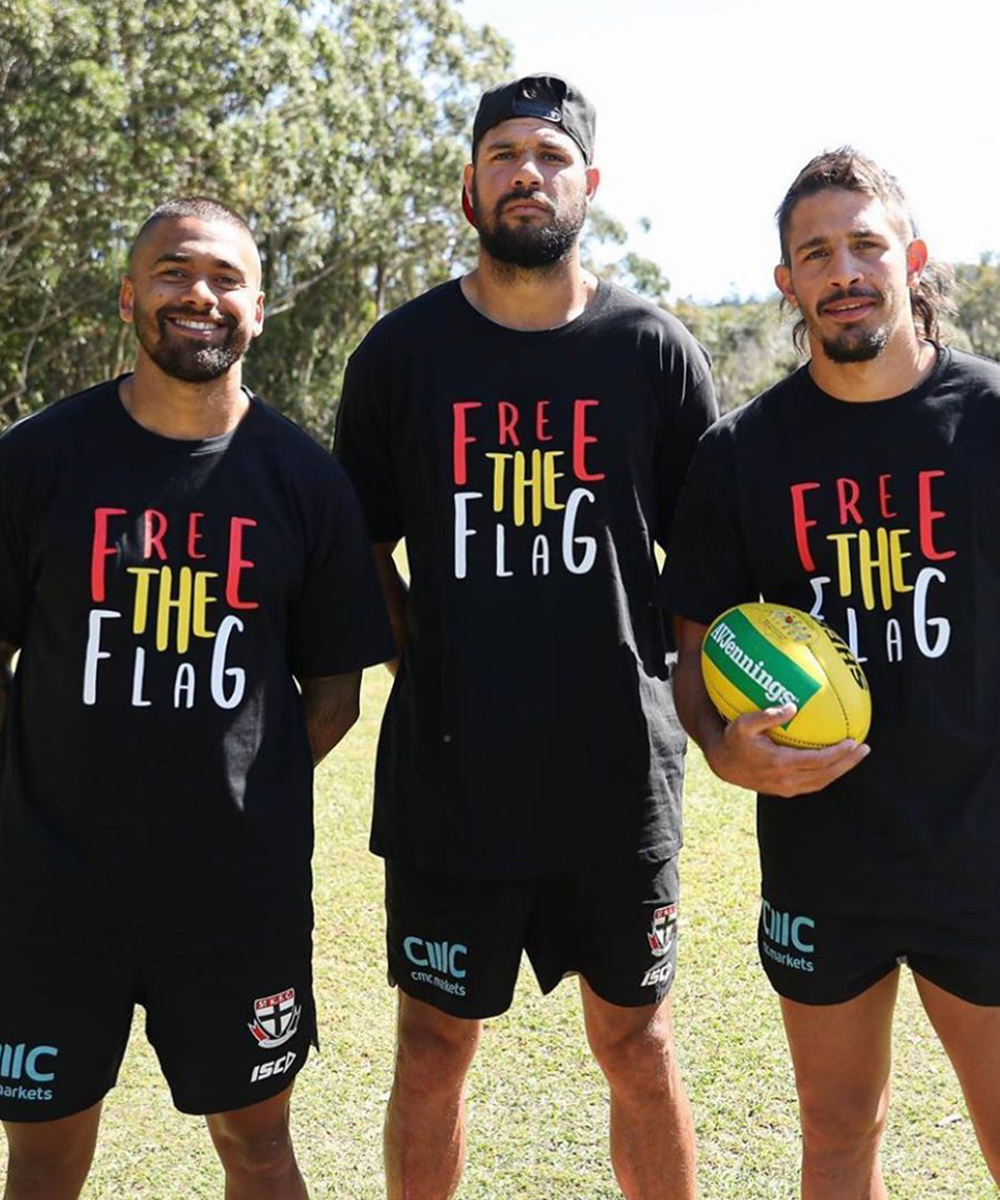 While he’s got an incredibly impressive list of awesome movies and shows under his belt (Neighbours, Redfern Now and The Sapphires) that’s not the reason for Meyne Wyatt making this list, although those achievements alone make him worthy. No, we’re giving a special shout to the proud Wongutha-Yamatji man for his goosebump-inducing performance on ABC’s Q&A in June, where he raised hairs and drew tears as his four-minute monologue is from City of Gold (the semi-autobiographical play he penned) went viral. As if that wasn’t enough, in September he won the Packing Room Prize for his stunning self-portrait, making history as the first Indigenous artist to win any of the prizes on offer at the Archibald prize in its 99-year history. Keep up to date with his amazing work here.

You might not instantly recognise her name but you’ll surely know her uber-popular clothing label and her trademark slogan jackets. Jones, a Gomaroi woman, is the talented founder and designer of Ginny’s Girl Gang. While loads of people have adored her designs for years, it was in February, when comedian Celeste Barber wore a custom Ginny’s Girl Gang jacket on stage at the Fire Fight Australia relief concert that Jones became a household name. Currently living and working from the US, Jones isn’t resting on her laurels. She’s pumping out powerful, thought-provoking designs and most recently launched her own podcast, Unapologetically Blak with her pal AJ, where the duo will be discussing topics that have “been placed into the too hard basket” while  “laughing, crying and yarning along the way”. Sounds like a winner to us. Stay up to date with episodes here.