Get Educated, This Legend Just Turned Your Most Googled Sex Questions Into A Podcast

Think back to when you first learned about sex.

Perhaps you were sitting in a classroom, fixated on an educational VHS starring “Healthy Harold”—a symbol of sweeter times pre-puberty. Maybe it was a fleeting conversation with a parent you dismissed because the idea of latex slipping over a banana is just sans fun entirely. Or, it may have been a brief experience with Internet Explorer in which you otherwise cleared from your family computer’s search history. Alternatively—it could have very well been the sealed section of DOLLY magazine whereby the resident DOLLY Doctor spilt the tea (and no, you still can’t get pregnant from riding a bike).

Though it might seem like we have many vices to lap up all the information about sex as we grow up and become more curious, one of the most searched sex questions to this day is “how to have sex”. Shocked? So was Rowdie Walden.

As the creator and host of Search Engine Sex, Rowdie’s podcast is a no-frills approach to sex and relationship advice, one that is fuelled by the internet, which, has kind of taken on this “all-knowing” power like the "Wizard Of Oz", when it comes to answering our burning sex questions of the 21st Century.

Search Engine Sex (which is actually Spotify’s first original podcast from its Sound Up accelerator program dedicated to amplifying the voices of First Nations people) is relatable as much as it is refreshing, making leaps and bounds for candid sex conversations with no biases attached. That means you’ll find episodes spanning topics like wanking, how to have good sex and what actually makes a healthy relationship. You’ll also be in for some stellar interviews with sex psychologist Chantelle Otten and writer and podcaster Benjamin Law which will throw some “sexistential” ponderings your way and some uber enlightening knowledge as well.

Since it’s been one of our favourite new podcasts of 2020, we decided to catch up with Rowdie Walden himself and chat all things about the making of Search Engine Sex, how sex is represented in today’s pop culture and the weirdest phrase he knows for “wanking”.

Talk us through how the idea for Search Engine Sex actually came about?

I don’t know about you but I am the type of person that searches my problems online instead of going to the doctor or instead of going to a reputable source. I was like, I can’t be the only one doing this right? It turns out like 80 per cent of us do this and then I thought okay, if we’re all doing this, what are we all looking up? 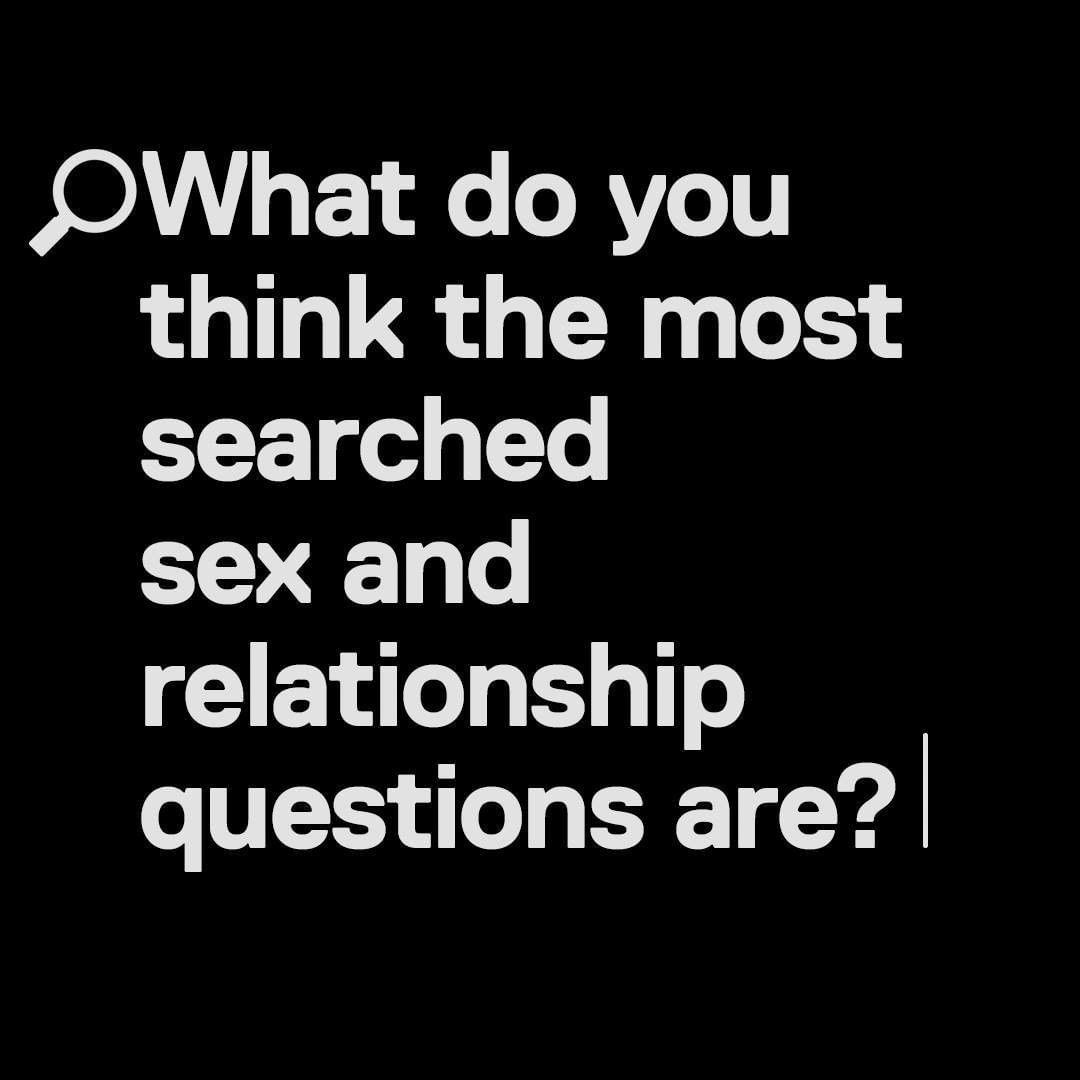 So, who have you created this podcast for? And what can people expect?

I’ve tried to make it very inclusive so no matter your gender, or your genitals or your sexuality, you can at one point tap into the show and find a bit of a connection to it or walk away from an episode and still feel like you’ve learnt something or had a bit of an “aha moment”. Even if the episode is about “how to measure a penis”—hopefully, there’s something you might learn or find interesting.

We have a “Quickie” episode too which is one of our shorter episodes which [for exmaple could] detail the process of getting an STI check-up because the data showed us that straight men were less likely to get an STI test, so there are instances where we sort of try and target different people but for the most part, we’re trying to be broad without being boring.

I think the way that we’ve been able to do that is that we don’t talk about hetero-sex or sex in a way that’s gender-based, it’s more like genital based as a way to be connected to it on a personal level.

You talk about being keen to re-educate Australia on sex, what was sex-ed like for you at school?

My sex-ed was really basic, I don’t think I had a bad sex-ed it was just very top-line. It was very much like sex is about procreation, there was nothing about pleasure, there was nothing about different types of sex and I remember there being like a lot of things about the bad sides of sex—sexually transmitted diseases or the things that could go wrong.

Even within that scope, we have episodes on relationships and it’s not just heterosexual relationships. Hopefully, the way in which we try tackling these questions will help change the way we think about sex relationships as well.

Why was it important for you to steer these types of conversations around sex and relationships?

I think it’s because I’m not heterosexual so when I was researching this show, or even looking up things, the information I came across wasn't necessarily approachable for me. I also think that when it comes to sex and relationships, there’s no need to talk about sex as gender, our spectrum of sexuality and spectrum of relationships is so vast. I mean imagine if I had the podcast and I just spoke about gay relationships, it was a very conscious decision to take the bias out of the show.

Do you think there’s been a shift in the way people perceive sex and what relationships mean over the last few years?

I think we’ll look back on this period and be like, this was the modern, golden years of sex because we do have so many podcasts and new avenues where people are talking about sex. With shows like Sex Education—the way that sex is being represented in pop culture is very different, it’s sex without the sexism. Sex is represented, like in the Netflix show I’m Special, for the actual awkwardness in which it is.

You get to chat with some pretty awesome people, like sex pyschologist Chantelle Otten, what was the biggest takeaway from your chats with her?

I could listen to her velvety voice all day—I feel like I need to get her back to do an ASMR. She’ll be a returning guest for sure and she’s so knowledgeable about everything. The way that she talks about sex is so approachable.

I think the biggest thing I took out of my interview with her was the opportunity to reflect on my own relationship with sex. There’s a really awkward part where she asks me—“why do you have sex?”, it shook me for weeks. I’m still really unsure about it because it’s such a big question and I don’t think most people have reflected on that.

I called it out at the end of the show and I think it’s really important for people to think about because it’s such a gamechanger of a question.

My favourite is “taking the self-guided tour”.

You can also spice up your life with all the sex podcasts you should have listened to by now, right here.