From Britney to Justin, Fred Durst, Paris Hilton, Kim Kardashian, and Ashton Kutcher in just about every episode of Punk’d—Von Dutch was very, very big in the late 90s and early 2000s.

It was a rapid rise and major fall from glory, with the brand being the coolest and then the most uncool in the space of about five or six years. But because fashion is a glorious merry-go-round, and because Kylie Jenner wore a Von Dutch trucker on Instagram, Von Dutch is back and their latest collab with PUMA is all the noughties vibes you need in 2020, minus the Britney and Justin matching Canadian tuxedo.

The Von Dutch x PUMA collection features a bunch of PUMA streetwear, each slashed with the immortal Von Dutch emblems. Everything is candy pick with Von Dutch’s signature black and white punk-inspired tartan. In the mix is a reversible track jacket, sweat pants, a crop top, a t-shirt, and yes, a trucker cap complete with patches. 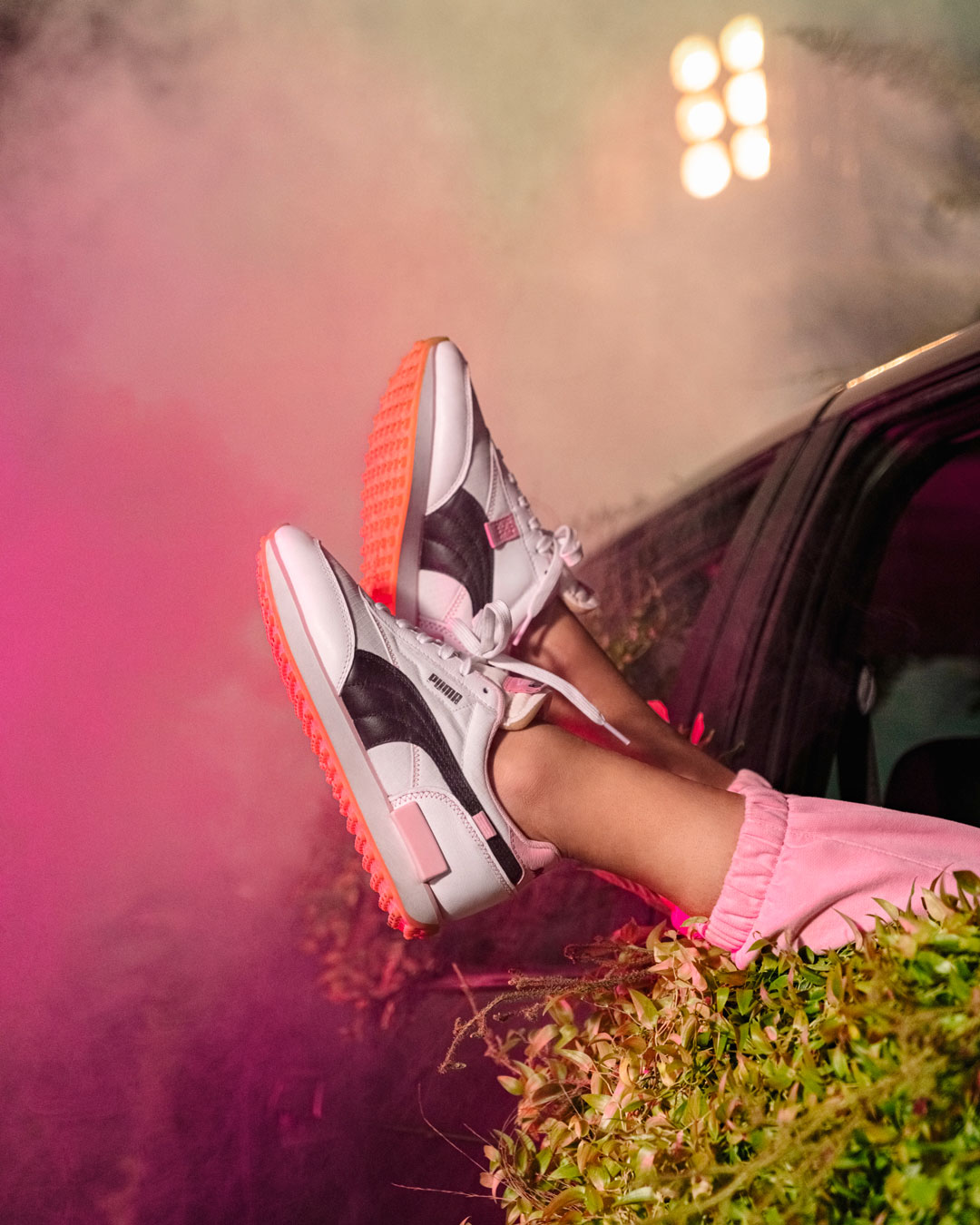 There’s also a bucket hat and a few sneakers too—including a women’s Future Rider in white with pale pink accents, and a Ralph Samson mid featuring a silky suede heel piece with a mesh insert on the collar.

Look, we might have lost Keeping Up With The Kardashians—but the essence of noughties-era American culture is ready for a big-time style comeback (just please no Ed Hardy, ok?).

The Von Dutch x PUMA collection drops in Australia on Saturday 12 September, and you can shop it all right here.

While you're here, check out some of the best sneakers dropping this month.