This Week On the Web | Our Picks

Happy Friday! Hopefully we're all ready to approach the weekend as much as this guy.

We know you'll be way too busy to look at your computers screens this weekend (surely you'll be enjoying the gloriousness of the world instead of being chained to a desk), so we've wrapped up the best of the internet over the past week to make you feel freaking good about yourselves, like THIS good.

Firstly, this is what I'm doing over the weekend.

I can't imagine how anyone POSSIBLY missed the entirely pervasive personal comic book maker Bitstrips over the last couple of days. It's literally been downloaded around 3 million times in what, a week? Live your life cartoon style - we certainly did in the office.

In case you weren't already breaking out in a sweat over the hunk cred in The Wolf of Wall Street, the second trailer has just been released - swoon away. Oh this is cool and new too.

Speaking of involuntary emotions...tell me you're not crying over this.

While this guy was busy almost dying, Katy Perry and Ja'mie told each other that they ILY and debated the intricacies of sending a "titty text". So #quiche.

Google and the big guy upstairs collaborated and it ended up not so appropriate.

Just when we'd forgotten about this, Paris Hilton reminds us that she's still totally culturally relevant. Hope she doesn't turn up at mine looking for candy. 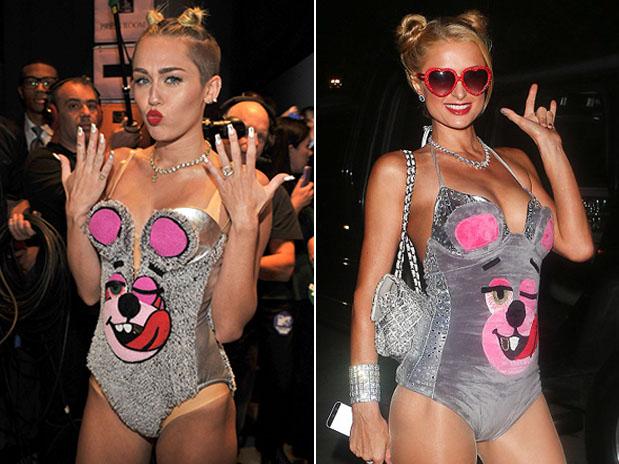 Maybe she was jealous of this chick becoming the new face of L'Oreal cause she's like, not that hot or anything. *Cue dying of jealousy*

But in the world of best Halloween costumes ever...Neil Patrick Harris and his so-cute-you'll-wanna-eat-them-all family take the cake.

If you've had a rough week and you need some self esteem, you can now purchase fresh egos at the pop-up Yeezus store in LA. Bow in the presence of greatness yo'.

In much more significant cultural news, Velvet Underground crooner and all round music legend Lou Reed passed away, leaving a legacy of beautiful lyrics, timeless hits and a lot of heavy hearted admirers. Listen to a tribute playlist here.

To lighten the mood and finish things off, here are some dogs to get you up and about. Or here if you're into cats.

Have a good one guys!