If you’re anything like us, about 70% of the reasons why you visit the movies is to splurge out on the goodies that you take into the cinema. From the 17th August to 3rd September, the Brisbane International Film Festival takes to the screens, and we have ten good reasons for you to visit (with your copious amount of popcorn, of course).

Name a more iconic duo than that choc-top you were craving with 12 of the best new films across the globe… we’ll wait.

My Life As A Zucchini

If you aren’t a fan of the zucchini vegetable, think again. This animated feature is sure to leave you all watery-eyed, clutching a box of tissues for dear life. My life as a Zucchini, directed by Swiss filmmaker Claude Barras, follows the life of a young boy named Zucchini who after a tragic incident is sent to an orphanage. Each of his newfound dorm-mates have their own story to tell, all on their own personal journeys to a bright resolution. Stop motion provides an ideal medium for the film, providing a heart-wrenching yet hopeful outlook on the characters whose fine details of scars and bruises are subtly included in their creation. My Life as a Zucchini is a delightful and uplifting film, but be warned, you may just throw a bigger tantrum than Kimmy K.

Enter; Ben and Rose, children from two different times, more alike than they know, and both longing for their own fairytale. Wonderstruck is an artistic yet nostalgic film that  leaves you with the same sense as looking back on old photographs. When Ben discovers a vital hint that leads to his quest for his father’s identity, and Rose learns her heroine is set to become a Broadway star, they both set foot for the glittering city lights of New York. The catch is - they're fifty years apart, but the determination they both pursue is commendable. A striking feature that leaves your heart full and assured.

If your love life is lacking a little romance then you need this film in your life. A star crossed lovers tale, Maudie is a depiction of two outcasts on the fringes of society that strike as an unexpected pair. After an ad for a live-in housekeeper within his shack, Maudie arrives on his doorstep, crippled with arthritis, a bad leg and twisted hands. It takes years, but finally Everett feels a spirited love for this quirky, talkative, opinionated woman who has transformed his dim, lifeless house with her bright paintings. He faces a choice: resist, or open his solid heart. A touching story of two souls chasing happiness against the odds, this film gets a 10/10 ca-ute rating. 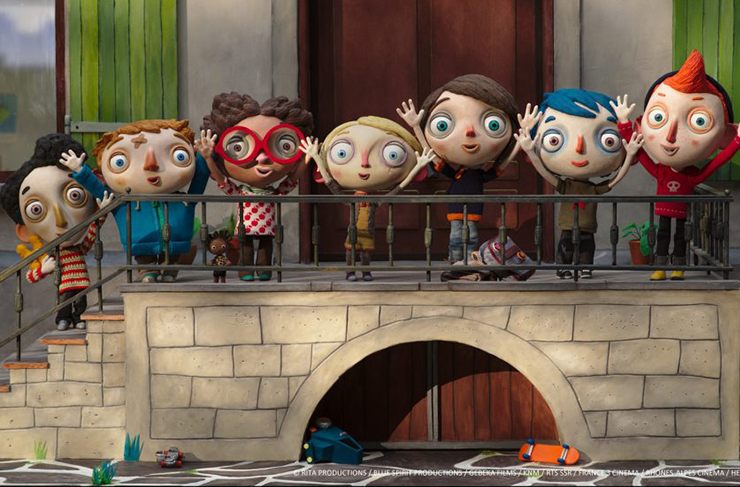 We just might because Natalie Portman also stars in this incredible film, along with an appearance from Patti Smith and Cate Blanchett. Watch with bright eyes as this all star cast journey through the loose and “in the moment” world of the rock scene as they struggle with their own careers and emotions. Developing a new kind of ‘visual language’, Song to Song gives its audience a highly experimental exploration of mood and tone, intended by director Terrence Malick. A creative approach and a very attractive cast, what more could you want?

If Bridesmaids was your sort of jam, then you're going to absolutely LOVE this one. Somewhere in an affluent corner of LA, four mothers – with nothing more in common but their kids being in the same preschool class – get together for supposedly harmless and fun dinner. They are a match-not-made in heaven. There’s social butterfly slash dope smoking mother of four, Kate (Toni Collette), Emily (Katie Aselton), a former big time lawyer poorly transitioning to motherhood, Jamie (Molly Shannon), newly divorced and getting back on the dating scene; and my-way-or-the-highway Melanie (Bridget Everett). It’s that sort of film that you watch when you really need a drink, or watch to appreciate the fun you should be having. So take a seat, pour the shiraz and prepare for a whole lotta laughs.

Australia Day, a film that leaves you on the edge of your seat, alike to a good novel that you just cant put down. Set in Brisbane’s underbelly, three people are on the run. Persian-Australian Sam (Elias Anton) is being pursued by a fierce gang over something he didn’t do, April (Miah Madden) is a distressed Indigenous girl fleeing from a expeditious chase that ended in a tragic car crash, and Lan (Jenny Wu) is a Chinese sex slave fleeing her life as a captive in an illegal brothel. However, they will soon realise that their three paths are soon to cross with devastating consequences. This film is not shy to present some of modern Australia’s most pulse-pounding issues, interracial violence, drug abuse and human trafficking. Let your heart race in this fast-paced thriller, or to the sight your favourite Puberty Blues star Sean Keenan. Swoon.

You know that frustrating sense of scraping nails against a blackboard? That’s Not Me gives you a similar chill, but a good, thrilling one of course. Aspiring actor Polly (Alice Foulcher) dreams of being Hollywood’s next big thing – but she doesn’t quite have the oomph to drive that plan into reality. When Polly turns down a role in an Aussie soap opera, Amy, her identical twin sister, jumps at the chance – and soon she’s launched a career and landed the lead role. The film follows Polly’s journey to… somewhat success, and this feel-good comedy of sisterly rivalry is all about finding a meaningful place in the world. A perfect film to see with your sister, of course! 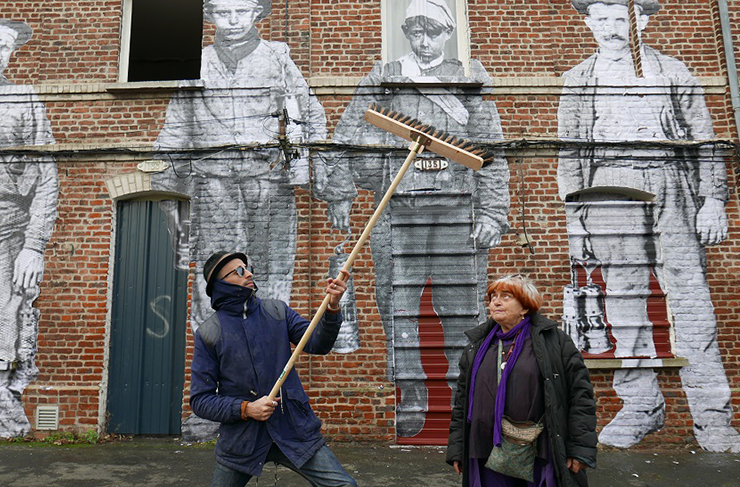 Master of film Agnes Varda aligns the creativity of art and documentary-style motion pictures to explore the nooks and crannies of rural France’s renowned street artist, JR. JR’s concept is the main focus of the film, where he produces monumental greyscale images of his muses sprawled across the architecture of France. What has the most impact however are the reactions of the individuals whose sometimes faces, sometimes lost in the community, are magnified 100 times and on view for a public celebration of life. A beautiful tale of self-worth and inspiration if you’re looking to get those artistic juices flowing.

If you still haven't gotten over how cute Squirt the Turtle was in Finding Nemo, or you just have a whole lotta passion for the environment, then you need to watch this film. And when we say watch, we mean, really take it all in. Karina Holden’s remarkable documentary Blue is a beautiful yet harrowing contrast of the nature of our oceans. Her extremely vivid documentation of the seas provide an overarching contrast to issues of pollution and mass extinction, through a riveting documentary that leaves you both educated and concerned. A depiction of colour and a cry for help, this movie is incredibly moving in all aspects.

Elena; a story of a submissive elderly woman, where happiness remains tantalisingly out of her reach. After finally clawing her way out of poverty and wedding a wealthy man, Elena is a film showcasing her own faltering marriage, where she is trapped in a loveless gilded cage. Hopeful, Elena clutches on to the idea of a desperate – almost inconceivable – plan, to save her family from the slums and transform her life. An enthralling and anticipative tale, Elena takes a retrospective approach to exploring, for some, this unfamiliar lifestyle. 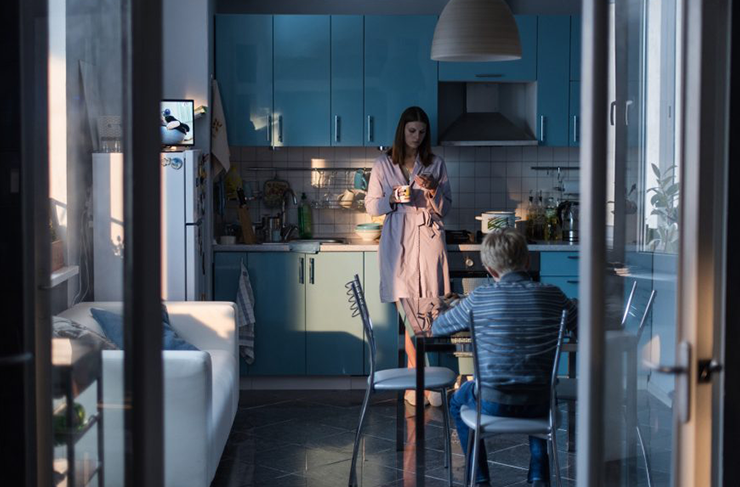 Fox And The Whale

If animation paired with short film is you’re cup of tea, then time to unwind, sit back, this one’s for you. The Fox in the Whale is a delicate contrast of nature with animation, and a coyote fox’s pursuit to search for a whale. The exceptionally detailed imagery and personality of the fox bring this tale to life, and is a perfect option for the whole family. Score!

If you are a perfectionist, or spend a good hour in the bathroom getting ready each morning, we’ve found your match made in heaven. It’s About Time is an animated short film, detailing an old man’s morning where he wishes to venture outside his home, but cannot leave his room before he gets perfectly ready. This film is the perfect visual representation of time, which we cannot stop, but can stop us. An insightful film that leaves you thinking - maybe the next time you spend an hour in the bathroom.