'There is no sincerer love than the love of food.' -- George Bernard Shaw

Food makes me happy. Very happy. When am not eating it, I am often thinking about it. Which is why I've always been suspicious of diets. Placing restrictions on what you eat seemed a lot like purposely limiting your own enjoyment of life.

As you get older, though, and your body, once an unyielding temple built of taut fibres and packed muscle*, starts to crumble, and you realise you can no longer eat rich foods every day, drink like a pirate, and binge on Hungry Jacks without distressing physical ramifications.

So when I heard about a diet for people who love food, which has very few rules and is simple to follow, I decided to give it a crack . . . for an experimental few weeks at least.

The 5:2 diet requires you to severely limit your kilojoule intake for two non-consecutive days out of the week—basically to intermittently fast. And for the other five days? Eat and drink normally. Let me say that in another way in case you didn't understand. You can eat and drink whatever you want the rest of the time. Sounds like a pretty good deal, right?

On fast days women must restrict themselves to 500 calories (2100kj), while men are allowed 600 calories (2500kj). If that doesn't mean much to you—it didn't to me before I started the diet—I believe the scientific term for how much sustenance that amounts to in an entire day is 'bugger all.'

Though the 5:2 diet has not been around long enough for studies to prove its effectiveness, there is evidence to suggest that intermittent fasting has various health benefits, such as protection from disease and increased life span.

There are plenty of articles on the web, like this one, if you want to learn more about the diet. The Guardian newspaper has even taken the appealing concept a step further, and run a series entitled 'How to 5:2 your life' in which intermittent abstinence is applied to various other facets of life such as relationships and television viewing.

For now, though, I thought I'd do TUL readers a favour and guinea pig the diet myself over a period of a few weeks, hopefully learning some tricks (and low-kj eating tips) along the way that might prove useful to others who decide to give it a go.

With the focus on the fast days (you don't really want to know about what I got up to on the other five days a week, do you?), here is a diary in three parts of my intermittent fasting adventures.

*I may be exaggerating a little here to make a point 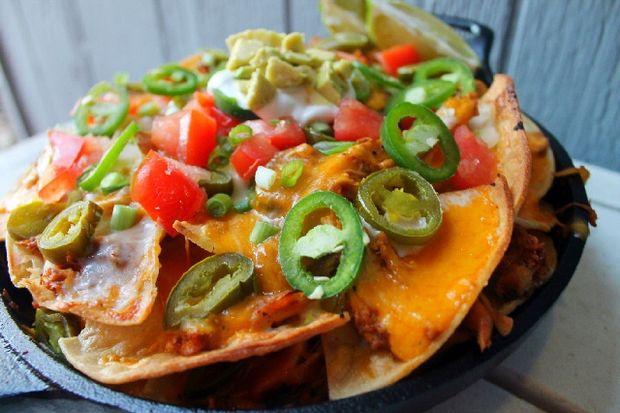 'Hunger is insolent, and will be fed.' -- Homer

Having delayed diving into the 5:2 diet for weeks, under intense pressure from my editor at The Urban List, I decided to embark on my first fast day without having made much of a plan as to how I was going to get through it.

A couple of coffees did the trick in the morning (I normally eat breakfast but can make do without it) before I scoured the shelves of Woolworths at lunch time looking for low-kilojoule life-sustainers. I opted for some kind of pre-packaged, low-fat tomato and capsicum soup. I figured out that I could eat about half the soup, but an hour later I was ravenous, so ate some more soup, then a pesto salad from Woolworths, which took me to about 3/4 of my allowed kilojoules for the day.

My attempts to work were proving futile as all-consuming hunger forced my brain into some kind of survival-mode lock-down. When my house-mates got home around five o'clock they found me howling and gnashing my teeth behind the couch while a KFC advertisement played on TV, and when they started cooking up their own dinners, my willpower snapped like a faulty bungee cord and I went plummeting into the abyss below.

I went back to the supermarket and bought corn chips, grated cheese, salsa, black olives and avocado and made a decadent nacho tower which sent my kilojoule count into the stratosphere. It was the best meal of my life. The fast day, however, was a resounding failure.

The lesson learned: prepare in advance for fast days. Winging it doesn't work. You need to have an idea about what you're going to eat and how you are going to space out your meals, otherwise the hunger devil, taking the form of a cartoon Southern Colonel, will cheerily break your spirit.

To be continued (with a little more success next time, I promise) . . .