It’s pretty unsurprising when Tyrone Lindqvist, lead vocalist of Rüfüs Du Sol, barrels down the phone line that he’s on the east coast of Florida, in a little town called St. Augustine, which just so happens to be one of the oldest in North America.

Of course, he is.

The Australian electronic music trio, which also consists of Jon George and James Hunt, has been touring in what Tyrone says feels like “so long” and a quick geez at their Instagram will give you a feeler for how busy they’ve been. San Diago, New Orleans, Houston, Austin, Montreal, Los Angeles… and these are just a few of the most recent posts.

They’ve been a band for over 10 years now and they’re absolute frontrunners to take out some top spots in Triple J’s Top 100 Of The Decade (all eyes are on their track Innerbloom), many saying that these boys are very well one of the most influential bands of this generation too. And aside from headlining a solid slew of major Aussie festivals like Splendour In The Grass, Blues Fest and Field Day, they’re also Coachella veterans (including their milestone performance back in 2016, then 2017 and 2019), not to mention their sonic endeavours ATLAS and BLOOM are two platinum-certified albums which have been streamed millions of times.

When we spoke to them last, Rüfüs Du Sol had just dropped their third LP Solace (2018), which turned out to be a pretty polarising stint for these guys. They’d set up shop in a studio near Venice Beach in Los Angeles and then, in the words of Jon:

“We took a few trips out to Joshua Tree National Park and that sort of landscape inspired us. It all felt like another planet. Those sort of broad, sprawling landscapes open up in the record quite a bit.”

It’s all kind of full circle from here for the band, with their latest piece of work, a film and live album entitled RÜFÜS DU SOL: Live from Joshua Tree, capturing a pretty transcendent experience for them that kind of signifies the start of a fresh decade and new era for Rüfüs Du Sol.

“It’s been taxing because in the past we’ve had more fun on tour I guess and not looked after our health as much but we’ve tried to switch that up in the last year and it feels really hopeful,” Tyrone says.

Between their tours across the Americas and Europe, we thought it’d be a good time to sit down with the lead singer and chat what it’s like performing in the desert to no crowd, how touring has actually been and what three things he’d one hundred per cent bag should that zombie apocalypse finally hit. 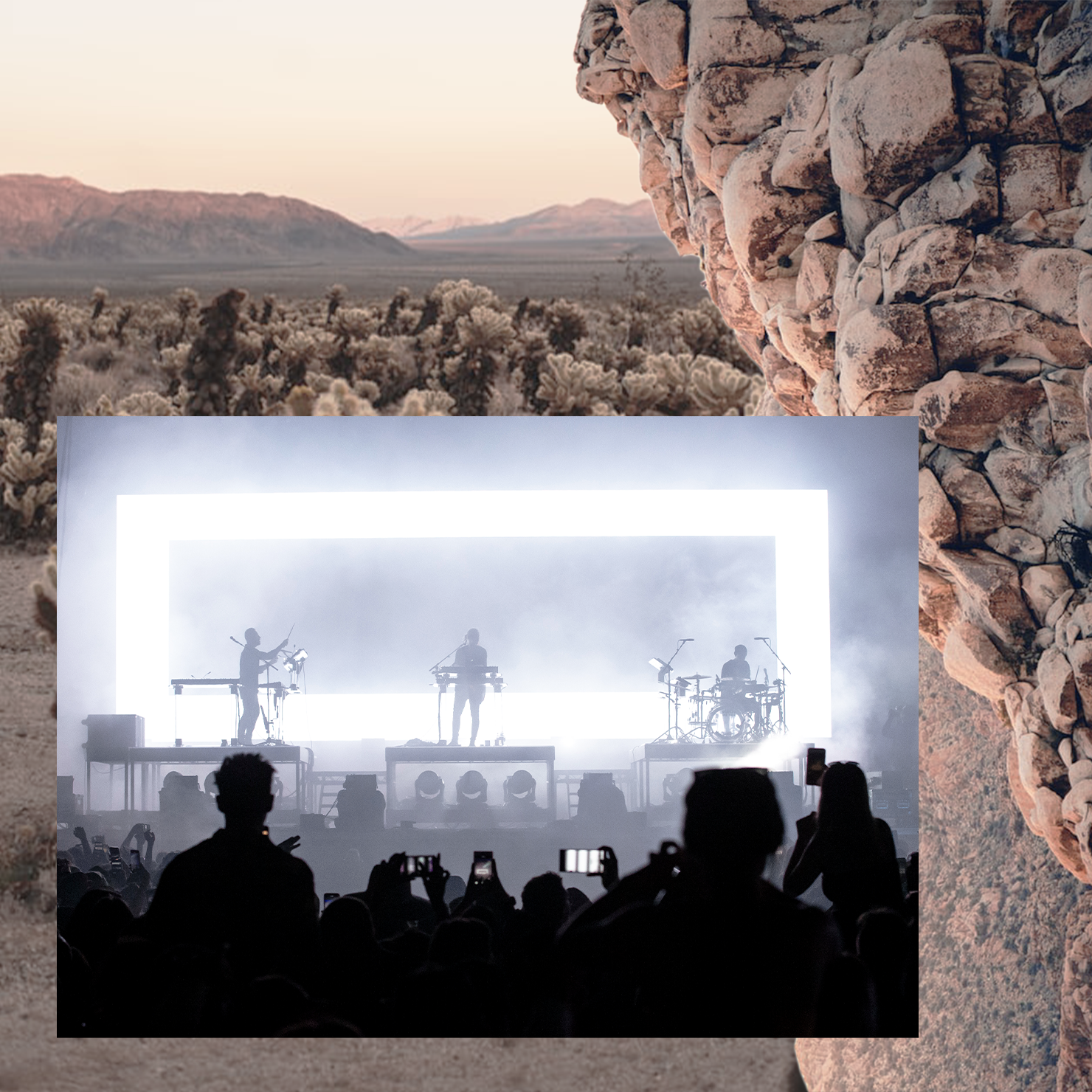 Take us through how the idea of Live From Joshua Tree came about, I know you guys were quite literally in the middle of the desert when you all thought up this concept of putting together a sunrise set where you play to no one.

Originally, the sunrise vision, Innerbloom was the first song that we made where we were like okay, this needs to be played at Burning Man, and we just pictured that song being played there – that was while we were writing it. That was kind of like the setting we were putting into that.

But then fast forward two years, we were writing at Joshua Tree, we’d done trips to Joshua Tree, we had an affinity to that place because it’s so magical. It feels like you’re on Mars when you’re there. It just felt like the place that captured the band and what we do and our music, that was the kind of place that we all agreed upon.

And what was it like shooting in the plains of Joshua Tree at sunrise?

Being in Joshua Tree is really magical. You go there and, I haven’t been to Uluru but I imagine it would be something like that, it’s just a very energetic place. You go there, there are no people, it feels like you’re in the wild west.

So there’s that and then there are so many cacti, there’s sand everywhere and there are these giant rock outcrops that look like alien spaceships and then you take all of your equipment out there… for us, we’ve only played live to audiences essentially but for this we were playing to the desert and our crew who was there with all of our sound gear and the camera crew as well, and they can’t hear anything – there are no speakers,

We’re hearing through our monitors and they’re hearing a few hundred metres away. So, it’s bizarre, it’s very surreal. 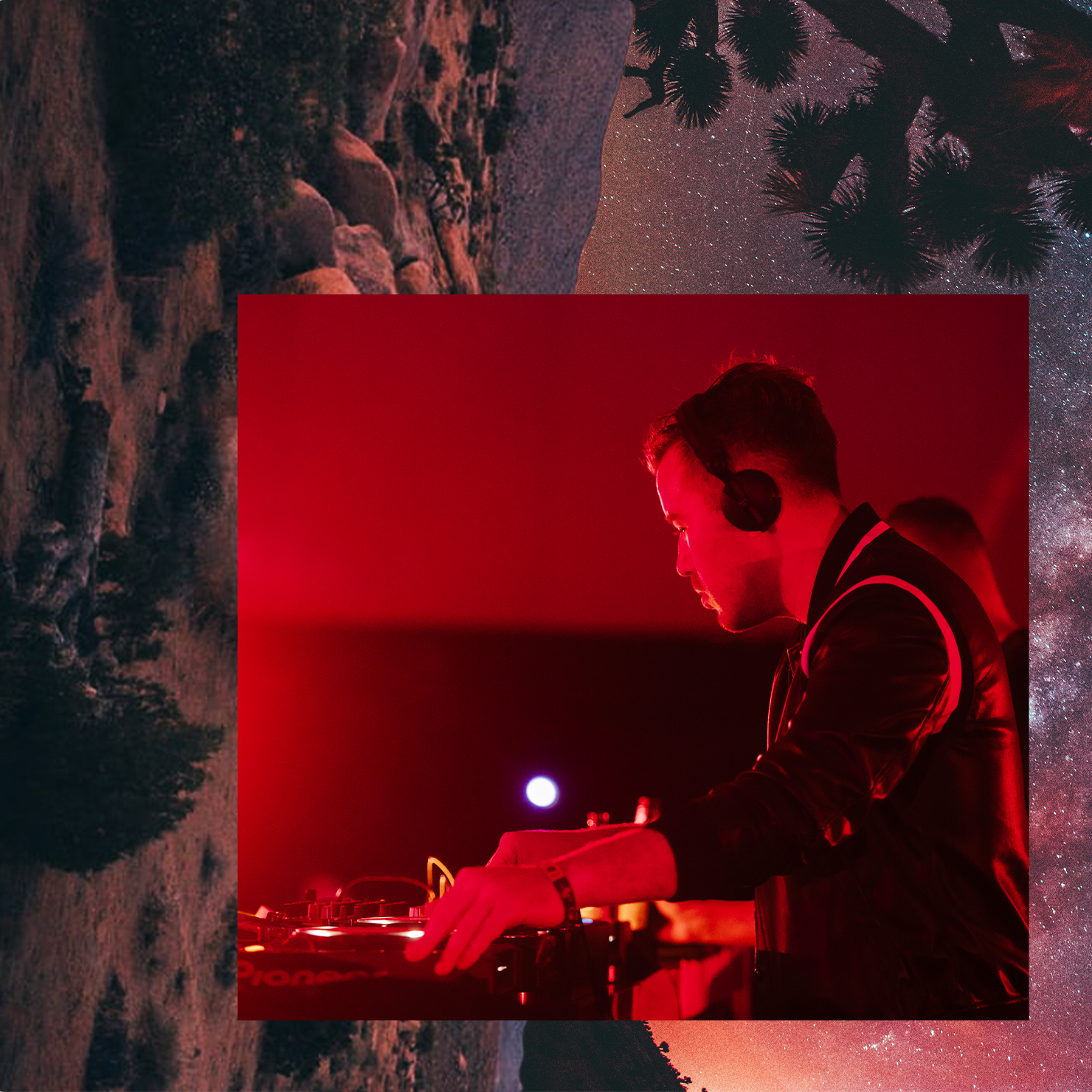 It seems like you guys are forever on tour, what’s it been like over the past few years?

I feel like we’ve been on tour for so long. Me and my fiance just had a son eight months ago which is "life-changingly" amazing. I love it but it makes touring twice as hard. Every time we have to leave it’s hard but this year we’ve been trying to tour three or four weeks on and then three weeks off, which is still a lot, especially when we’re trying to write new music.

I do love touring though– it’s been taxing because in the past we’ve had more fun on tour I guess, and not looked after our health as much but we’ve tried to switch that up in the last year and it feels really hopeful. I’m like, “okay, I can keep doing this if we change the dynamic and change our priorities” – it feels good.

This tour that we’re doing now has been one of my favourites.

You guys raised a heap of awareness and fundraised a lot for the catastrophic bushfires that happened across Australia over the summer too, talk us through what it was like being overseas during them, where were you guys?

We were in the US – I don’t really watch the news but I was at yoga and someone was like “oh you’re from Australia” and they started talking about the fires and I was like “what?”. I then saw on the news how much had been burnt, just knowing the coverage that there was on the fires in Brazil and hearing that the Amazon was burning up and then seeing the numbers on how much has burnt in Australia, it was horrific.

And then we were back in Australia for New Year’s. In Sydney, you could smell it as soon as we landed, and we had our son who was only six months.

But I think it’s really hard to understand the magnitude of it when you’re not there and you’re not physically affected by it, it felt very important to us, we thought “that’s where we grew up” you know and that’s home so to know that it’s in turmoil isn’t good. 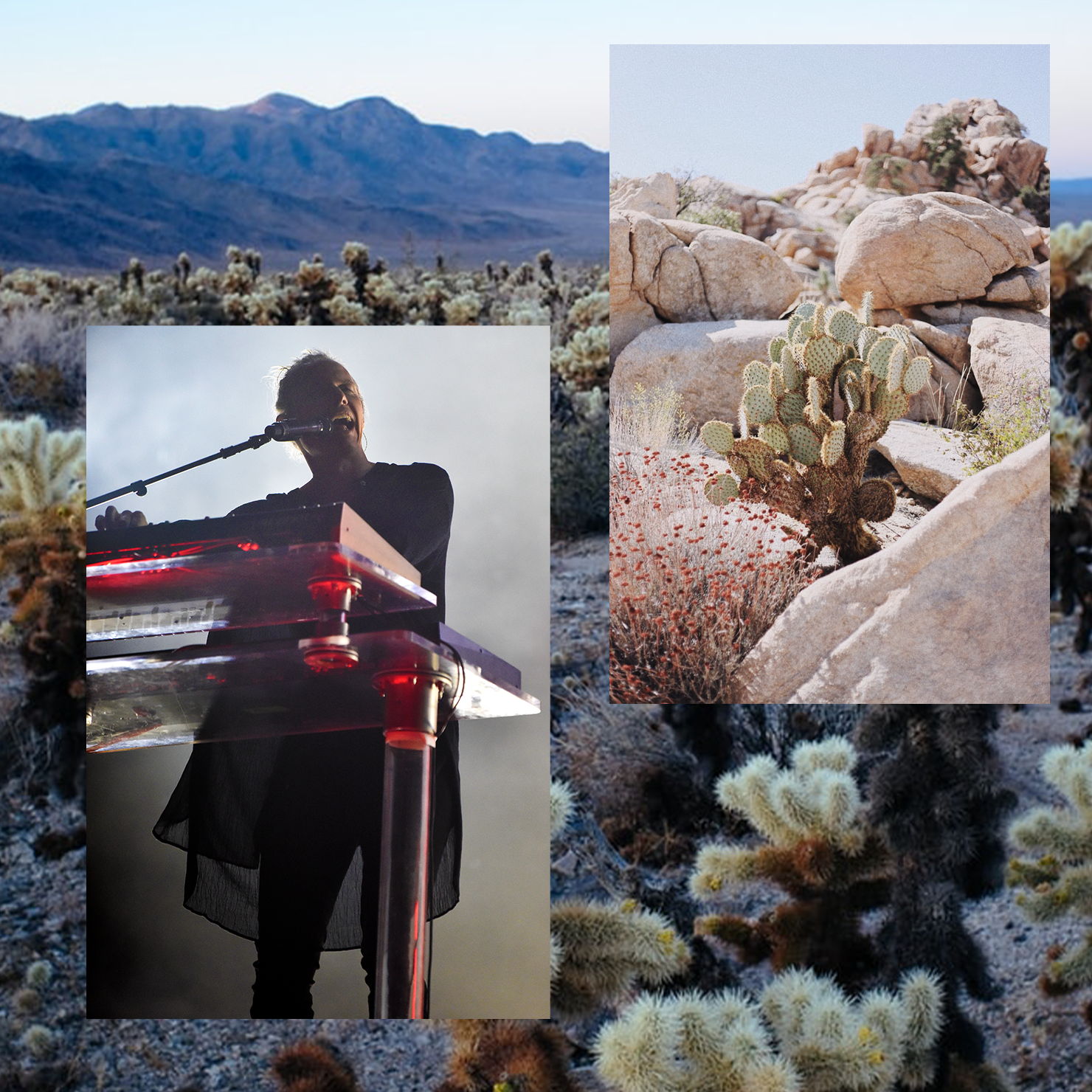 And in light of the big doomsday predictions in the news right now, three things you would bag in a zombie apocalypse, go.

Well, I’m taking crepes, just because it’s ready-made. There are also these like, coconut chocolate crisps that are so good. They’re just made out of coconut and cacao, and they’re dried out – they’re just amazing. And then I love avocado, so I’d probably take a bunch of those too.