“Because of the golden age of cocktails in America in the 1920s, you’ll find that bartenders all around the world are all making the same drinks, like the Manhattan and the Negroni. In some ways it’s a good thing, but that’s not what I want to do.”

That’s the reason why Byrdi owner Luke Whearty is serving up cocktails like you’ve never experienced before—cocktails that are seasonal and alive. 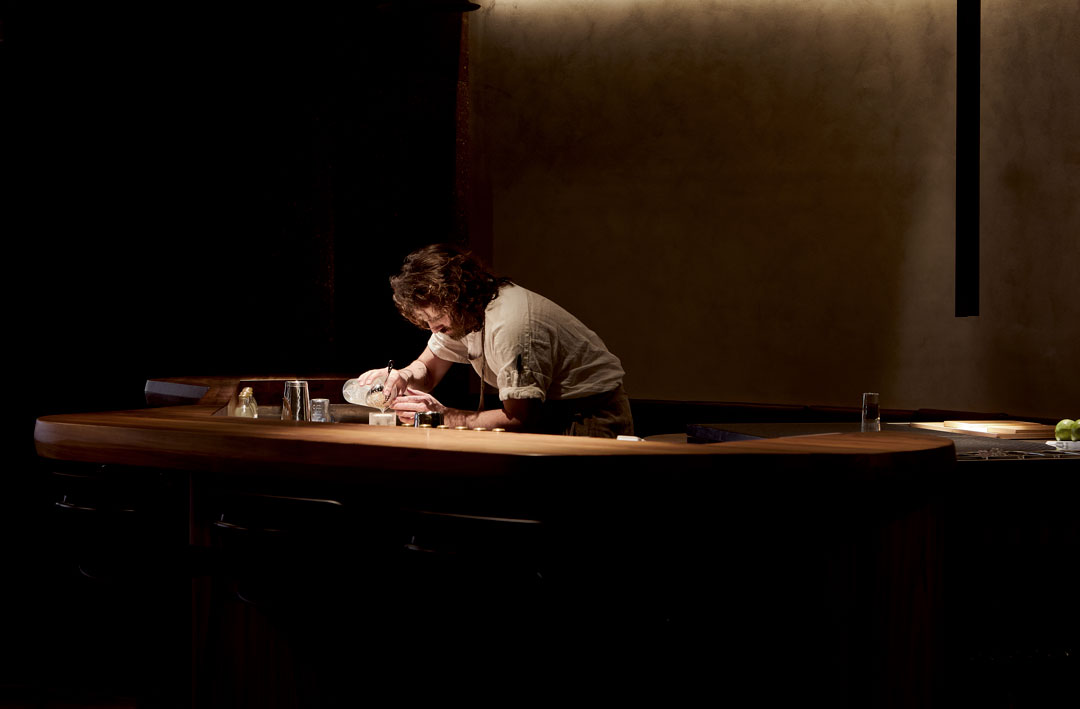 Byrdi landed in Melbourne earlier this month, a boozy, low-key hotspot from acclaimed bar operators, restaurant innovators and drink creators, Luke Whearty and Aki Nishikura. And together they’ve got their sights set on infiltrating our city’s bar scene with their eccentric concoctions.

Byrdi is the duo’s latest venue and their first Australian venue, with the pair also being the brains behind Singapore’s award-winning bar, Operation Dagger.

Operation Dagger is well-known for its industrial and edgy aesthetic, while Byrdi’s look and feel is more focused on projecting a sense of vibrancy through natural lighting and locally sourced sustainable materials, including Victorian bluestone, coconut husk flooring and tanned leather from Geelong. 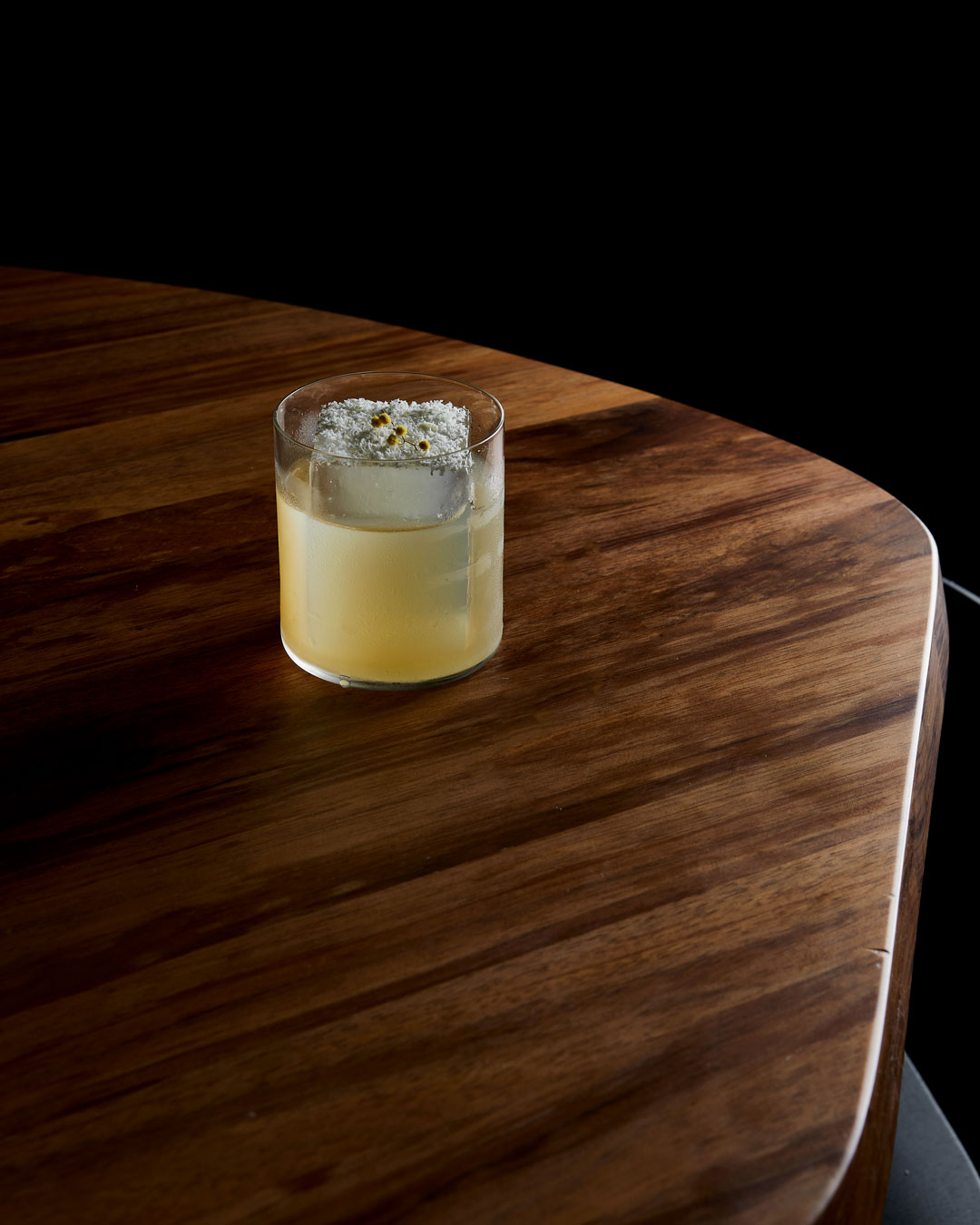 So where did the concept for Byrdi all come from?

Byrdi owner Luke says, “It was funny, about three years ago I had one of those moments where I had to go all the way to South Africa to realise what I had back home.”

“We had the opportunity to do a pop-up bar in South Africa for a year, so we went to Cape Town. And I decided that I wanted to use only South African ingredients from a lot of small producers. And I just had this moment of realisation that I could do this back home. Then my partner and I started floating this idea of Byrdi, the concept of taking a seed and flying it to different places and planting it just like a bird does.”

When you peer into Byrdi, you’ll realise that the space (designed by Design Office) certainly looks like a cocktail bar, while also having the character of a café, as well as a restaurant—all at the same time. And that’s because it’s all of the above, boasting a non-conventional atmosphere and intentionally blurring the lines with its unique offering.

“Last summer we picked a whole heap of berries, lacto-fermented them and turned them into a liquor, using a preservation technique to capture that moment in time and carry it through into another season.” 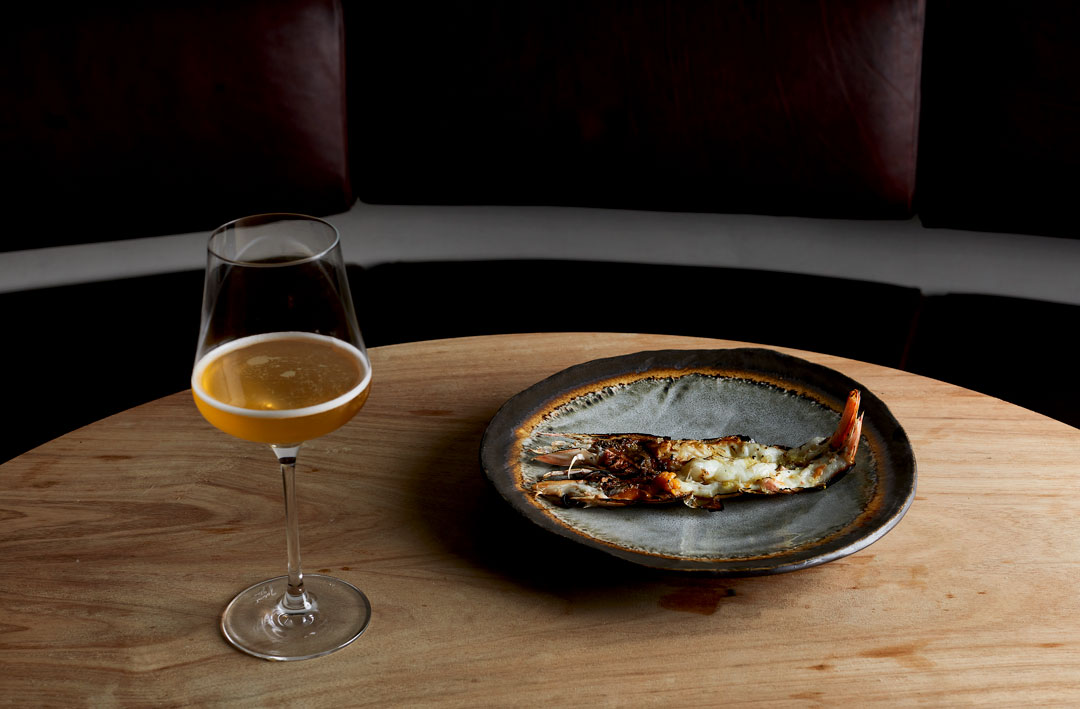 As the seasons change, so will the Byrdi menu, meaning that their cocktail and food menu is always developing and always delicious. Throughout the year there’ll be four key menu changes, as well as smaller alterations in between as well.

“We’re also working on a series of seasonal classics, like the Negroni we’re making will change depending on the season. At the moment we’ve got a seasonal Manhattan made with almond blossom liquor in place of the Maraschino which is lighter and more floral because it’s spring.”

A big part of Byrdi is also about acknowledging the local producers that they’re using. “For example with our Milk And Honey drink we’re using some amazing milk from Fleckvieh Butterfly Factory, Vivian’s Honey from the Yarra Valley and fig leaf-infused brandy that we're currently growing.”

On the food front, the offering is angled towards share-style dishes, all priced between $8 and $16. The dishes are mainly savoury including stracciatella, grilled prawns, flatbread and more. At the moment there’s also a dessert option, their Smashed Pav with smoked meringue, cured egg yolk and passionfruit cream.

And if you’re keen to fly through Byrdi’s doors and leave the ordering to the experts, you can opt for their daily tasting menu which has a range of three to five courses of seasonally paired food and drink for $75 or $120 respectively.

Keep up to date with the latest new spots around Melbourne on our New Openings section.