Chef Nick Stanton, Jon Harper, Guy Bentley and Mark Catsburg, the team behind Leonard’s House of Love, Leonardo’s Pizza Palace and the now-closed Ramblr, know how to give the people what they want.

Ramblr—the award-winning, casual fine-dining institution where spice, smoke and charcoal fuelled dreams came true, spawned to life in 2016 and saw its final service earlier this year. Now where Ramblr once existed at 363 Chapel Street, you’ll find a different kind of place. A place where they’re spreading the love, this time by the slice. 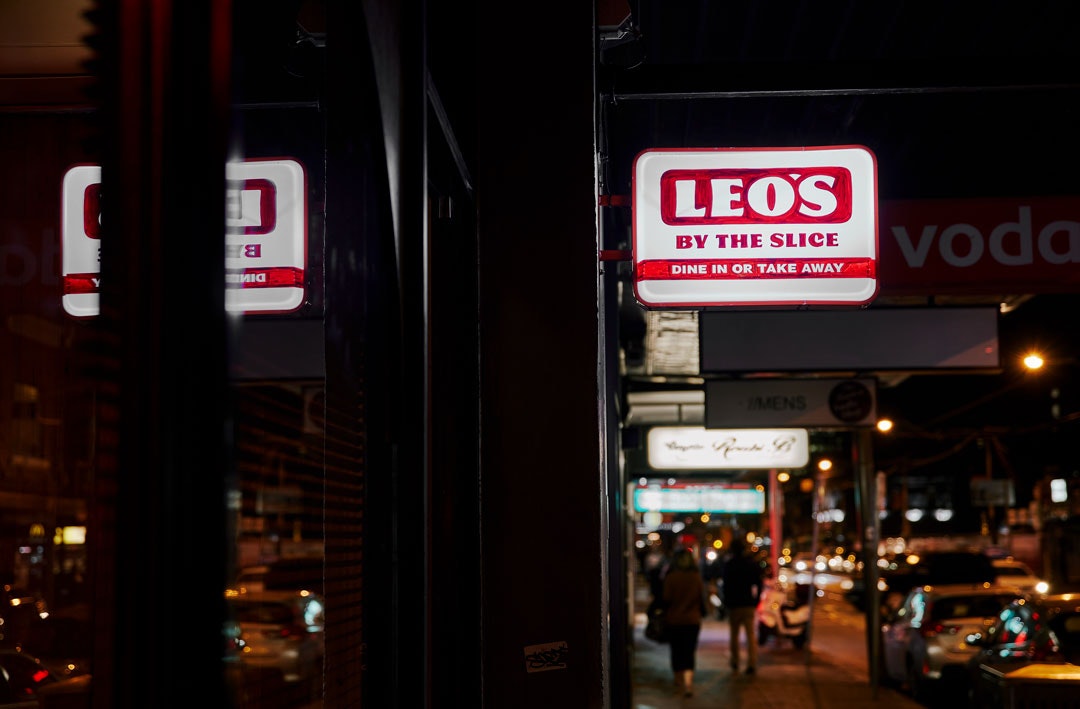 Cue, Leo’s By The Slice, a vintage-inspired slice shop where they’re (paper) plating up NY-style pizza at the front, with a party in the back.

So where did the idea for a slice shop all come from?

Harper says, “It was agreed that we wanted to push the company in a direction that was going to cater to our lifestyle more, as well as building a place that emulates the team and the types of places we like to go to. So we came up with the idea to do a slice shop.”

In the name of research, Chef Nick Stanton embarked on a tour of slice shops in New York and Los Angeles. “The pizza game in Australia is very different, so I went over to the US and checked it out, mainly the layouts of how the pizza shops work over there and how they operate.”

Stanton says they’re keeping it traditional at Leo’s and sticking to the core rules of the slice. “I wanted to make the menu as simple as possible, creating textbook staple style pizzas. I didn’t want to overkill and overdo and keep adding all these things to the menu. We’re a slice shop so we want to focus on the core things and make that the best we can do. And maybe add a few things later on.” 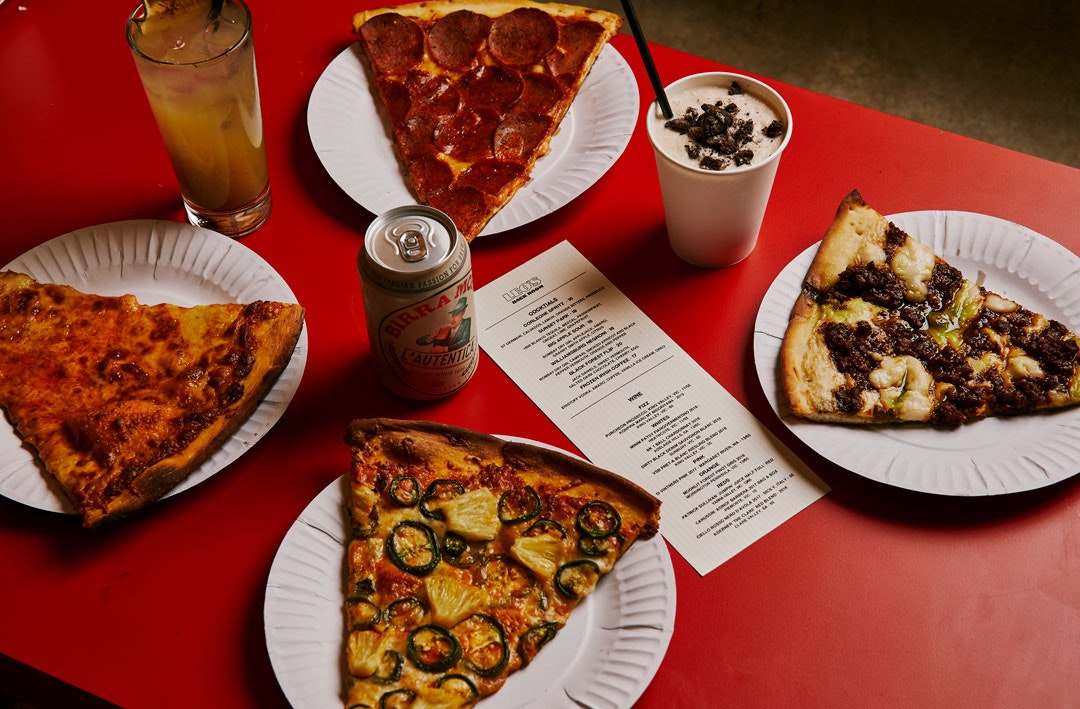 That’s why you’ll find a total of eight pizzas on the menu, including a selection of vegan options. There’s the classics including the Margherita and the Pepperoni, to something a little different—the vegan Chinese Bolognese, a meat-free homage to the former Ramblr menu.

The Leo’s dough is naturally leavened, which means naturally risen. In terms of ingredients, Stanton’s put efforts into sourcing as many as possible from around Victoria, including shiitake mushrooms sourced from a shiitake farmer located in the Otways.

On your way to the back bar, you’ll notice that the red and white checkerboard floor stops under the archway, but that doesn’t mean you aren’t in for a treat. As they say, “pizza in the front, party out the back”. In the bar the lights are dimmer, there’s a pool table and a very well-stocked alcoholic inventory. Think wines for days, paired with a cheeky cocktail menu where you can pick from a collection of concoctions including a Williamsburg Negroni, Big Apple Sour, just to name a couple. 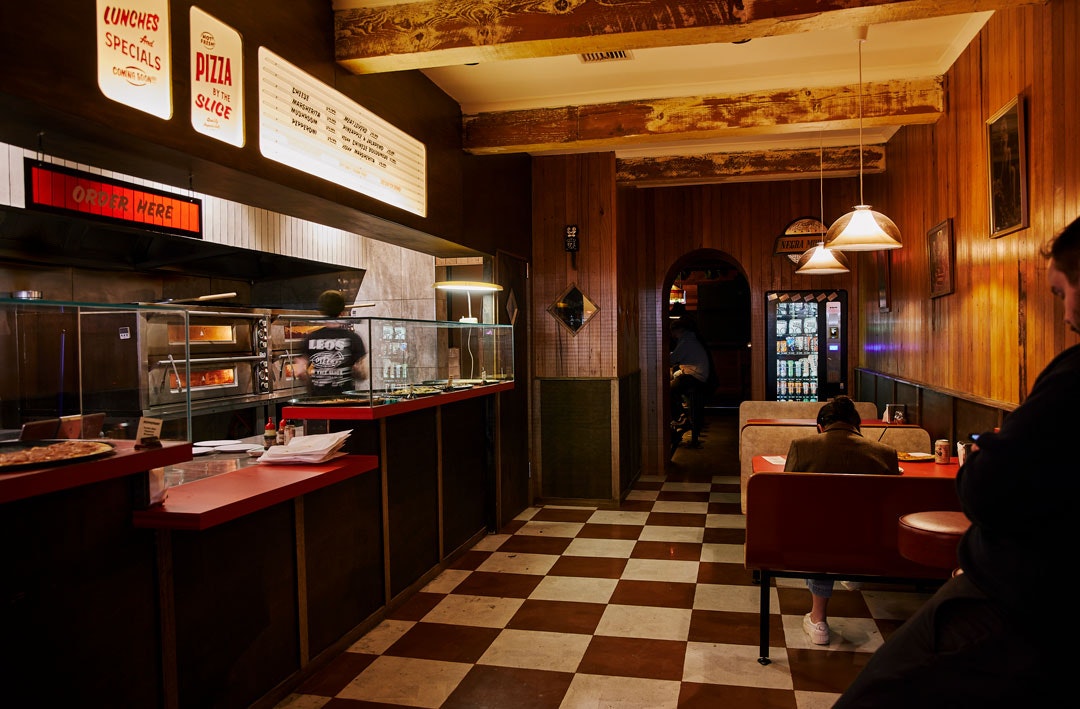 The bar at Leo’s is also what separates it from the average slice shop and the team describe it as being super social.

“Basically it works really well because you’ll be playing pool or just having some beers at the bar in the back and someone will be like, oh I’m feeling a bit hungry, I’m gonna go get a slice. They can come to the front and it’ll take 30 seconds for their slice to be ready and before they know it they’re back with the slice.”

“And you can choose your own path. You might not want to interact with the bar one day, you might just be hungry and want to grab some food. Or you can do it the other way round where you want to hang out there for the night, so you might sit in the back for a while. It’s a very fluid thing in terms of the areas working together.” 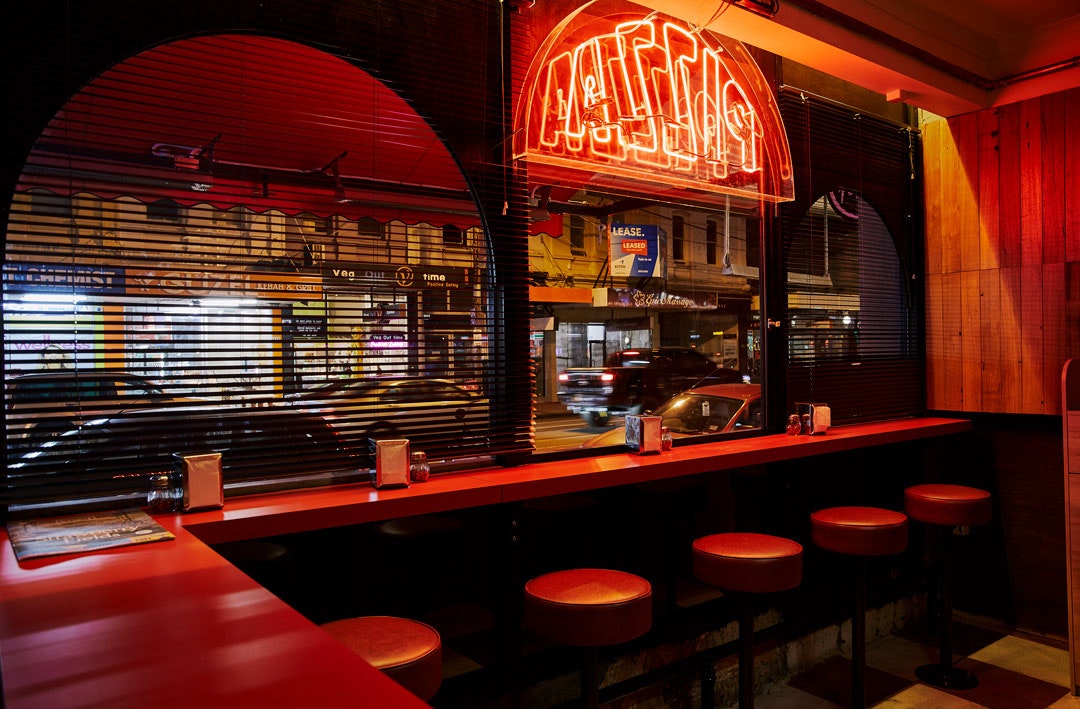 Fit-out duties were assigned to Todd Vanneste of Weekdays Design Studio, where he drew inspiration from the takeaway thinking style from takeaway shops of the 70s, 80s and 90s. Of course, with the perfect amount of neon for a Melburnian cult-status fave.

While the crew loosely base their venues around the 70s and 80s, they’re very much thinking in the present—re-evaluating old sentiments for our current day and age. “We had a little bit of fun with using EFTPOS only in the same way that back in the day it would have been cash only.”

So, you’re wondering when you can swing by to grab a slice? The team have successfully secured an alcohol licence until 1am for most nights of the week, but they’ll be slinging slices until 3am on Friday and Saturday nights. A hidden door will divide the bar from the slice shop, meaning there’s no alcohol in the front. Strictly slices and soft drinks.

As for the future, Harper says that they’re keen for Leo’s to be open as much as possible. “It would make me really happy to see people walking down the street on their way home with a slice at 3am.” 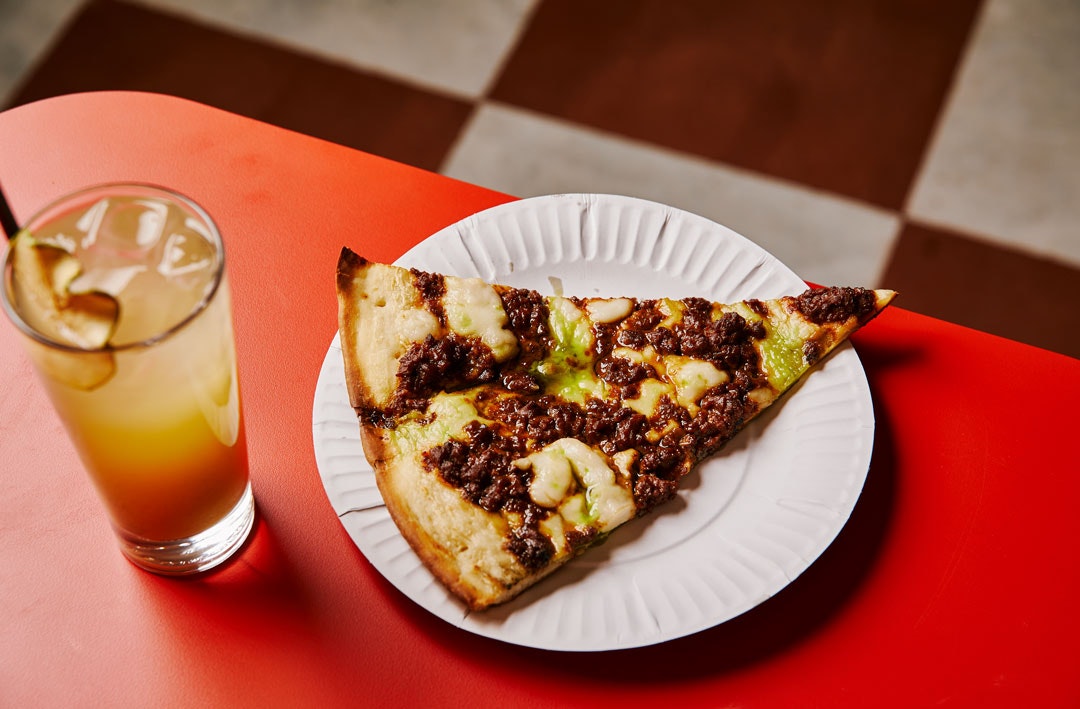 What: Leo’s By The Slice
Where: 363 Chapel Street, South Yarra

For more of the latest openings around Melbourne, head to our New Eats section.