The Lit Running Scene You Need To Know About

In this shivery season of bubble jackets and steaming bowls of broth, keeping up with your #fitspo exercise regime is perhaps (most definitely) the hardest part.

Cue: Melbourne’s free fitness trend that, in the words of the co-founder, “is more like a giant party”. If you’re anything like me (champion speed chocolate eater and occasional tipsy walker), this is fitness you’ll actually want to do.

Founded by a trio of fitty little Melbournians, the AM:PM:RC hosts events in Melbourne on an ad hoc basis. You can wave goodbye to the heavy breathing, 4am sprinters you avoid around your local park. 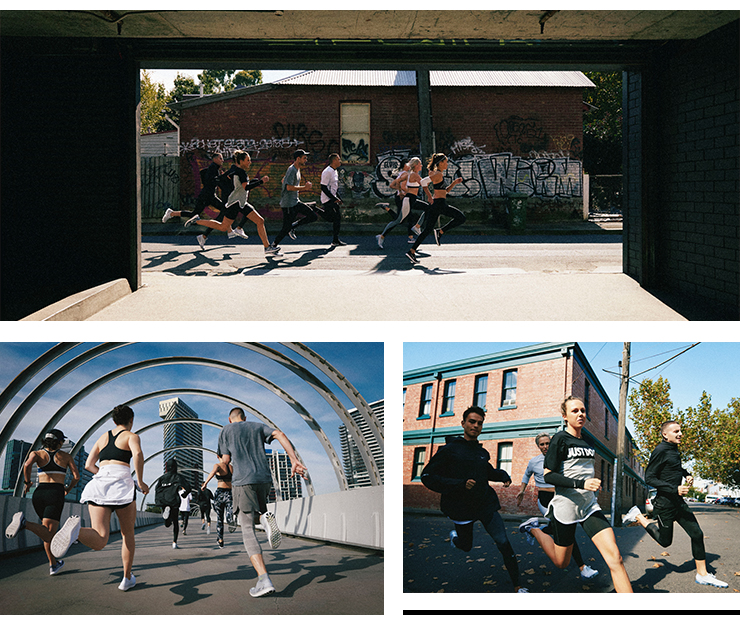 One of the first crew running trend-setters, Cedric Hernandez founded Bridge Runners in New York back in 2004. Hernandez is on a (oh-so-casual) international running tour of Melbourne, Seoul and Bangkok when we catch up with him. His (also very casual) life achievements include a 100-mile run in under 25 hours, across the five boroughs of New York City.

“It’s all about motivating each other and running with the person next to you, rather than watching your own time,” Hernandez explains. Aka if your body is approximately fifty percent Uber eats at any one time, you’re still welcome to tag along to any run sans the fear of being left behind.

His personal preference are evening runs because, “we can workout and then go straight to the club”. THESE PEOPLE ARE GENIUSES.

AM:PM:RC is the Melbourne-version of Bridge Runners. Routes change every week and are organised within the crew. Along with regular runs, future event ideas include the Rubbish Run. The proposed event involves the Melbourne crew running along the Merri Creek trail before walking back along the river to clean and pick up waste. 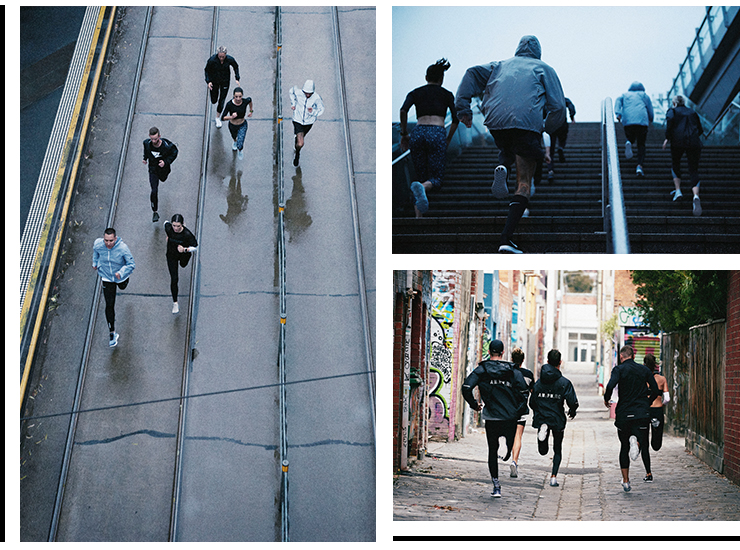 Co-founder, co-captain and full-time Melbourne photographer Ben Clement may be exasperatingly humble about his lens game, but he isn’t shy about the crew’s love for food. “It is a really important aspect of the crew, in fact running is almost secondary to the food,” he says, much to the delight of every food-loving Melburnian. “It’s all about building a community—hanging out, playing some music and having some good food.” Like the other co-founders of AM:PM.RC, Clement's creative background is integral to supporting the culture of AM:PM.

Head to the next AM:PM run if you want to see what the fuss is about. By the way, it’s free (OBVIOUSLY).

Be sure to check out any upcoming Nike Running events here.

Editor's note: This article is proudly sponsored by Nike and endorsed by The Urban List. Thank you for supporting the sponsors who make The Urban List possible. Click here for more information on our editorial policy.