In 1886, when Melbourne was a swampy hot mess, full of horses and distressing smells, there was a hotel on the corner of Spencer and Little Collins St. And it’s still there today.

We’re talking about the historic Vibe Hotel (that name isn’t historic, but the building sure as hell is). And this October it’s going to relaunch as something new—The Savoy Hotel. The latest jewel in the TFE Hotel crown, and one of the most dramatic hotel renno’s Melbourne has ever seen.

“This hotel has such a wonderful story, in its history, and in its place in the Melbourne psyche – which makes it a perfect fit for the TFE Hotels Collection brand,” says TFE Hotels Chairman Allan Vidor. “This is the most exciting unveiling of the year. This magnificent hotel will reclaim its position as a grand hotel of Melbourne, as it was when it opened in 1928.” 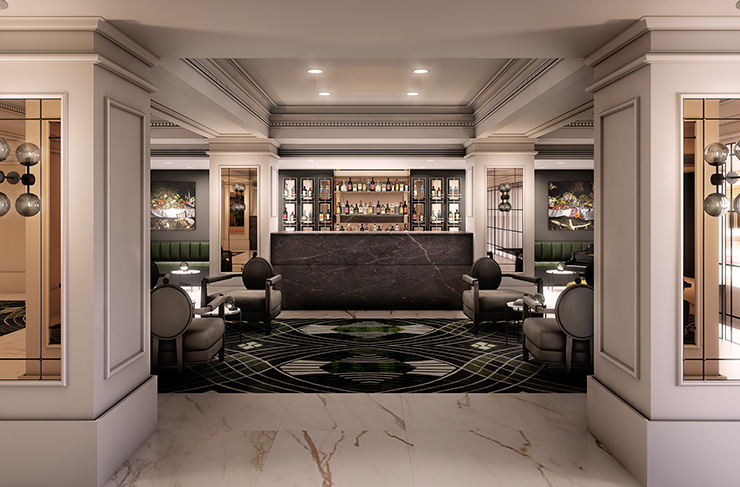 Architecture firm Woods Bagot are handling the refurb. They did The Ivy precinct in Sydney, Wynyard Walk and the Melbourne Convention and Exhibition Centre, so you know it's in good hands. The bones of the building will remain intact, but the décor and the trimmings are going to be wall-to-wall Gatsby-esque, 1920s glam. To be honest it’ll just be cool to be able to say, “I’ll meet you at The Savoy” in Melbourne.

The new-look hotel will feature 163 guest rooms, all done-up in dove grey, blue, white and charcoal. The bathrooms are going to be heavy on the Subway tiles (just once we want to see a subway decked out in bathroom tiles).

There’ll be the usual mix of corporate function stuff, but who cares about that. More importantly, there’s going to be a new restaurant on Level 2, with views over the massive 10-storey atrium space, twinked out in more chandeliers than The Titanic (we’re guesstimating there). 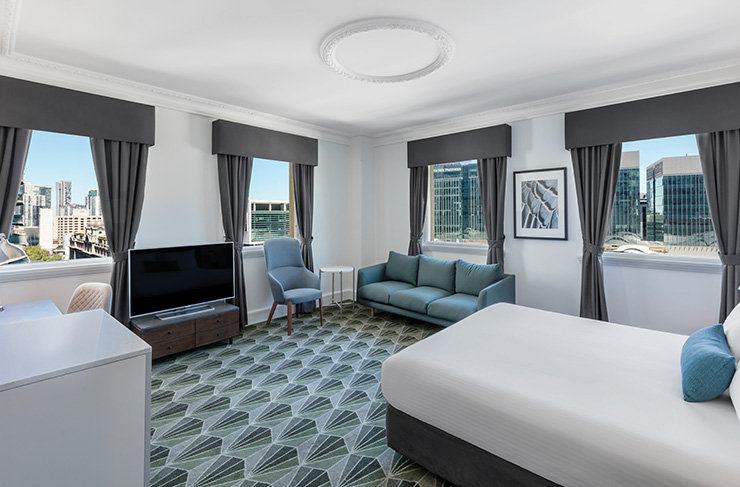 If you haven’t checked out the site yet, pencil October in the diary. That’s when the full refurbishment will be complete. 152 years in the making...

Rooms are set to start at $200 a night (which is a bit of a hike from the current $186). If you’ve got the coin, The Alexandra Suite can be yours for $700 a night. BRB while we hunt for stray pineapples behind the couch...