9 Of The Best Craft Beer Breweries You Need To Hit

Gold Coast’s love for craft beer is boarding on an obsession. Hands up if you’re guilty?

Whether you’re a seasoned beer swiller or just like a reason to get out and socialise; we’ve rounded up the best breweries on the Gold Coast, or within driving distance, that should totally be on your radar. 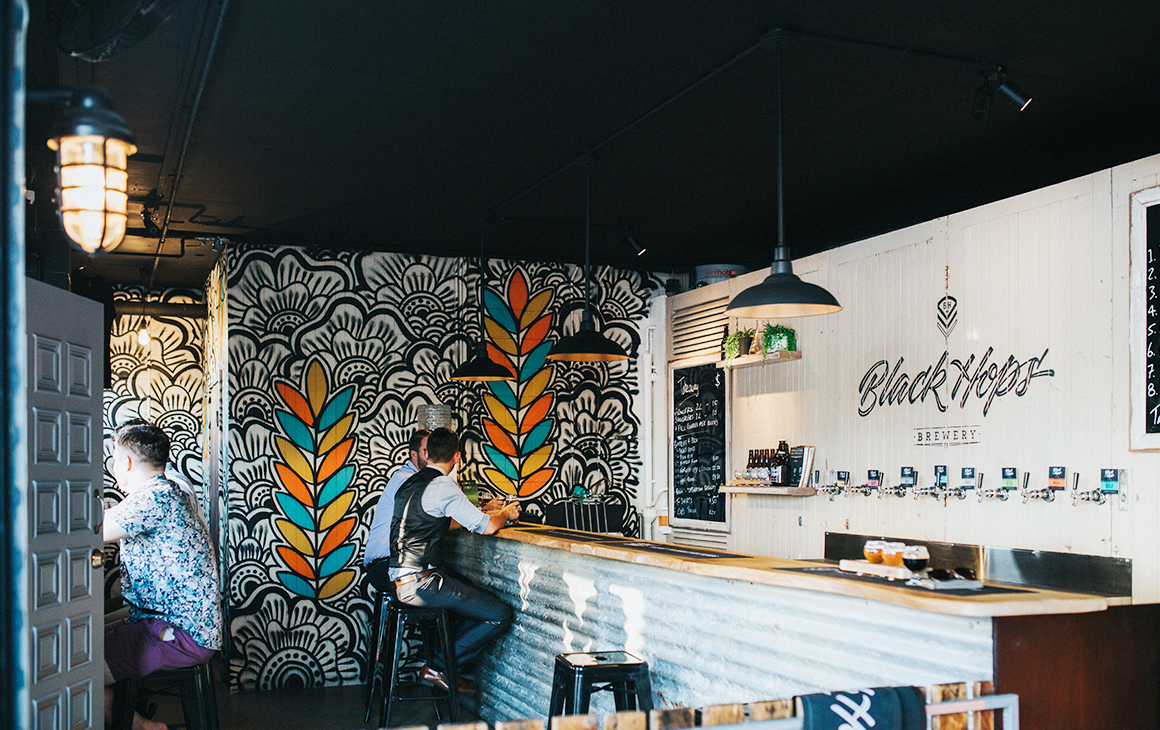 Voted Australia's Champion Small Brewery in 2018 (no big deal!), Black Hops is one of our personal faves. Run by three everyday local lads who’ve gone from producing their first beer to opening a brewery in two short years, Black Hops’ tap house is open to the public seven days a week. Come for a chat direct with the young co-owners and brew master Govs, while trying their quirky one-off original brews like The Kramer grapefruit XPA, and Bacon Butty, or the beer that started the dream, the Eggnog Stout. Cheers, boys! 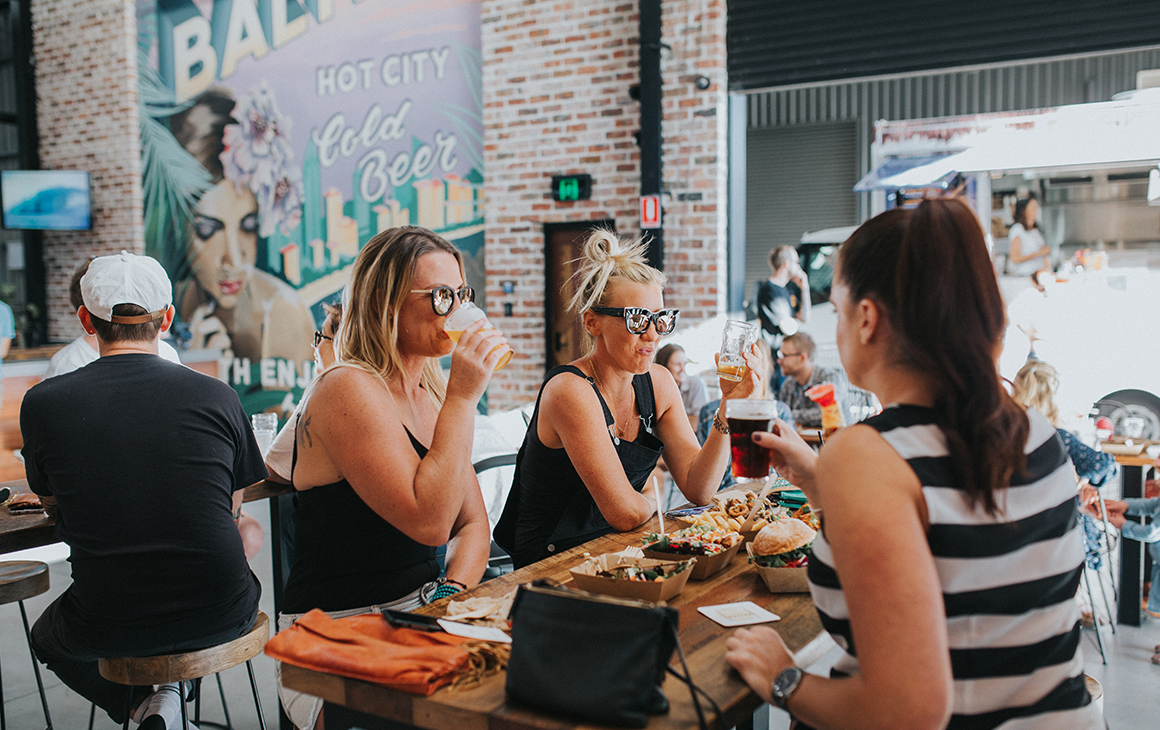 Legendary local pro surfers Mick Fanning, Joel Parkinson, Bede Durbidge and Josh Kerr, together with long-term mates and their main man, head brewer Scott Hargrave, launched their first beer—Balter XPA—in early 2016. These days, Balter is stocked at a staggering 100+ bars and restaurants across the country. A household name countrywide, we can stand by with our chests puffed proudly, knowing the dream was born right here on the sunny GC. This summer you’ll be drinking at Balter’s sexy Currumbin-based headquarters and working your way through a rotating roster of experimental batches; complete with a food truck, the odd pro surfer appearance, tunes and a cool crew. This brewery is nek-level awesome. 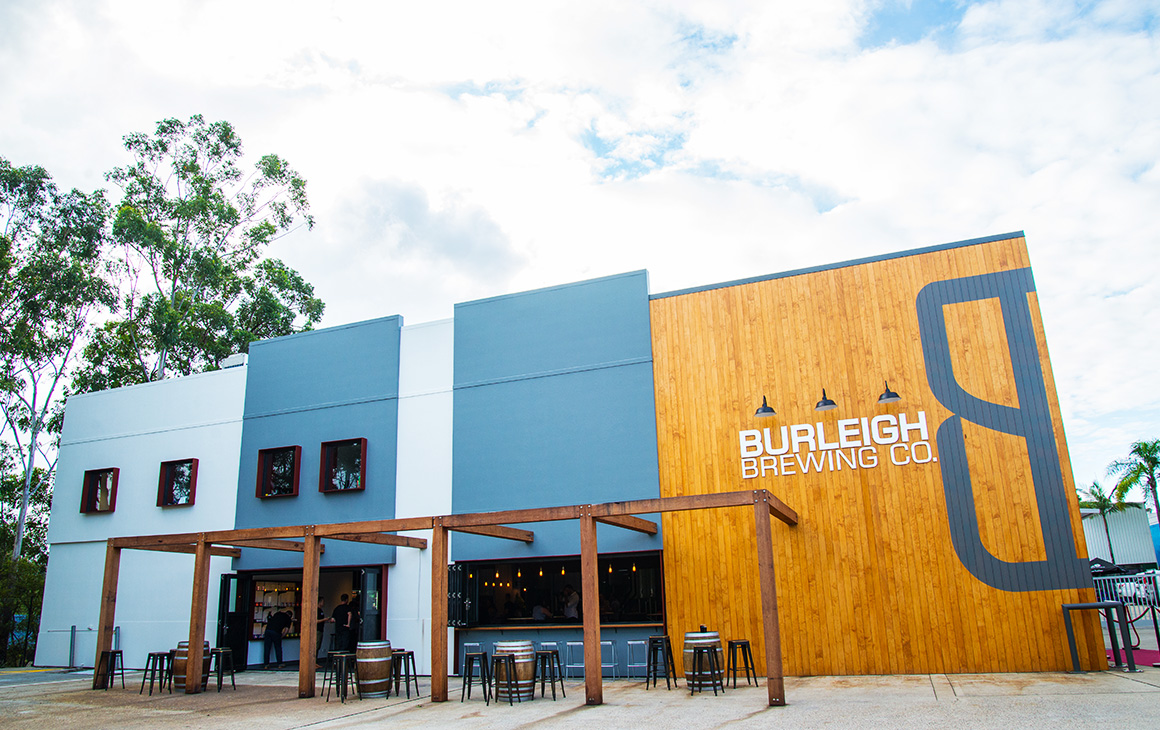 After a decade in business, it’s fair to say these guys helped revolutionise the local craft beer scene that we know and love today. A gleaming beacon of awesomeness in an industrial estate, Burleigh Brewing 2.0 is open to the public four afternoons a week with brewery tours, live music and a food truck or two. They’re always pouring famed brews such as Hef, Big Head and 28 Pale Ale, as well as limited edition concoctions from their trial system. Tell them we sent you. 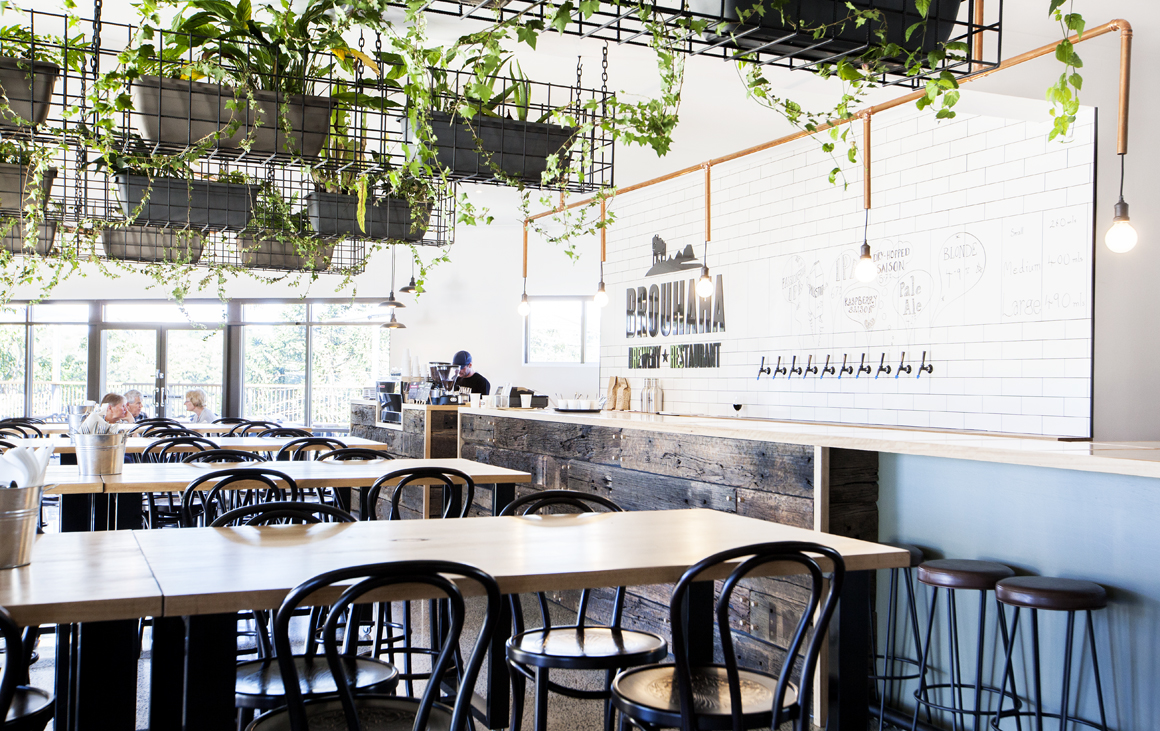 Taking the Sunshine Coast Hinterland by storm, Brouhaha Brewery is fulfilling all our boutique brewery dreams with great beer (of course), excellent coffee and incredible food. Their industrial-style interior leaves us with #interiorenvy and the lush hills of Maleny want to make us set-up camp on the sprawling deck permanently—as long as they keep fueling us with great beer. Pouring from their sleek wall taps is an impressive lineup of beers, but right now we’re loving their Passionfruit IPA and Coffee Milk Stout—yep, that’s beer and coffee flavour all at once. What more could you ask for? 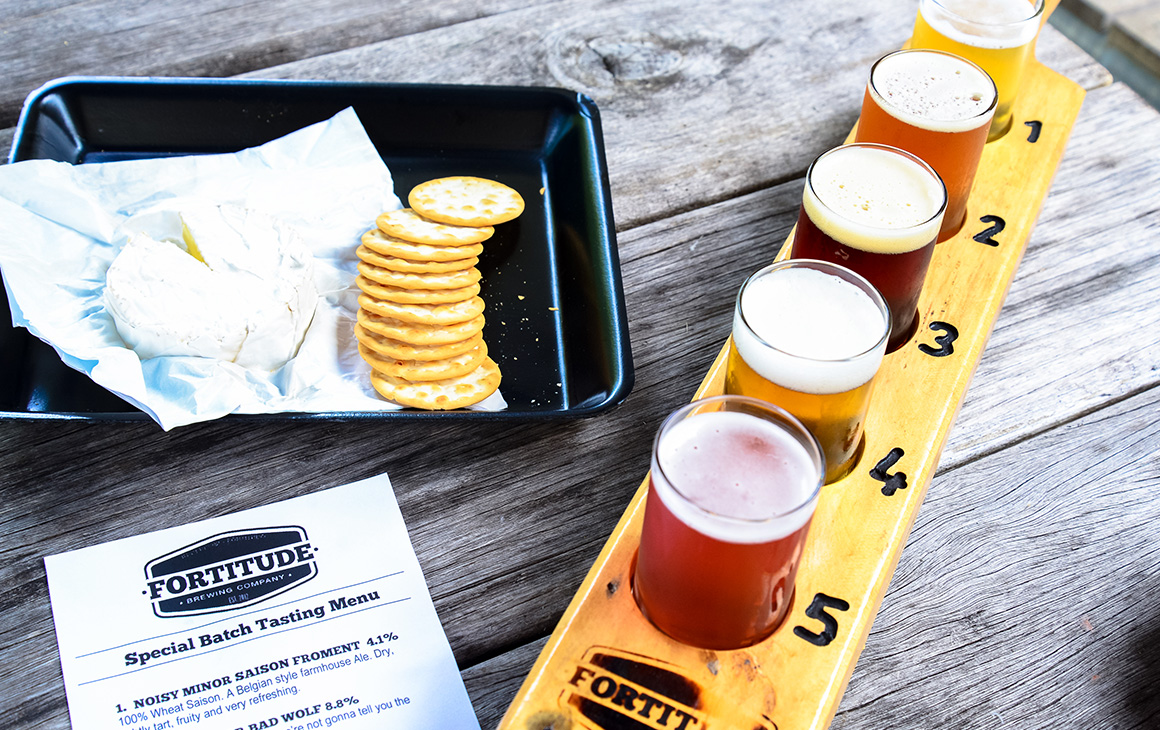 Fortitude Brewing Co. is one of the Gold Coast originals. Around since 2012, this hinterland-based brewhouse has an inviting indoor outdoor beer garden for sampling their staple range or a punchier brew from their other label, Noisy Minor. What do we love most about this brewery aside from its forested mountain-top home? The fact it’s attached to a freakin’ cheese-making factory! Order a tasting paddle of Fortitude brews with a plate of drool-worthy Witches Chase cheeses and crackers on the side. Um, heavenly right?

Miami’s colourful new brew house Lost Palms Brewing Company, is the most recent addition to the best breweries on the Gold Coast. Come for a chinwag with the owners, as you discover staple offerings like the summer and IPA brews, alongside more creative concoctions like their Kombucha blends or coffee and chocolate Porter. Cheerleaders for the local art community, these lads are also collab’ing on artist-designed cans and packaging, which is worth two thumbs up in our books. 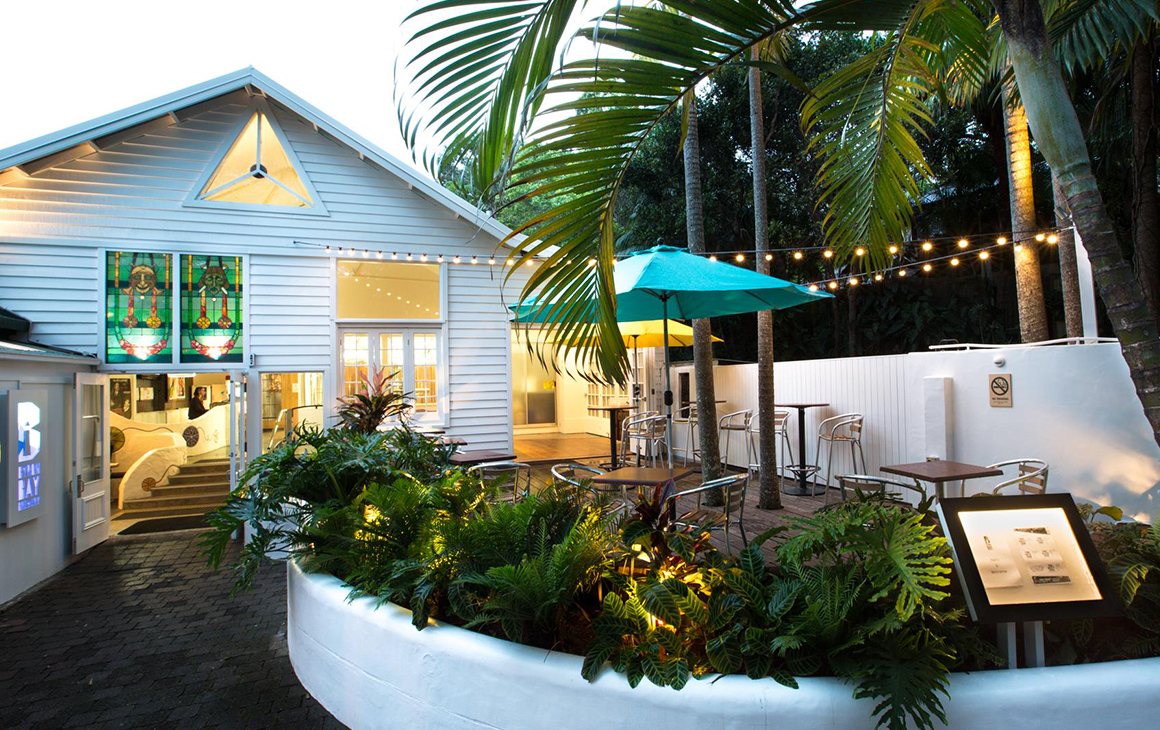 While the purists may scream this venue ain’t quite small enterprise anymore, after an acquisition by liquor giant, Lion, for us everyday craft beer swillers, the experience is still nothing but boutique. Undergoing a stellar renovation last year, Byron Bay Brewery’s bar and restaurant is welcoming thirsty patrons all summer long. Beeline straight for their cloudy pale lager, The Hazy One or, their IPA, The Lively One. 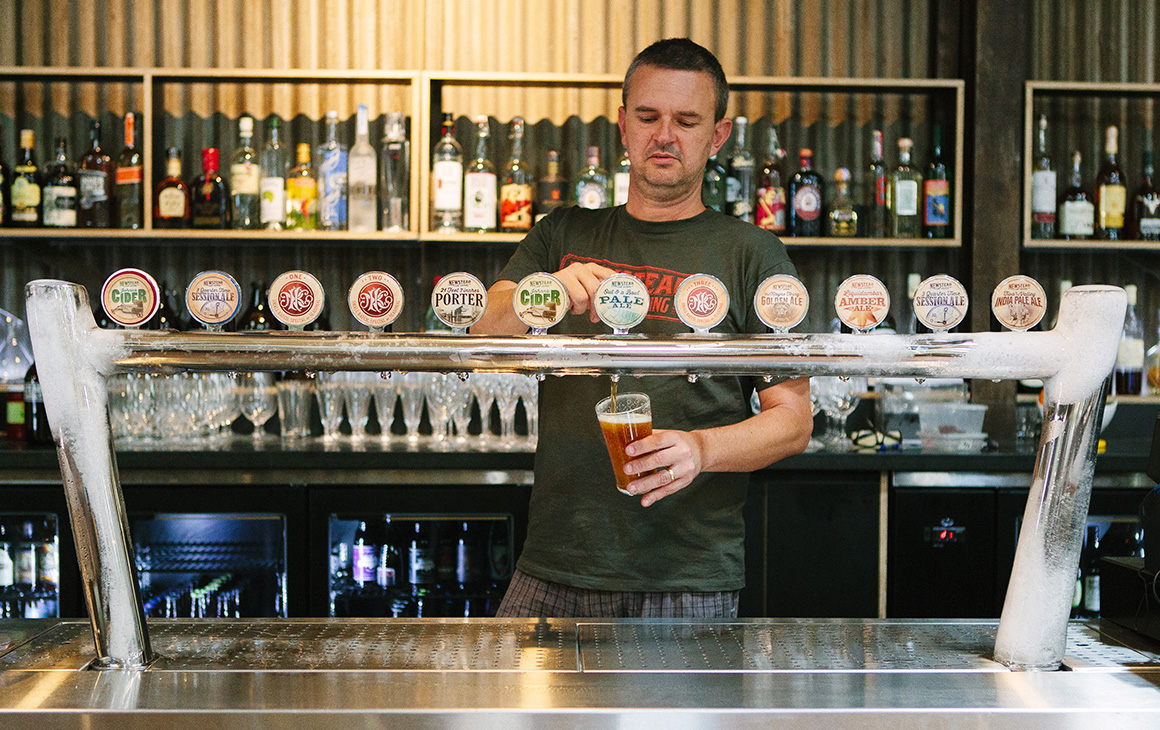 We asked our pals over at The Urban List Brisbane about their go-to brewery destination for summer drinks, and the resounding answer was Newstead Brewing. Pouring at this impressive Newstead-based (duh!) brew hall are a range of staples and seasonal specials. Better yet, these selfless brewsters also like to share the love, tapping other great craft beers from around the world. Work up an appetite with salty pub grub from chicken wings, to sweet potato fries, pizzas and cheese boards. Got a friendly designated driver taking one for the team? Afterwards you’ll want to hit up another epic brewery in Newstead, Green Beacon. 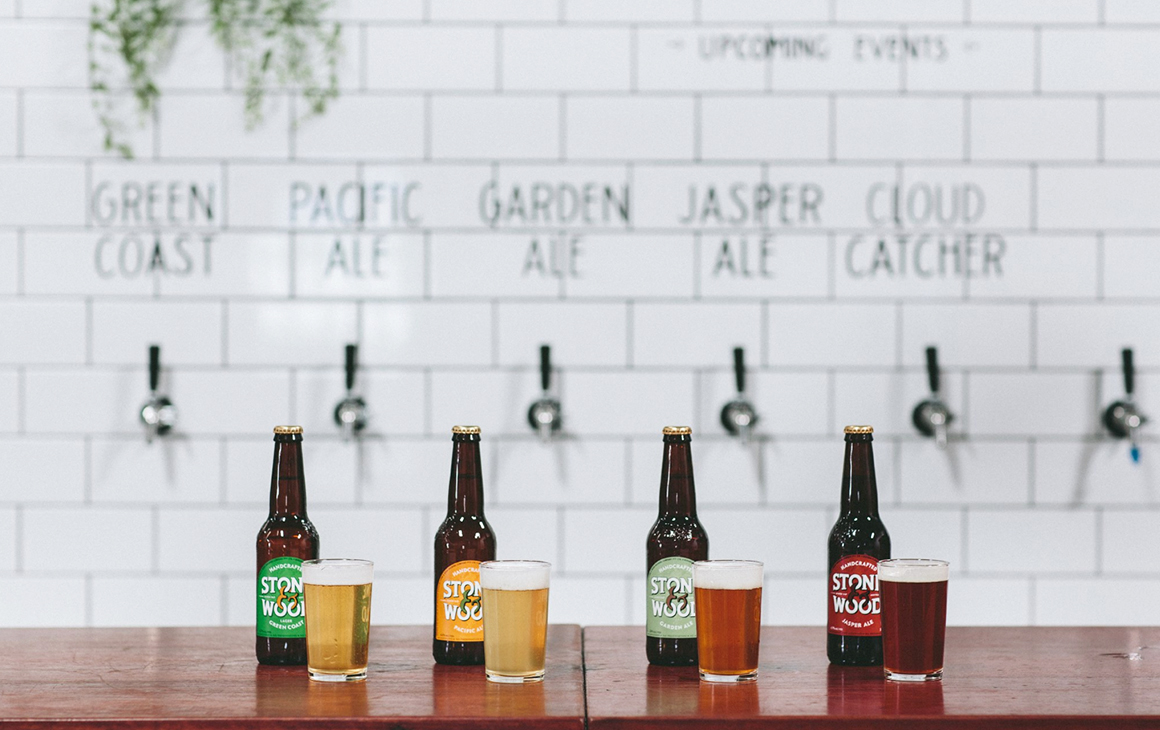 Ah, where would life be without Stone & Wood? While we no longer need to venture outside our hood to get that tank-to-tap-to-pint-glass experience, there’s still plenty of room in our hearts and stomachs for the legendary brewery that is Stone & Wood. Just a short drive down the M1 to Byron, join a brewery tour ($20 pp) and learn what it takes to be rated one of the country’s best breweries. Then pull up a stool in the taphouse and sip on all your frosty faves like Pacific Ale and Green Coast Lager, direct from the source.

Not so much of a beer drinker? Fear not, ‘cause we’re rounded up the best wineries within driving distance of the Gold Coast.