One thing you may not know about Luke Sales—one half of the extremely talented duo behind fashion label, Romance Was Born—is that he uses beautiful pronunciation. When we catch up, Luke is in the middle of frantically sending Pantone colours to India.

'Numbers, numbers, numbers; we have to get these Pantone colours off to India,' Luke explains quickly. 'We use the same company that weaves silk for the Dalai Lama, they use these traditional old looms to make beautiful silk brocades and silk jacquards.'

This process is indicative of the entire ethos behind Romance Was Born, Luke Sales and co-creator Anna Plunkett design with passion and commitment. Their Spring/ Summer 2013/14 ready-to-wear collection, 'Mushroom Magic', blew audiences away (as always) and is propelling the label even further internationally.

Luke kindly took time out to talk creative processes, Jenny Kee, Rockpool Bar and Grill Sydney, and what the future holds for Romance Was Born . . .

TUL: What took you from super heroes in 'Berserkergang' Summer 2012 to 'Mushroom Magic' this Spring/Summer 2013/14?

Luke: Each season we like to work with artists, or someone we can collaborate with on each collection.

For the super-hero collection we wanted to do something around comic books instead of so much about art; even though it is still a form of art. We approached Marvel Comics as we wanted to work with Jack Kirby's stories. Marvel were really into our ideas and they let us use anything we wanted—that was key to the collection. It was about doing something more primary: the whole idea was going from black and white, into primary colours and then into gold. Those super-hero colourways.

With Mushroom Magic we worked with Perth artist Pip & Pop. It was our reaction to the kind of girl that would live in these landscapes that she [Tanya Schultz] builds, these sugar installations. So we had a psychedelic idea but still there was a theme; a story about a progression of colour from pastel into bright, primary colours, and then in the end it was neon nighttime. It was also about metamorphosis—a maiden into a princess, the morphing of a butterfly.

In between we did a collection based on antiques. Well, not really antiques but decorative. We worked with a gallery in Melbourne called The Johnston Collection. So every season is just something different, it is always reactive to something, what we are interested in at the time.

TUL: Your collections are quite complex, the influences seem eclectic . . .

Luke: Yeah we always like to have a bit of a story behind it, something we are trying to say, or a world we are trying to imagine. And there are always a lot of different influences because we talk about it for a long time beforehand.

I kind of have my ear to the ground I suppose, about different things—not just art. So does Anna. So when we collaborate with someone it's not that we have just chosen 'the hot new artist', there has to be a reason behind it. Someone will strike a chord with us, or we know we have a collection coming up and we know we want a particular vibe.

With Tanya [Schultz] from Pip & Pop, we knew we wanted to do this psychedelic thing and we thought her work translates well into making contemporary paisley. Paisley is a big thing in that collection.

TUL: What's next? The collection was so well received—I believe you are heading overseas?

Luke: We are going to start concentrating on selling internationally and pushing our presence in Europe particularly. Already we sell internationally in Tokyo, Hong Kong, and Dubai but we want to focus more on the European market and, yes, maybe research trips to India for more textile development. At the moment we are pretty print-orientated and we want to start moving into other textile areas, experimenting with different things. Printing is totally the core of what we do but I feel that everyone's giving it a jab now, it is just about expanding and growing our business.

We are also doing an exhibition later next year with the National Gallery of Victoria, which will open in October. We are curating it, so that's a big thing as well.

TUL: And what about people who have inspired you, particularly Jenny Kee?

Luke: As a brand overall, yeah, Jenny Kee has always been a big influence of ours since we've been in fashion school. The thing about Jenny, she has made such a huge influence upon our cultural landscape, even on our artistic landscape. In fashion, she has really made an impact and her work has always been remembered and really stood out.

Anna and I have always been inspired by her—to think that someone can . . . when our industry is still quite small and quite conservative . . . make an impact that is so loud and colourful. She is more of an artist than a designer, I suppose. It's inspired us to think that we could also achieve the same kind of thing, or there is hope for us. Especially considering back then in the '80s, I mean now it's easier, of course, but for her to be able to have achieved everything that she did back then in such a conservative environment.

It's not just that she has done it—what she actually did was amazing as well. We've always said that we hoped one day we will leave the same footprint that Jenny has left, or that people remember us for what we did. It's about contributing something to Australia and making a positive impact on our cultural landscape. And now she has become quite a good friend of ours and she 'gees' us up and is so supportive.

I feel like there is a mutual respect for each other and what we do. There is so much about her and Linda Jackson (who she used to work with) that Jenny says reminds her of us and vice versa, it is nice to have the support of someone you respect.

TUL: Now onto food—where are some of your favourite spots to eat in Sydney?

Rockpool Bar and Grill Sydney is one of my favourite places to eat and drink—I love the bar there.

Sean's Panorama is great for lunch and I really believe in the ethos behind their approach to food [Sean's Panorama operate their own sustainable farm for produce—the view of Bondi Beach isn't too bad either]. Yeah I really like going there for lunch, especially when you don't have to go back to work!

The Nepalese Kitchen on Crown Street [481 Crown Street, Surry Hills. Ph: 02 9319 4264] is awesome. I go there all the time with friends—we have been going there forever.

TUL: And for a drink?

The Green Park in Darlinghurst is best on a Saturday afternoon, it is good for afternoon beers—nice and quiet.

I also like Bootleg Bar + Italian Food on Victoria Street for a drink.

The Spanish Club in the Spanish quarter is awesome—you just go and drink sangria. They make their own [sangria] and it is just like a Spanish RSL. 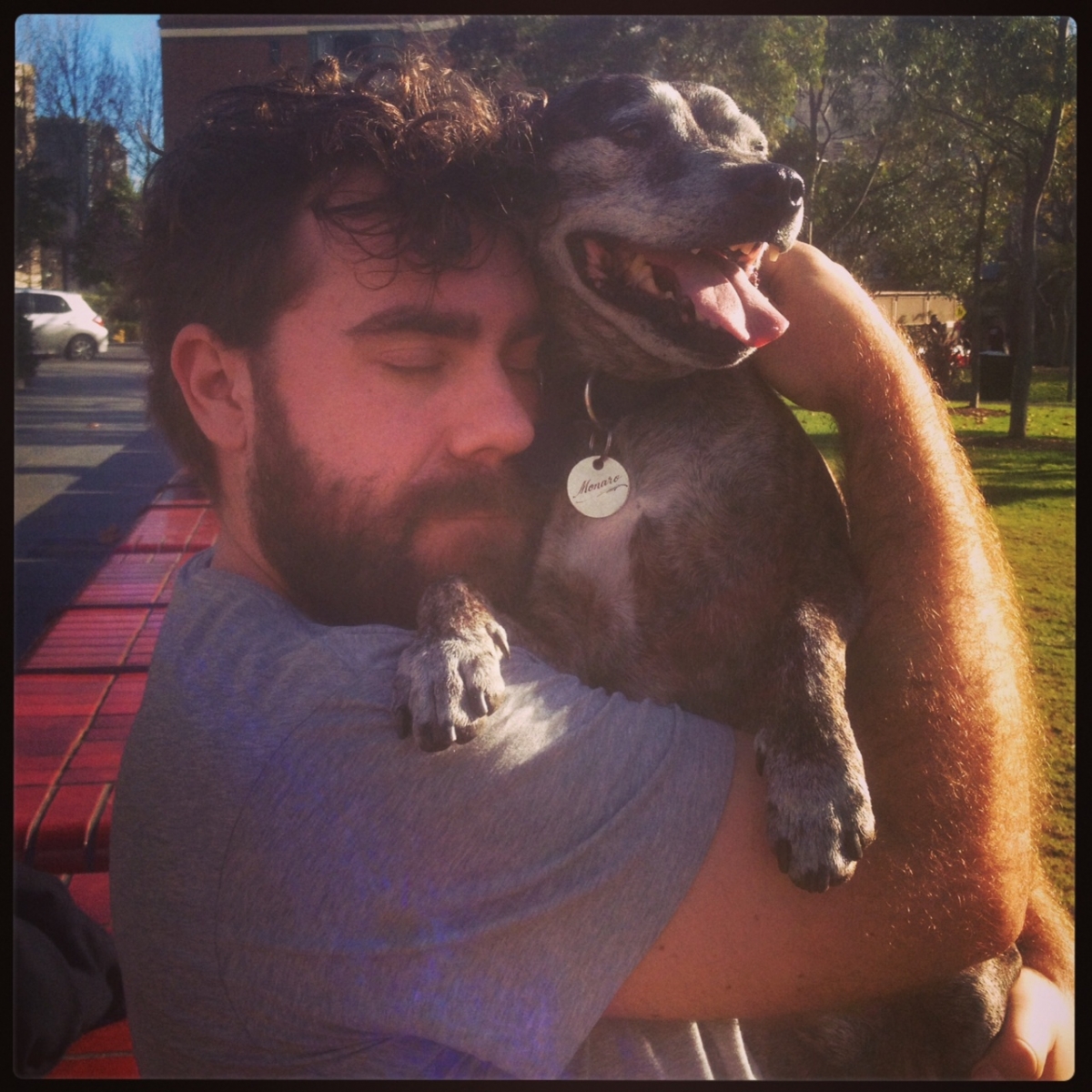