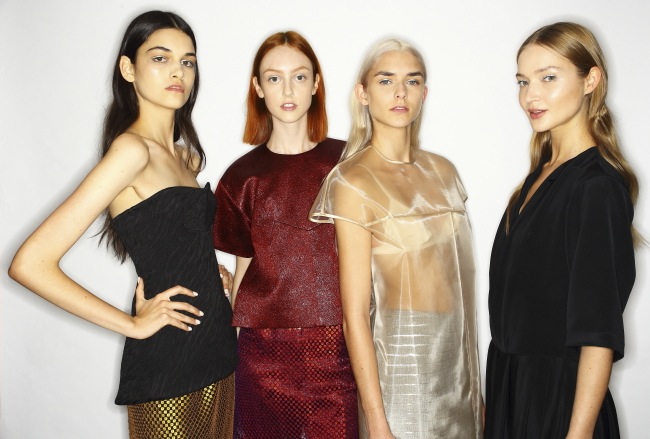 Yesterday, Sunday the 29th at the Hôtel d'Évreux, Paris, Kym Ellery debuted her stunning Spring Summer 2014 collection 'TRANSCENDENTA' to the international press. In a flurry of modernity, colour and organza—70s-esque silhouettes took to the runway.

Flares, ruffles and layers were incorporated within ELLERY's decidedly modern tailoring to create an air of playful sophistication. Along with ELLERY's signature flares, exaggerated circle sleeves and strapless dresses peppered the show. 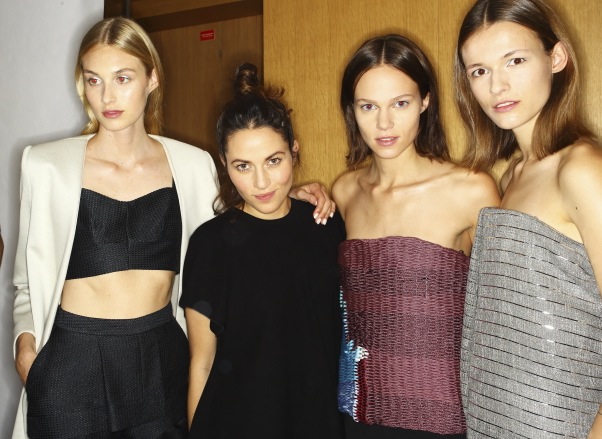 Textures and fabrication were a highlight: from the use of silk organza, metallic gauze and lamé, to hand-sewn sequin detail and bespoke hand-woven tapestries by Australian artist Ben Barretto—decadence was key.

The colour palette ran from black, white and garnet to soft nudes, spearmint and metallic. This variation in colour was accompanied in equal parts by the variation in monochrome to flourishing prints.

Kym Ellery is the third only Australian designer to show on the official Paris Fashion Week schedule; what an achievement. Previously Collette Dinnigan and Paris-based Martin Grant have been invited to present. 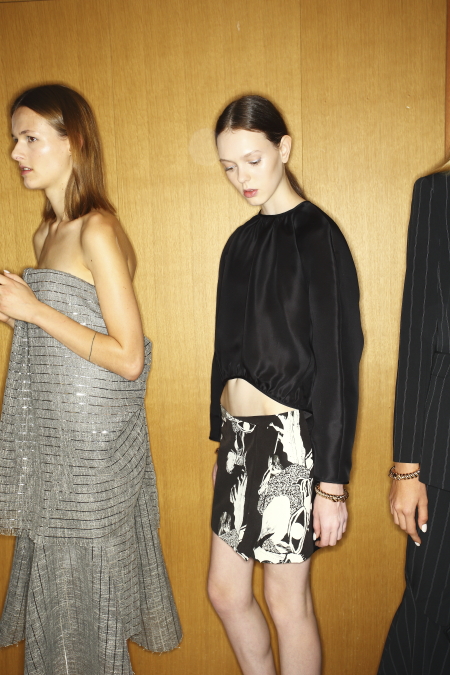 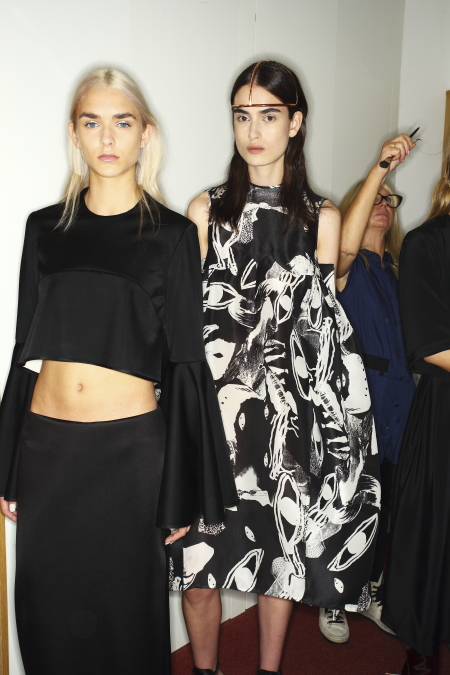 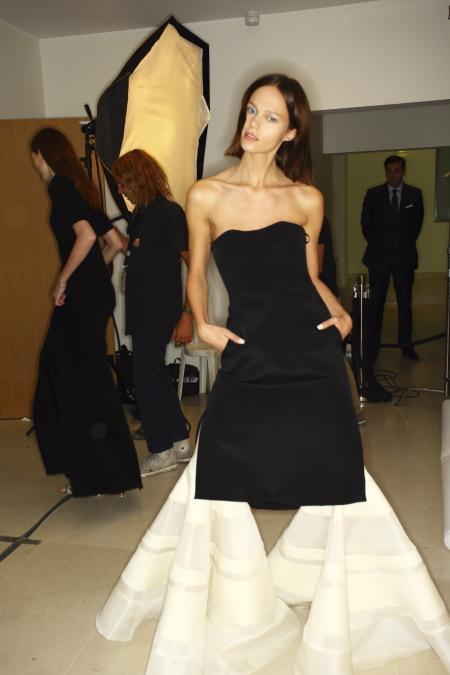 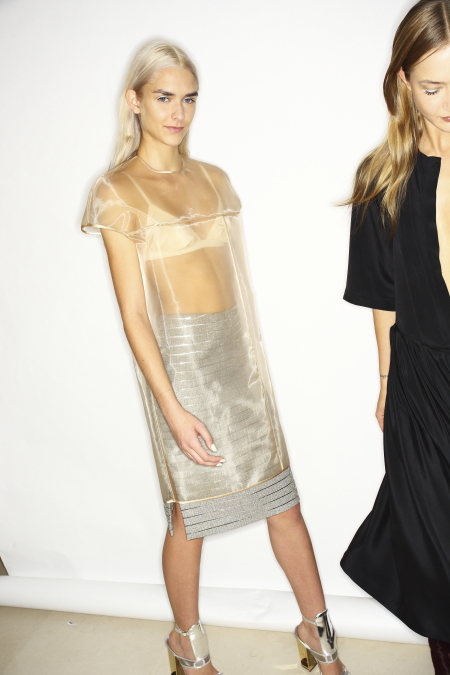 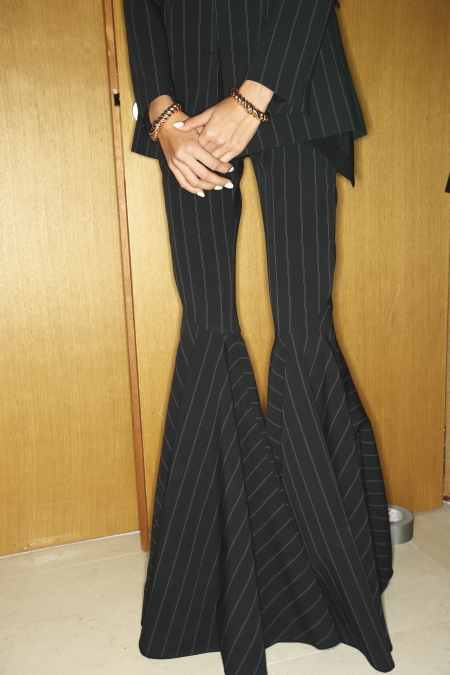 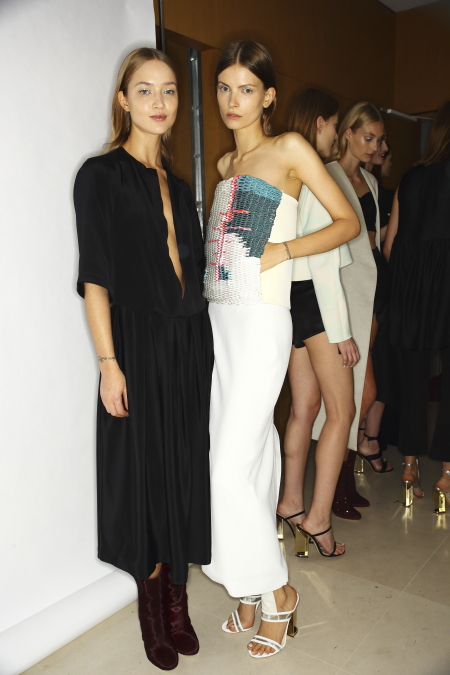 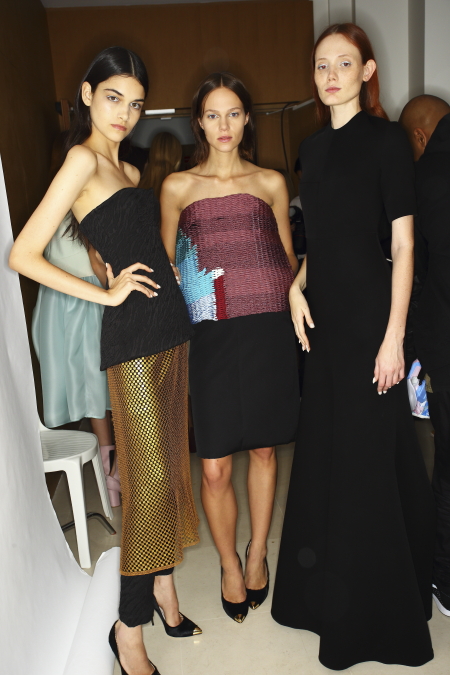 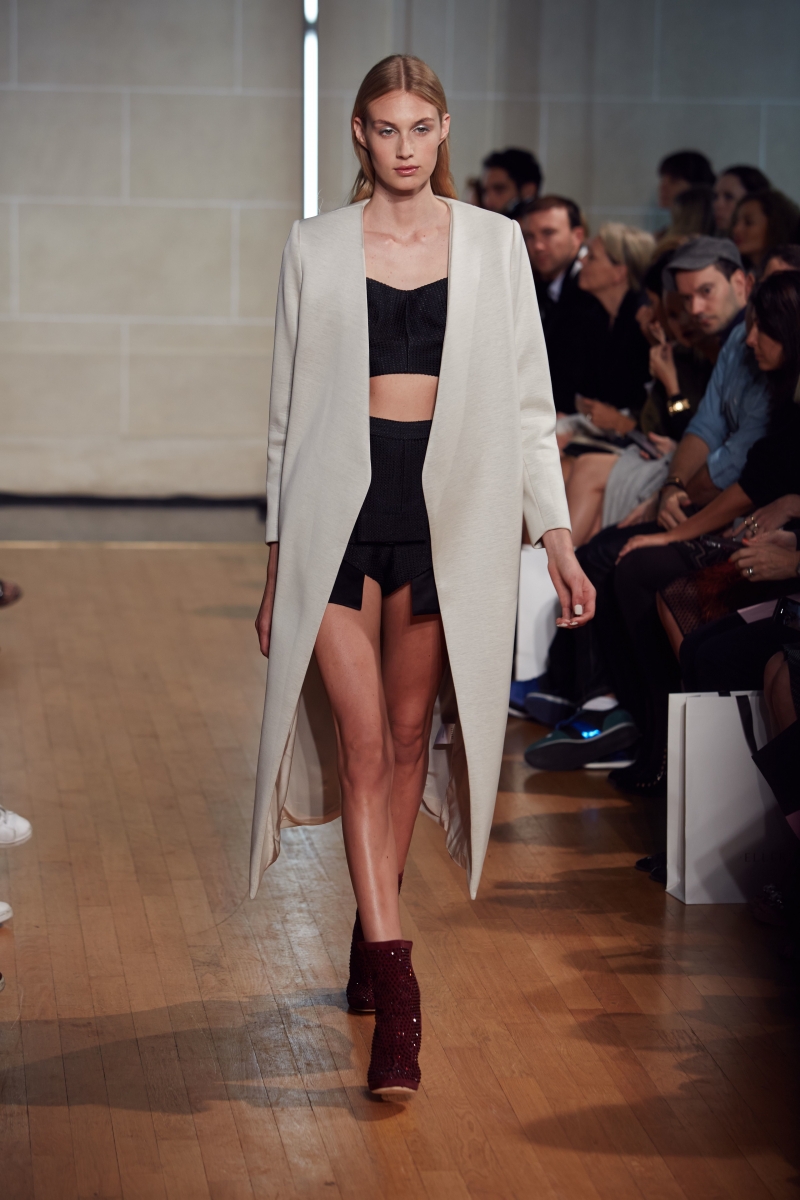 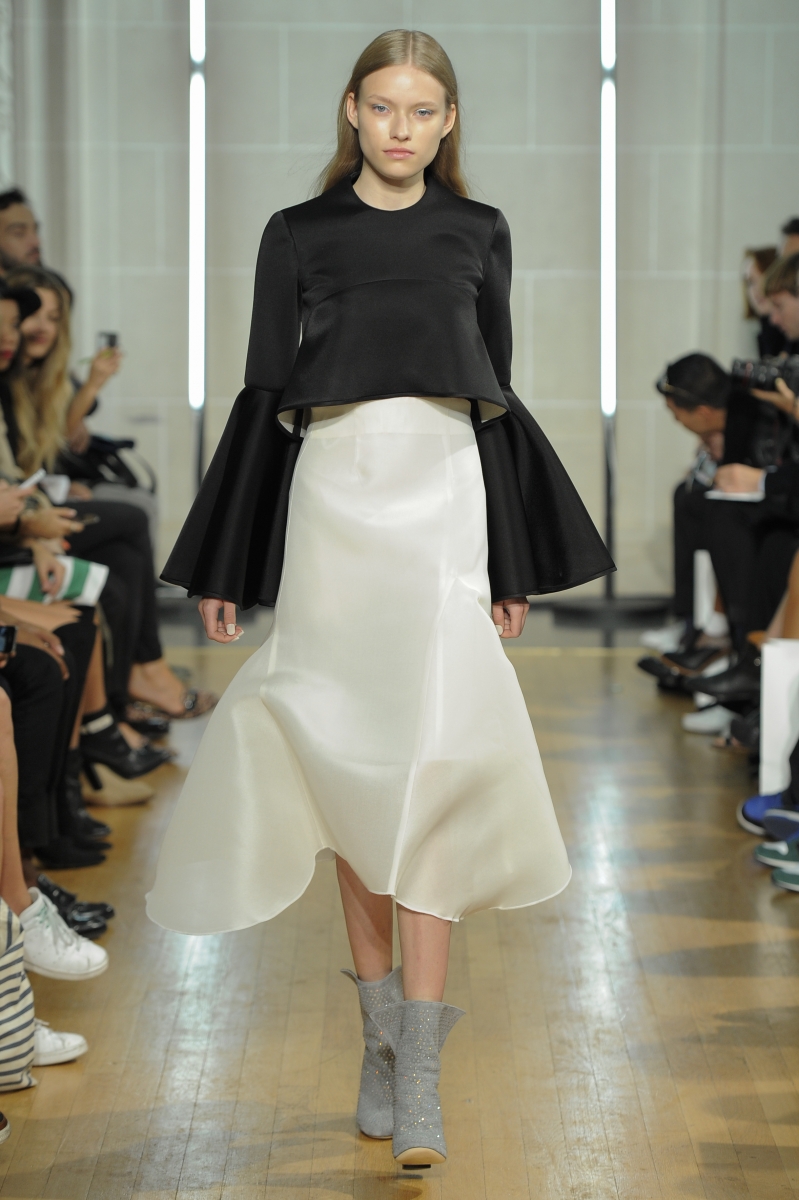 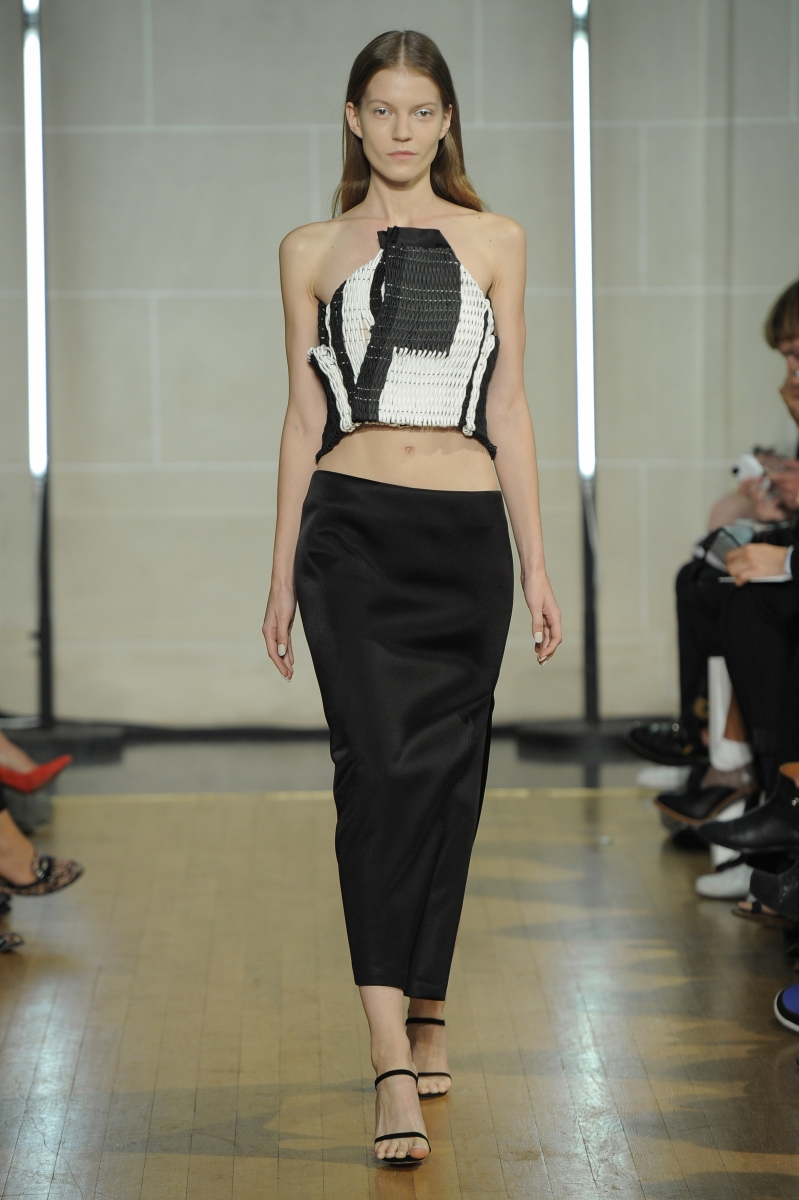 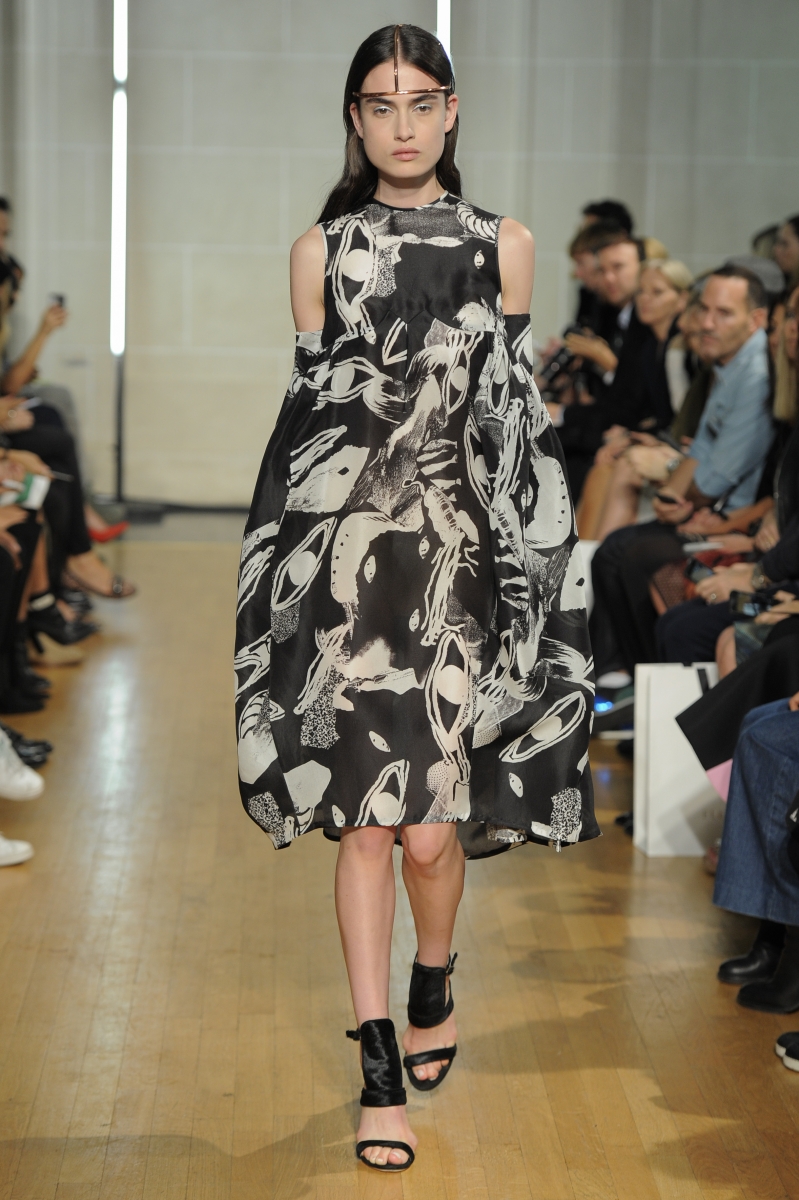 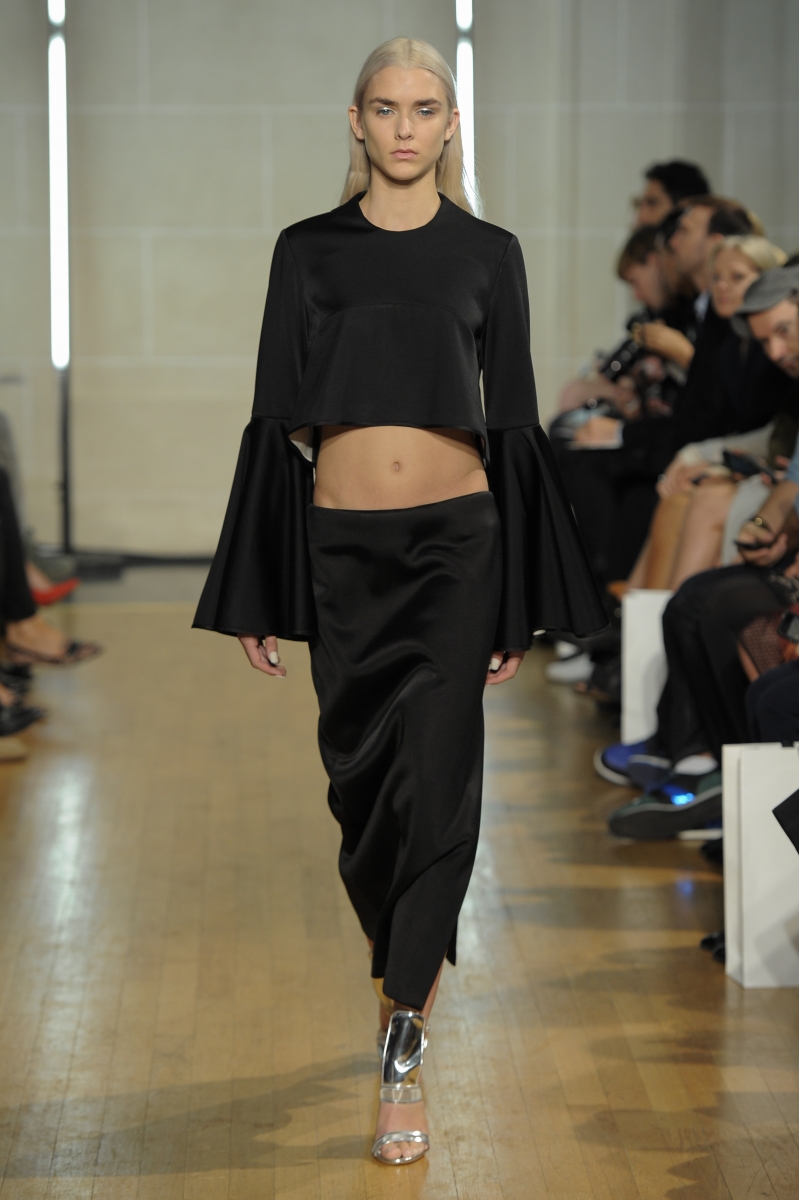 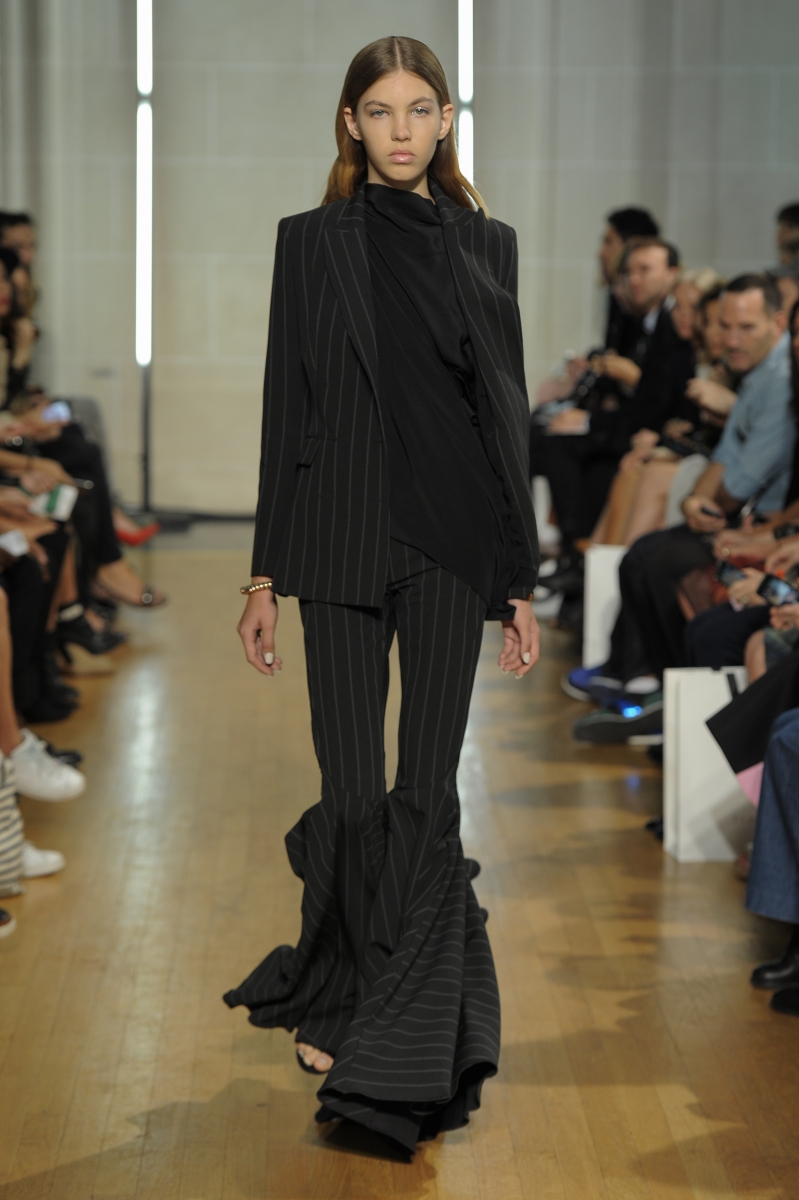 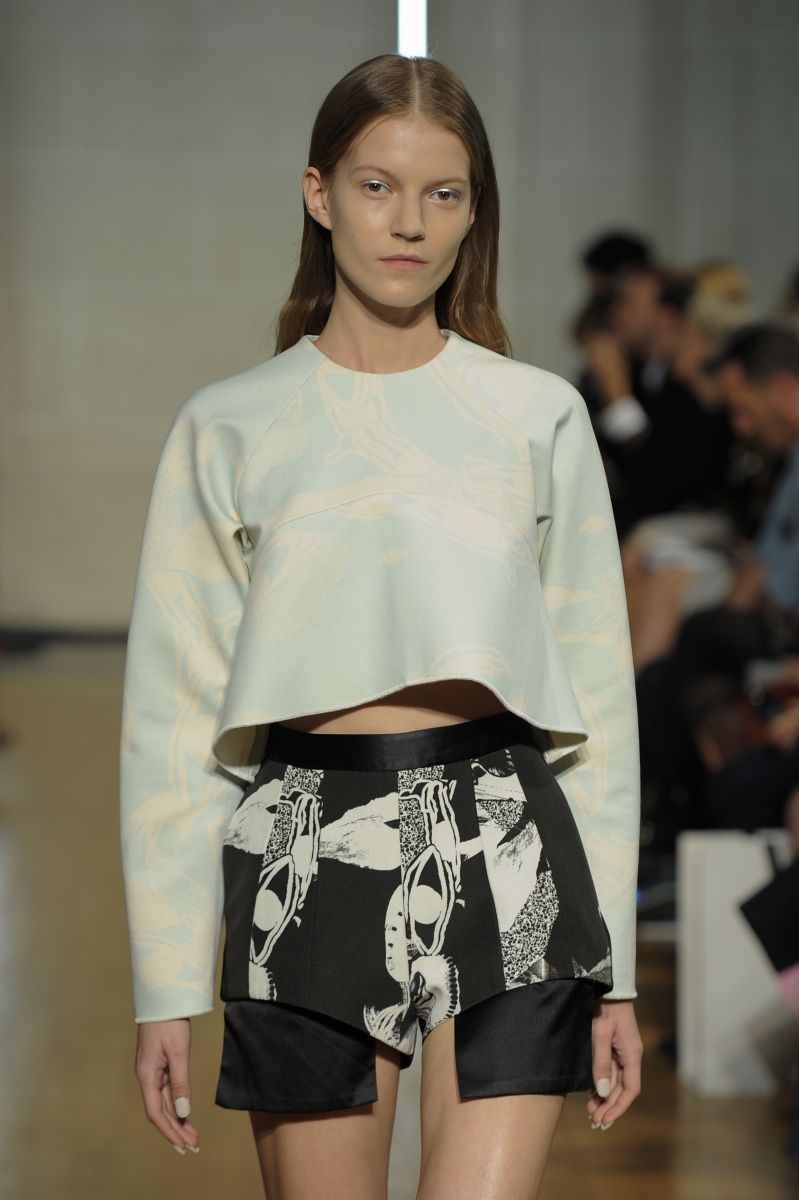 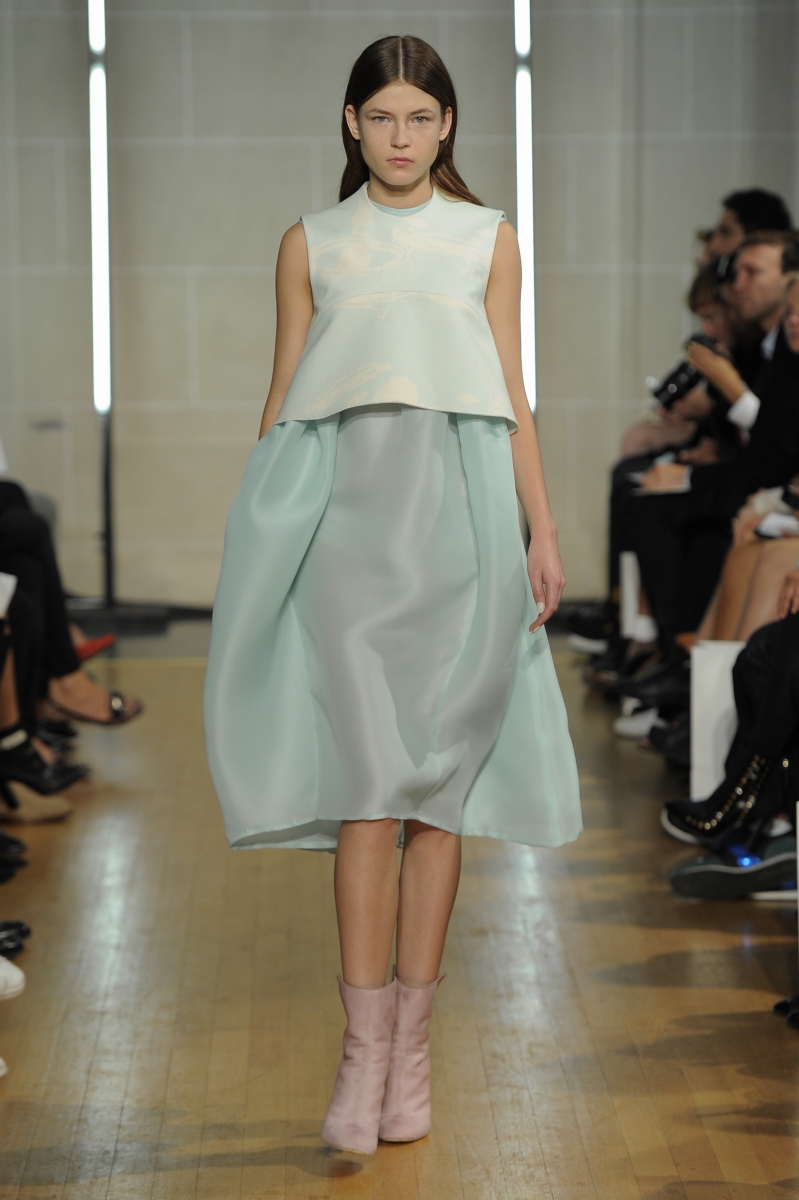 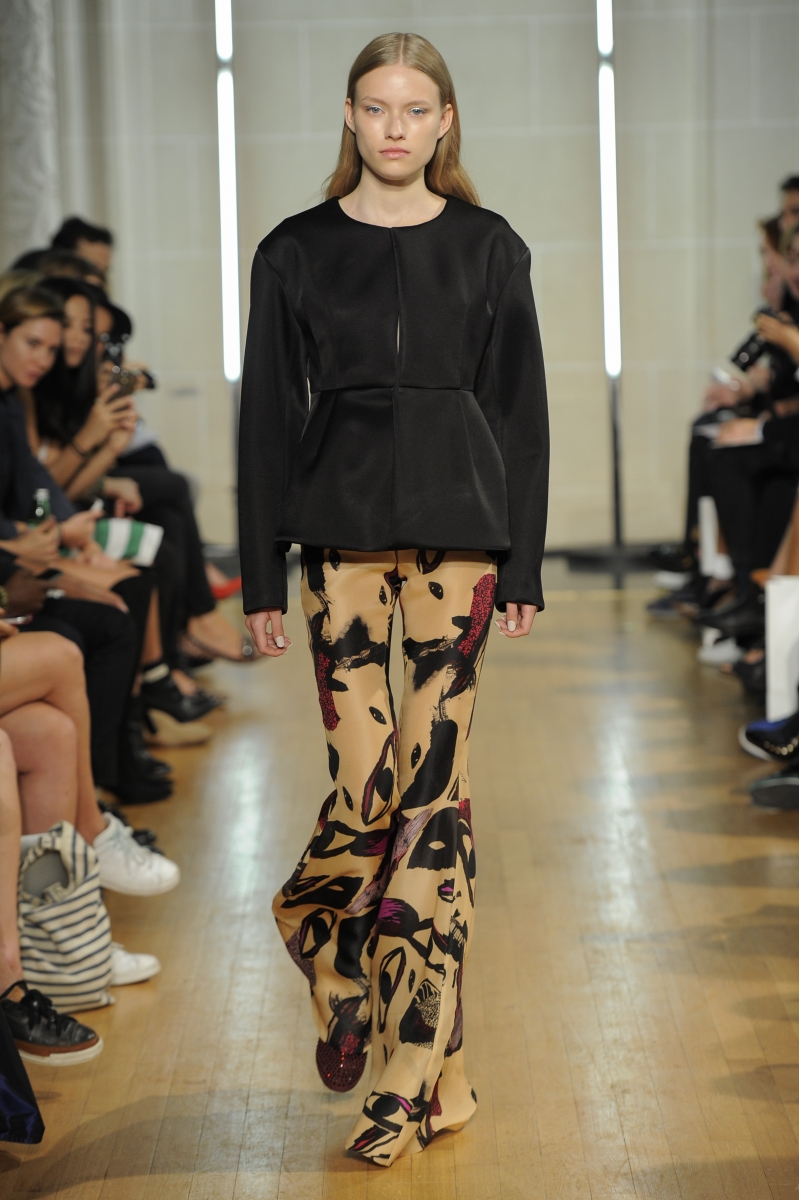 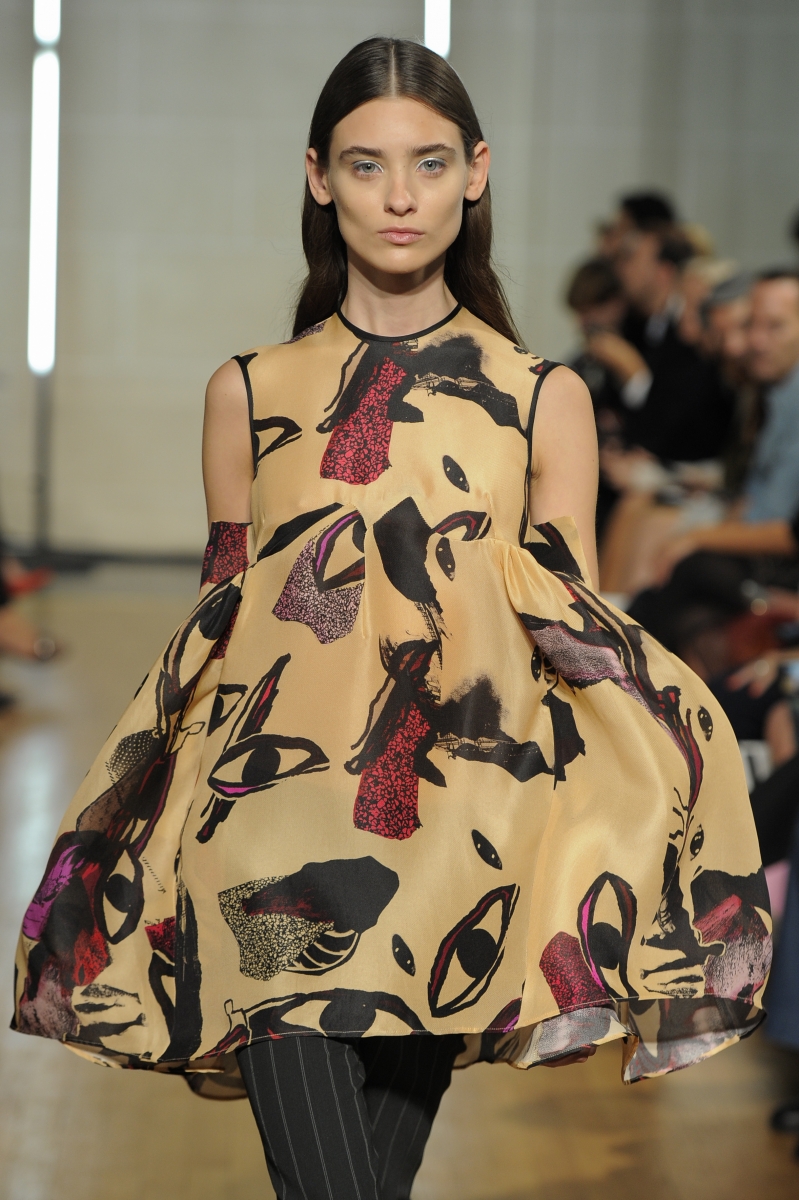