The Feed | The Sydney Food News You Need To Know About

A revolutionary reservations system made for and by hospitality professionals, Now Book It is an absolute game-changer. A must-have for over 4,500 venues across Australia and New Zealand, click here to find out more.

To make sure that you're on top of all the tasty things happening around Sydney, we've wrapped up all of this week's top food news right here. 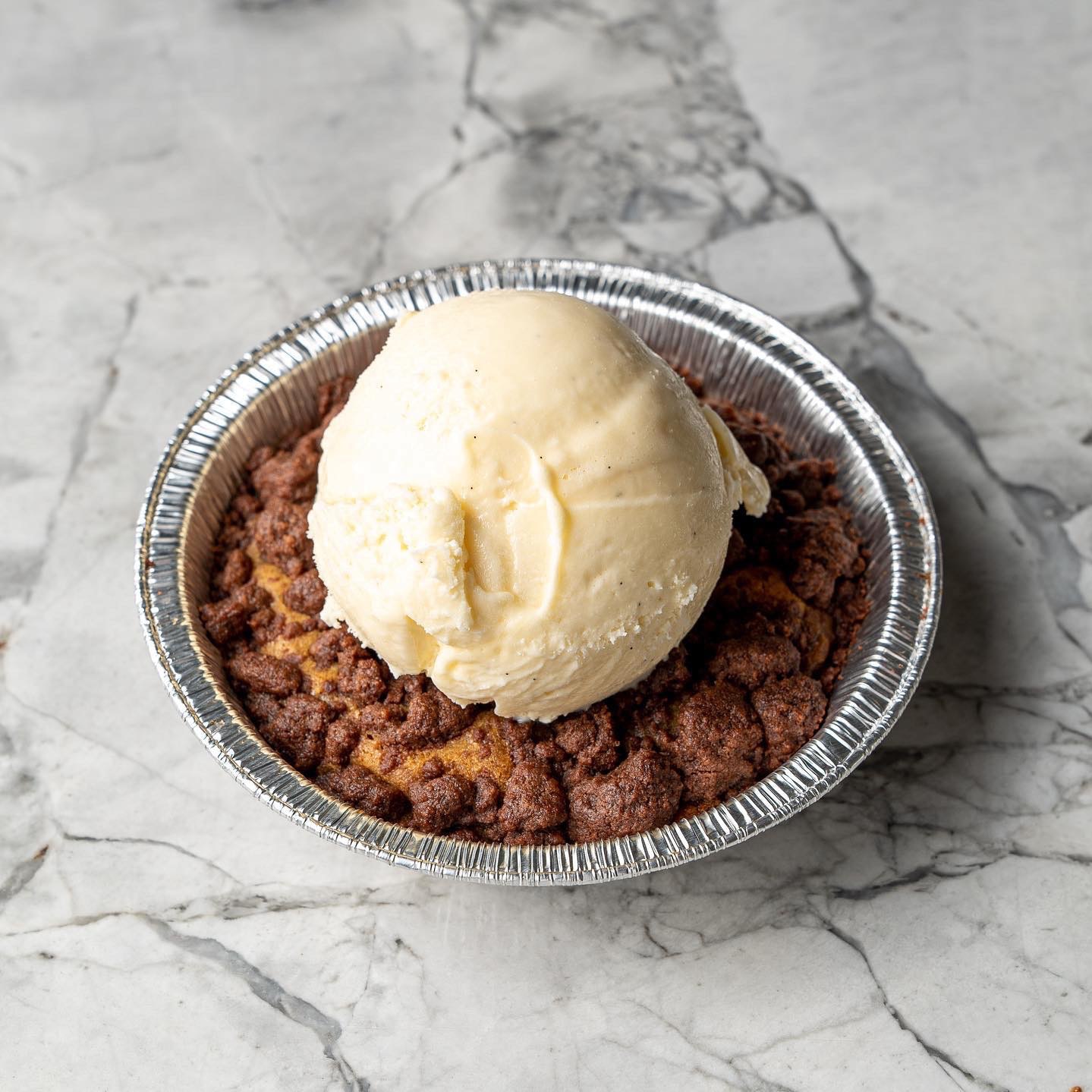 Lockdown in Sydney had a few MVPs—Messina's mega-hyped bake-at-home cookie pie was definitely one of them. Hot, gooey, and served with a scoop of Messina's famous gelato, the cookie pie hybrid earned a cult following in 2020. Now that we're on the other side of lockdown life (hopefully forever), Messina is bringing back the cookie pie in single-serve form. The pies will be popping up for winter and the foreseeable future as a sort of permanent part of the Messina menu, available on Monday and Tuesday nights from 6pm at select locations. If you're keen to get in on some choc-chip cookie pie action, baked fresh before your eyes, you'll need to hit up Messina in Randwick on Monday 27 and Tuesday 28 June. For more info, head over here. 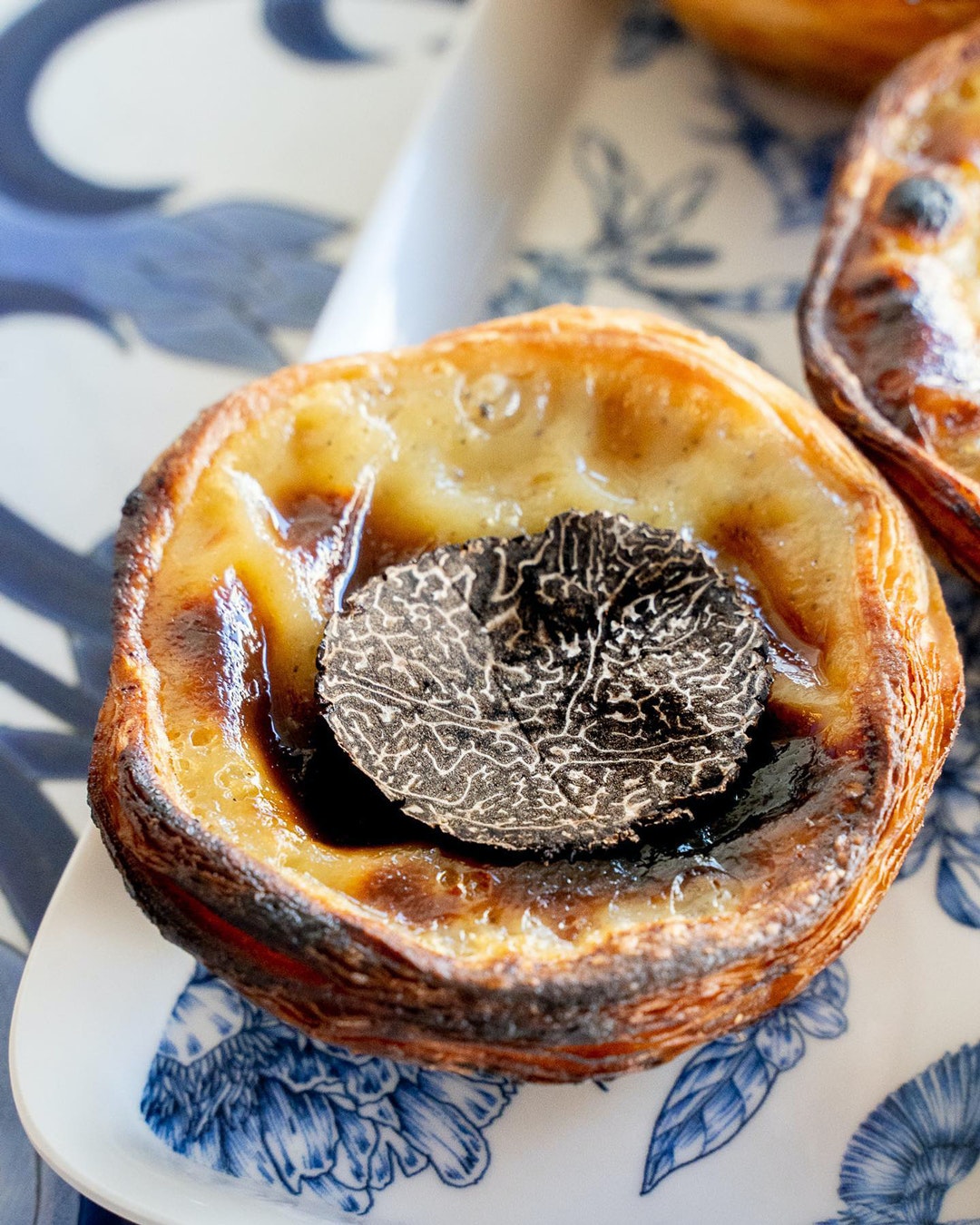 Truffle season is in full swing in Sydney. These pungent, earthy delicacies seem to stir up a whirlwind of culinary creativity each year, with menus around town boasting things like truffle wagyu tartare to truffle ice cream sandwiches and truffle tiramisu. The latest eatery to hop on the truffle train is Sweet Belem, one of Sydney's much-loved Portuguese tart hot spots. Basically, chef-owner Jose Silva has collab'd with chef Jacqueline Ektoros to create three tasty truffle-laced treats. Their famous Portuguese tarts will be made with truffled free-range egg custard and topped with actual slices of black truffle. Their vanilla slice is also getting a black truffle custard filling, and their brioche doughnut will be filled with truffled crème pâtissière and dusted with truffle shavings. The menu launches this Saturday 25 June and will be available on weekends throughout winter.

Icebergs' Maurice Terzini Has A New Piano Bar For Sydney 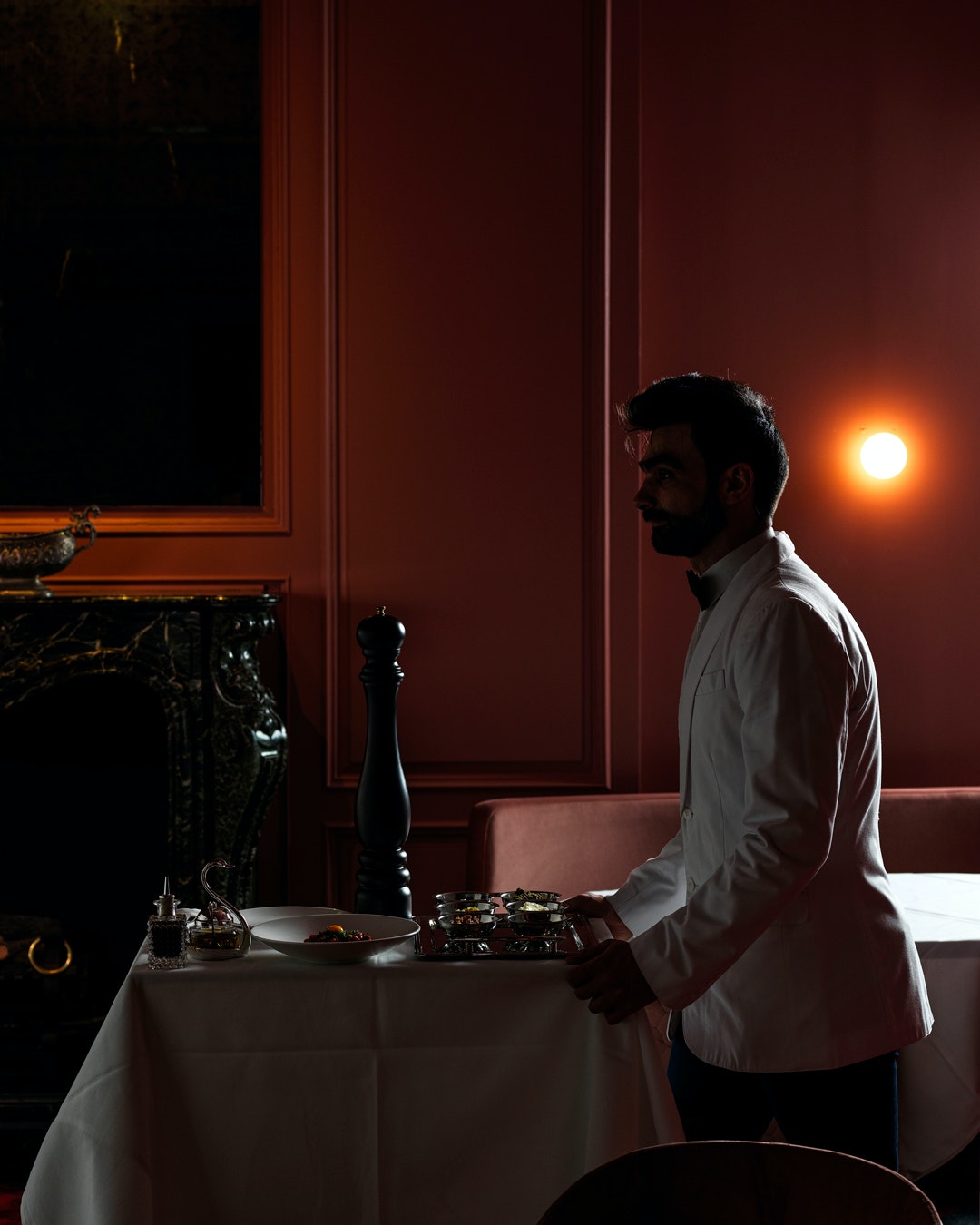 Maurice Terzini, the restauranteur behind a handful of iconic Sydney venues (Icebergs Dining Room and Bar, CicciaBella, RE) is back with a brand new bar concept. This time, he's taken over the bar at the InterContinental Double Bay giving us The Bar—a piano lounge meets supper club inspired by the slick hotel bars of New York, Paris, and Rome. Working alongside long-time business partner Dave Owen, chefs Lewin White (Icebergs, Quay, RE) and Denny Lohanda, as well as drinks creative director Ana Page, here you're in for decadent martinis made tableside, Icebergs Blood Marys, N25 Kaluga caviar, spanner crab lasagnette, and more.

The look and feel of the bar have been transformed by Sydney-based experiential design practice Alfred. There's a baby grand piano, a soft cherry hue painted throughout, vintage silverware, and newly commissioned works by artist Vicki Lee. Terzini has a roster of events and activations in the bar queued up, including but not limited to  The Piano Man Scot Finnie playing three nights per week. The Bar is now open, more info, including opening hours, can be found here. 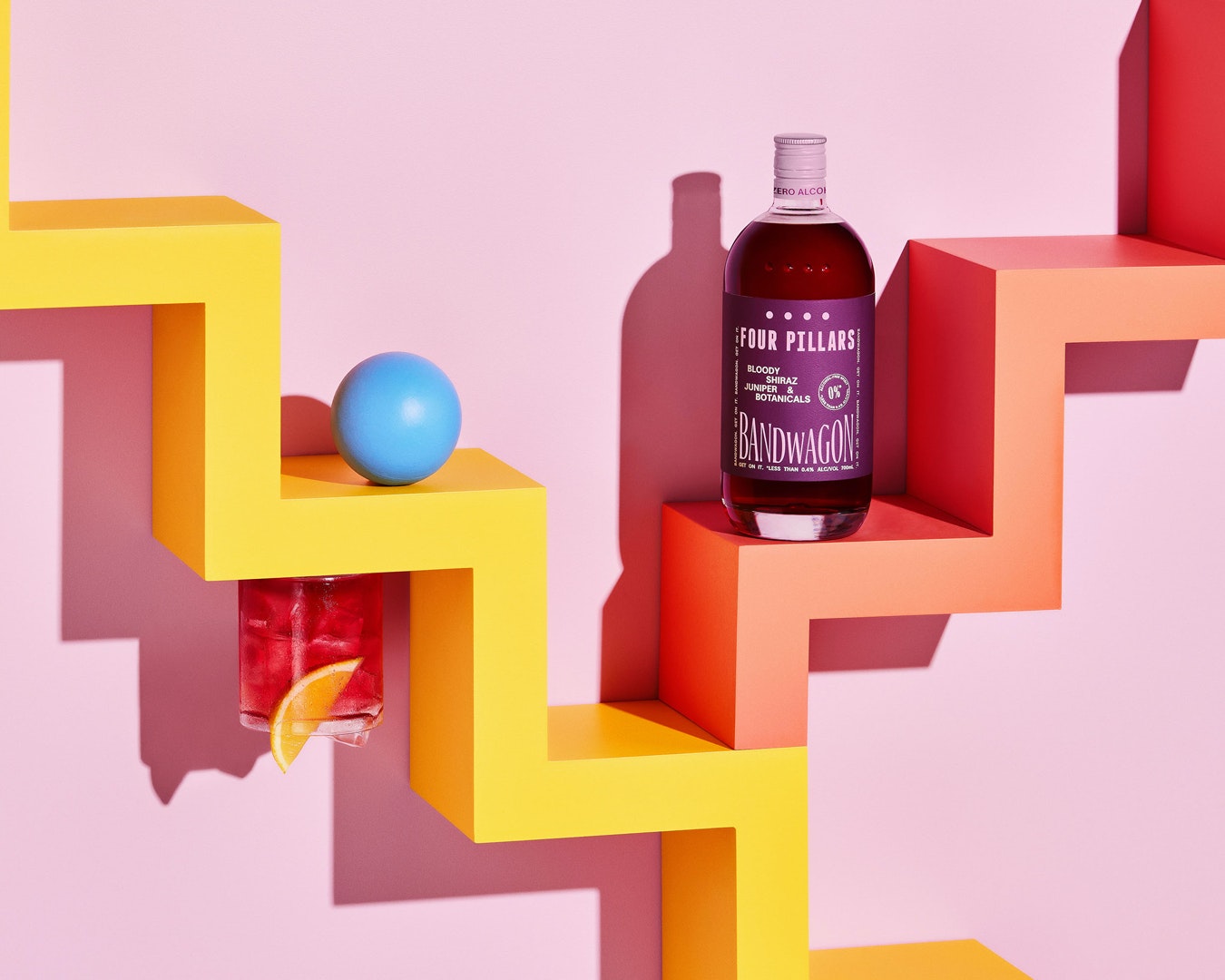 Yes, Four Pillars has officially entered the non-alc zone—and we love to see it. After two years of testing and perfecting, the multi-award-winning gin distillers have risen to the ultimate challenge with not one but two tasty alcohol-free gins that riff on their most popular drops. The first is a zero alcohol version of the Blood Shiraz called "Bloody Bandwagon", made with the same Shiraz grapes as its boozier cousin, though the grapes are used unfermented (so, Shiraz juice, sans alcohol). The second is the "Bandwagon Dry", made with the same 10 botanicals used in Four Pillars' Rare Dry Gin. It's then given the heat and weight of a real gin with fresh chilli and fructose. Genius!

Four Pillars' Bandwagon varietals will be available at the end of June at the Four Pillars Laboratory in Surry Hills and online. 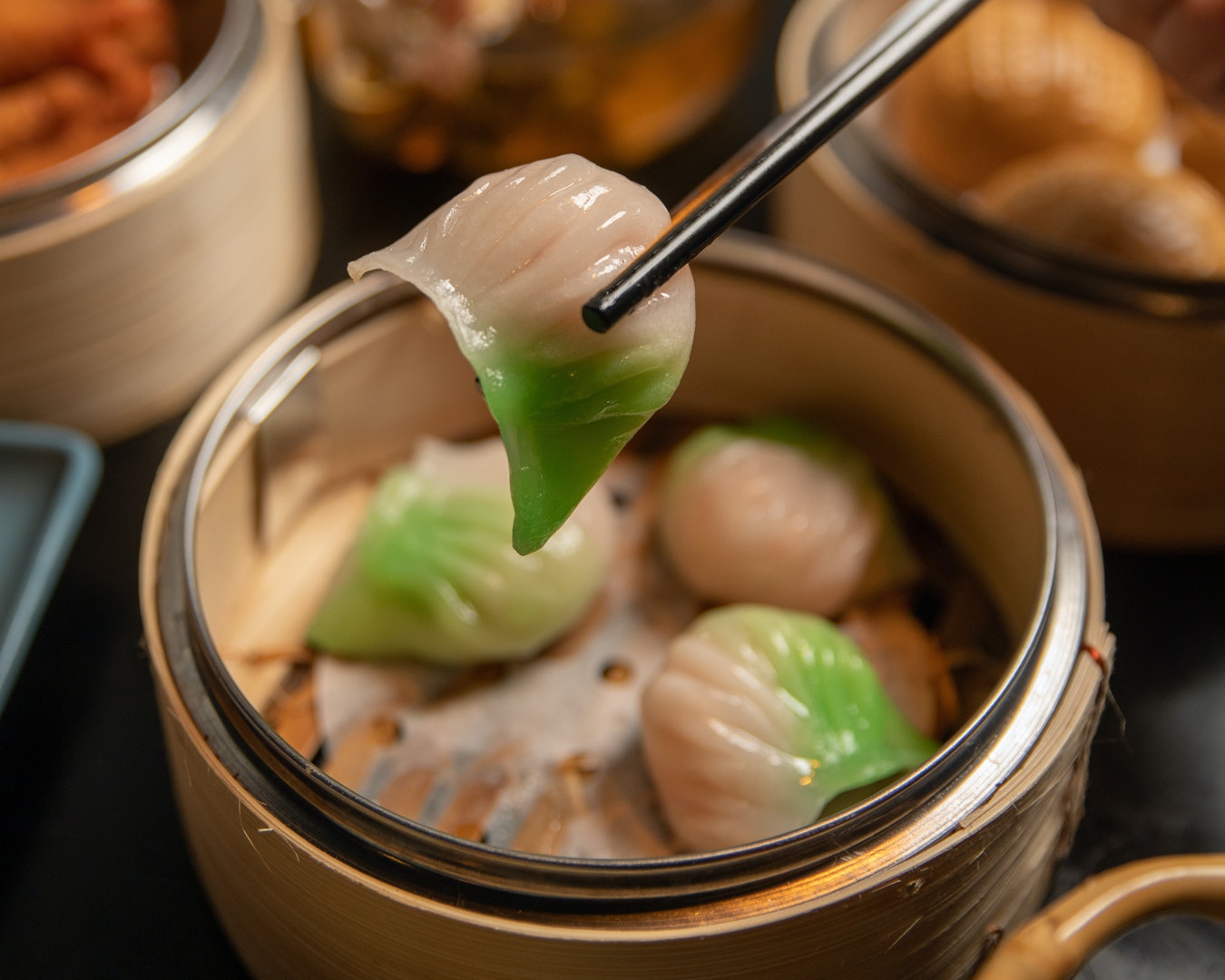 Chef's Gallery is one of Sydney's much-loved contemporary Chinese restaurants (and one of Sydney's top spots for handmade dumplings). This month they've launched the biggest menu shake-up since they opened over a decade ago (in 2010). Basically, they've intro'd a few new dishes and revamped some of their signatures—think crisp Peking duck roti, lobster tail noodles, perfectly pleated prawn hargow, and mini pork burgers, each designed to be shared. To celebrate the menu switch-up, Chefs Gallery is also giving away one free sharing dish to every table until the end of July. For now, the new menu is only available at Parramatta but will be coming to Town Hall and Macquarie very soon.

Now, head over here for even more tasty food news.