This October marks a month-long celebration of fabulous food and wine, featuring more than 500 events to tantalise your tastebuds. Australia's largest food festival, Good Food Month brings together some of the country's top chefs, restaurants, farmers, wine experts and artisan food producers—this is a true highlight for Sydney's culinary calendar.

Presented by the Sydney Morning Herald, this year's Good Food Month sees the return of favourites including; the Night Noodle Markets and Hats Off Dinners, as well as new happenings like the Breakfast Club and Good Dinners Under $30. Laneways Come Alive will see Sydney laneways turned into alfresco dining destinations, while outdoor festivals include: Best from the West, Jewish Food Culture Fest, Norton Street Italian Festa and Fairfield Culinary Carnivale. Here are our top picks and printable calendar below.

Hats Off Dinners
The hatted chefs of The Sydney Morning Herald Good Food Guide will be setting aside their regular menus for one night only. Throughout October, Tuesday nights will see a selection of culinary presentations including: ARIA restaurant's Matt Moran serving a 7-course dinner comprising retro dishes; est. hosting a very special Marie Antoinette's Dinner Party; Balla serving a 4-course degustation menu with Jewish-inspired Italian cuisine; Flying Fish firing up a harbourside barbecue; and Neil Perry paying tribute to the year Rockpool first opened, 1989, with a retrospective of late-80s dishes.

When: Tuesdays throughout October at various locations
See the website for other locations and to make a bookings 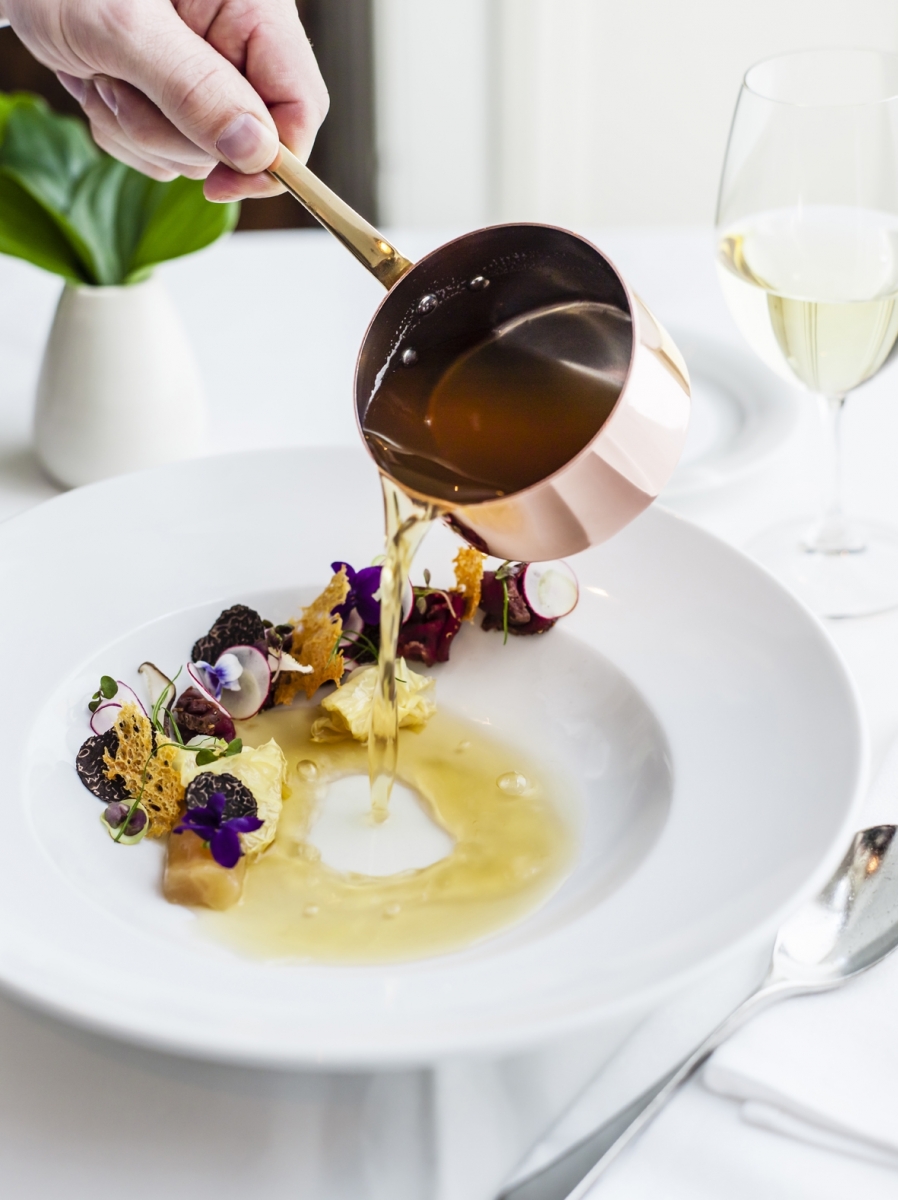 Gazebo's Rekorderlig 9 nights 9 dinners
Gazebo has teamed up with Rekorderlig to host a series of exquisite dinners over the first nine nights of October. Head chef Jason Dean has worked alongside Rekorerlig's Swedish mixologist in order to create a special menu inspired by the nine Rekorderlig flavours. The evening will begin with cocktails and canapés, followed by a fabulous four-course dinner.

Omnivore Sydney
Themed as '100% Jeune Cuisine', Omnivore French food festival spans four days of party, pop-ups, master classes and amazing dinners, all championing the world's top emerging chefs. Hailing from Paris, LA and NZ, international chefs will be collaborating with local cuisine kings, to offer Sydneysiders a sense of  'the global village' that is at the heart of Omnivore's ten-year journey. There will be a pop-up dinner at HQ Omnivore located in the Australian National Maritime Museum, as well as the Omnivorious Party Saturday the 5th. Not-to-be-missed dinners will be held at Ester, Sixpenny and The Woods.

When: October 3-6
Dinners at Ester and 4Fourteen October 4th; Dinners at Sixpenny and The Woods October 5th. 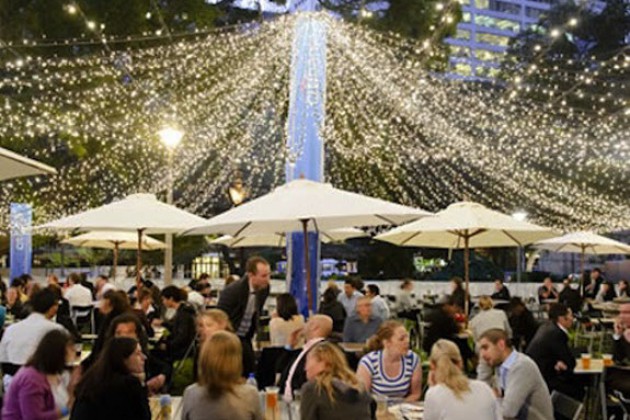 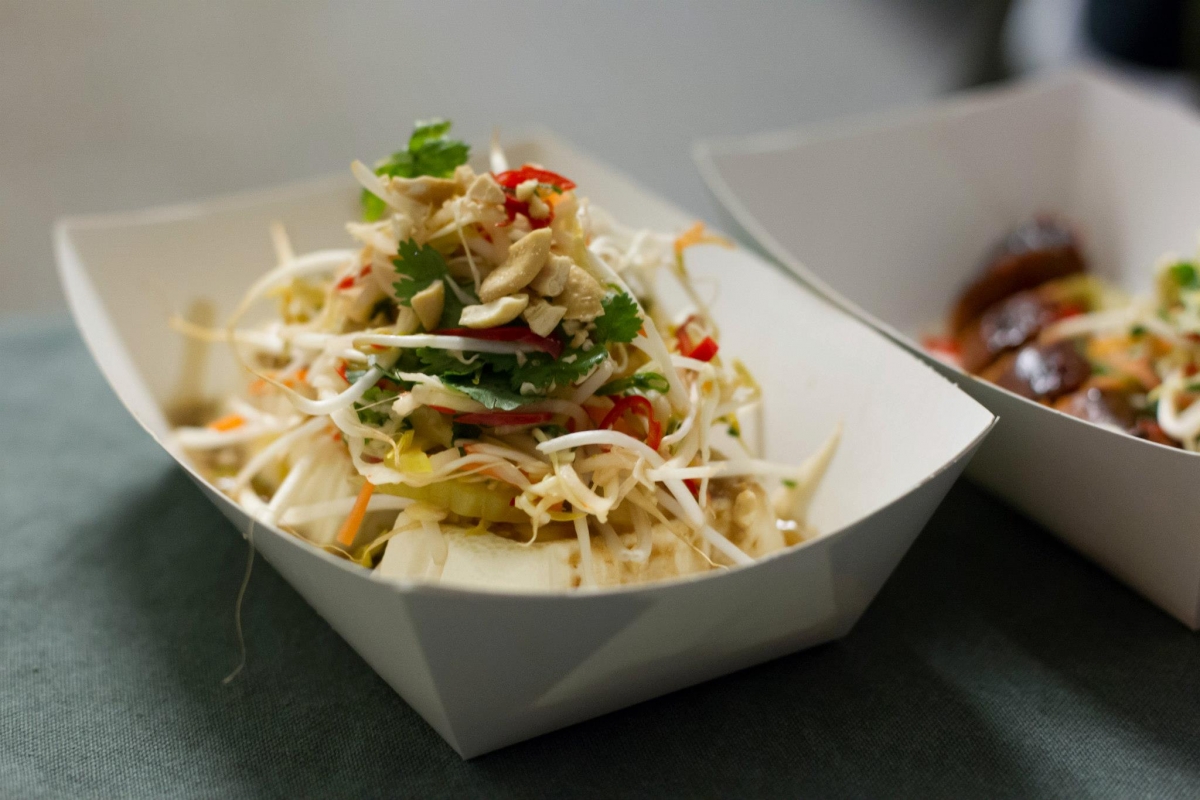 Good Dinners Under $30
A number of eateries from The Sydney Morning Herald Good Food Under $30 Guide are offering a two-course meal for $30 or under. Dinners include: Foley Lane, which will be hosting a tapas degustation; Bondi's Lox Stock & Barrel is serving a beetroot cured ocean trout followed by a flank steak tagliata; Spice I Am is offering special sundried marinated pork strips and green chili curry chicken; and Yume Sushi Japanese Dining is dishing up a feast of hot entrees, sashimi, teriyaki mains and Japanese ice cream. For more information and bookings head here.

World Dinners
Good Food Month is celebrating global flavours—bringing a buffet of exotic foods right to our doorstep. Events include: The Shangri-La Hotel hosting their annual Philippine food festival; Michelin-starred chef Greg Malouf cooking up a Turkish feast at Efendy; and all-you can-eat Spanish tapas and pintxos at San Sabastian Tapas Bar. The roaming dinner, Cena Itinerante, is an indulgent food trail starting at 121BC for aperitivo and antipasto, and then moving on to Vini for the primo course, followed by Berta for main and dessert. Check their website for more information. 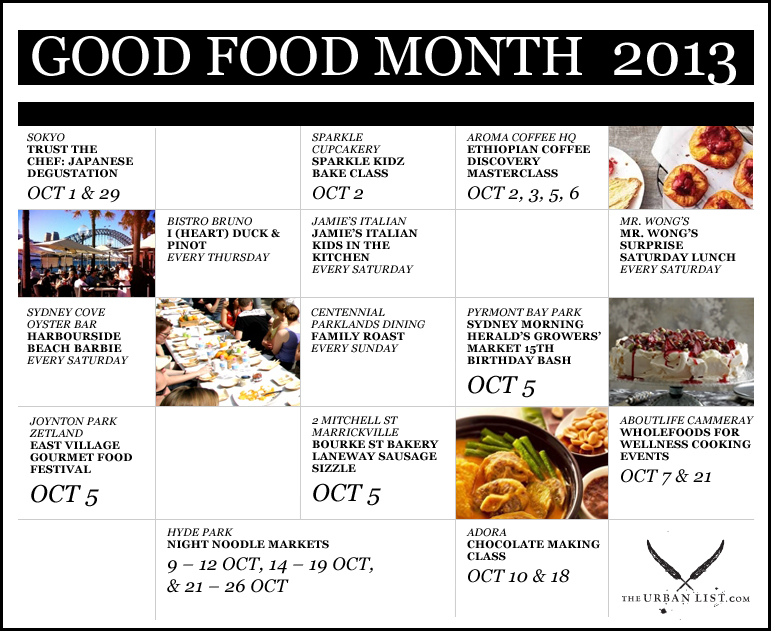 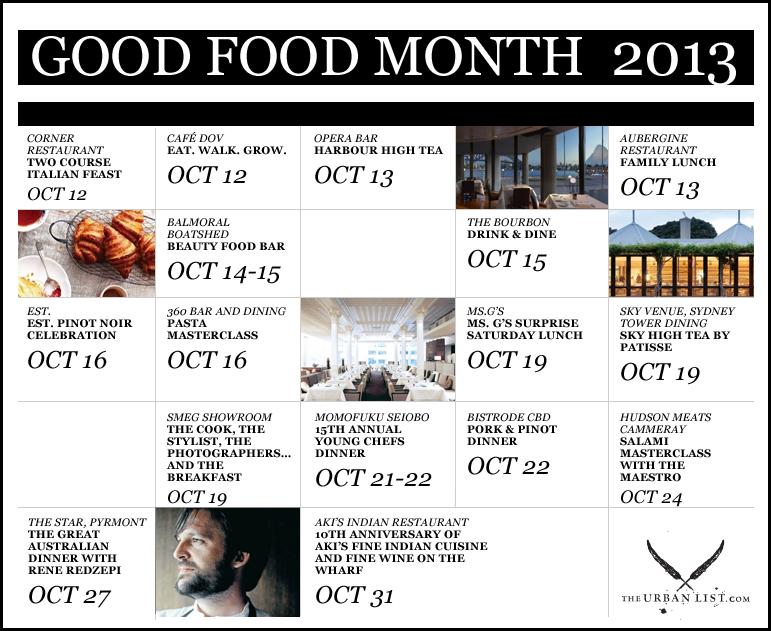