Load Up On The Coast’s Most Drool-Worthy Chocolate Treats

Chocolate. It needs no introduction because it’s everybody’s favourite thing. (Unless you’re one of those soulless people who claim they don’t like chocolate, in which case, stop reading because you’re not going to like where this article is headed.)

In celebration of World Chocolate Day on 7 July, we’ve compiled a list of the Gold Coast’s best chocolate everything. Get devouring.

The gang at Cubby sure knows how to indulge a sweet tooth and they’ve well and truly outdone themselves with this chocolate dream. This big cookie is loaded with not one but four types of gooey Lindt chocolate, macaron chunks and filled with white chocolate ganache—it’s a game changer! 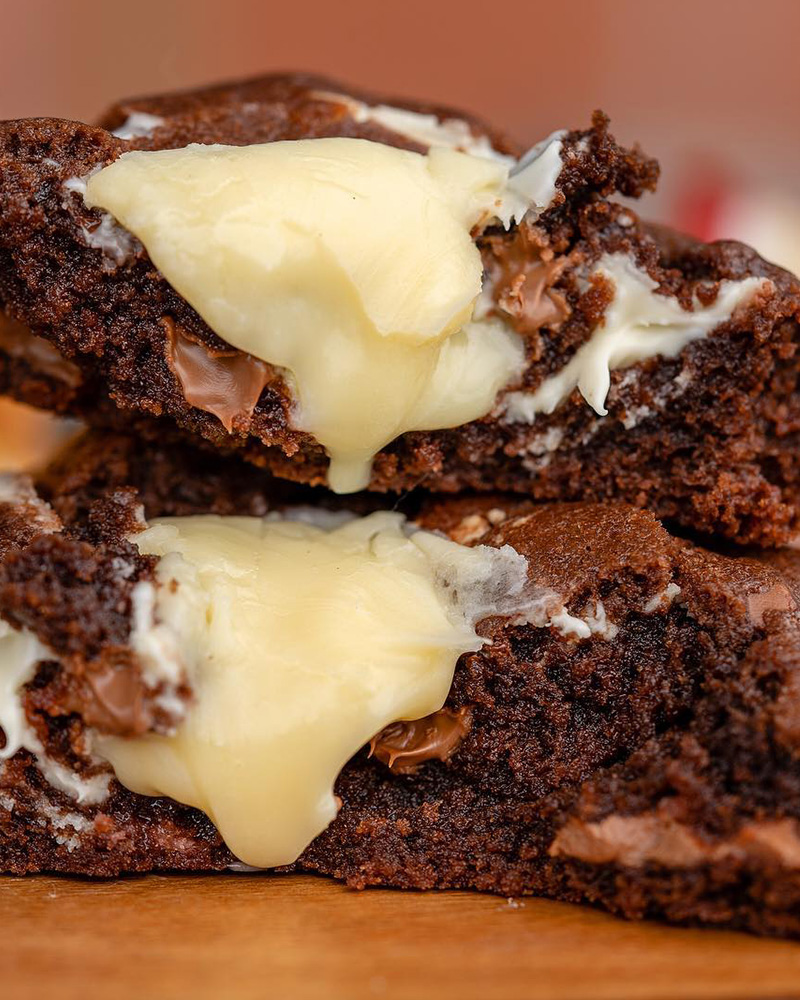 We’re all for a dessert pizza and they don’t get much greater than Melting Moo-Ments from Cowch. It starts with a cinnamon butter base, then is topped with lashings of Nutella, gooey toasted marshmallow, cookie crumble and finished with a generous sprinkling of dark chocolate chunks.

Northern Gold Coasters have a serious gem on their hands in the form of Ti Amo Gelato. And yes, it’s winter but we think ice cream is something to be enjoyed all year round. Our top pick? Their vegan Cookie’s and Cream. It’s smooth and oh so creamy, loaded with generous Oreo chunks. 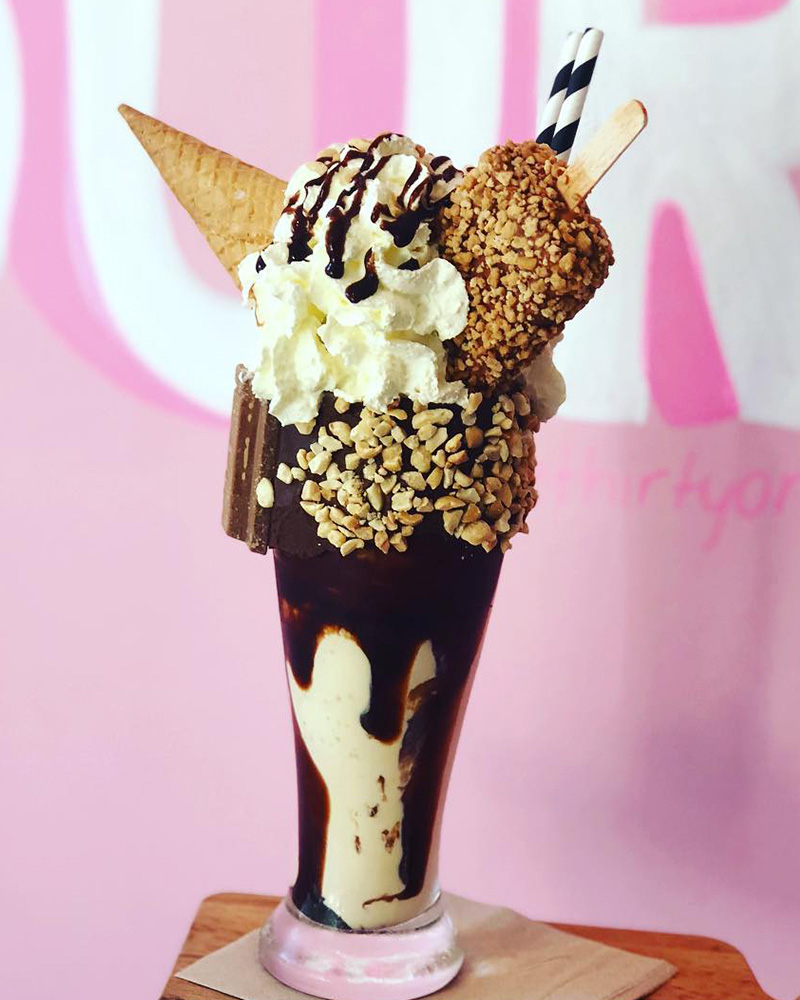 When a milkshake has an entire Gaytime sticking out the top of it, you know you’re in for one seriously tasty sugar rush. As the café’s name suggests, this guilty shake includes vanilla and Gaytime ice cream, a splash of milk, chocolate frosting, nuts, a Kit Kat and lashings of chocolate sauce.

Is there anything better than warm, crispy yet soft, freshly made waffles? If you’re going to be naughty then you’re going to want to chow down on the best and that is served up on the daily by the Oh My Waffle crew. Grab the Banana Bounty Hunter, a golden waffle topped with chopped banana, drizzled with Whitaker's Creamy Milk Chocolate, Bounty bar, ice cream, whipped cream and dusted with coconut. 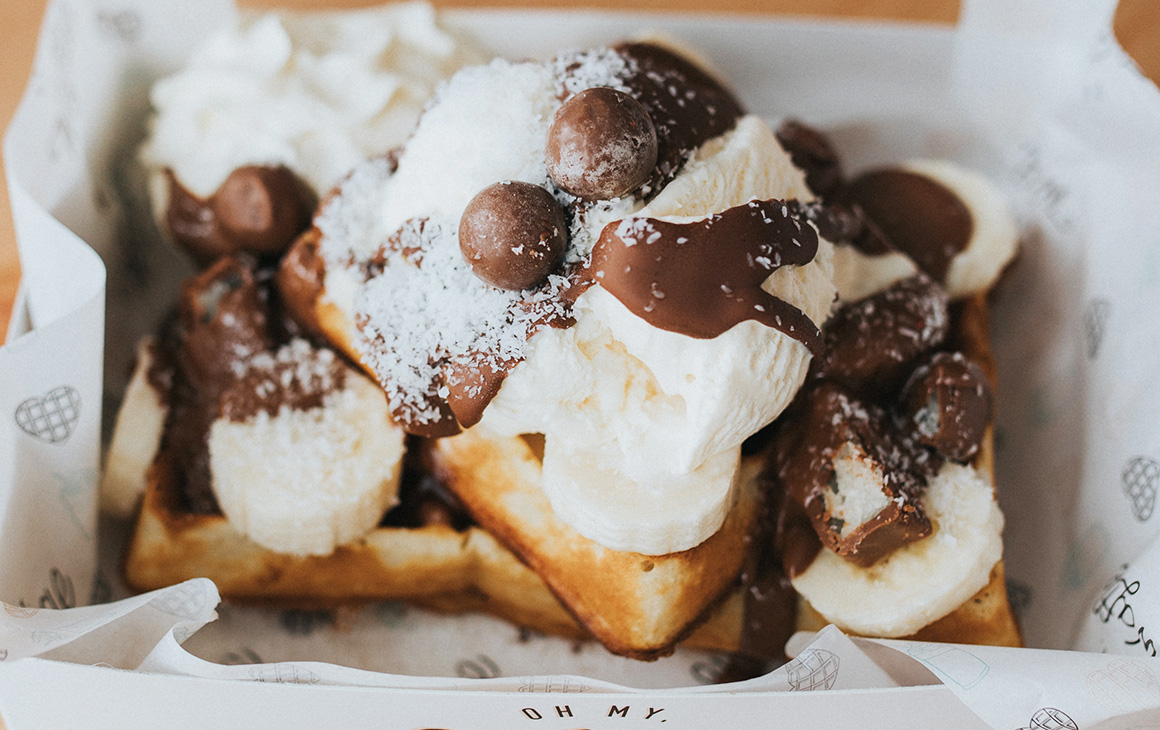 If we’re honest, pretty much everything on offer at Paddock Bakery could easily make this list. These guys are absolute masters at creating chocolate delights. But this time we’re going to give the Milk Bar a shout out and in particular, their Frozen Hot Chocolate. Made with five different types of chocolate and blended with ice, topped with vanilla bean whipped cream, Nutella, marbled chocolate shavings and their famous Brownie bits, put this baby to the top of your list.

Chocolate-lovers make a beeline for Gemelli. One dish particularly close to our hearts there is the delectable Nutella Bomba. Think: melt-in-your-mouth, deep-fried Sicilian pastry, equal parts soft and crispy, and filled with oozing Nutella. It’s probably big enough to share, but you definitely will not want to.