Auckland has certainly delivered this year, with heaps of activities, events, parties, tastings, bottomless lunches—you name it Auckland has done it. So we think it’s only fair to say goodbye to 2019 right here in our beautiful city of sails.

There’s no need to flee the city for New Year—after all, everything you need is right on your doorstep.

Whether you’re after unbeatable views, a place to wine and dine, somewhere to get your groove on or something a little bit more classy, Auckland has got your NYE in the bag.

Get amongst the action and check out what Auckland has in store this New Year.

After a two year break, Highlife Festival is back with a bang—and we don’t just mean the fireworks. The much-loved New Year Festival has an epic-lineup and an even more epic venue. Taking place at Ascension Wine Estate on the Matakana Coast, not only will you be able to welcome in the New Year with plenty of wine but also views for days. Dig into the gourmet food, dance along to The Black Seeds, party with the DJ’s and explore the beautiful scenery—could you ask for a better way to start the next decade. We think not.

Northern Bass is a staple in the NYE festival scene. Hundreds of people from all over New Zealand and the world flock to Mangawhai every year to attend this 3-day festival. End your 2019 by dancing the night away to the likes of Fat Freddy’s Drop, and start 2020 as you mean to go on by listening to sick beats, moving your feet and digging into some tasty treats. Winning! 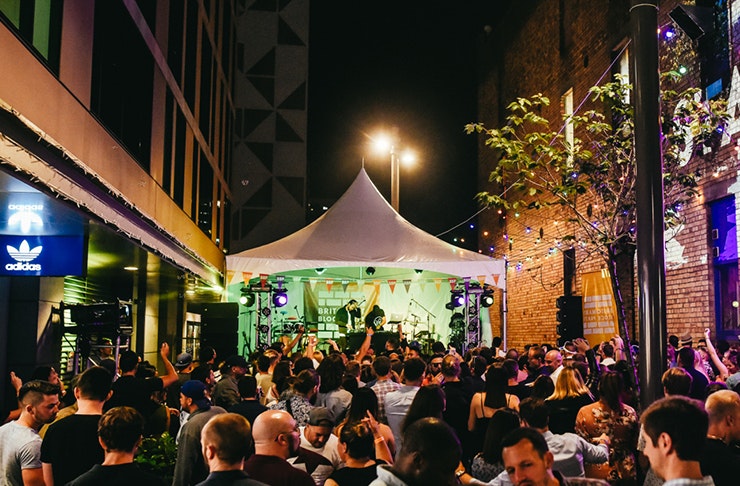 Downtown Auckland is the place to be this New Year—watch as your favourite city is transformed into a street party extravaganza at Britomart Block Party. Spread across 3 different venues, say hello to 2020 at some of your favourite bars like the Caretaker, AV Club and 1885. Get lost amongst the city and watch the fun unfold in Roukai Lane and Galway Street. Featuring sets from Sigma, P Money, Dick Johnson, Aroha and many more—there is literally something for everyone. Auckland never lets us down, so it’s guaranteed to be lit—be sure to get involved.

Ever wanted to fly to Brazil for New Year, but just can’t quite afford that plane ticket? Never fear, as a Brazillian white party is taking over Princes Wharf and it’s going to be a fiesta to remember. Pop those bottles and sip on the champers to your heart's content whilst getting your groove on to Brazilian-Latino Sertanejo, Axé, Pop, Rock and Reggaeton jams. What to wear? You guessed it—White! Whip out your best white number and dress to impress.

Want a more relaxed NYE but don’t want to miss out on all the glitz and glam? Yes! Head along to Stamford Plaza’s Black and Gold Gala Dinner where you can toast to the end of the year, whilst indulging in a menu to die for and cocktails galore. Think slow-roasted lamb, a whole barbecued angus sirloin, New Zealand and French cheese selection—is your mouth watering yet? Ours is and that’s just the start of it. Dust off that gown and eat like royalty as you welcome in 2020.

Sweat Shop Brew Kitchen know how to host a party, so their New Year bash is certainly one not to be missed. Kick off the celebrations at one of Auckland’s largest outdoor decks and take in the killer view of the Sky Tower fireworks as the clock strikes 12. Enjoy a nice cold beverage or two—heck why not 10 and marvel in the entertainment, with live music provided by The Beat Council, DJ Styla, Joe Turk and DJ Lucas.

Celebrate the New Year at HI-SO

Celebrate the New Year in style at Auckland's swankiest rooftop bar, HI-SO. SO/ Auckland is the perfect spot, not only does it have the most Instagrammable views of Auckland, but it's home to some seriously tasty canapés and an exquisite wine selection. Enjoy a night of sophisticated revelry partying with the best in Auckland’s music scene. Expect live performances from Auckland dynamic electronic-pop duo Clicks, live percussion with Mav, and DJ sets from Murray Sweetpants, Dick Johnson, Hamish and Rangi—it's going to be electric and certainly a night not to be missed.

Wine And Dine At Some Awesome Auckland Venues

With just under a month away from 2020, it's time to start planning your New Years eve antics if you haven't already. Celebrate the year in style and give it the send-off it deserves at one of Auckland's awesome venues. Kick off the night at Coley and Punch with their $60 bottles of Mumm—it would be rude not to. Then take your celebrations to the waterfront at The Culpeper, indulging in their three-course dinner and glass of bubbles. If three courses isn't enough, then head to Euro for a four-course dining experience, where you get a cheeky glass of Perrier-Jouët on arrival. It's all kicking off in the city of sails, so get involved.

Continue the fun on Waiheke this summer, by checking out all the epic wineries on offer.