Tamworth’s Best Restaurants, Stays And Things To Do

A five-hour drive north of Sydney, Tamworth is known throughout Australia as our national home of country music. There’s an internationally renowned country music festival, the annual Golden Guitar Awards, and it’s even "twinned" with Nashville.

While it’s an undeniably huge part of the Tamworth experience, this city is more than a one-trick pony. It's NSW's second-largest inland city is easily accessible, has a rich and varied history and, as you’ll see below, plenty to keep you entertained.

Here's your ultimate guide to Tamworth.

Where to Eat And Drink In Tamworth 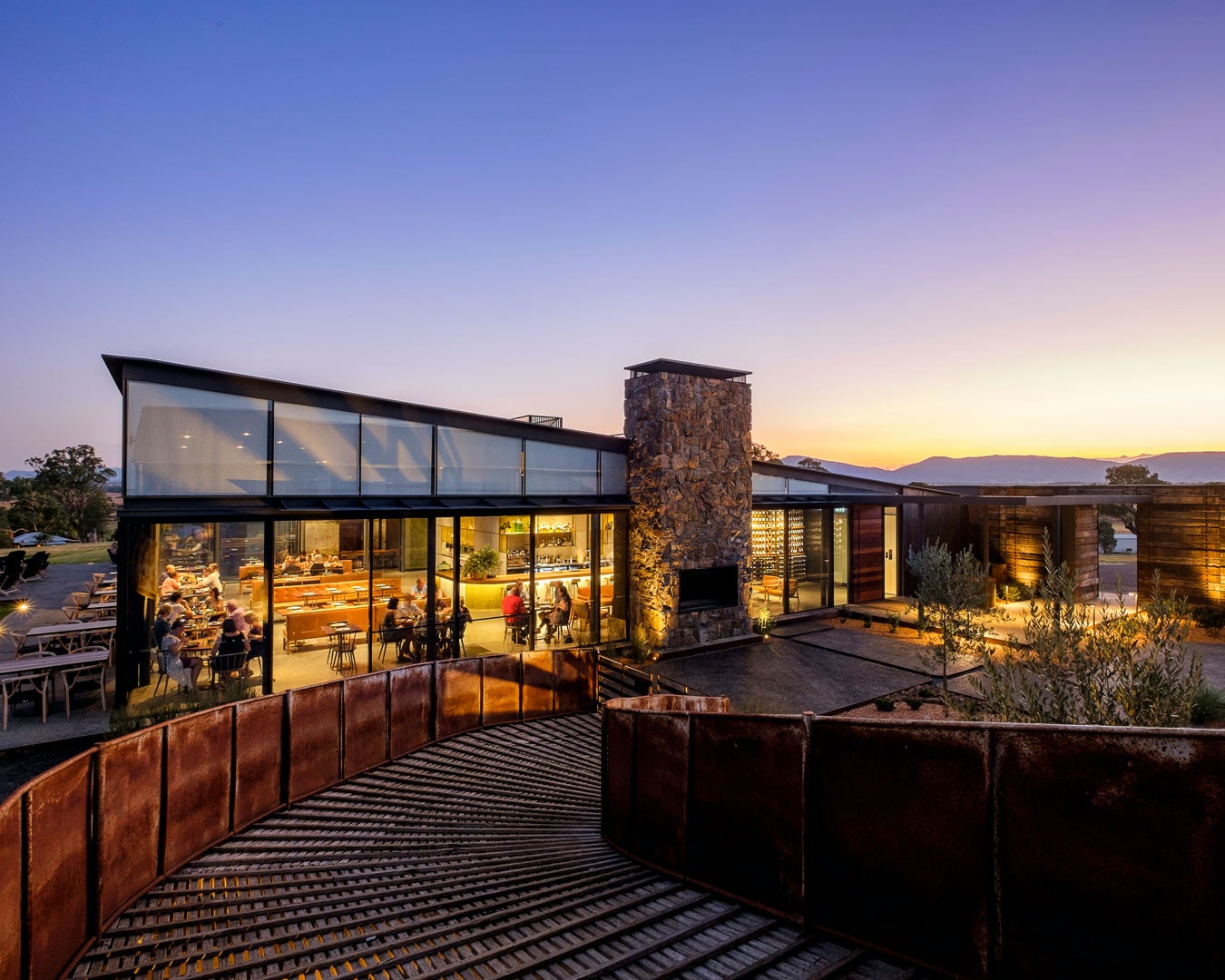 The Pig and Tinder Box

Open since the mid 19th Century and now occupying the heritage-listed old bank in the city centre opposite Bicentennial Park, The Pig and Tinder Box is a Tamworth institution. Enjoy a pizza from their wood-fired oven in a range of flavours or, for the dedicated carnivores, share the International Grandiose Meat Platter. A casual and welcoming environment that’s as suitable for a quick drink as it is a relaxed family meal, there’s also a cocktail menu that balances classic recipes with some inventive suggestions.

The Glasshouse At Goonoo Goonoo Station

Goonoo Goonoo Station is a 20-minute drive from Tamworth, and this former site of the Australian Agricultural Company, now refurbished as luxury accommodation, is also the home of the stunning Glasshouse restaurant. Open for breakfast, lunch and dinner, the menu focuses on native flora, with ingredients such as pepperberry, saltbush, wattleseed, macadamia and bush tomato all making appearances. To dine at The Glasshouse also means gorgeous views over Goonoo Goonoo Station from wherever you sit since it is, literally, a glasshouse.

With a focus on, as they put it, “old-fashioned hospitality,” Hissy Fits in the centre of Tamworth is the ideal spot for breakfast or lunch. The menu is both American and Mexican-themed, meaning you can opt for chicken and waffles just as easily as you can choose a breakfast burrito. There’s also a selection of classic milkshakes and the cakes are made in-house, adding to the retro, homespun feel of the cafe. You can also order online if you prefer.

Originally a craft beer brewery in nearby Armidale, The Welder’s Dog has now expanded to four locations including, in Tamworth, the site of a former produce store. There’s a self-serve food fridge (although patrons are welcome to bring their own tucker along) and they stock a varied range of their own alcoholic creations. IPAs, stouts and sours are made with locally sourced barley but if you’re in the mood for something non-beery that can still give you a buzz, check out their pea blossom lemonade—it’s 4.2% and lurid pink.

Things To Do In Tamworth 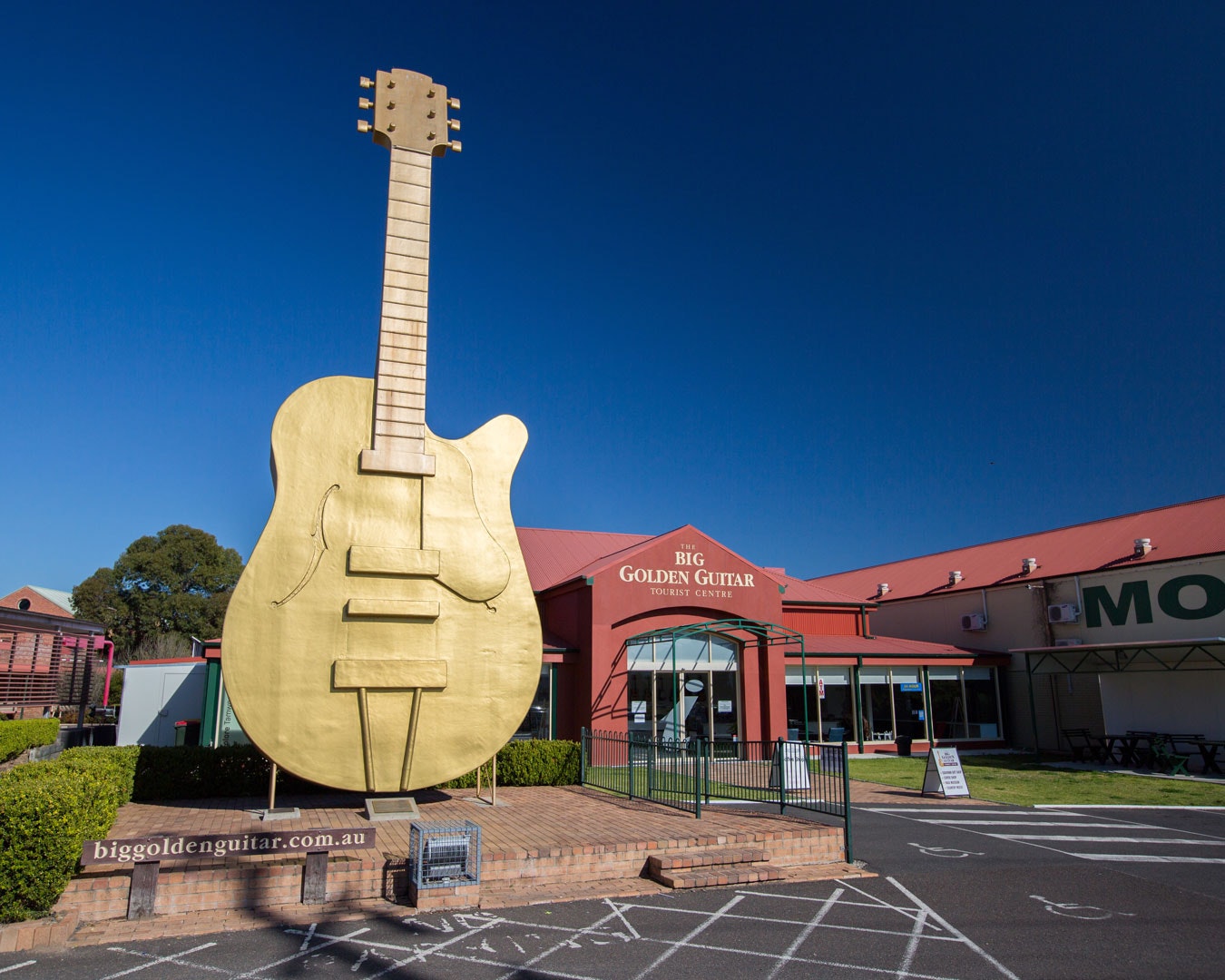 There’s no getting away from Tamworth’s fondness for country music, even when the famous festival isn’t on! For country fans, there’s plenty to experience at any time of year, from the Country Music Wax Museum and National Guitar Museum (which is also home to the 12-metre tall Big Golden Guitar) to Pioneers Parade, full of tributes to country music favourites. You can also visit Hands of Fame Park and see the imprints of some of the key figures who have shaped Australian country music.

A 40-minute drive from Tamworth, Lake Keepit offers stunning views and countryside alongside a raft of activities. Across 34 kilometres of waterways, visitors to Lake Keepit can fish, swim, picnic, bushwalk or skate. For the particularly adventurous, you’ll also find the local Soaring Club where you can partake in a tandem sailplane flight in an area renowned for its mountain thermals. There’s arguably no better way to see the area than from above, and Lake Keepit also offers packages for those wishing to learn to glide solo.

At 14 hectares large and with free entry, the Tamworth Marsupial Park is a great experience for animal lovers of all ages. You’ll get to see native wildlife like kangaroos and emus, as well as being able to feed species like Indian peacocks. There’s barbecue access to enable a full, fun family day-out and an adventure playground, built by the community, for the little ones. If you’re feeling like a hike, the Kamilaroi walking track runs through the park and links it to Oxley Lookout, Flagstaff Mountain and the local Botanic Garden.

Regional cities are often ideal for stargazing and Tamworth is no exception. The Astronomy and Science Centre has three separate observatories, a planetarium theatre, a range of telescopes and an auditorium. There’s a strong community element to the centre too, with live presentations, displays and outdoor public events a frequent occurrence. The Star (pun intended) of the show, however, is the Hewitt Camera—built in the 1960s and upgraded with digital capabilities, it now feeds images of outer space directly to the centre’s projection screens.

Where to Stay in Tamworth 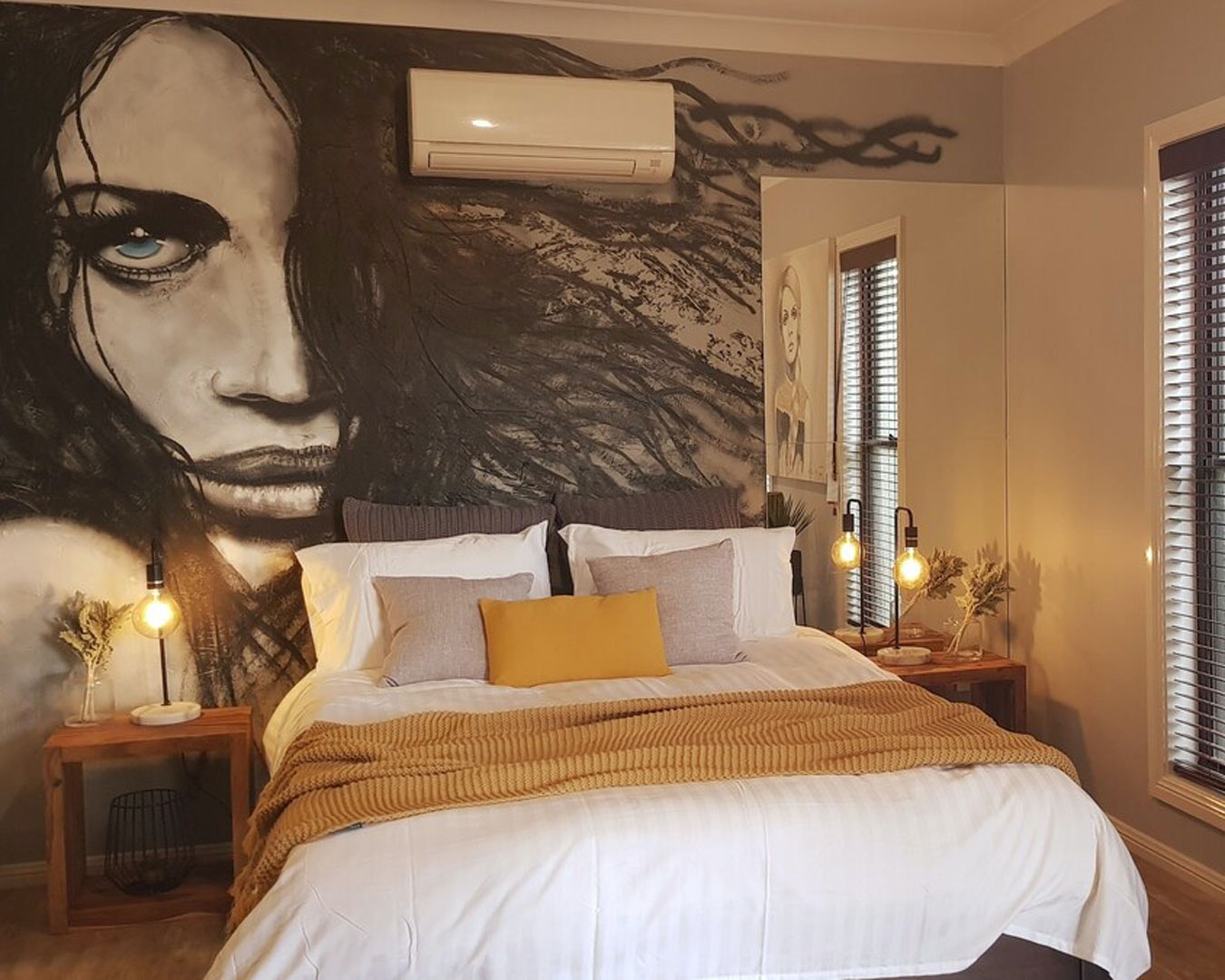 If location is your priority, then you can’t beat the CH Boutique Hotel, situated just off Tamworth’s main street and ideally placed for access to the city attractions. It’s stylishly decorated and its 62 rooms offer a range of budget options. Those looking for comfort can opt for the platinum suite with its spacious surrounds and oversized spa bath. If you’re not feeling quite so flush, there are more modest options including a single bedroom, ideal for the solo traveller.

Plumes on the Green

A comfortable and traditional B&B, Plumes on the Green is only 200m from the Golden Guitar yet also offers privacy and tranquillity. It’s ideal for those wishing to be conveniently located for Tamworth yet still prefer to be away from the hustle and bustle of the city. If you’re a keen golfer, the hotel also offers a golfing package so you can combine your stay with a round at Longyard Golf Course next to Plumes.

The Retreat at Froog Moore Park

With rooms called Moroccan Fantasy and The Dungeon, it’s clear pretty quickly that you’re not in a Best Western at The Retreat on Froog Moore Park. Inspired by years of travelling and staying in boutique accommodation, and billed as Tamworth’s only five-star retreat, the rooms are set amongst 6,800 square metres of rich and diverse gardens. So, onto those rooms. The Moroccan Fantasy is a tented suite decorated in purple, cream and gold. The Dungeon is… well, let’s just say it’s designed for adventurous couples. Every room has its own theme and no two are the same!

The Gallery is a self-contained studio available for rent through Airbnb. So far, so normal. However, The Gallery is owned by local artist Tony LaChiusa, who has adorned the rooms of this two-person accommodation with his own artwork. The bedroom is the highlight, with the wall above the bed home to a sprawling mural of a woman with only one feature not in monochrome – her piercing blue eyes. All mods cons and conveniently located, The Gallery is the place to stay when you want a conversation starter in every direction you look.

For even more great coastal getaways in NSW, check out our local escapes section.