This week’s NAIDOC celebrations might not have gone to plan yet again (cheers COVID) but that doesn’t mean that we won’t celebrate it in a big way.

For those who aren’t familiar, NAIDOC Week honours the rich history, culture and achievements of Aboriginal and Torres Strait Islander peoples. And although the awards for 2021 have been postponed, the chosen theme still rings true.‘Heal Country’ calls for all of us to seek greater protections for the lands, waters, and sacred sites of Australia, and to protect First Nation's cultural heritage from exploitation, desecration, and destruction.

With that in mind, we’ve crafted our own list of incredible First Nations peoples who we reckon deserve an extra special shout out. And while NAIDOC runs from 4 to 11 July, these game changers deserve to be celebrated day in, day out.

Prepare to be inspired.

Yorta Yorta musician Allara crafts music that moves people to create change for a better world. The spoken word artist is passionate about climate change and how we, as a collective can work towards a more sustainable future—one that generations to come can enjoy. For Allara, if we care for country, country will care for us. Pop on her music (Rekindled Systems and Murnong Farm are pure magic) and take in her incredible storytelling. Check out her IGTV live with Urban List and keep up to date with her new music on her Insta. 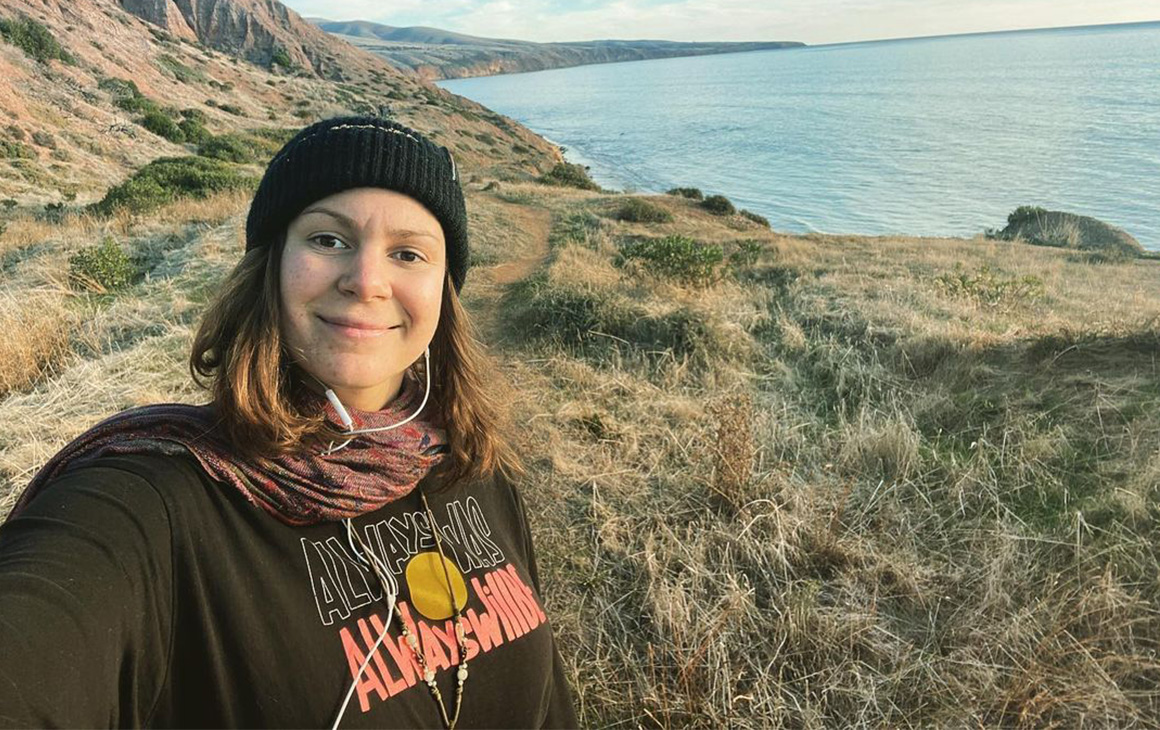 A proud Gunnai Gunditjmara and Djab Wurrung woman, Lidia Thorpe has been a lifelong activist and fighter for social justice, the environment and the rights of First Nations people. Back in September, the Greens senator made history as the first Aboriginal woman in the Victorian parliament. At her swearing in, she carried a message stick with a line burnt on it for each of the 441 people who have died in custody since the 1991 royal commission—the sight was breath-taking, monumental and a bright spark for the future. Stay up to date with her journey here.

Wiradjuri/Wolgalu man Joe Williams is absolutely a name footy fans will be familiar with. Gaining fame for his incredible skills on the field, (he played for the Rabbitohs, Panthers and Bulldogs) before switching to professional boxing, there isn’t much Williams can’t do. But behind the fame, Williams was battling with mental illness. Using his public platform, he founded The Enemy Within, a charity that creates workshops to help people with addiction and suicide prevention. Travelling around regional Australia, William’s visits schools, correctional services and sporting clubs to share his story and to help change the future of many. Follow this legend here.

Despite leaving school in year eight and teaching herself maths, Gamilaroi woman Karlie Alinta Noon went on to earn not one but three degrees (in maths, physics and astrophysics) and has become one of the country's youngest—and brightest—leaders in STEM. Despite it being a male dominated industry (just 20% of the workforce in the physical sciences are women) Noon is working hard to get more women in STEM, becoming the program manager for the Indigenous STEM Awards program. Oh and she’s currently working on her PhD, looking at the dynamics of the Milky Way's galactic centre. Feeling inspired? Follow Noon’s journey here. 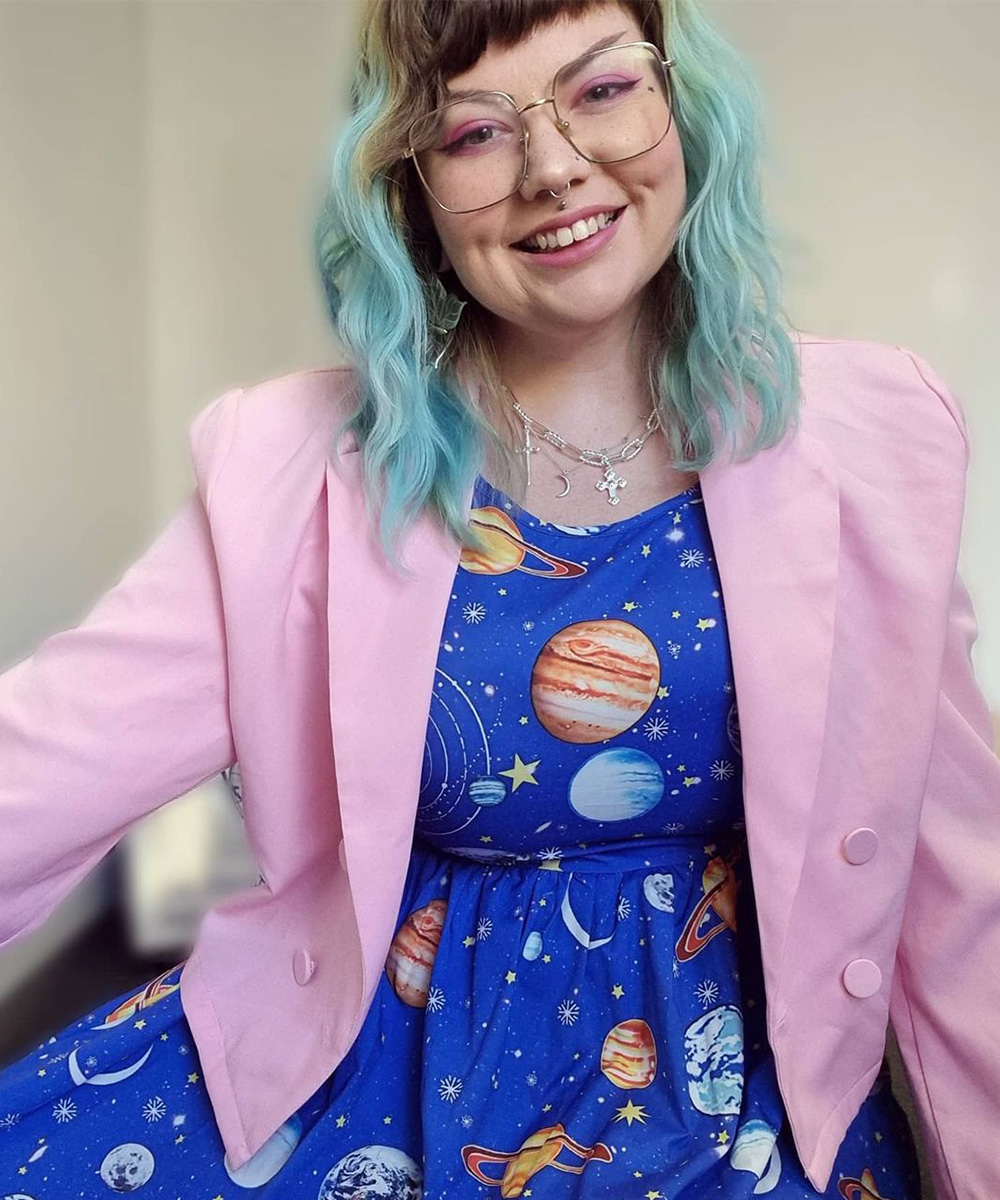 Since 2018 Karla Ranby, a Gamilaroi woman, has been blessing our ears with his smart musings and tunes of choice on triple j’s Weekend Lunch. So when she announced just last week that she’ll be stepping down we (along with her fans) were understandably devastated. But it turns out she’s not going far, instead moving behind the scenes at the radio station to become the Diversity and Inclusion Lead across the ABC’s music networks. In her new role she’ll be carving out spaces and opportunities for journalists and musicians from diverse backgrounds to have the success that they deserve—and we reckon that deserves an extra big shoutout.

2021 has been a huge year for Whadjuk Noongar man Nathan McGuire. The model, who was once destined to be a professional field hockey player, has become the face of fashion in Australia. Gracing the pages of high fashion magazines and covering national campaigns, McGuire has used his platform to hero Indigenous brands and call for more demand and recognition of First Nation's talent in the design space. Check out McGuire’s interview with NITV about the impact of First Nations representation at the recent Australian Fashion Week as well as this incredible piece he penned for The Guardian. Follow McGuire’s work here. 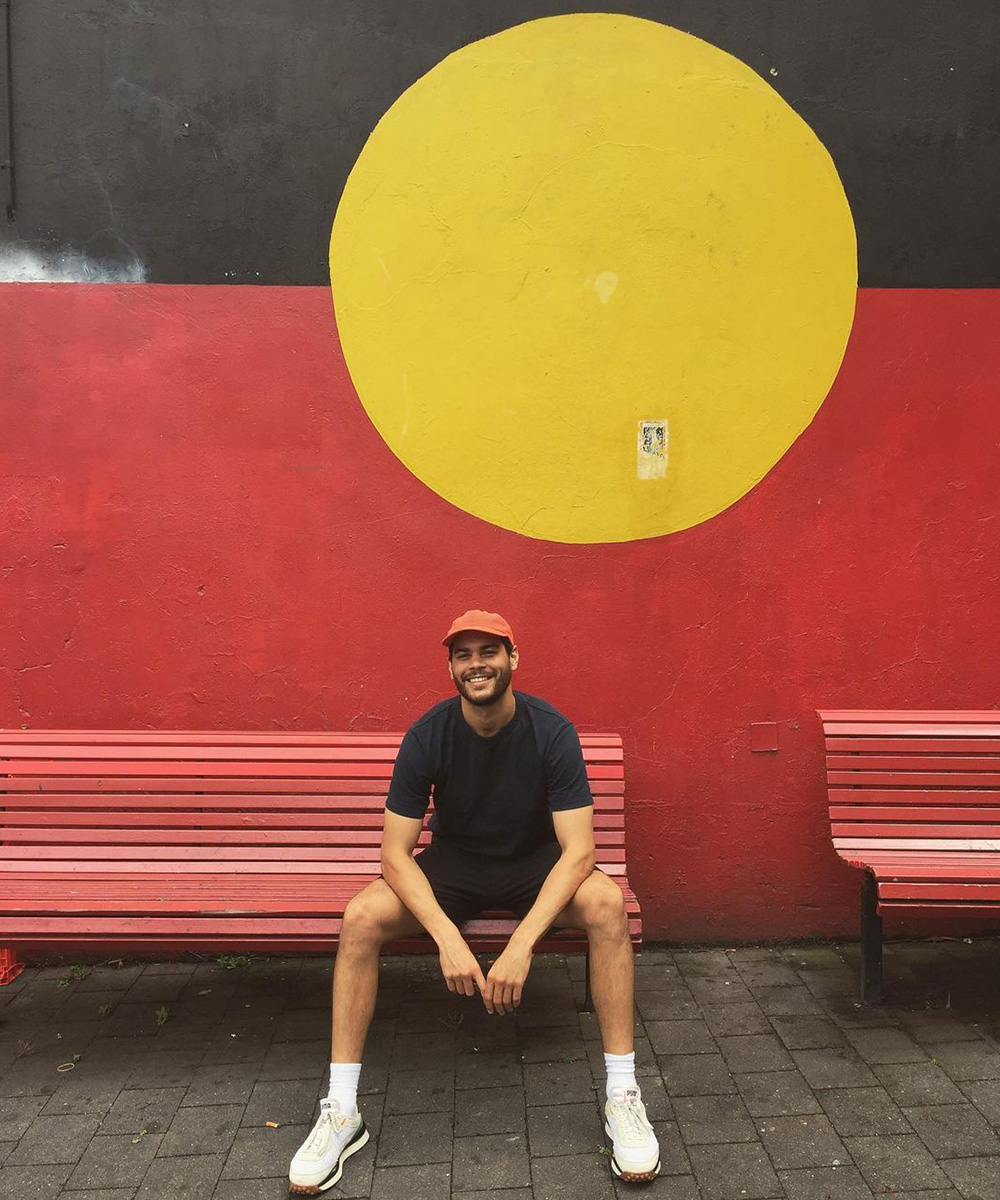 Butchulla and Gawara saltwater man Isaiah Dawe is the epitome of never giving up. Taken into child protection when he was just two months old, Dawe went on to be placed with 17 different foster families before turning 18. During that time he experienced harrowing physical and emotional abuse. Rather than letting the experience break him, he went on to create ID. Know Yourself—the first Aboriginal mentoring organisation for young Aboriginal people in foster care in New South Wales. To hear his full journey, check out his interview on ABC's Conversations. To see how you can help ID. Know Yourself, head here.

If you’re not familiar with contemporary artist Rachael Sarra’s stunning work, then head here immediately and give her a follow—her beautiful creations will brighten your day. Hailing from Goreng Goreng country, Sarra’s contemporary creations draw inspiration from her culture and can be found in large scale murals around Queensland. Sarra also co-illustrated Adam Briggs’ children’s book Our Home, Our Heartbeat, which celebrates Indigenous stars such as Cathy Freeman, Miranda Tapsell and basketball player Patty Mills. Oh and it also won the ABIA Children’s Picture Book of the Year award—so she’s absolutely killing it. 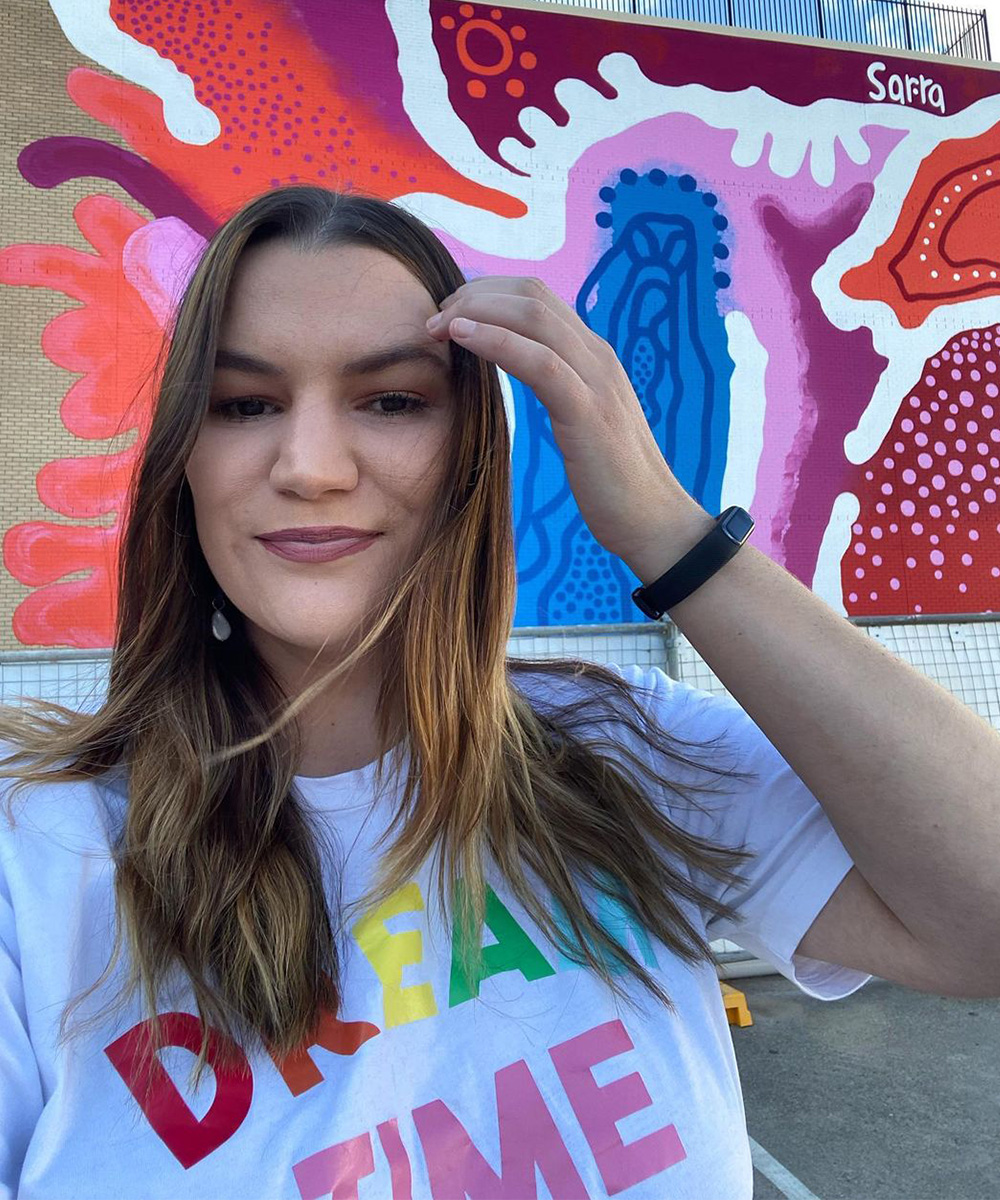 Stephanie Williams, a Larrakia woman, has been breaking barriers since she was a kid. Leaving her hometown and family in Darwin at just 11-years-old, she moved to Victoria to attend Worawa Aboriginal College (a boarding school for Indigenous girls). It was there she honed her skills in the world of AFL. A natural athlete, she made the NAB AFLW Under-18 Championships before being drafted into the Geelong Cats AFLW team in late 2020—and she’s been turning heads ever since. Get familiar with Williams here. 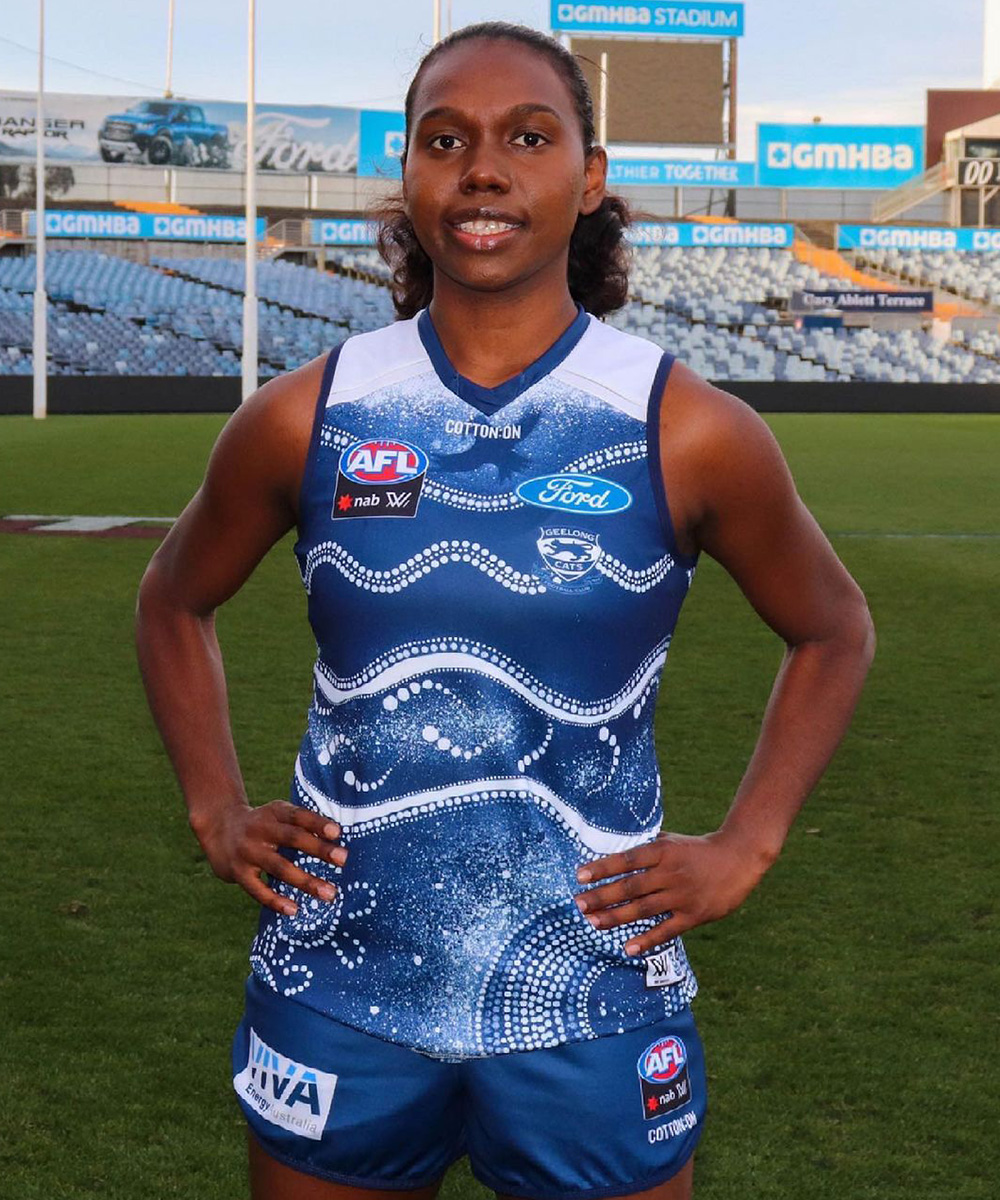 Wiradjuri woman Jarin Baigent is a champion for Aboriginal small businesses, designers and artists. As well as creating Jarin Street—a business that sells stunning yoga mats and activewear that feature incredible artwork by Aboriginal artists—Baigent is one of the founding members of Trading BLAK. The collective’s mission is to promote Aboriginal businesses while educating the public and non-Aboriginal businesses about the cultural responsibilities when selling First Nations products—and most importantly, to put a stop to exploitation. Their Instagram page alone is an important source of information that you absolutely need to be following.

Next, check out10 of the best books written by First Nations authors.