It's decided, we're officially in our wanderlust era.

Our first stop? Disneyland Resort in California. With peak nostalgia, adventure and thrills only a direct flight away from down under, we're practically fizzing to visit 'The Happiest Place On Earth'.

Whether you're looking to embark on epic thrill rides through the world of Star Wars, team up with an Avenger or get a snap with Mickey Mouse—here's every reason Disneyland Resort belongs at the top of your bucket list.

This year, the neighbourhood trick-or-treat isn't cutting it. Nowhere does Halloween better than Disneyland Resort. From Friday, 2 September to Monday, 31 October, the spooky season is taking over for a resort-wide celebration. With a frightfully-good time suited to everyone, Disneyland Park is dialling up the thrills with the Haunted Mansion's Holiday transformation, character appearances and the Halloween Screams light show—which sees Disney's Villains takeover Sleeping Beauty Castle.

Come nightfall, make tracks to the Avengers Campus at Disney California Adventure Park. Here, the iconic Guardians Of The Galaxy - Mission: BREAKOUT! will evolve to Guardians of the Galaxy - Monsters After Dark - a limited-time Halloween theme sure to get your adrenaline pumping as you team up with Rocket on a mission to save Groot from a legion of monsters. Don't say we didn't warn you about the drop scares.

Downtown Disney is also in on the fun. Here you can take a bite of Snow White's poison (candied) apple, stock up on merch and participate in a district-wide scavenger hunt. 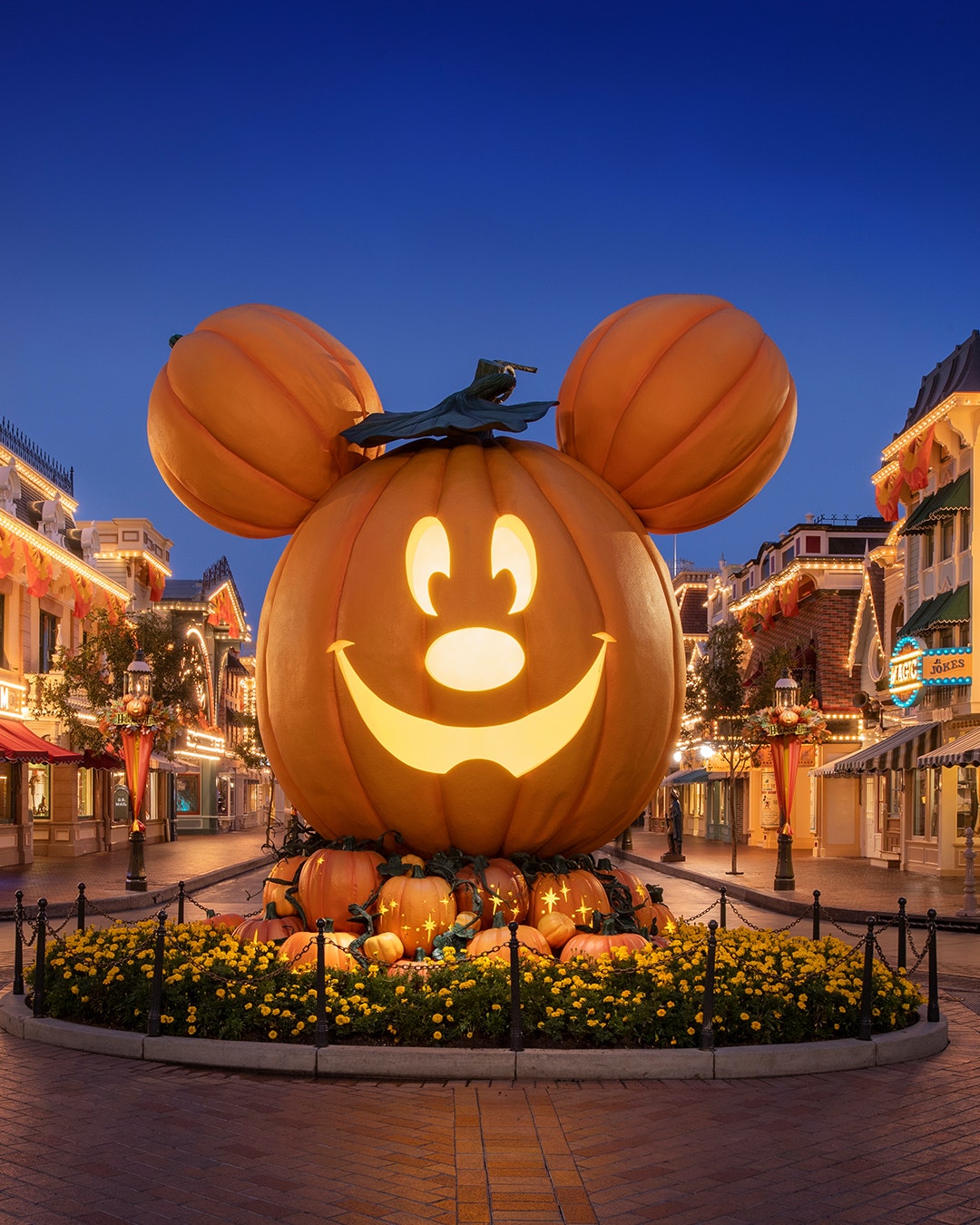 It's not hard to see why the holiday season is often hailed as the most magical time of the year at Disneyland Park. From themed character parades to dazzling firework spectaculars complete with over 80,000 lights, you can count on unforgettable memories every second of the day.

At Disney California Adventure Park, the Disney Festival Of Holidays is bringing a slew of global cultural festivities front and centre with live musical performances and diverse foods. While you're at it, check out the lauded World of Color—an immersive show in which Disney classics are illuminated onto towering walls of mist, complete with sky-high fountains. 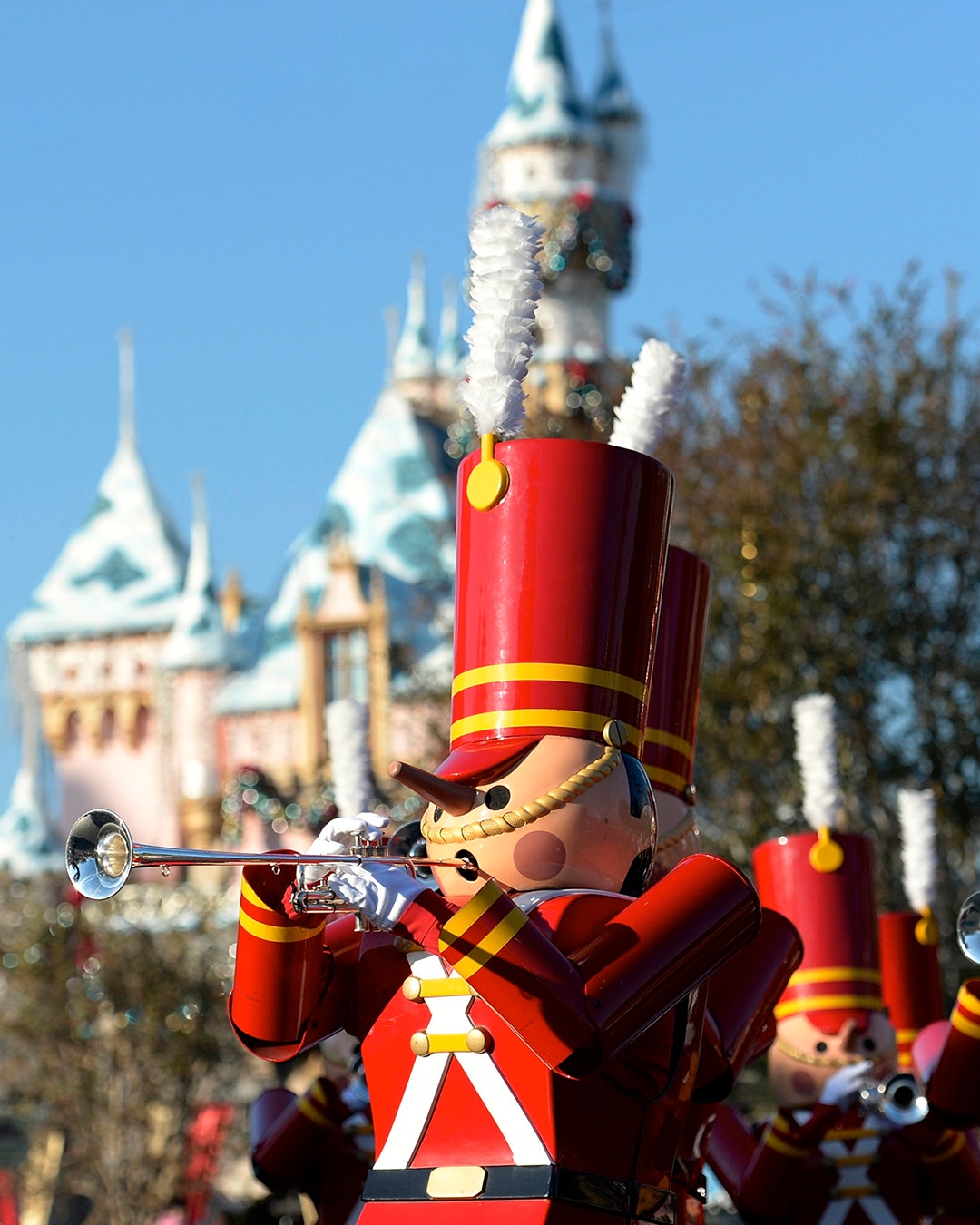 Mention Fantasmic to any die-hard Disney fan and watch their face light up. This beloved live show sees Mickey Mouse venture into the world of dreams and battle it out against famous Disney Villains. Featuring top-tier pyrotechnics, projections, special effects and a slew of live character appearances, it's a must-see on any Disneyland Park agenda.

Speaking of must-see, round out the day with Disneyland Park's iconic fireworks as you watch your favourite Disney Classics come to life to the music you know and love

Suit Up At Avengers Campus

Avengers Campus At Disney California Adventure Park will not disappoint. Here, step into the MCU for heroic encounters, web-slinging adventures with Spider-Man and even have a bite of Shawarma—for the hardcore foodie fans. While you're at it, roam through the Avengers Headquarters where you can learn wisdom from Wakanda and witness full-scaled action on the rooftop, before meeting on of the Multiverse's bravest heroes at the Ancient Sanctum, Doctor Strange.

Adventure In A Galaxy Far, Far Away

With just a step into Star Wars: Galaxy's Edge, you'll become part of the evolving adventure. Jump into hyperspace in the galaxy's fastest ship at Millennium Falcon: Smugglers Run, a team mission in which everyone in the cockpit has a crucial role.

Star Wars: Rise Of The Resistance gives guests a front seat to the franchise's action and is unlike any other ride at Disneyland Resort. This mesmerising journey will see you face off against the First Order with appearances from Kylo Ren, Rey and BB-8. Jaws will be dropped, and yes, you'll want to go again.

Need to refuel? Here, sink your teeth into themed beverages and bites. We recommend visiting to the Milk Stand for a taste of Batuu's legendary Blue Milk and checking out the other-wordly wraps at Ronto Roasters.

Head to Pixar Pier to tap into your inner child for a heavy dose of nostalgia at Disney California Adventure Park. Hop aboard the Inredicoaster for a high-speed chase alongside The Incredibles. Next, launch into Toy Story Midway Mania! a 4D midway ride that will see you face-off against other players and blast away for the highest score. Pro tip—while here, catch a breather and soak in the stunning sights of the entire resort from atop the Pixar Pal-A-Round.

The hub for shopping and dining at Disneyland Resort, no park ticket required, the Downtown Disney District is where you'll find a mix of boutiques and eateries to keep your hearts—and stomachs–full. We recommend Ralph Brennan's Jazz Kitchen, which brings the best of New Orleans cuisine to you with French Quarter faves like Gumbo Ya-Ya and Pasta Jambalaya on the menu.

Relax, unwind and recharge after a full day of exploring at one of the three on-site Disneyland Resort Hotels.

For indulgence, check into Disney's Grand Californian Hotel & Spa, boasting the Tenaya Stone Spa, special access to the parks and award-winning dining, all in craftsman-style elegance.

The Disneyland Hotel features modern accommodations with a distinctly Disney touch steps away from Downtown Disney. Or, bliss out at Disney's Paradise Pier Hotel, which pays homage to California's beachfront boardwalks. You can even watch the Disneyland Park fireworks from the pool deck on select nights.

Fizzing with excitement? We're right there with you. From Halloween Time to Holiday celebrations, you don't want to miss this. Call your local travel agent, book in that leave, pack your bags and dust off your Mickey ears. It's officially time to start ticking off the bucket list. First stop—Disneyland Resort, The Happiest Place On Earth.

Editor’s note: This article is sponsored by Disneyland Resort and proudly endorsed by The Urban List. To find out more about who we work with and why read our editorial policy here.

Both Theme Park reservations and valid admission for same Park on the same day are required for Park entry. Theme Park reservations are limited and subject to availability. Attractions, experiences, services, and offerings may be modified or limited in capacity or availability, and are subject to restrictions, and change or cancellation without notice. Park admission and offerings are not guaranteed. Visit Disneyland.com.au/updates for important information to know before visiting the Disneyland Resort, including updates on required face coverings.