2022 marks the first year that Matariki, the Māori New Year, has been officially recognised as a public holiday (Friday 24 June to be exact) making this year’s Matariki events extra auspicious. It’s a time for reflection, new beginnings and celebration. Tāmaki Makaurau always knows how to put on a good time and this is especially true where Matariki is concerned, with everything from hāngi breakfasts and kite flying, to full-blown festivals and street parties popping up across the city.

So let's join in the festivities—which also honour how Māori navigators were guided to New Zealand by the stars, including a cluster called, you guessed it, Matariki—and celebrate this incredibly unique part of our culture.

Here are 30 of the best Matariki events in Tāmaki Makaurau Auckland and around Aotearoa in 2022.

See Stars At The Stardome

Matariki Lights at Stardome is a free light and sound installation at the Stardome Observatory and Planetarium. Combining moving pillars of light with soundwaves from traditional Māori musical instruments known as ‘taonga pūoro’ played by Kelly Kahukura (Te Arawa, Tūhoe) and vocals by Huia Hamon (Ngati Porou, Te Aitanga ā-Māhaki) viewers will witness the three phases of Matariki. The first, symbolised with a red and white light for the star Pōhutukawa, is a nod to honouring those who have passed, the next, a more vibrant display, celebrates togetherness and the final phase looks ahead to the new year, with a deep respect for nature.

Take A Walk Through History At Ōtuataua Stonefields

Ōtuataua Stonefields Historic Reserve is such a massive part of Aotearoa's history from cultural, archaeological and natural perspectives and sometimes the best way to understand history is to walk through it. In collaboration with local iwi representatives and the Community Parks ranger team, you can go on a free guided walking tour of this iconic whenua.

Bask In The Lights Of The Auckland Harbour Bridge

Auckland is getting lit big-time this Matariki with one of the city's most prominent landmarks—the Auckland Harbour Bridge—playing host to an incredible light show specially curated to represent Ngāti Whātua’s Ahikāroa, the long-burning fires of occupation; an enduring relationship with the land that transcends time. The show will play for six minutes, every half hour from 6pm until midnight, on Tuesday 21 June and select evenings from then until Saturday 9 July. 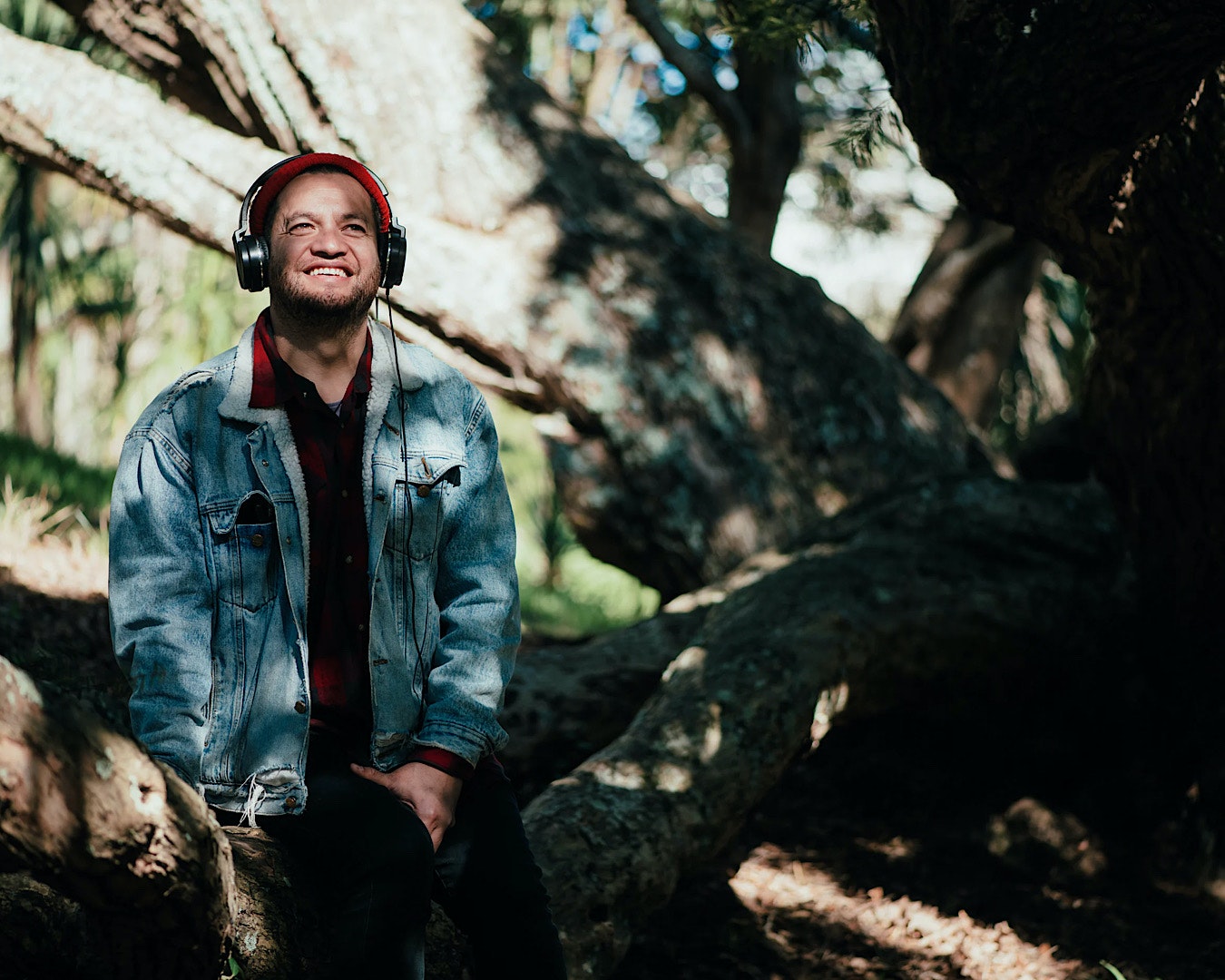 Pause To Contemplate With This Incredible Sound Play

Sound Play MAURI TAU invites listeners to reconnect with their own mauri (life force, essence) alongside Te Kāhui o Matariki (the star cluster of Matariki). The immersive, guided audio experience is written and directed by Scotty Cotter in collaboration with sound designers Fran Kora, Matt Eller and Komako Silver and is commissioned by Silo Theatre. It will be streamed online at dawn and dusk every day from 17 June to 17 July and while you could absolutely listen from the comfort of your couch, a wander to your local maunga will make the experience extra special.

Treat Your Ears To Haka Soul

Climb Aboard For A Starry, Starry Dawn

Feel like part of a secret club and jump on a 4am ferry (you read correctly) sailing to the far end of Waiheke Island to see the Matariki stars in all their glory With Matariki at Sea with Ngāti Pāoa, Dark Sky Waiheke Island and Fullers360. Having escaped the light pollution of the city you’ll get to soak up the starlight with an unparalleled view. Ngāti Pāoa will talk about the cultural significance of the stars and Dark Sky Waiheke Island will talk about astrology. Hot drinks and a light breakfast will be served on board and then you’ll cruise back into the central city as the sun rises. Stunning. 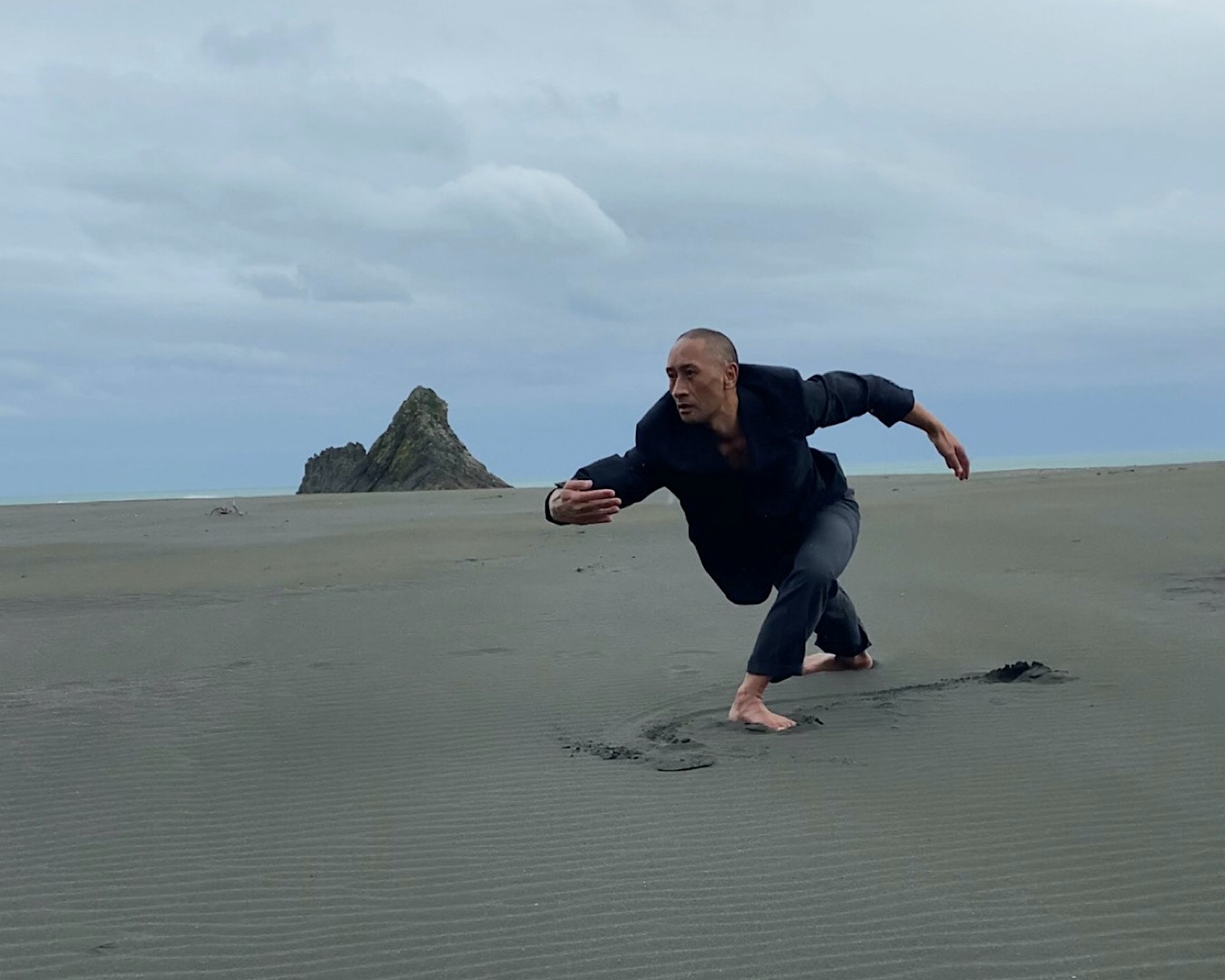 Auckland Art Gallery Toi O Tāmaki is going all out for Matariki and we’re here for it. With a full-day lineup of incredible events, it’s no surprise that Matariki Ahunga Nui is one of the best Matariki events in Auckland. Renowned choreographer and dancer Taane Mete (Ngāti Kahungunu me Ngāti Koriki Kahukura) will perform Pōhutukawa created just for the occasion, The Hope Gene acoustic duo will perform Māori waiata and pop songs, Poi Yeah will lead a dynamic Pō-making workshop, a plethora of local Māori arts and crafts stalls will be available to peruse in Te Mākete and Reka Kai Kart will be serving delicious kai including boil-up, hāngī, fried bread and kahawai.

Melodies move light in Illuminate Matariki, a twilight concert series where the notes of a piano trigger a spectacular visual show. The evenings, which will be held at a range of locations around the city, begin with waiata by Tereora about Te Whānau Marama (Family of Light) and the magic of Matariki and are followed by piano-based performers Matthias Jordan, Nic Manders, Greg Johnson, Jan Hellriegel and Nick Dow. Free to attend and whānau-friendly this is one of the best ways to celebrate Matariki, be sure to pack a picnic rug, chair and warm blankets.

MOTAT’s historical PumpHouse building will be lit with a brilliant moving light installation. The work, entitled Te Mārama O Te Pō, is by indigenous astro photographer Richie Toa Mills and will take place over three nights, 24 to 26 June from 6pm until midnight, and is free to attend. 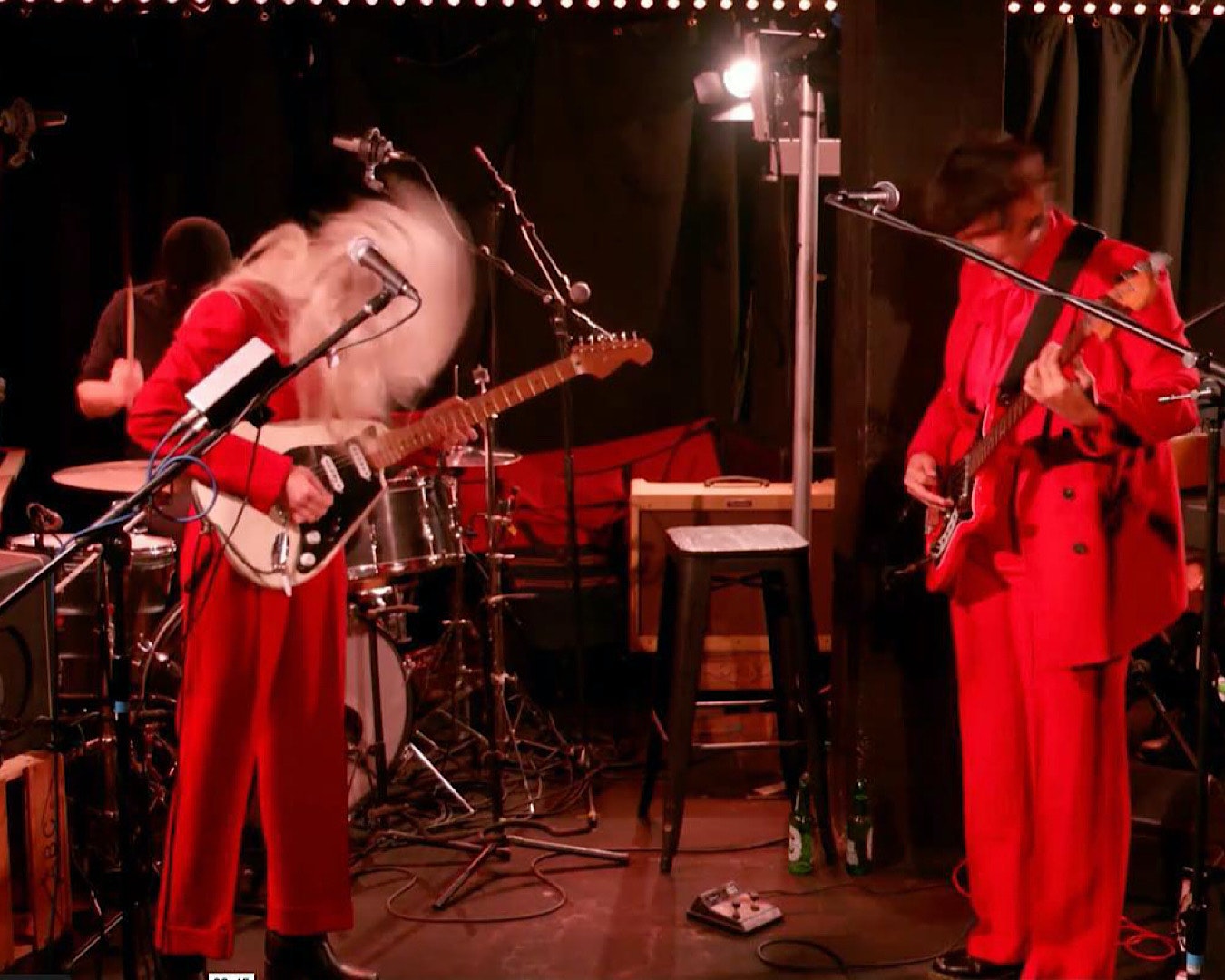 Warm Up With Matariki ki Uta: Origins Of Fire

An epic two-day festival is coming to Manukau City. Named ‘Matariki ki Uta’ which means ‘Origins of Fire’ the festival revolves around a mixed-media and live performance showpiece in Manukau City Square retelling the story of Māui, Mahuika and the creation of fire. Workshops and storytelling will take place through the day for those excited to explore further and there’ll be a bunch of food trucks on hand to keep bellies full.

Live Your Best Life This Matariki On A Boujee Boutique Superyacht

Your Matariki Superyacht Celestial Charter will begin with a mood-boosting mocktail and brunch canapés before setting sail to a mystery location. Lunch will be whipped up by the exceptional Sea Breeze II chef and then the afternoon is yours—perhaps a spot of fishing or a stroll along a nearby beach. Enjoy a sundowner then tuck into a nourishing farm-to-table dinner by candlelight, sliding into the spa afterwards for an evening of stargazing. Rise early the next morning to marvel at the Matariki stars in all their glory then enjoy a gentle cruise back to the Viaduct. The dream.

TE KAAHU is the brainchild of singer-songwriter Theia (Waikato-Tainui, Ngāti Tīpā). Enriching the ether with dreamy, nostalgic soundwaves TE KAAHU honours the craft of Māori songwriting and storytelling and will be performing live at the Tuning Fork on Friday 24 June. Supported by MOHI’s fusion of Reo, soul, pop and funk, and HINA’s neo-pop chocolate for the soul TE KAAHU—Live At Matariki will be a magical evening. 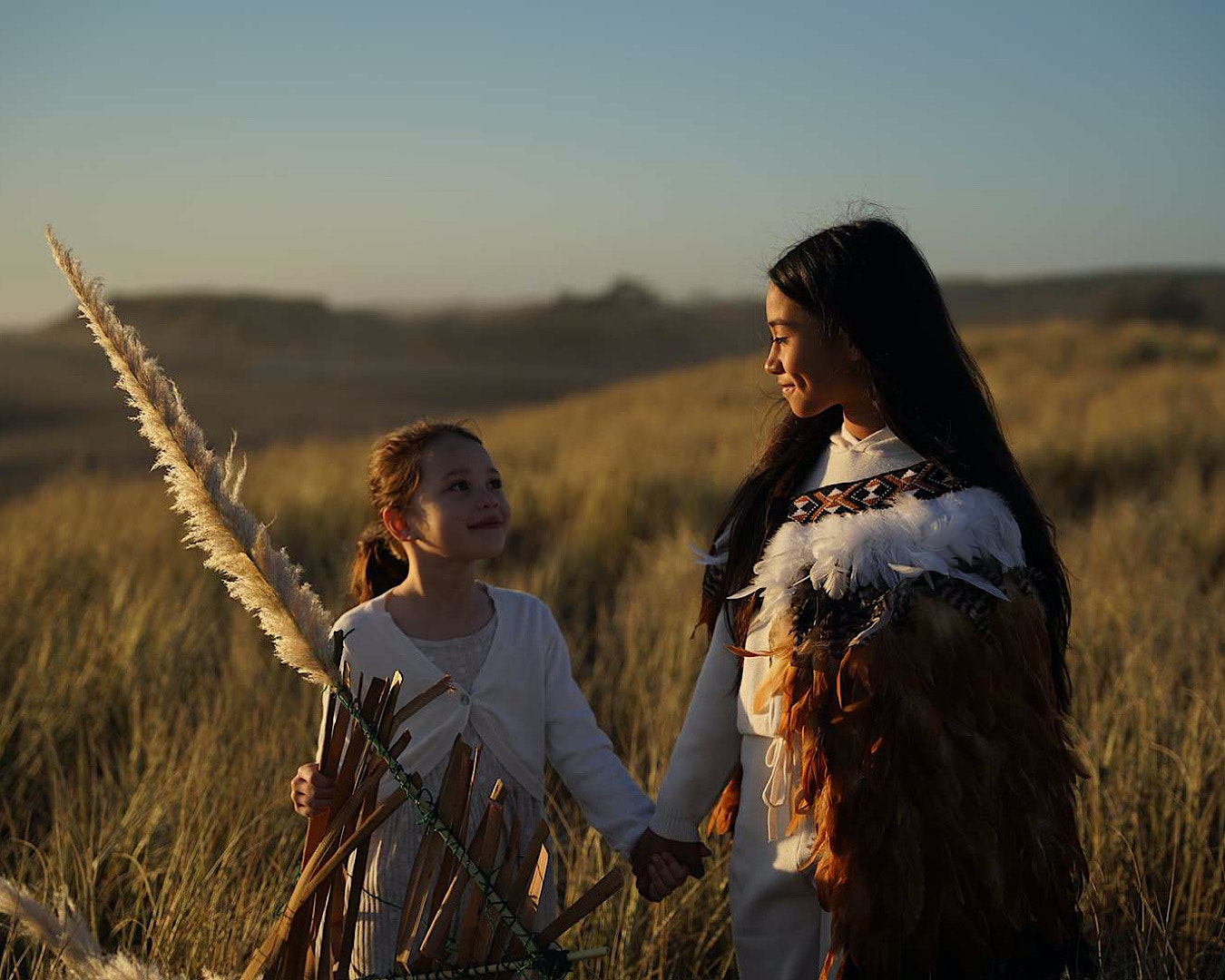 Watch kites of all shapes and sizes take to the skies in an incredible visual spectacle at the Manu Aute Kite Day taking place at Takaparawhau/Bastion Point. The one-day festival is inspired by the manu aute (kites made from the aute plant), manu tukutuku (kites with long tails) and manu taratahi (kites with a single plume) once used by Māori to send messages to the heavens.

Harvest A Ceramic Vegetable For A Stranger

Twin Cultivation is an art installation by ceramic artist Cindy Huang 黄馨贤, designer Micheal McCabe and producer Rosabel Tan. Attendees are invited to gather in a miniature garden to unearth a ceramic vegetable with a stranger, gifting it to the other to take home. The experience arose from Huang’s interest in Chinese migrant communities as tangata Tiriti, encouraging others to ponder the collective history of Aotearoa and how we thrive more strongly together than apart, akin to the gardening concept of companion planting. 240 hand-made ceramics will be up for harvest across the two sites.

Deep Dive Into The Space Where Identity And Technology Collide

Playwright Mark Wilson (Ngāti Tūwharetoa) explores cultural belonging and dislocation, technology, assimilation and internalised discrimination through the lens of Matariki in his new play ‘.co.nz’. Hyper-relevant to the struggles of many, the self-described “absurdist exploration” of Māori culture and spirituality is sure to make its mark. Set under the stars at The Pumphouse Theatre kai will be provided and attendees are encouraged to dress warmly and comfortably.

Celebrate Matariki With A Banger Of A Night Out 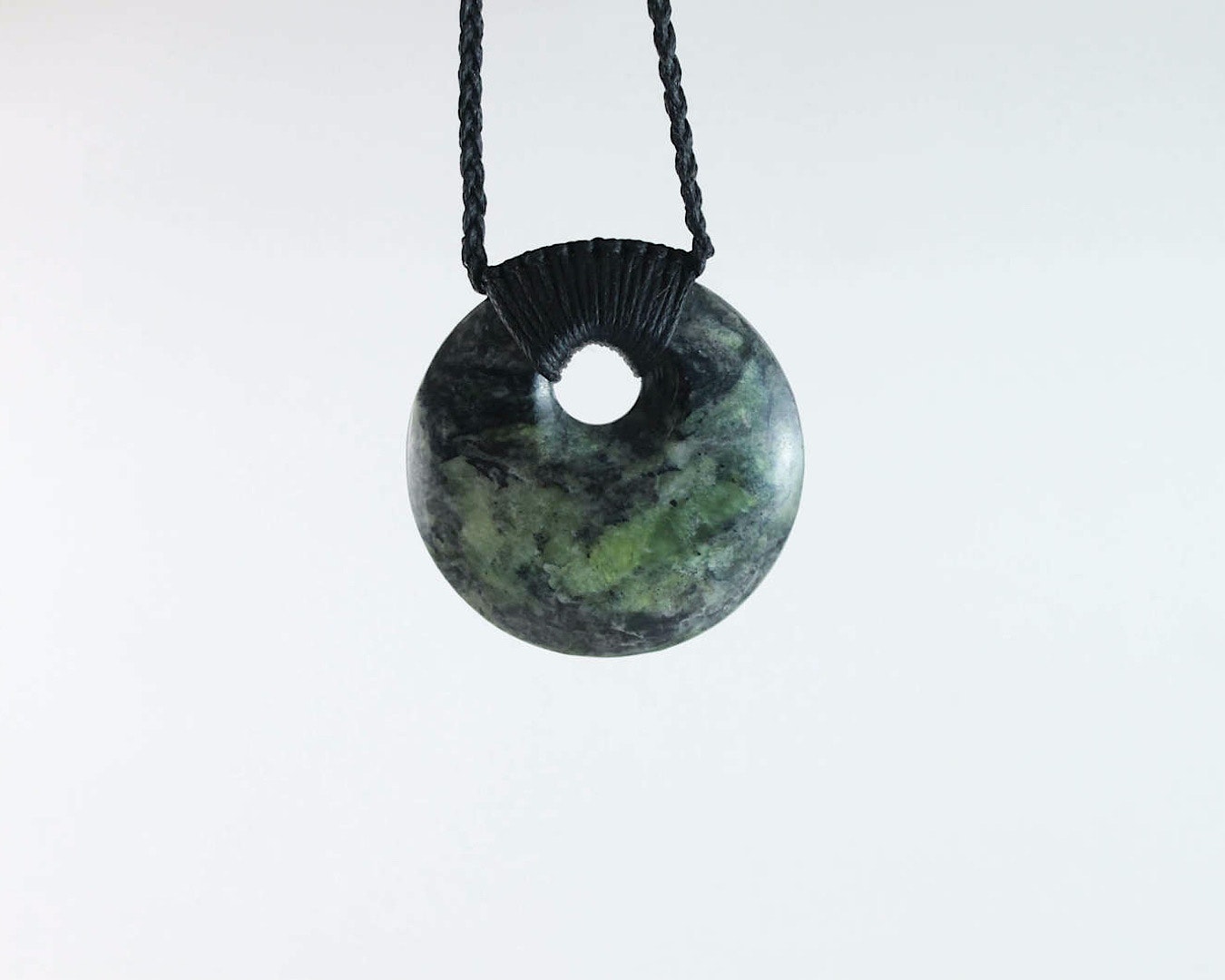 Carve Pounamu In A Cultural Workshop

Pounamu is a hard, green stone that is a taonga in Māori culture with great spiritual significance and a multitude of uses from tribal heirlooms and weapons to jewellery and peace agreements. In this Pounamu Workshop at Studio One Toi Tū you will create a pounamu marama taonga or pendant under the wise guidance of Maha Tomo using grinders, drills, wet and dry sanding and polishing tools.

Rongoā expert Donna Kerridge and Off-Grid Native Jamie Watson are your guides in Night-time Sounds & Senses: Experience the magic of Te Wao-nui-a-Tāne in the dark. During this two-and-a-half-hour experience in Henderson Park, you’ll learn about traditional Māori healing plants and get to unwind under the healing vibrations of traditional Māori musical instruments, taonga puoro, and the sounds of nature.

Wander Through The Narratives Of Ko Au

Storytelling is at the heart of Te Ao Māori and KO AU—which means ‘I am’ and is back by popular demand—embraces this in a curious, dynamic way. The audience is invited to witness and engage in 12 stories from a multitude of cultures shared through dance by Projeckt Team. Each story takes place in a different space at Nathan Homestead as attendees are guided through the building. For a spellbinding evening, accept no other.

Welcome In The New Year At Pēwhairangi Bay of Islands

Of course, Matariki celebrations aren't limited to Auckland and one spot that's going all-out for the occasion is the country's birthplace, the Bay of Islands. Steeped in cultural significance, this gorgeous region is bringing us a tonne of events in a six-week celebration across Paihia, Kerikeri, Russell and beyond. Amongst the celebrations? Stargazing dawn cruises, story-telling, planting, community hangi, workshops and waiata. We’re particularly excited about the Explore Group Matariki Dawn Cruise, and the four-course indigenous dinner over at the historic Duke of Marlborough Hotel, prepared by top Māori chefs like Rewi Spraggon, Grant Kitchen, Rex Morgan and Tama Salive.

Live It Up With This Luxury Stargazing

What better way to celebrate the Matariki constellations’ seven stars than stargazing in an International Dark Sky Reserve? Book into Mt Cook Lakeside Retreat and it’ll be your reality. The luxury lodgings are hosting a Matariki Dawn and Breakfast event on Friday 23 June, a nine-course Stellar Degustation on Saturday 25 June and a whānau-friendly Matariki Brunch on Sunday 26 June with kai, games and waiata. Each of the nine courses in the Stellar Degustation is inspired by a star in the Matariki constellation. 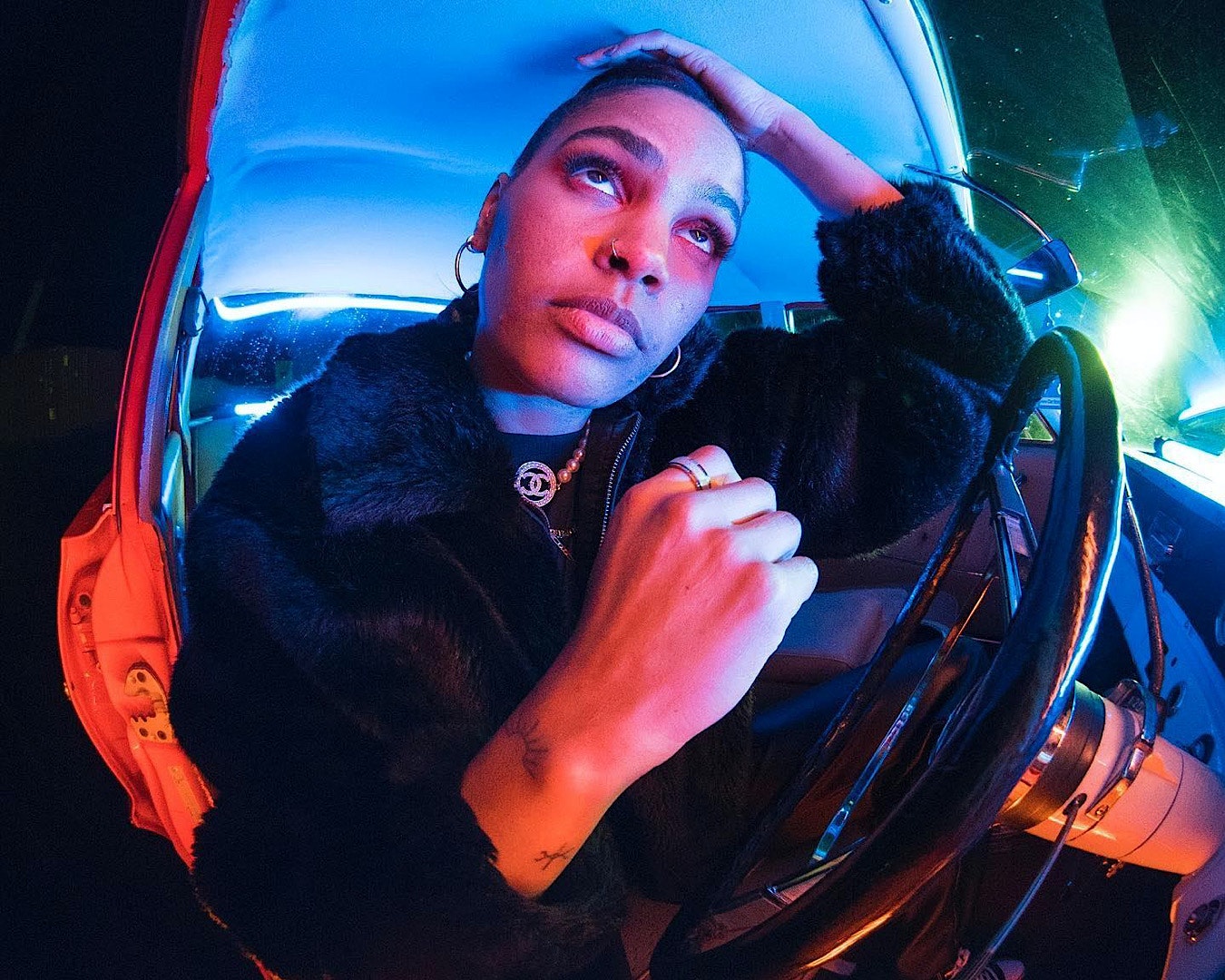 Get Amongst A Month-Long Matariki Celebration In Waikato

Making its Matariki debut Arrowtown is hosting a free three-day Matariki Arrowtown Lights cultural event. The South Island Light Orchestra is taking over Buckingham Street setting it aglow with light displays, astrophysicist Brian Boyle will deliver an interactive night sky session and Whina, Whale Rider, Waru and Hunt for the Wilderpeople are screening as part of the Māori Film Festival.

Celebrate Matariki In The Garden City