2022 is almost done and dusted. Only one question remains—where will you be when the new year dawns? You’ll be stoked to know the end of 2022 brings the revival of a bunch of classic New Year’s Eve soirees so you can party it up in absolute style. From a block party to end-of-year festivities in the sky, a Latin festival, a swanky gala, heck, even a pirate shindig if that’s your jam.

So take your pick of the best new year's eve parties in Auckland, Northland, Bay Of Plenty, Gisborne, Wellington, Nelson and Otago, round up your crew, secure your tickets, and get ready to shake it like it’s 2023 tomorrow (because it almost is).

Take your end-of-year festivities to new heights, partying 15 storeys high in the sky at HI-SO. The luxury rooftop bar is busting out all the stops with a raw bar, live food stations, premium canapés, and drink packages, not to mention some killer beats by Sandy Mill, Murray Sweetpants, Dick Johnson and Bevan Keys.

If your dance moves stretch beyond a head nod and pointing at the sky, you’ll relish partying hard with urban merengue god, Fulanito, at the Latin Power NYE Latin Festival in Wynyard Pavilion. With a full live show, 10+ Latin DJs, multiple stages, a Latin food court, a free salsa masterclass and the perfect spot to view the Sky Tower countdown and fireworks, it’s going to be lit.

Don your most glamorous apparel and swan on over to Victoria Park to celebrate the dawn of 2023 at a boujee NYE Gala. The opulent gig will boast live oyster shucking, beverage packages featuring Roku Gin cocktails, canapes and grazing stations, accompanied by a spinning DJ, entertainers and a photo booth. What are you waiting for? Get gilded.

Serving boutique Ibiza-style vibes Highlife Festival is another classic New Year's Eve party that’ll you want to experience at least once. Every year the top-notch lineup features world-renowned DJs, entertainers and dancers, along with delicious eats and a strong beverage game. Transport is available from Auckland CBD and other cities.

If you’re less about cocktails and more about creative immersion in a chilled-out, inclusive, whānau-friendly setting, AUM could be your perfect New Year’s Eve party. The three-day festival will feature over 200 musicians, artists, workshops and performers including the likes of Antix, Chaii, Spoonbill and Zoe Moon. Dreamy.

Go full fancy with an unforgettable night in one of voco’s boujee rooms and gain exclusive access to Bar Albert’s New Year’s Eve party. Tickets include a drink on arrival, two hours of canapes, guaranteed seating and an unrivaled view of the city from the highest bar in town. It’s swish and we’re so here for it. Go on, you deserve it.

Foodies are spoiled for choice for New Year’s Eve in Auckland with a mouth-watering menu for every palette from local faves Atelier, Tokki, Cafe Hanoi, Gochu, The Lula Inn, and Culprit. And don't forget The Sky Tower's delectable array of eateries like Huami, MASU, The Sugar Club, Gusto at the Grand and Orbit—not only will you be treated to exceptional kai, your New Year's Eve will literally be a banger (sorry not sorry). 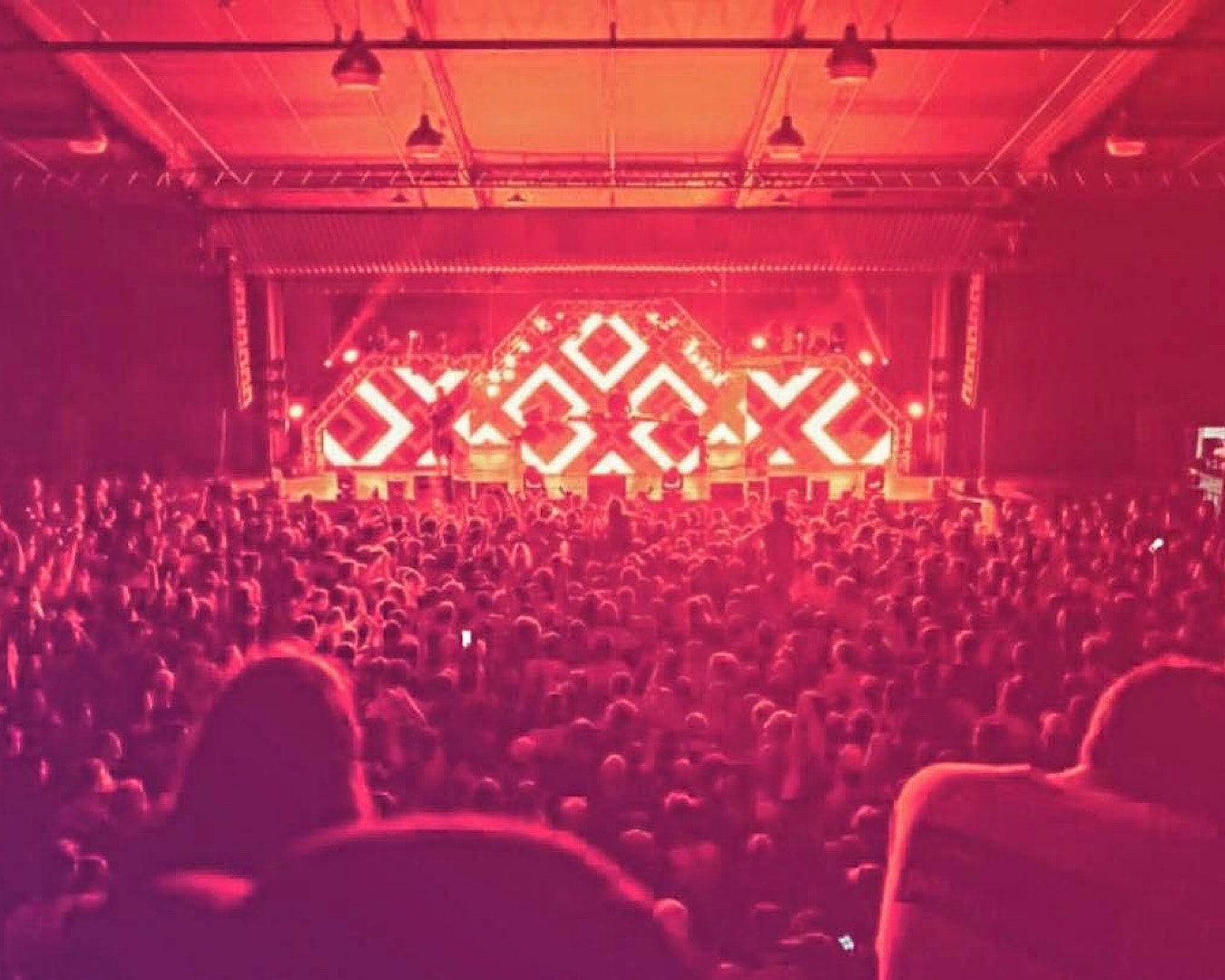 See out 2022 with stardust, Ziggy Stardust to be exact. Yes, for a New Year’s Eve party with a hazy cosmic jive look no further than The Secret Garden at Waihi Beach. Featuring the hottest David Bowie tribute band, Bowie Bowie!, you’ll be boogying into 2023, feeling like an absolute hero (at least until the hangover kicks in).

Blabla presents BANGERZ, an ode to the 70s, 80s, 90s and 2000s. Featuring DJ duo Pretty Fly & A White Guy, old-school party games and prizes for best dressed. Get ready to party like it’s the summer of ‘69 all night long. 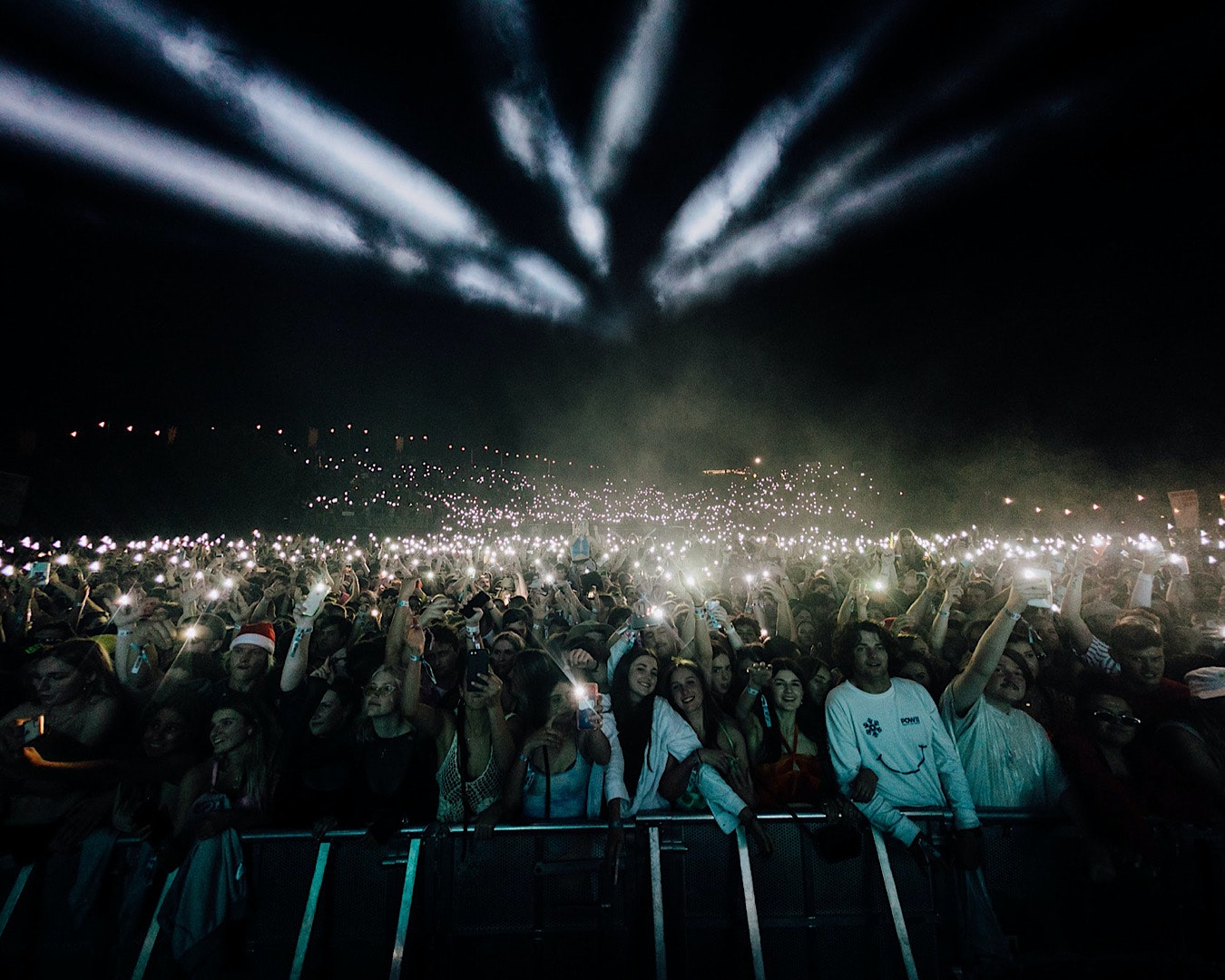 Celebrating its 20th year anniversary, Rhythm & Vines is practically a rite of passage. It’s also the first festival in the world to welcome the first sunrise of the new year. Magical. The three-day festival is packed with more talent than you can shake an RTD at (although we’d advise against shaking RTDs) including Chase & Status, Dizzee Rascal, Bonobo, Crooked Colours, Alison Wonderland, Sir Dave Dobbyn, Sin, Syrup, Pixie Lane and more.

If you’re anything like us and you love a rooftop party (you do), you might just want to nab yourself a ticket to Dirty Little Secret’s New Year’s Eve shindig. You’ll be treated to dazzling live performances, DJ sets that slap, and beverages a-flowing (to keep you, er, hydrated). Book a VIP table to score two bottles of Mumm Champagne. Rad.

If sticky dance floors and depraved debauchery isn’t your ideal way to see in the new year, you’ll want to mask up and head to the White & Gold Masquerade Ball instead. Hosted by The Brazilian Social Club it promises to be a luxe evening, and a total vibe. Dress up swish, shake your tail feather to the funky tunes and tuck into the buffet dinner. 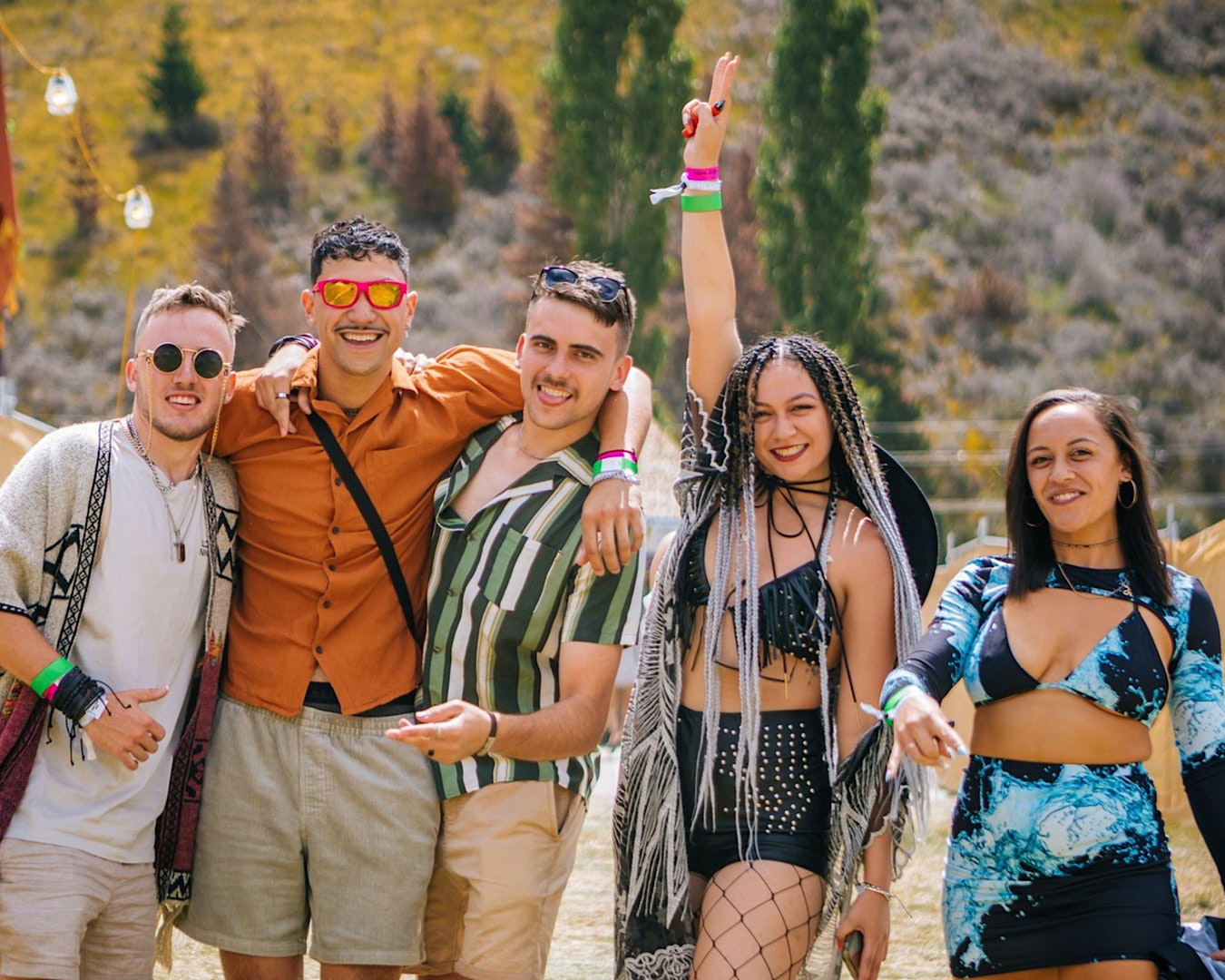 Set in the stunning Southern Alps, Rhythm & Alps has got to be one of the best New Year’s Eve parties around. Catch the Warm Up Party at Lake Wānaka Centre on 28 December then day trip or camp out at Rhythm & Alps proper. Performers include Babyfacekilla, Concord Dawn, Dope Lemon, Samoa The Great, King Gizzard and the Lizard Wizard, and more.

See in the new year aboard the stunning vintage steamship TSS Earnslaw, decked out in your finest pantaloons. There’ll be canapés and plenty of rum, not to mention the incredible Remarkables mountains as you cruise around Lake Whakatipu. Magic.

Prefer having a quiet one on a gorgeous beach? Check out the best beaches in New Zealand according to nine kiwi ice cream legends.