Keep It Under Your Hat, Here’s Where To Find New Zealand’s 7 Best Hidden Beaches

New Zealand has no shortage of spectacular coastlines. In fact, our country has 15,000 kilometres of coastline—making it the ninth longest in the world. We’re spoilt for choice with everything from wild, rugged surf to tranquil, calm shores. While it’s not hard to find a great beach, it takes a little more exploring to discover a secret gem. While we can’t give away all our secrets, here are some of New Zealand’s best hidden beaches.

Rich in history and nature, Rotoroa Island is another Auckland gem with not one but four of New Zealand’s best secret beaches. Closed to the public for nearly 100 years, the island was once a sanctuary for people recovering from drug and alcohol addiction. Rotoroa is now accessible for all to enjoy and doubles as a wildlife sanctuary for native species including kiwi and takahe. Here you’ll find four sandy beaches boasting crystal-clear water perfect for swimming (Ladies Bay, Men’s Bay, Mai Mai Bay and Cable Bay). Ferries to Rotoroa Island depart from downtown Auckland on a regular but seasonal basis. Make a getaway of it and a book a night or two in one of the island’s handful of holiday homes. 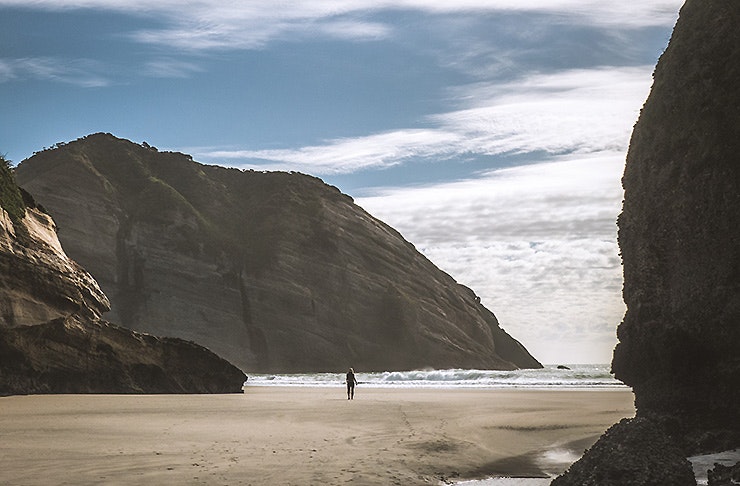 At the northernmost point of the South Island is the spine-tingling Wharariki Beach. The secret beach is accessed by an easy 20-minute walk along the photo-worthy coastline, passing through farmland and forest. The seemingly endless West Coast beach is lined with staggering sand dunes, sea caves and the odd seal or two. The beach is too dangerous for swimming so leave your togs at home and opt for your camera instead—the windswept beach and views of the Archway Islands are a photographer’s dream. In fact, a scene from Wharariki Beach is the default lock screen image on Microsoft Windows 10. If it’s good enough for Bill Gates, it’s good enough for us.

It’s somewhat of a mission to get to this off-the-beaten-track beach. But, like anything worthwhile, the effort in getting there is worth it. New Chums Beach is accessible only by boat or via a 30-40 minute walk along a partly unformed rocky track. Go at low tide and wear decent walking shoes—especially if you want to detour to the stunning lookout. The beach itself is a spectacular 1km stretch of golden sand, fringed by Pohutukawa and native forest. Better yet, the azure waters are calm, clear and perfect for a refreshing dip. 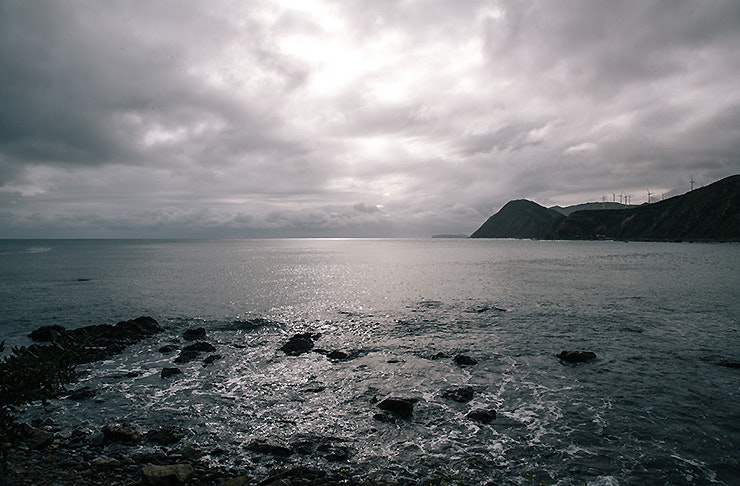 Escape the capital with a 30-minute drive to Makara Beach—one of New Zealand’s best hidden beaches. Wild and untamed, the beach is covered with smooth stones, driftwood and rock pools. There is a range of walking tracks showcasing views of the secluded beach, nearby wind turbines and even the South Island in the distance. Rug up warm as the beach is known for being windy and chilly. But don’t let the weather put you off—it just adds to the beach’s wild and moody magic. Pack your sandwiches and bring a flask of comforting coffee for a picnic on the beach.

When it comes to Auckland’s West Coast beaches, the likes of Piha and Muriwai get more than enough praise. However, the rugged coastline also offers some lesser-known beaches that equally—if not more—magical. At the end of a narrow, dirt road, you’ll stumble upon Whatipu’s breathtaking beach with its toasty black sand and moody surf. The waves are a little hectic and there’s no surf patrol so leave your togs at home and opt for walking shoes instead. There’s a range of walking tracks including a 45-minute return track to the Whatipu Caves. The caves have a fascinating history with one of the larger caves hosting formal dances in the 1920s. Take a torch with you. 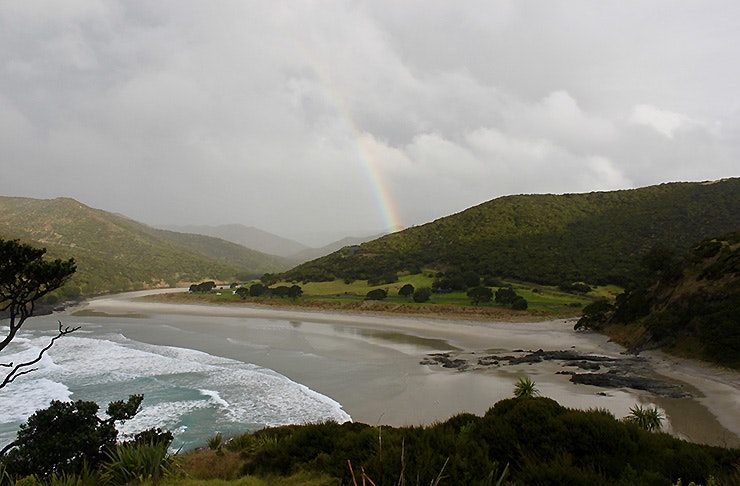 Get off the grid and immerse yourself in nature at the remote Tapotupotu Bay. Located on the north coast of the North Island and a ten-minute drive from Cape Reinga, this is as secluded as it gets. This breathtaking spot showcases a sandy white beach with breaking surf nestled between hilly tree-covered terrain. It’s a great spot for a Pohutakawa-shaded picnic or—to really savour the magic—set up camp at the basic DOC campsite. Tapotupotu Bay is also one of the stops along the four-day Te Paki Coastal Track. Attempt the full 48 km track or do a smaller section such as the 5km Tapotupotu Bay to Cape Reinga lighthouse walk.

The Catlins brings its A-game when it comes to New Zealand’s best hidden beaches. Purakaunui Bay is one of those deserted gems. The small, sandy bay is surrounded by towering cliffs, a large grassy reserve and impressive waves attracting keen surfers. Wildlife is also aplenty with birds, seals and even dolphins frequenting the remote spot. Spend some quality time with Mother Nature and nab a site at the DOC campsite here—you’ll get great views of the rugged, natural beauty from your tent. The bay is also the perfect base for visiting nearby Purakaunui Falls, Jacks Blowhole and the wider Catlins area.