Cascading waterfalls, stretches of coastland, rolling-green hills and native bush—the Bay of Plenty is home to some of New Zealand’s most beautiful scenery. There are a bunch of hikes to do in one day, ranging from relaxing strolls to ones that’ll get the heart pumping. Here are our favourite six. All that’s left is to wear good walking shoes, bring a bottle of water and sunscreen and don’t forget snacks.

Beginning in Whakatane in the Eastern Bay, the Kōhī Point Walk will take you on a scenic journey along the coastline and over the hill finishing up at Ohope—a beach that’s ideal for swimming, especially after a sweaty hike. Be sure to bring your backpack, lunch and sunscreen—it’s a 7km walk one way and will take you about three hours. On a clear day, you’ll see views of White Island, New Zealand’s most active volcano. Another highlight is going to Ōtarawairere Bay (main article image above), a secluded cove that’s only accessible by foot. Make sure you check the tides before you head out, however, as Ōtarawairere Beach is only accessible at low tide. If your legs aren’t up to walking back (ours weren’t), you can catch a bus back to Whakatane. 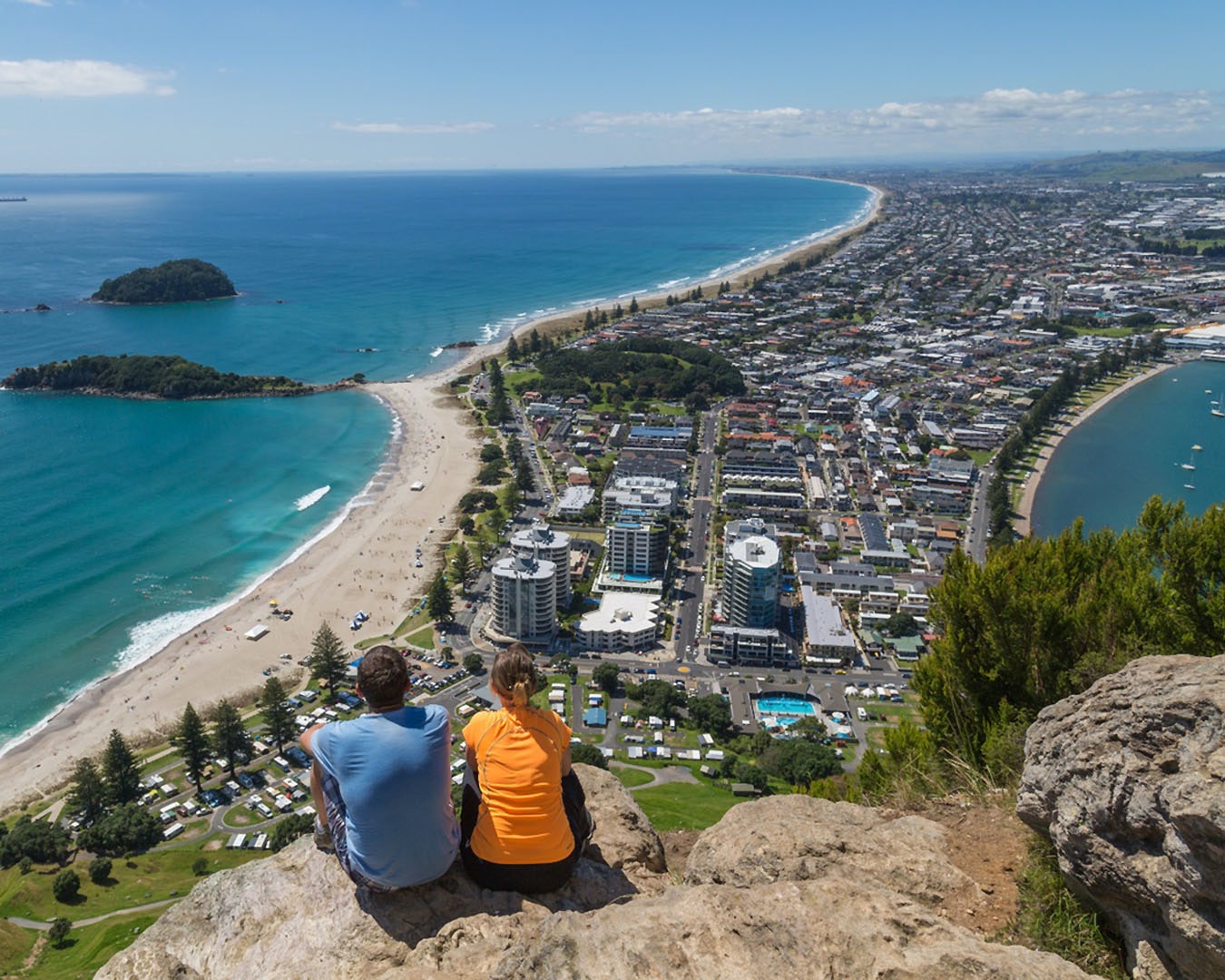 A must-do and accessible hike in the Bay of Plenty is the climb up to the summit of Mauao, the 232-metre tall dormant volcanic cone that looks over the whole of Mount Maunganui and Tauranga. There are several ways to ascend Mauao including the steep Waikorie track and the Oruahine track, which has a more gradual incline. It’ll take you approximately 30-40 minutes one way depending on how many times you’ll stop for pictures (in our case, upwards of 10). Once you reach the top, enjoy 360-degree views of the Western Bay, Tauranga and Matakana Island, with the Coromandel Peninsula and Kaimāī Ranges in the background. If you’re an early riser, head up to the top of Mauao early to watch the sunrise and new day unfold.

If you’re up for an adventure, seek out the top of the tallest waterfall in the North Island, Wairere Falls. Your mouth will open in amazement in the car ride there along Old Te Aroha Road when you’ll get your first glimpse of the 153-metre high waterfall. The forest is beautiful with lush trees including puriri and kohekohe, big boulders covered in moss, trickling waterfalls and birds singing harmoniously. It’s a 45-minute, relatively easy walk to the viewing platform at the base of the waterfall. If you choose to go on, it’s another 45 minutes to the top of the waterfall—and a challenging one at that through thick bush. It’s worth it though, with views of the valley and Waikato Plains. Head back the same way you came—all up the hike will take you around three to four hours. In summer, bring your swimmers and cool off in one of the small rock pools. 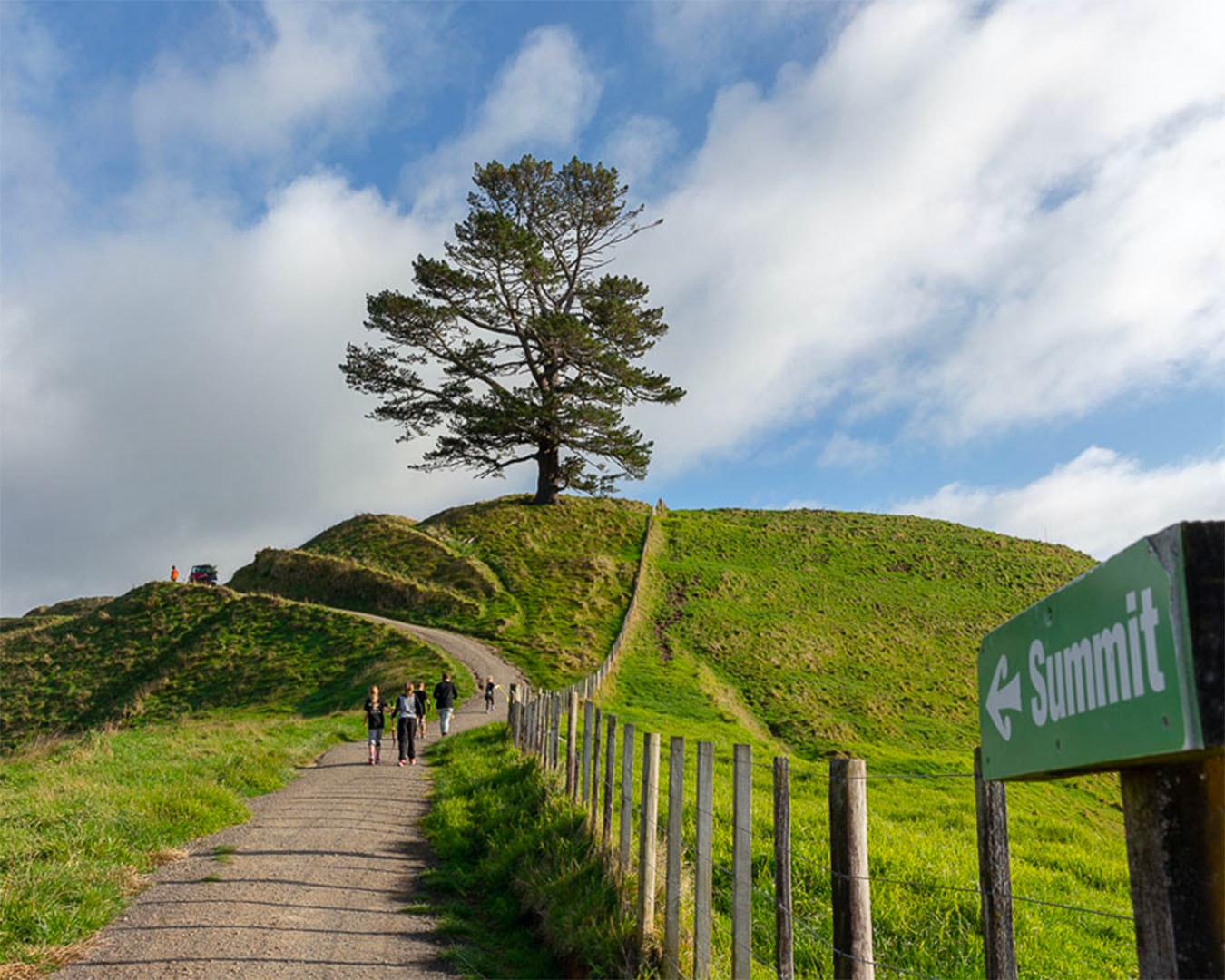 On a sunny day, it’s hard to beat exploring Pāpāmoa Hills Regional Park, located in the Western Bay of Plenty. The most well-known hike begins from the car park on Popular Land and makes its way up to the trig station at 224 metres high. You’ll be passing open farmlands and see views of green hills and the Pacific Ocean—it’s about 45 minutes to the top. Pāpāmoa Hills Regional Park is also an important cultural heritage area—there are seven pa sites and archaeological features. The Bay of Plenty Council have been committed to the conservation and sustainability of the park—along with the help of the community they have planted over 125,000 native trees and shrubs in recent years.

This hike kicks off at Waihi beach located just under an hour’s drive from Tauranga. It’s a 45-minute walk along a well-marked track until you’ll reach Orokawa Bay—one of New Zealand’s most stunning beaches with turquoise waters, golden sand and pohutukawa trees. It’s also a great spot to stop and have a picnic. From there, head to the northern end of Orokawa Bay and carry on for another 30 or so minutes until you reach William Wright Falls. While it may not be the most impressive waterfall we’ve seen, the walk there is enjoyable crossing through creeks, and we love the nikau trees. 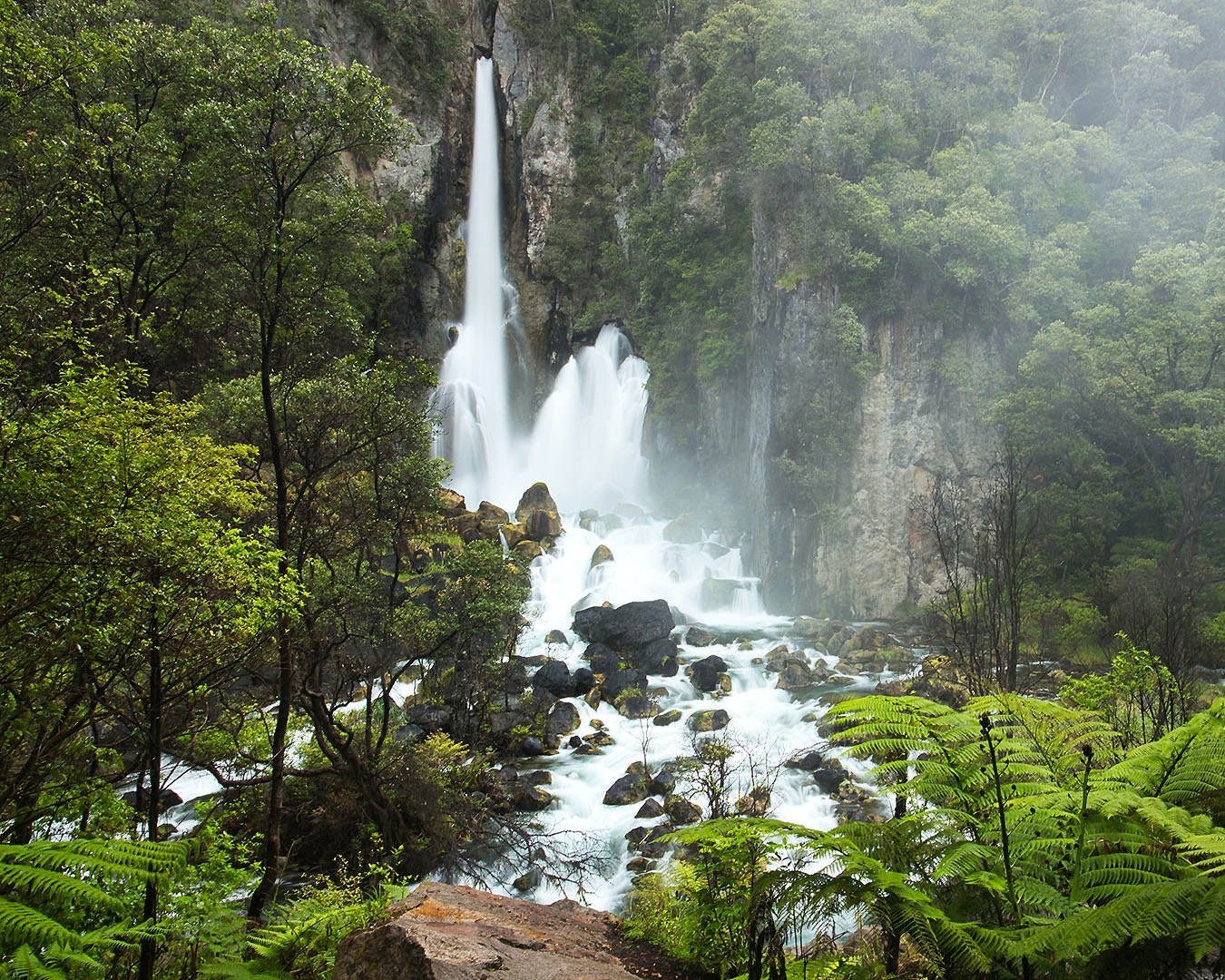 Tarawera Falls is located in Lake Tarawera scenic reserve, about a 30-minute drive from Kawerau. You’ll need to purchase a permit before you go, as you’ll go via private forestry roads—you can get them online or during the week in Kawerau. From the car park, it’s a 20-minute relaxing stroll alongside the clear Tarawera River to the viewing area at the base of the falls. Once there, you’ll see the 65-metre waterfall emerging out of the rock cliff face. For a bit more of a challenge, continue on a narrow and steep path to the Tarawera Outlet through native flora for another two hours one way—it’s impressive seeing the river disappear and reappear out of the ground.

After all that exertion why not treat yourself to a meal at one of Tauranga and The Mount's best restaurants?