Wellington is a notoriously hilly city. Many daily commuters and students tackle steep inclines along their route to work and university. Being such serious walkers has recently crowned us the title of New Zealand’s fittest city. To retain our newly claimed title we’ve gathered some inspo for your next walks and hikes in and around Wellington. With the beautiful views being some of the best free things the city has to offer, lace up your kicks and start strolling.

Here are the best walks in Wellington.

It’s almost tradition to take every friend, family member or newbie to the city up to the top of Mount Victoria. If you’re a local you’ll know it as Mount Vic, and you’ve likely explored some of the many tracks to the summit. The mountain sits right on the edge of town, giving you some of the best views of the city and the sea, from Petone to the Hutt Valley and on a good day you might see the snow-capped mountains of the South Island too. There are various length walking tracks and something for all difficulty levels on Mount Victoria. Head straight for the lookout, or take the longer Loop Track—at 4.7 kilometres you’ll be ready for the view at the end. Plus, you can bring your pooch! As long as they’re on a lead.

At the end of Owhiro Bay road on Wellington's south coast, you’ll find a stretch of rugged coastline waiting to be explored. This place is beautiful year-round. Sea mist casts a haze over the coastline where the vast hills meet the wild ocean, and you’ll see where it gets its name with the should-be-on-Mars red rocks jutting out of the sand and sea. In the winter months, you’ll spot seal colonies, and on good days, take in views of the South Islands snowy peaks.

Red Rocks is the kind of place you could spend a good few hours, the walking is mostly flat and there’s plenty to take in. It’s mostly gravel and rock so pack a good pair of shoes. Pariwhero is a favourite among locals, so do yourself a favour and get in early as the car park fills up quickly on weekends! (Alternatively, take bus 29 which drops you a ten-minute walk from the carpark). You can re-caffeinate at the coffee cart in the carpark, but there’s not a lot in the way of eats—so pack something to keep you going.

The City To Sea Walkway ticks all the boxes as the perfect day hike. You’ll walk through the Botanic Gardens and urban areas, listen to bird song in native bush and take in views of the stunning Cook Strait. Each place you’ll visit is significant to Wellington so check out some of the histories on the way. The walkway has a total of 12 kilometres worth of track, giving you a good six to seven hours of walking and exploring. If you’re a keen walker, take on the walk in one day, or if you're looking for more of a leisurely stroll, the walkway is commonly completed in sections. It’s called City to Sea, but the track is clearly marked, so take it whichever direction you please. As you’ll never be too far from the city or suburbs, don't worry about bringing a packed lunch, take a detour and stop at one of Wellington’s many great cafes to refuel along the way. 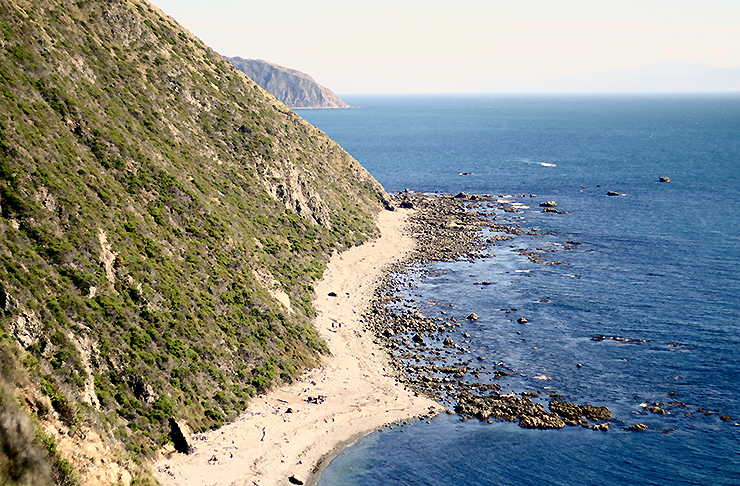 Get ready to be blown away, literally. This walkway wraps up and around Makara's wind turbines and gale force winds aren’t uncommon. The strong wind is perfect for clearing the head and although you’re only twenty minutes from the city, driving out there you feel like you’re hours away. There’s an abundance of farmlands, windy roads and very cute lambs. Once you reach the end of Makara beach, a six-kilometre loop track begins taking you up and up through farmlands over rough tracks into the West Wind Meridian Energy Park where you’ll get views of more than 40 wind turbines. Be sure to take something windproof, something to eat and plenty of water to drink, you’ll be here a few hours.

A part of New Zealand’s Te Araroa Trail, and also known as the “Stairway to Heaven” (because of its many steep steps), the Paekakariki Escarpment is the perfect excuse to get your pals together and get out of the city for some of the area's most spectacular views. Take the train to Paekakariki Station or make your own way there—it’s a 40-minute drive from the city. The track sits at 220 metres above sea level, and with it being above the railway and the coastal highway below, you’ll get amazing views of the ocean and occasional train. If you’re looking for a bit of adventure, this walk is for you—suspended high above the ground is a swing bridge, and it’s got to be the highlight of this walk. If the city’s hills weren’t steep enough for you, the stairs on this track will really get you going. Recommended for those with a good level of fitness and ability, the walk covers 10 kilometres and includes many loose-gravel steep stairs. 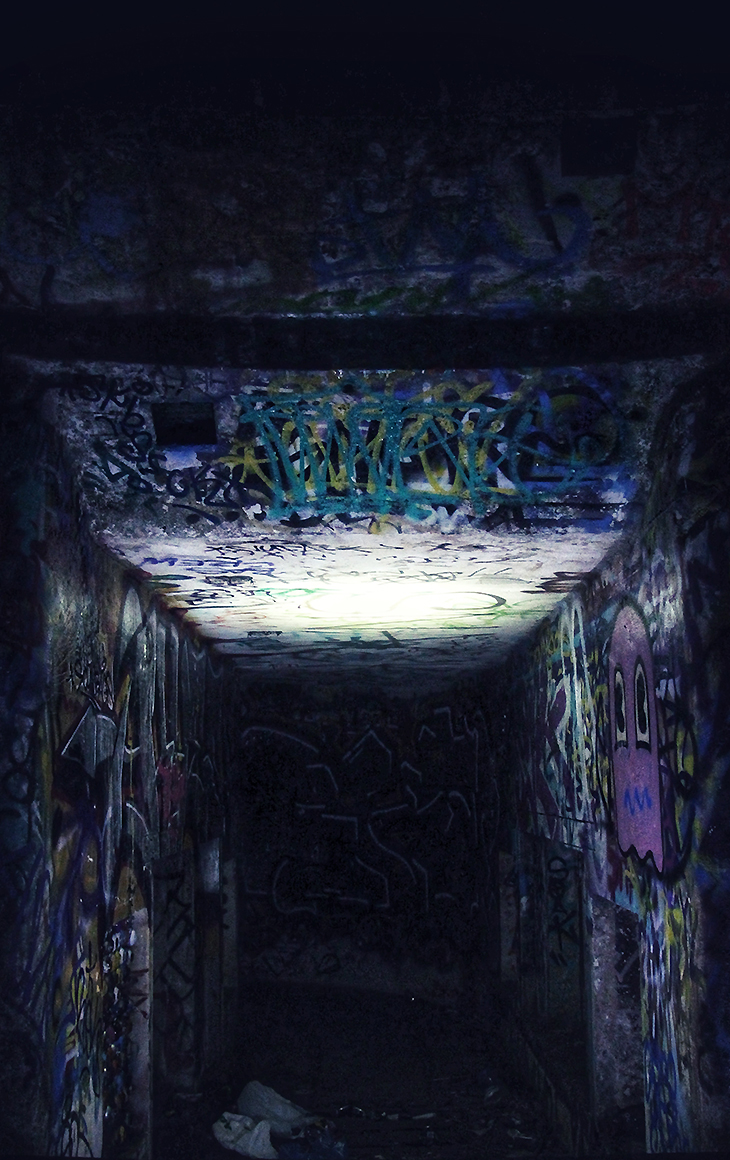 At Point Halswell, right at the end of the Miramar Peninsular is the fairly-unvisited Massey Memorial. Call it a hidden gem if you will, this spot is the perfect place for a romantic picnic with your lover or a big shared lunch in the sun with your friends. Head round Shelley Bay until you’ve found the unassuming entrance (across from the first car park on Massey Road) you’ll take a short and easy bush track up the hill. When the trees break, take in the views of the impressive white marble memorial dedicated to late prime minister William Furgeson Massey. Carrying further on from the memorial, you’ll find old and graffitied war bunkers—great for some historical and potentially creepy exploring!

Wellingtonians love to tell anyone listening that ‘you can’t beat Welly on a good day’, and honestly, they’re right. On a good day or evening, locals love to make the most of what the city has to offer, with one of those places being Moa Point Fort (also known as Palmer Head). A short walk through a residential area takes you past a park and through a basketball court before coming to a ridge where you’ll find a bunker tucked up at the top of the hill. With views over the airport and the ocean, sitting atop the bunker is a great place to watch planes attempt their dodgy landings in the infamous Wellington Wind. Take the stroll up early evening with your fish and chips (the walk's short enough that they won’t get cold), and fingers crossed you’ll score a windless night to take in the tranquil golden hour.

Standing tall over the city, Mt Kaukau is the highest point in the Wellington landscape. At 430 metres high, the summit is host to a radio tower that can be seen from all around the city. To get there take the Johnsonville Train, getting off at Khandallah and make the quick seven minute walk to the beginning of the track. You’ll ascend through shaded paths under trees before reaching open farmlands. It takes about an hour to get to the top, and not long after starting the walk, you’ll start to spot sweet views peeking though the bush. From Wellington city and surrounding suburbs, to Porirua harbour and distant views of Makara’s wind turbines, this place has got to be the best of the best, the top spot to take in all of the regions views.

All that walkin' got you hungry? Pull up a pew at one of Wellington's best restaurants.