Western Sydney Is Getting A Monster Surf Park With A Lagoon, Skate Park And Rooftop Bar

The rumours are true. Western Sydney is set to be the home of a mega surf park packed with cafes, rooftop bars, yoga studios, and hot tubs. So, when can you move in?

Dubbed URBNSURF, it’s been dreamt up by the same crew behind Australia’s very first surf park, which has been making waves (literally) in Melbourne’s Tullamarine since 2019. As for what’s in store for Sydney’s version, the aquatic park will take its place in Sydney’s Olympic Park precinct, sporting a diamond-shaped lagoon that’s about the size of the Sydney Cricket Ground.

The lagoon will pump out glassy, ocean-perfect waves that will swell up to two metres in height and cater to surfers of all levels—even those of you with very little to no experience on the shakas front.

Without the magic of winds and tides, URBNSURF creates its surf using super impressive Wavegarden “Cove” tech, with waves generated every eight seconds. You’ll even be able to surf after dark thanks to LED lighting that makes the water glow. 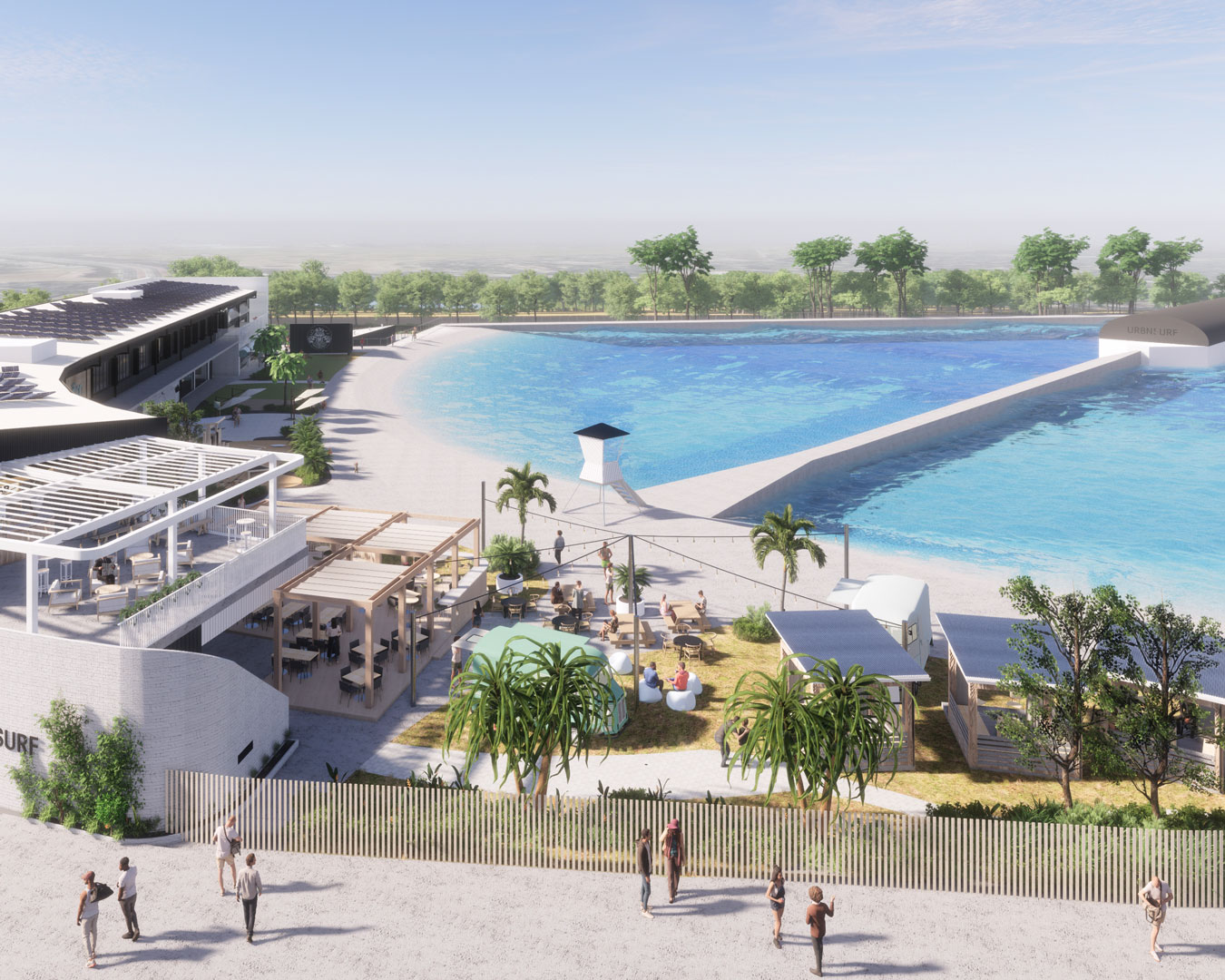 And, if you thought URBNSURF was just a fancy wave machine, think again. While this gigantic surf park will no doubt reel in the attention of wave riders around Sydney, it also expands out into a mega centre of wellness, convenience, and tasty food antics too. You’ll pretty much have beach cabanas, hot tubs, rooftop bars, working spaces, licensed cafes, skate parks, and leisure pools too.

Construction for Sydney’s URBNSURF is expected to kick off somewhere near the end of 2021 with the idea that the surf park could be opened for business in the summer of 2022. More info is here.

Love the idea of a high-tech surf park? You'll want to suss out the luxury surf lodge opening near Sydney soon.