It’s almost that time of year again—the time when Brisbane Festival takes over the city with an epic lineup of art installations, musical performances, cabaret acts, comedy, dance and everything in between. And this September, as well as Riverfire returning to us after a hiatus in 2020, our cultural spaces are set to look more colourful than ever, with a heap of stunning inflatable art installations popping up around the city.

That’s right—there’s more than just one. Reminiscent of those giant bubbles that everyone was ‘gramming in the Botanical Gardens a few months ago for Curiocity, several inflatable installations will be appearing from 3 September, and staying up for the duration of Brisbane Festival until 25 September—though their locations may change (more on that in a moment).

First up, there’s Airship Orchestra and Sky Castle, two magical, multi-sensory installations that you’ll be able to wander through as you take in the changing lights and music. They look just as good during the day as they do at night, and may make you feel like you’ve entered a dream. These two will take it in turns appearing at Northshore Hamilton and on Brisbane Festival’s Art Boat, a floating art exhibition that will travel between Hamilton and South Bank, featuring an onboard bar and musical dance performances—we’re thinking a sunset cruise is a must. These ones will be free to view at Hamilton, but you will need tickets for a cruise. 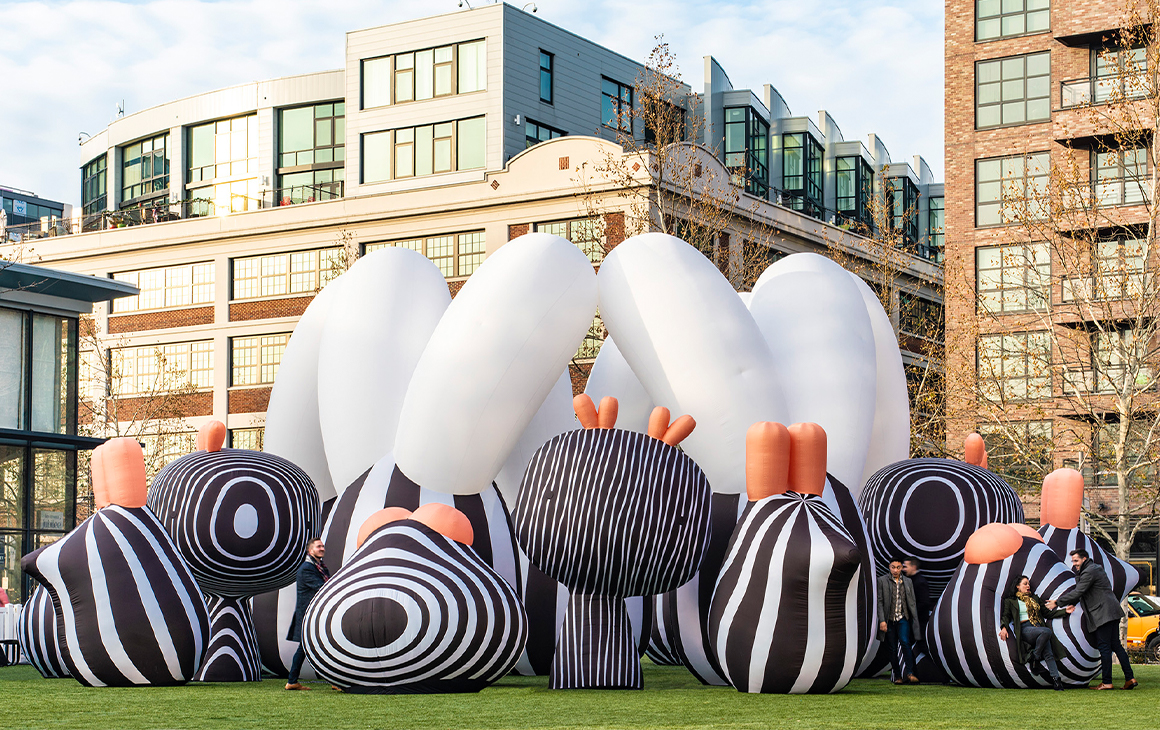 Unfortunately, one of the inflatable installations, Silver City had to be cancelled due to pandemic-related issues, but next on your list of must-sees should be West Village in West End, which will be lit with stunning inflatable botanical displays for Lost, which will be free to explore.

Of course, that’s not all that’s on the mammoth Brisbane Festival program, there’s plenty more, from a night of deadly performances from First Nations musical artists to circus performances, sing-a-longs and dog shows. Personally, we’ll be grabbing tickets to Demolition, an explosive performance of cabaret, theatre and social activism at the Powerhouse. You can check out the full line-up and nab tickets to any or all of the shows here.

Meanwhile, check out this huge LEGO exhibition at the Queensland Museum.