Every Reason Melbourne’s RISING Is Worth The Trip This Winter

We’re not normally ones for crunching numbers, but with 133 events including 36 world premieres featuring 750 Victorian artists over 12 epic nights, there’s plenty of reasons to book a trip and check out Melbourne’s RISING this winter.

Kicking off May 26 and running to June 6, RISING is a cultural celebration of art, music, performance, food, ‘gram-worthy spectacles and all the good things that make Melbourne so unique.

If you’re late to the party, here’s the rundown: “RISING is a festival of unrepeatable, site-specific performance and large-scale public art” says co-artistic director Hannah Fox, “The vision for RISING is centred on the idea that culture is a human right. This means really embedding art, music and ceremony in public spaces and creating opportunities for participation.” Danny Pearson, the Minister for Creative Industries says, “[RISING] brings together hundreds of our artists, musicians, choreographers, writers, theatre-makers, designers and hospitality stars to create a memorable 12-night event.” So in the spirit of community comradery, there will be loads of free events and immersive public spaces across the five key locations: Chinatown, Birrarung, Arts Precinct, Midtown and Satellite sites.

Basically, this new major cultural event is up there with the big guns of Melbourne’s event calendar, so we’re here to help you plan your itinerary and check off the big ticket items for the premiere festival. And while RISING should be your main reason to visit, it’s no secret Melbourne can deliver more experiences in troves. 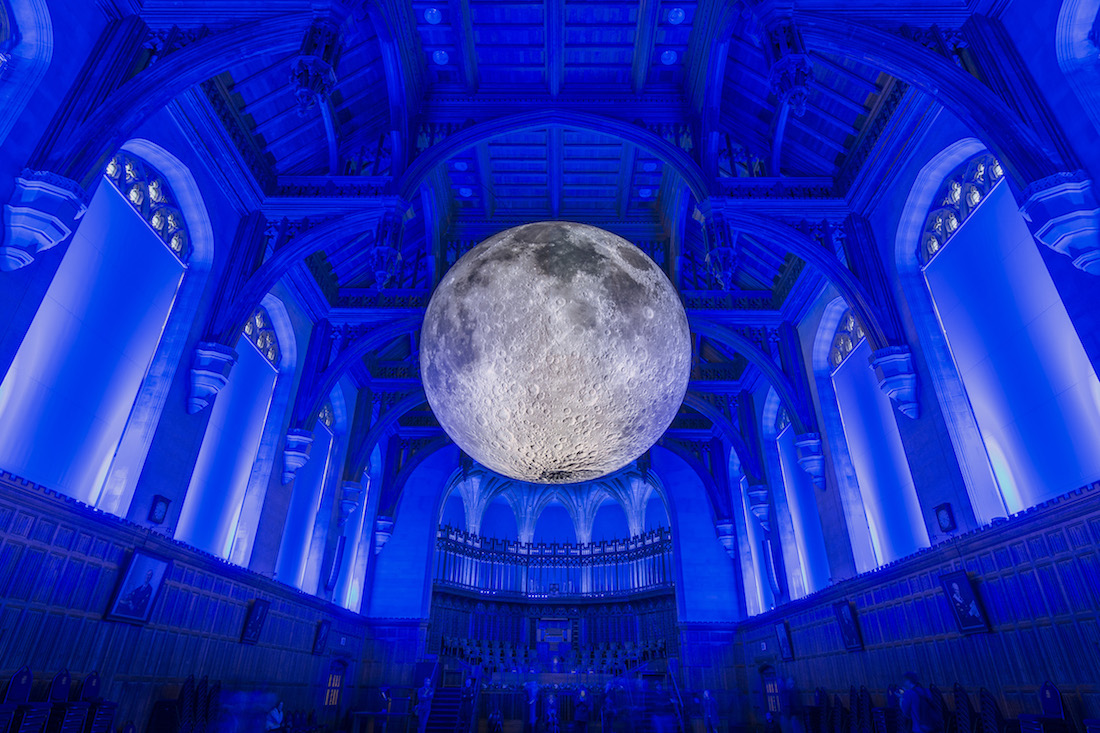 RISING, The Wilds, Luke Jerram’s Museum of the Moon

Things To Do And See

Some of our favourite Melbourne sites will be transformed for the event, starting with The Bowl. The beloved amphitheatre is turning into The Wilds—a supernatural forest complete with an ice skating rink on the stage. Enter through a bamboo forest, traverse through architectural tunnels of light, see large-scale sculptures and skate the night away to the soundtrack of a DJ.

Serious foodies should grab tickets to The Lighthouse, a luminous atrium at The Wilds, where you’ll be treated to an original three-course menu by David Moyle of Franklin and Longsong fame. Perched atop the Sidney Myer Music Bowl’s amphitheatre, you’ll have the best seat to take in the full expanse of The Wilds.

Take a trip to the Golden Square car park—a “swirling vortex of contemporary art”. For this festival-long art takeover, the car park will be reimagined as a space for art and ideas. There’s also going to be a rooftop cocktail bar so that’s always a bonus. Start from the top and work your way down for an artistic ride that looks at migration, colonisation, technology, consumerism and the environment—big stuff.

The National Gallery of Victoria is becoming a performance space thanks to percussion artist Matthias Schack-Arnott and renowned choreographer Lucy Guerin. Their installation, Pendulum, features suspended bells that respond to dancers’ movements by tolling, humming and swinging through space.

It’s nudity on the dancefloor so you better not kill the groove at Queen Victoria Women’s Centre Club Purple. That’s right, it’s a naked disco. But before you freak out—or get too excited, depending on what you’re into—this disco is a naturalistic, alcohol-free, wholesome event designed to help you shed inhibitions and get dancing. Go for a solo session or take your mates of choice for a private booking. Strictly no stranger danger at this disco.

Undeniably the tear-jerker of the festival, The Dispute features kids taking to the stage to describe their parents’ separation in their own words—we know, it’s A LOT. Take some tissues and prepare for one of the most moving, wholesome, beautiful and brave theatre evenings of your life.

Stroll down to the Birrarung’s (Yarra River) banks, an ancient meeting place, where you’ll find the sky’s stories mirrored by a giant glowing eel and hundreds of lanterns floating on the river’s tide for Wandering Stars.

For more beautiful dancing lights, head to Hamer Hall where you’ll gaze up at a projection of a spirit eel slithering its way across the building's facade. Created by artist Maree Clarke, this work explores the customary ceremonies, rituals and language of her ancestors and reveals her long-held ambitions to facilitate cross-cultural dialogue about the ongoing effects of colonisation. For Ancestral Memory Maree collaborates with her nephew Mitch, an artist whose own work specialises in the revitalisation of South-Eastern First Peoples practices.

The Rivers Sing is a large-scale sonic artwork uniting the suburbs, the city and Country with the people who call them home. Composed by acclaimed opera singer Deborah Cheetham AO, with artists Thomas Supple and Byron J. Scullin, head to the river to experience this totally unique artwork. 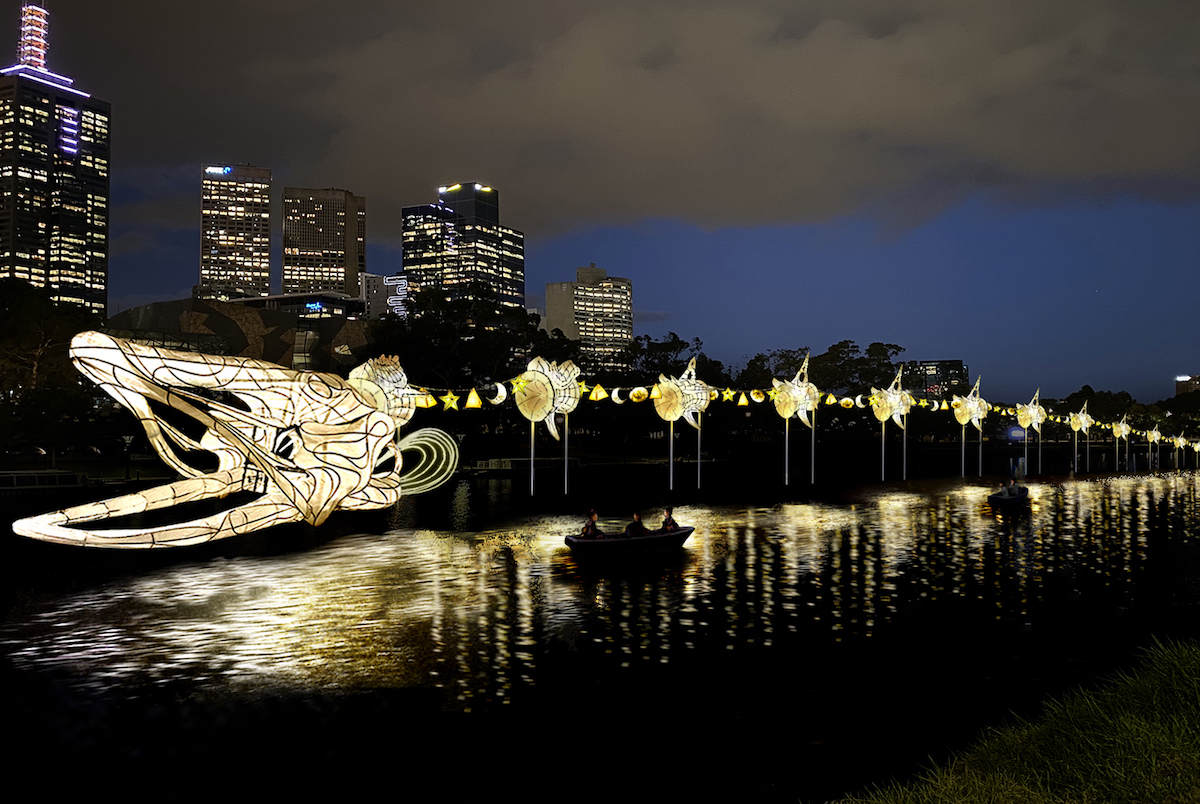 Definitely making up for the drought of live music last year, RISING is bringing some of our favourite musos back to the stage. Julia Jacklin is back two years after the release of her stunning album Crushing, and she’ll be joined at the Comedy Theatre by Melbourne-based artist Kee’Ahn. The beloved indie-rock band Augie March will be taking to the stage too for the 21st birthday of their Sunset Sounds album—makes you feel old, doesn’t it?—and performing the album in full at the Melbourne Recital Centre.

One of the standout events of the festival is Buŋgul—an intimate look at the inspiration behind Dr Gurrumul Yunupiŋu’s posthumous album Djarimirri (Child of the Rainbow). The performance is directed by Senior Yolŋu Don Wininba Ganambarr and Nigel Jamieson, in collaboration with the Melbourne Symphony Orchestra. It will be a moving culmination of dance, song and art that inspired the late great musician, within the spectacular surrounds of Hamer Hall.

Mess Hall will be the foodie hub of RISING at the Melbourne Town Hall. The concept-driven food and drink experiences bring together some of our fav chefs and cuisines, from Late Night Yum Cha to the Stock Exchange big ol’ broth cook up. There will also be a nightly four-course banquet Dinner Party in the Main Hall which will be soundtracked by the grand 147 rank pipe organ—it’ll be quite the atmosphere.

We’re saving our stomachs though for the rebirth of Tjanabi, the legendary restaurant by First Nations Boon Wurrung senior elder Dr Carolyn Briggs AM. As chairperson for the Boon Wurrung Foundation, Briggs knows a thing or two about native ingredients. Her food draws on traditional techniques and flavours that have been enjoyed on Country for thousands of years. Through this multi-course meal, you’ll traverse the past and be introduced to the future of First Peoples food culture.

Located on Little Bourke Street, boutique hotel Lancemore Crossley St. is perfectly positioned with the best of Melbourne at your fingertips. You’ll have the Theatre District, restaurants such as Gingerboy, Becco and Pellegrinis, and tempting sights and sounds of Chinatown. This hotel brings old school glamour to the streets of Melbourne with 113 seriously swanky rooms. The big drawcard, though? The rooftop terrace decked out fire pits so you can gaze out over the sparkling city lights in true style and comfort. Trust us, you’ll never want to check out.

If you’re feeling ambitious, go check out all 133 events over on the website. The festival rises on Wednesday 26 May and wraps up on Sunday 6 June, so start your planning now.