What to See, Eat, & Do at This Year’s Brisbane Teneriffe Festival

It's that time of year again! The Brisbane Teneriffe Festival kicks off this Saturday from 9am, and because we love nothing more than drinking and eating all day long, we're beyond excited.

The Brisbane Teneriffe Festival celebrates everything that makes Teneriffe  so damn awesome, from its historic culture, to the superior businesses and producers who call this awesome suburb home, Teneriffe makes for a fantastic spot to work, eat, and play. And we would know, because we're right down the road!

Here is our go-to guide of everything worth seeing, doing, and tasting at this year's Brisbane Teneriffe Festival.

The Food and Bevs

Let's begin with the important stuff: the food and drinks. Your local favourites are turning it on again for this year's Brisbane Teneriffe Festival, with their biggest line up of restaurants, cafes, and bars ever. Be sure to visit the Vernon Terrace London Woolstores Deck, sit back and soak up the atmosphere as The London Club, Claret House, London Porterhouse, Wunderbar, and Eve's on The River's Pizza Bar serve up their amazing fare.

Or perhaps you'd prefer to take a stroll across the road to Sir Manual Hornibrook Park where Green Beacon Brewing Co. and Malt Bar and Dining have combined to serve you cold beer and great food while you kick back and enjoy the entertainment on the River Stage. Wagyu hotdog and a pale ale, anyone?

And just when you thought the lineup for this year's Teneriffe Festival couldn't get any better, Alfred & Constance are back with their ever-popular pop-up party, the Pork, Fork & Cork Laneway Party in the London Laneway Fashion Precinct. You'll find food and drinks from Kwan Brothers, Alfredo's Pizzeria, Limes Hotel, Chester Street, and Alfred & Constance.

No Teneriffe Festival would be complete without a little live entertainment to keep the atmosphere buzzing. With performances by the UQ big band, Bettie & the Betties, The Flumes, and Ella Fence, just to name a few, you're in a for a big day of live music.

Who doesn't love a good market? This year's Brisbane Teneriffe Festival market precinct is set to play host to an array of intriguing artisans and providores. With over 100 market stalls lining the streets of Teneriffe, you'll be spoilt for choice when it comes to home-made goodies, clothing, and homewares, as well as a host of local businesses offering you a chance to sample their wares. 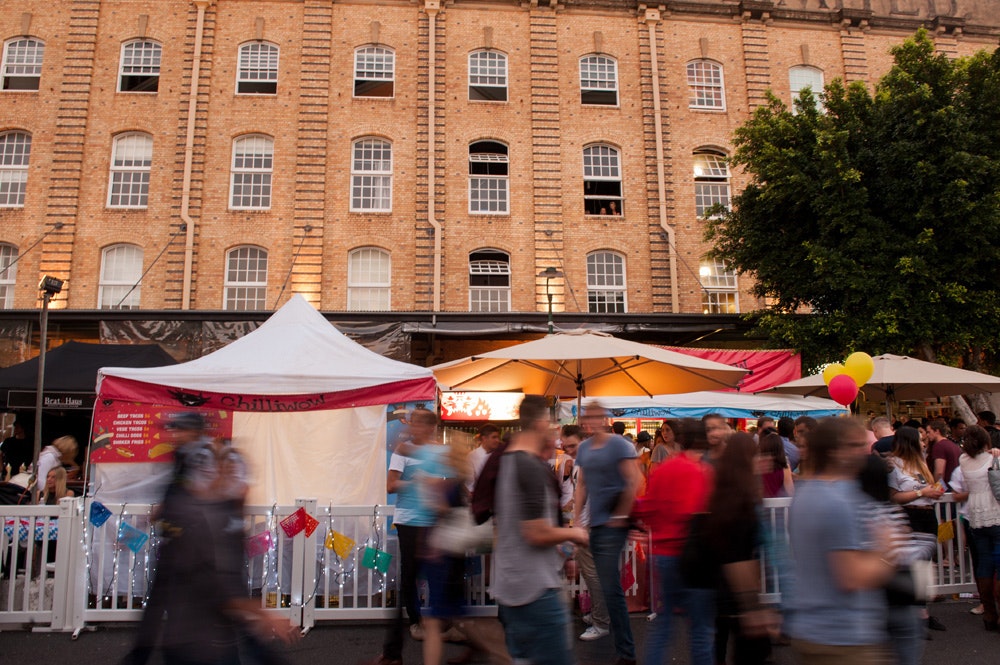 This year, industry experts Emerge Australia are creating a fashion program for the Festival aimed at showcasing local designers. Over the course of the festival Emerge will showcase a series of runway shows, as well as hosting interactive creative workshops. Take a gander at swim and resort wear,  established designers and boutiques, and accessories, shoes and bags.

Not just for the olds, the Teneriffe Festival has loads of activities for the small people as well. Sheep shearing demonstrations, petting zoos, laughing clowns, jumping castles, and fairy floss — it's a kids' paradise! A hit at last year's Festival, Kids World returns to keep your little ones entertained for hours, so you can focus on the food.

What are you most excited to see, eat, or do at this year's Teneriffe Festival? Let us know in the comments below!