Ever catch yourself staring at a kid’s bouncy castle and wishing you were still allowed on one, without the worry of deflating the whole thing? We don’t blame you. There’s good news for all you kidults though, the world’s largest inflatable theme park is coming back to Brisbane and your dreams will finally come true.

Think a 300-plus metre bouncy theme park with 50 different obstacles to bounce over PLUS a space wonderland and the biggest bouncy castle in the world (Guinness World Records approved). You won’t even have to worry about accidentally stomping on anyone because there's going to be adults only sessions. Yep. Totally. Kid. Free. 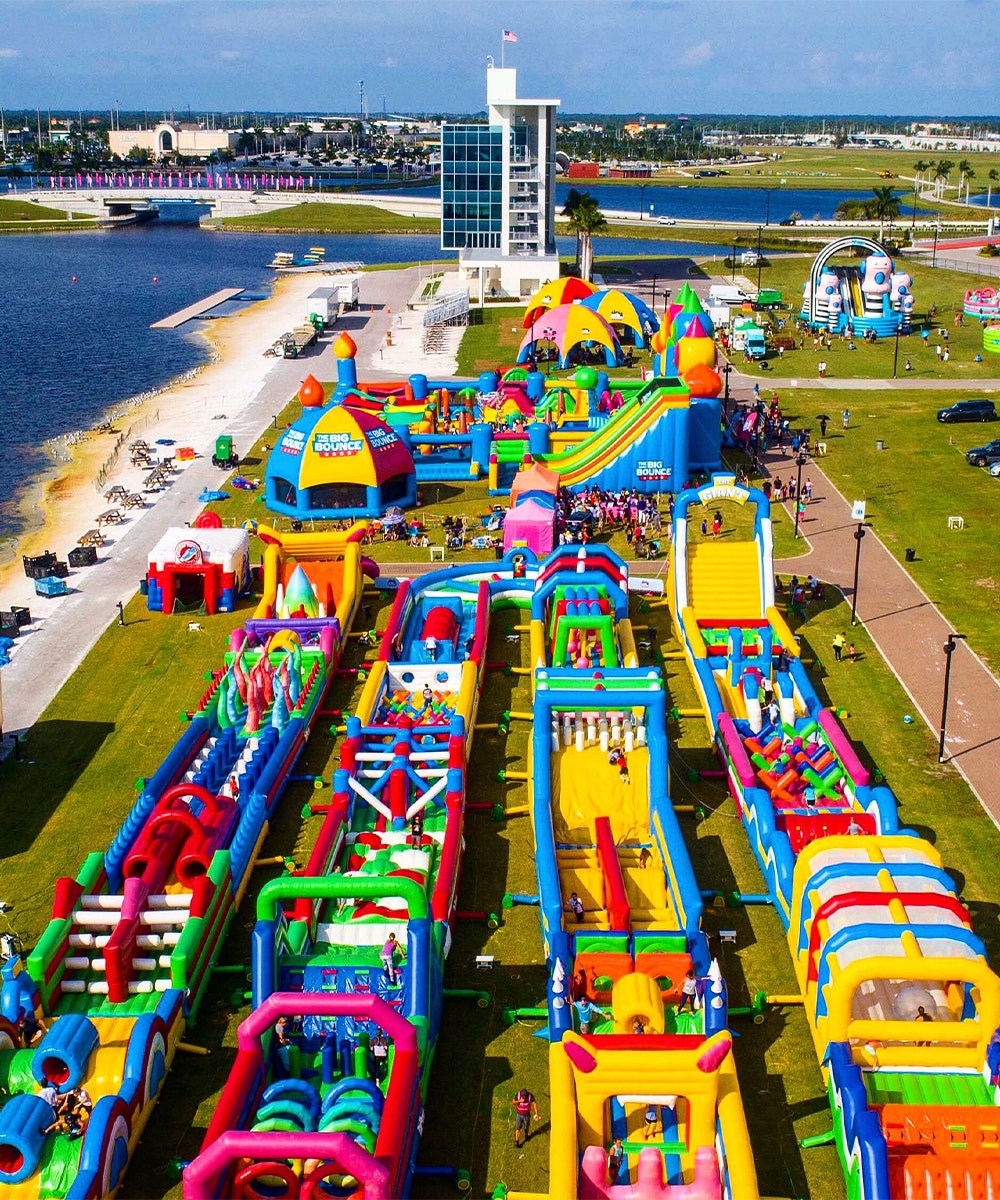 The Big Bounce Australia, as it's called, will have you rocketing around and bouncing up, down and off giant slides, ball pits, basketball hoops, climbing frames and beach balls—and that's just The Bounce House. You're going to need save some energy for The Giant, with over 50 obstacles to tackle, from giant red balls to rainbow spirals a zone of inflatable giants. And when you’ve finished, it’s time to catch your breath and hit AirSpace, where an 18 metre high maze, more ball pits and epic slide themed with aliens and spaceships will leave you in serious need of a nap.

This grown-up’s playground will be heading to Brisbane this Friday 14 January to Sunday 16 January, setting up at Eagles Sports Complex in Mansfield. But we'd travel anywhere for a gigantic bouncy castle, lets be real.

Tickets will set you back $59pp for the adults only sessions, which gets you three hours of fun on all the obstacles. But the joy of all your childhood dreams coming true? Priceless.

When: 14 to 16 January (rescheduled)
Where: Eagles Sports Complex, Mansfield
Find out more here.