A Free Exhibition With Works From Rone, Adnate And More Has Popped Up In The CBD

As if Melburnians needed another drawcard to visit the city, the west corner of the CBD has just scored an ‘Artcade’. The new precinct has been reimagined with stunning works from the likes of Rone, Reko Rennie, Adnate and George Rose, just to name a few.

Highlights include an installation from Rone, which will see one of the spaces transformed into a sort-of ode to his 2019 project Empire, while Adnate will acknowledge indigenous cultures from around the world with his captivating large-scale portrait style. Artist Reko Rennie has also been given plenty of creative freedom around the arcade, where he pays respects to the Kamilaroi people via work sprawling across an immense 225 sqm hoarding wall. 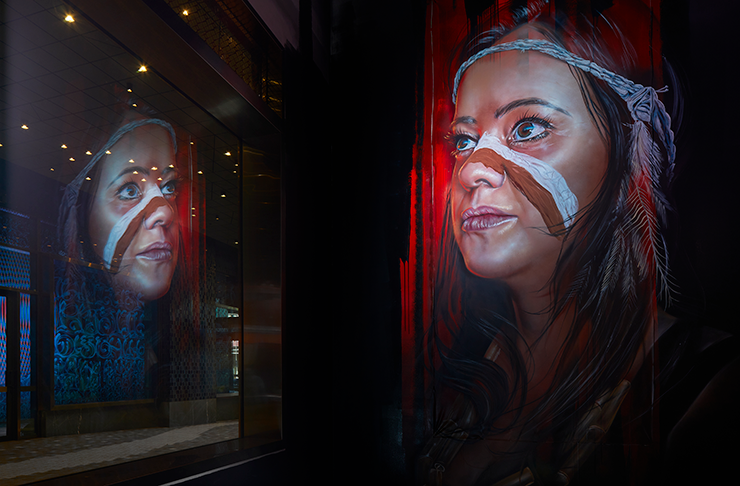 In the artcade, you’ll also find a concept cafe from the team behind Common Place coffee. It’s been built and designed by art collective Juddy Roller, while artist Lisa King has taken care of the aesthetics, giving female-identifting artists around the world a nod with her sprawling murals. 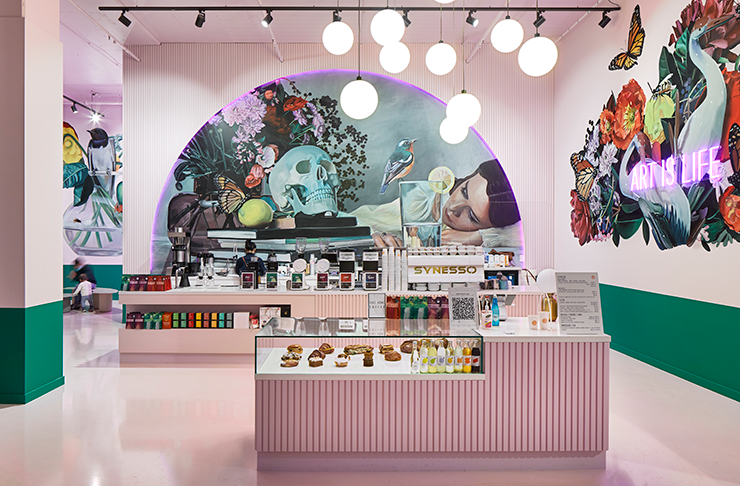 That’s not Juddy Roller’s only contribution to the project, they’ve in fact been a driving force in getting the project off the ground, partnering with developer Far East Consortium to bring this immersive display of public art to life.

While you’re in the CBD, take a look at the Urban Bloom project, too.