The Best Romance Novels Of 2022

There’s no doubt in the world you’ve clicked on this article, ready to fall into a deep literary abyss of first loves, adoration, desire and devotion. Luckily for you, we’ve beaten you to the punch and already done the bedside scrunched-Kleenex pile while we wailed our way through all the loved-up books guaranteed to make your heartache, race and perhaps even stop at times.

The Great Gatsby and Anna Karenina aside, there's a plethora of new romance novels climbing their way to the 'best of all time' status and you'll want to make sure you've read all of them.

Get comfy, here are all the best romance books to read right now.

Daisy Jones And The Six 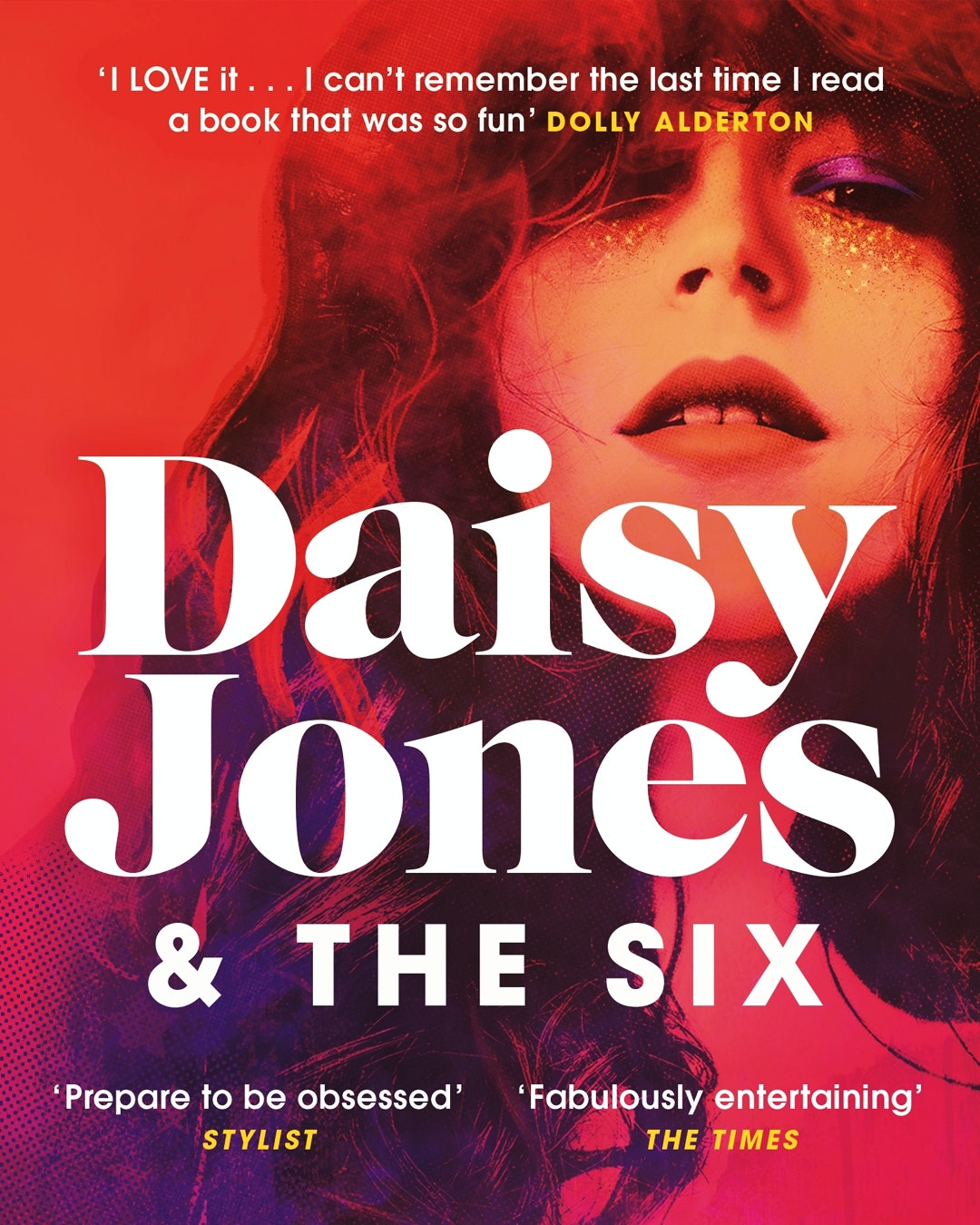 Transport yourself to the 70s where the sun sits high, hedonism reigns supreme and music is god. This one kind of reads like a Fleetwood Mac novel or if A Star Is Born was a docuseries and that in itself should tell you this romance book is a must-read. Daisy Jones And The Six are an iconic band (albeit fictional), their sound, having defined an era, is nothing less than memorable, their trajectory bigger than life and their fall shocked the world. This is the kind of story you wish will never end.

When it comes to writing about modern romance—Jane Fallon is the GOAT. Worst Idea Ever will, ironically, be the best romance novel you read in 2021. The book follows the lives of Georgia and Lydia who are so damn close, they're practically separated at birth. Lydia starts an online business which doesn’t exactly take off and Georgia wants to help her out without making it super obvious—which means setting up a fake Twitter account to give her best mate some honest, anonymous moral support but pretending to be a potential customer. The stickler is that Lydia starts confiding in her new internet friend with secrets that could rip Georgia’s marriage apart.

Welcome to the laugh-out-loud, feel-good queer romance book with a paranormal twist. She may be a mouthful but Love Bites is a fantasy romance book you need in your life, stat. Two years after a painful divorce, Chloe is still struggling to leave the house, paralysed by her anxiety. She ends up being bullied into a night out by her charismatic aunt and ultimately finds herself in a goth club, entirely on her own, in a weird part of town.

It’s here that she meets Angela who is more or less the pinnacle of a perfect human being (smart, beautiful and one hell of a smile). There’s only one thing though—Angela can only come out at night, doesn’t feel the cold, doesn’t eat and just casually, doesn’t have a pulse. 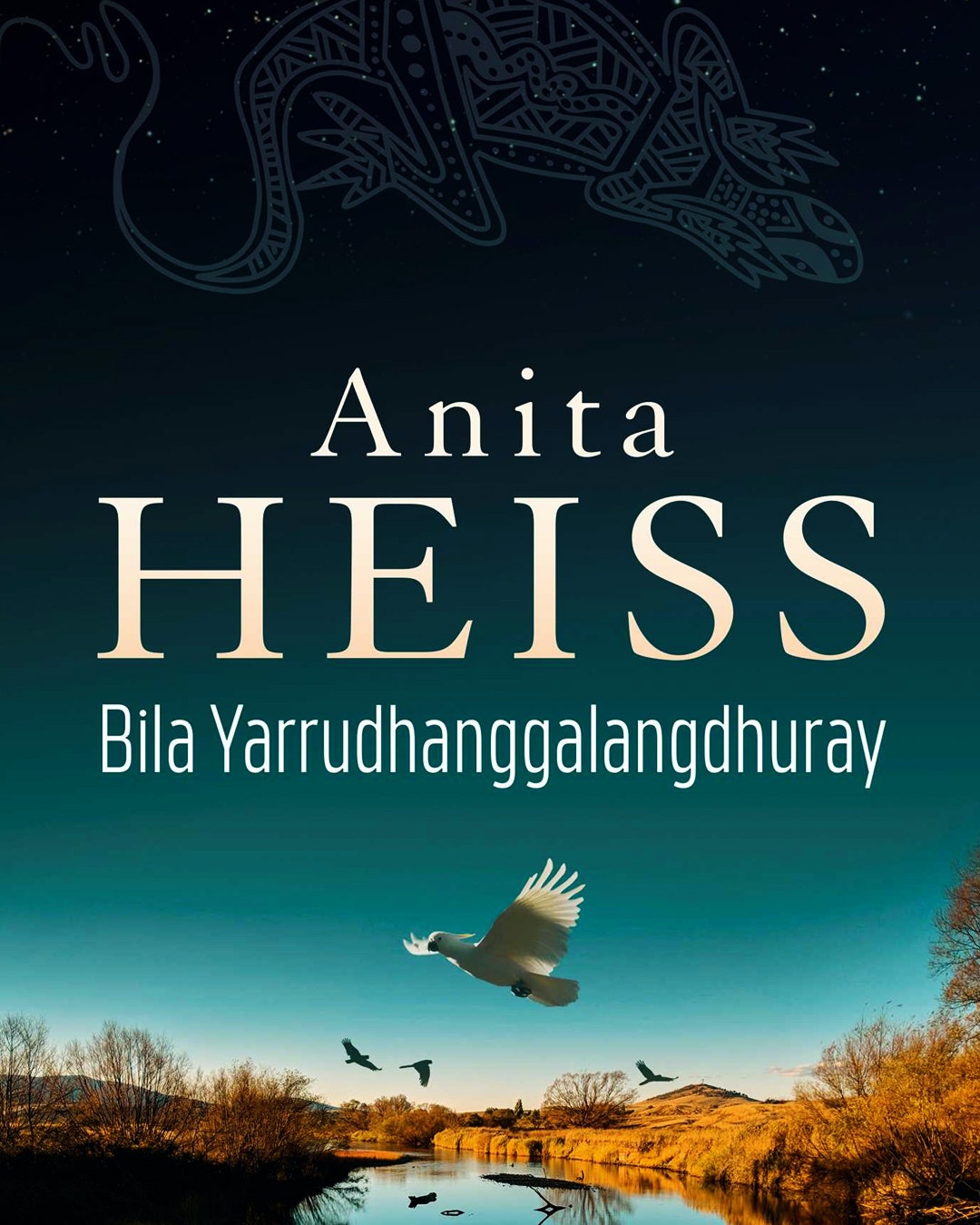 If you’re looking for 400 pages of absolute literary beauty, look no further than Anita Heiss’ epic romance book Bila Yarrudhanggalangdhuray. You already know Anita Heiss as the incredible author behind Growing Up Aboriginal In Australia which we hope you’ve already read by now (if not—head here to grab it), and her brand new novel is nothing short of the former’s glory. While Bila Yarrudhanggalangdhuray oozes love and belonging, it’s also based on devastating true events of loss from the Murrumbidgee River floods.

Wagadhaany is one of the lucky ones who survive but she’s forced to move away from her miyagan (a Wiradjuri word for ‘family’). When she meets Wiradyuri stockman Yindyamarra, she gets some sense of healing but ultimately, she longs to find her lost family and country.

Everybody knows there nothing more beautiful than romance forged in a modern-day book club. Jordan Collins is head of a romance book club (which is so very fitting) but he fears the club is slowly losing its momentum. Then along comes Rex who, by no mere coincidence, is both frustratingly obnoxious and breathtakingly handsome. As Jordan and Rex team up to bring the club back from the ashes, Jordan starts getting all up in his own feelings (Drake-style) and realises Rex probably isn’t as obnoxious as he first thought. Meet Cute Club is the perfect weekend read. If you're looking for a steamy romance novel to knock your socks off, this is it.

When Nishat comes out to her parents, they basically say she can be anyone she wants. Anyone she wants…. So long as she isn’t really her true self. Because “Muslim girls aren’t lesbians”. Nishat obviously doesn’t want to hide who she is, but she also doesn’t want to lose her relationship with her family and this mission is only made that much harder once her childhood best friend comes back into her life.

Flávia is beautiful and charismatic and naturally, Nishat falls for her instantly. But when a school competition invites students to create their own businesses, both Flávia and Nishat choose to do henna, even though Flávia is appropriating Nishat’s culture. Amidst sabotage and school stress, their lives get more tangled—but Nishat can’t quite get rid of her crush on Flávia. You'll want to make sure you grab The Henna Wars for your next weekend away and you already know it's going to be one of the best romance books of all time.

You Exist Too Much 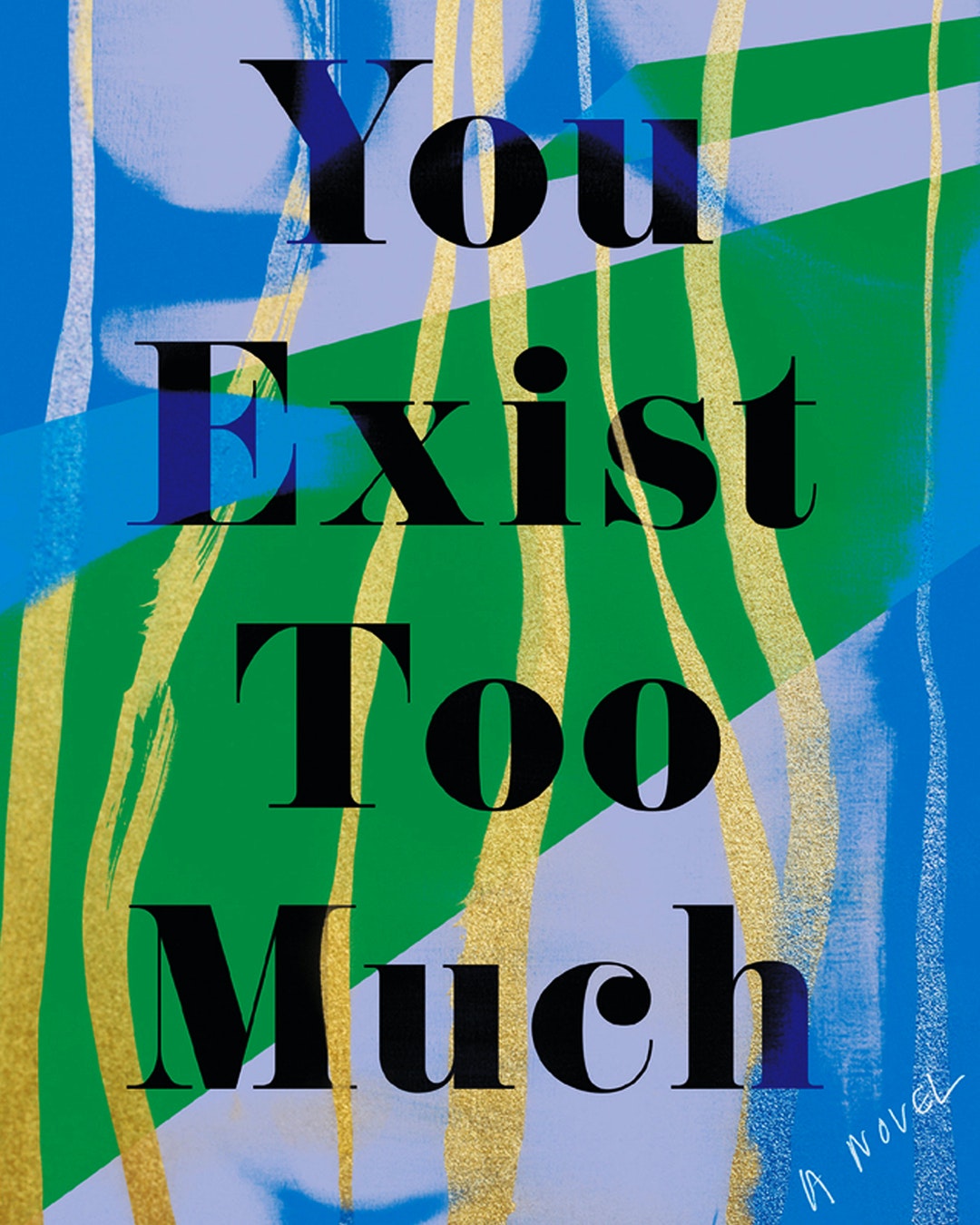 Strap yourself in for what we’re calling will be the romance read of the year. On a hot day in Bethlehem, a 12-year-old Palestinian-American girl is yelled at by a group of men outside the Church of the Nativity for exposing her legs in a biblical city, an act they deem forbidden, and their judgement will echo on through her adolescence. When the girl finally admits to her mum that she’s queer, her mum’s only response is — "You exist too much”.

Told in vignettes that flash between the US and the Middle East, Zaina Arafat's debut passionate romance novel traces this girl’s journey from timid teen to sought-after DJ and aspiring writer. In Brooklyn, she moves into an apartment with her first serious girlfriend and tries to content herself with their comfortable relationship. But soon her desires, which she suppressed during her teen years, explode out into reckless romantic encounters and obsessions with other people. We love it, you’ll love it and you’re welcome in advance.

The Happy Ever After Playlist

For the people out there ready to dive into an epic rom-com, feast your eyes on The Happily Ever After Playlist. And spoiler alert — there’s a dog involved. Two years after losing her fiancé, Sloan Monroe still can't seem to get her life back. Long story short, she “finds” a stray pup which essentially changes her outlook on life for the better. After weeks of unanswered texts, the dog’s owner reaches out.

He's a musician on tour in Australia. And bottom line: He wants Tucker back. And, unsurprisingly, Sloan’s not crash hot on the idea of giving Tucker back. Their flirt texts turn into long calls and the connection is only too real but the big question is whether this Jason guy will actually stick around or not.

If I Was Your Girl

Amanda Hardy is the new girl in school. Like anyone else, all she wants is to make friends and fit in. But Amanda is keeping a secret, and she's determined not to get too close to anyone. But when she meets sweet, easygoing Grant, Amanda can't help but start to let him into her life. As they spend more time together, she realizes just how much she is losing by guarding herself. She finds herself yearning to share with Grant everything about herself, including her past. But Amanda's terrified that once she tells him the truth, he won't be able to see past it. Because the secret that Amanda's been keeping? It's that at her old school, she used to be Andrew.

Call Me By Your Name 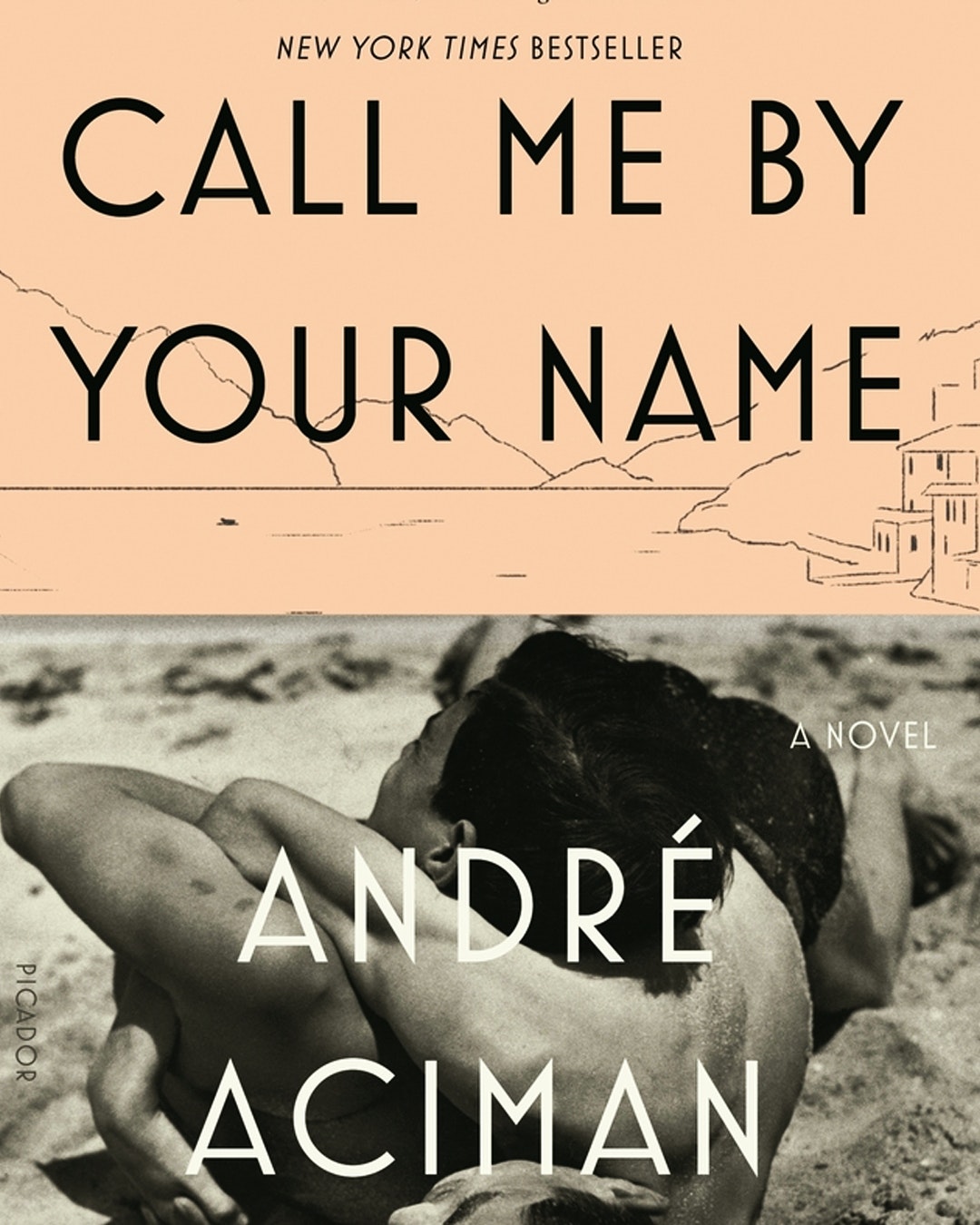 We dare you to try and tell us that this isn't one of the best romance books of all time. Spare us the collective groan, you knew this book would be in here and we guarantee most of you have made the time to watch and love the movie but not set aside some time for this poignant novel. Well, consider this your gentle reminder. Call Me By Your Name is the pinnacle of the summer romance book you have to read at least once in your life. A story of sudden and powerful romance, this guy tells the tale of 17-year-old Elio and his father's house guest Oliver during a restless summer on the Italian Riviera. There’s an electric charge between the two for a whole six weeks and this coming-of-age meets romance novel will absolutely go down as one of the best you’ve ever read.

The best part about reading this book after Normal People was adapted into a TV show is that you now get the absolute pleasure of picturing Paul Mescal as Connell Waldron. What a treat. Normal People is a story of mutual fascination, friendship and love and is a modern portrayal of ye olde “girl-meets-boy” story and it checks in as one of the best romance books for adults in the 21st Century.

It follows the overlapping lives of Connell and Marianne who grew up in the same small town in the west of Ireland. In school, Connell is popular and well-liked, while Marianne is a loner. But when the two strikes up a conversation, their impact on each other’s lives intensifies forever.

Want something a touch darker? Check out the best horror books you should have read by now.