Onehunga | The Best Restaurants, Cafes, Bars And Things To Do In This Rad Auckland Suburb

It's official—Onehunga is one of Auckland's most hip albeit underrated suburbs. Studded with historic buildings and delightful villas, this charming neighbourhood has really amped things up in recent years on the eating-out front, with a host of top-notch bars, restaurants and cafés coming to the fore. From pretty cocktails to Detroit-style pizza, it's a bonafide foodie destination.

Add to that some sweet attractions you won't find anywhere else in Auckland (Dress Smart and Rixen NZ, aka the city's only cable wakeboarding park), there's certainly no shortage of things to do. So here it is—your guide to all the best things to eat, drink and do in Onehunga. 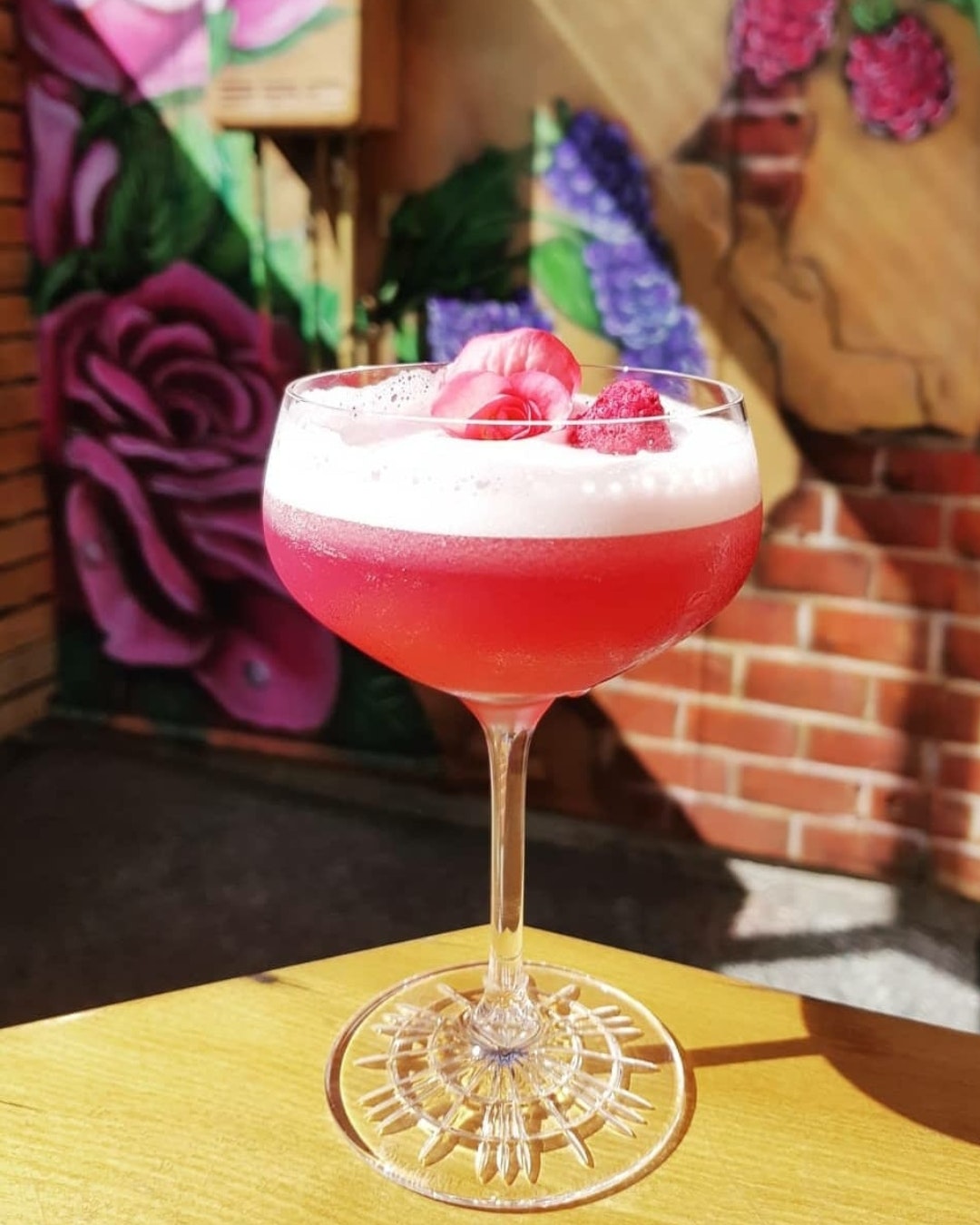 Ask Onehunga residents where they like to drink, and chances are they'll say The Bramble. This cute bar located on the outside of Onehunga Mall has been socially lubricating the locals for nearly 15 years, and it's easy to see why. Their cocktails are particularly outstanding and have been known to include everything from raisin-infused rum and crushed Oreos, to salted caramel vodka and miniature pavs. Definitely one for the 'gram.

You need only look at how busy Japanese Sashimi Bar Ajimi is, to gauge the quality of their food. That said, pull up a pew (or in this case, a crate) and settle in for a feast of traditional Izakaya treats. Naturally, there's plenty of mouthwatering sashimi for you to get amongst, but don't stop there—there's dumplings, sushi, fried chicken, and matcha ice cream for afters. Of course, it'd be rude not to also indulge in some sake, or at the very least a glass of Sapporo beer. 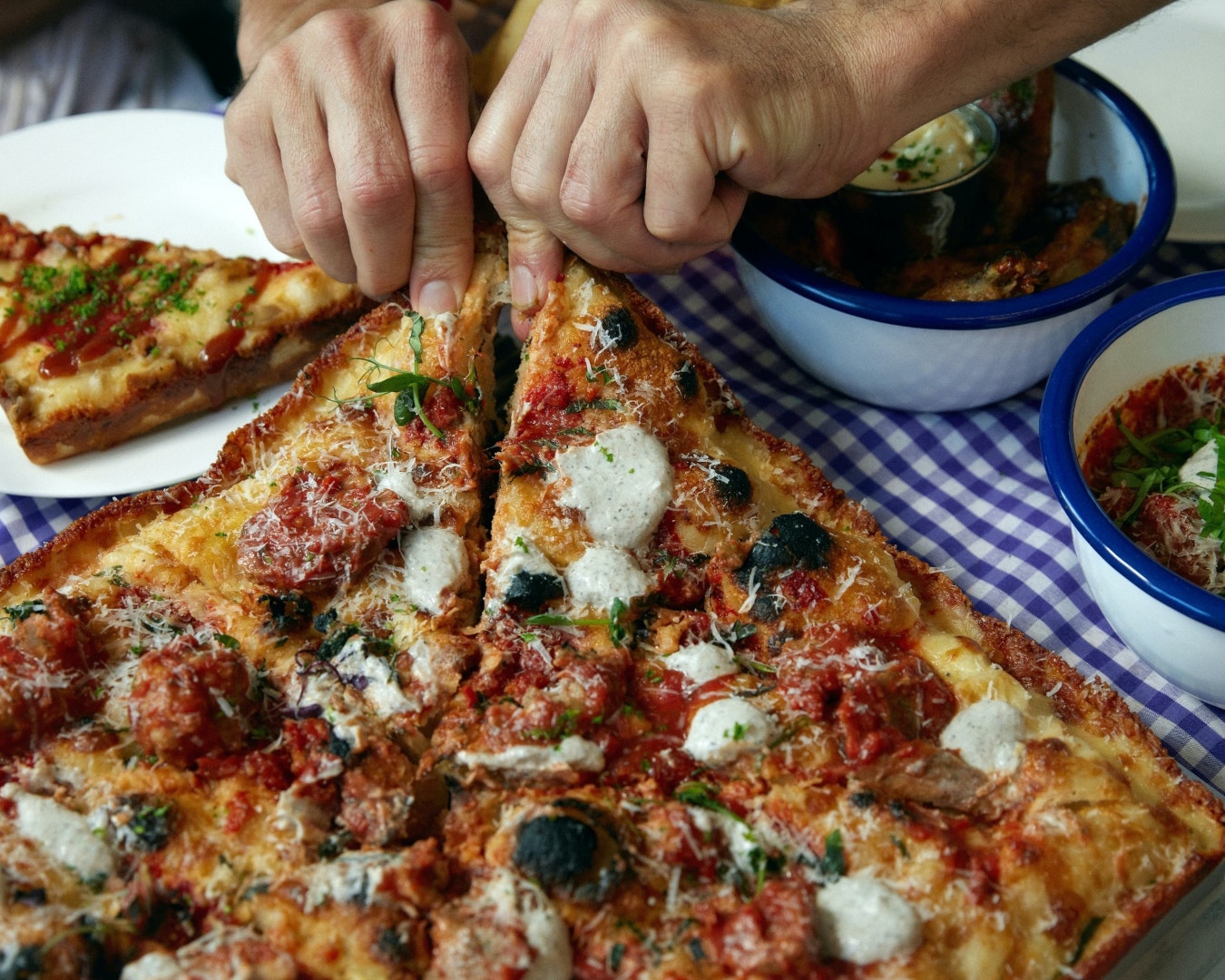 Do your tastebuds a favour and pay a visit Slabs Pizza, where square Detroit-style pizzas, cooked in traditional blue-steel pans to create a signature caramelised cheese crust, are the name of the game. These bad boys are available by the slice or slab in a range of mouthwatering flavours, including our personal fave—the Italian sausage (a drool-worthy combo of cheese, broccolini, red pesto and Italian sausage). And as if that wasn't enough, you can even get dipping sauce for your crust, along with meatballs and chicken wings for sides. Hells yeah.

With multiple sites across the city, Brothers Juke Joint BBQ is always a solid pick and their Onehunga location is no exception. Sitting pretty inside the historic Onehunga Post Office, we recommend hitting up their sunny courtyard and ordering a shared spread of hush puppies, pork belly bites and tater tot poutine, washed down with one of their 18 on-tap beers. 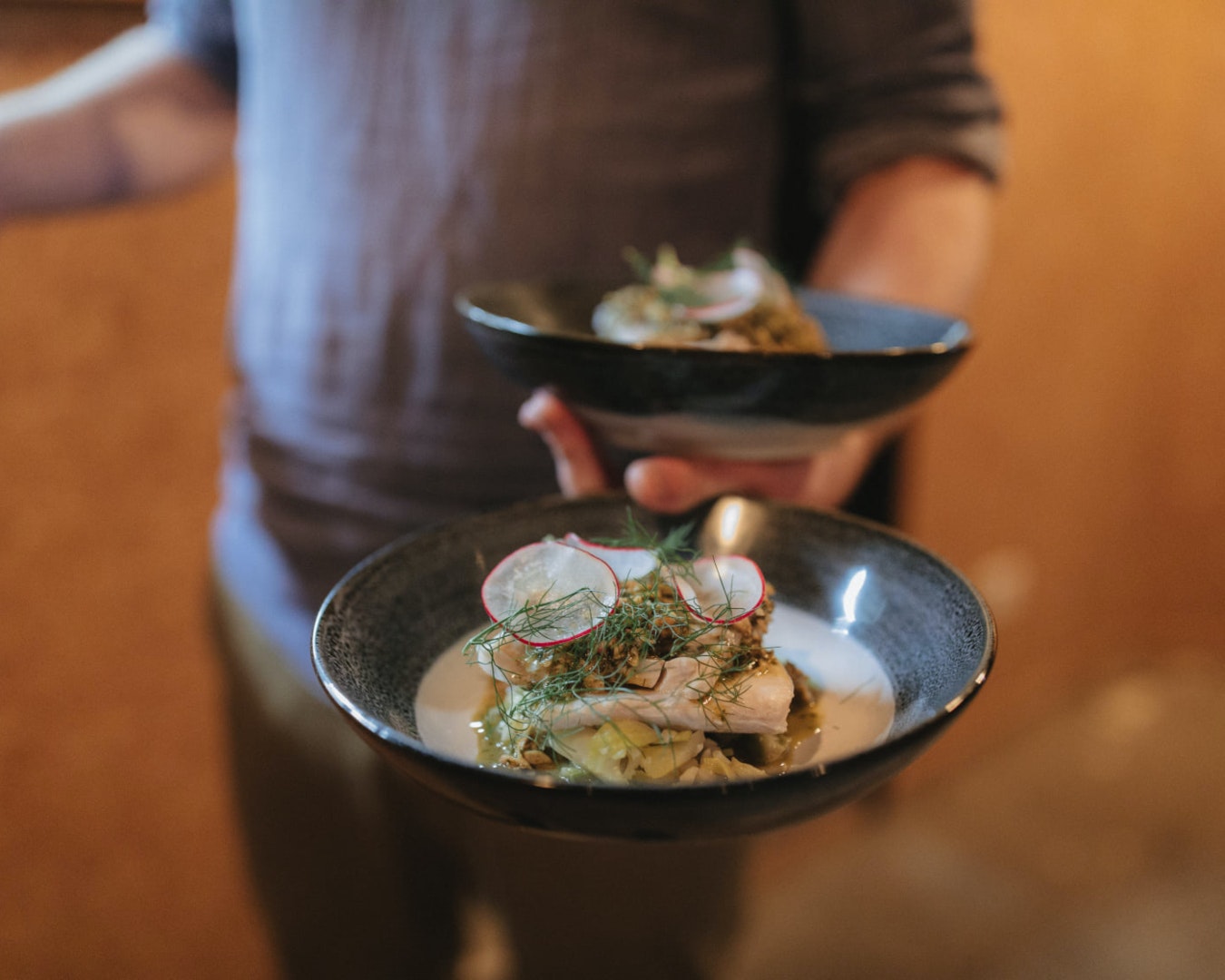 We have a whole lotta love for Everybody Eats. This pay-as-you-feel eatery—which also has a branch in Wellington, and runs regular pop-ups—is all about making delish, restaurant-quality food out of ingredients that would otherwise go to waste and the best part is, everyone is welcome. We love seeing what clever creations the chefs come up with, with a different three-course menu, including vegetarian options, announced each day (anyone for a crispy hoki, gribiche, American cheese and dill sando with fried potatoes, followed by chocolate and coconut snowballs with rice puffs?).

Onehunga residents, you're a lucky bunch to have a spot like Lunch Room in your midst. Despite the name, this one is far from your average lunch bar and is knocking it outta the park with next-level doughnuts, sammies, cakes—and some of Auckland's best pies, including a best-selling corned beef and silverbeet number. 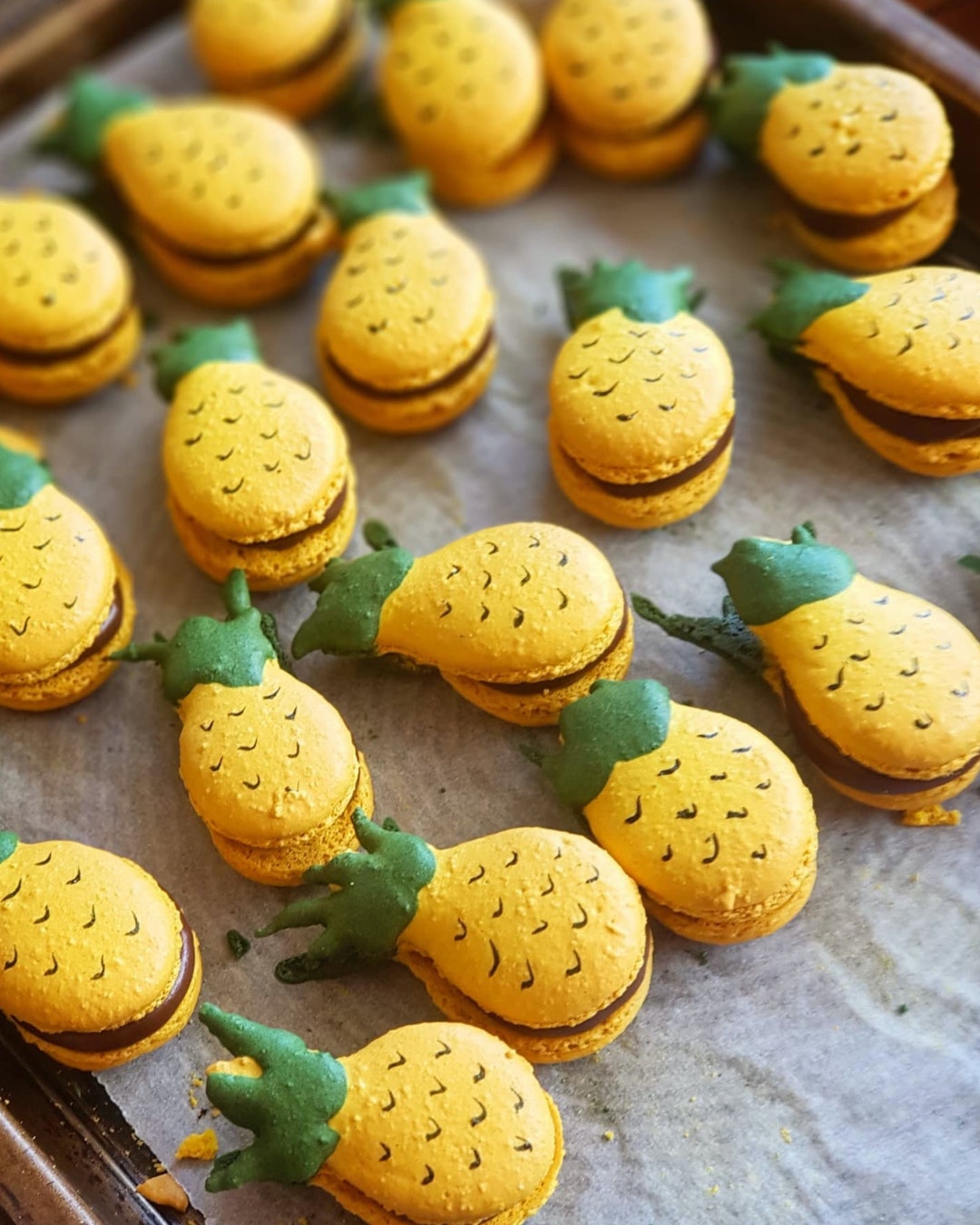 For Onehunga's best sweet treats, there's only one place you need to know about, and that's Sweet & Me. This epic cakery serves all sorts of sugary magic, inspired by owner and head cake-maker, Bertrand Jang's South Pacific upbringing. Think pineapple pie cake, cocoa-flavoured bread and butter pudding, coconut buns, and traditional masi macarons, decorated with patterns unique to Bertrand's father's village in Fiji. They also make some rather epic custom cakes, should you have a special occasion coming up.

Lay the best possible foundation for your day with breakfast at Brick by Brick Cafe. These guys offer a solid cup of coffee, along with dishes like quinoa and oats granola, savoury chicken waffles, and sweet brioche toast. And if you're not exactly the early-riser type, check out their lunch menu inspired by the owner's Japanese heritage (chicken katsu, here we come). 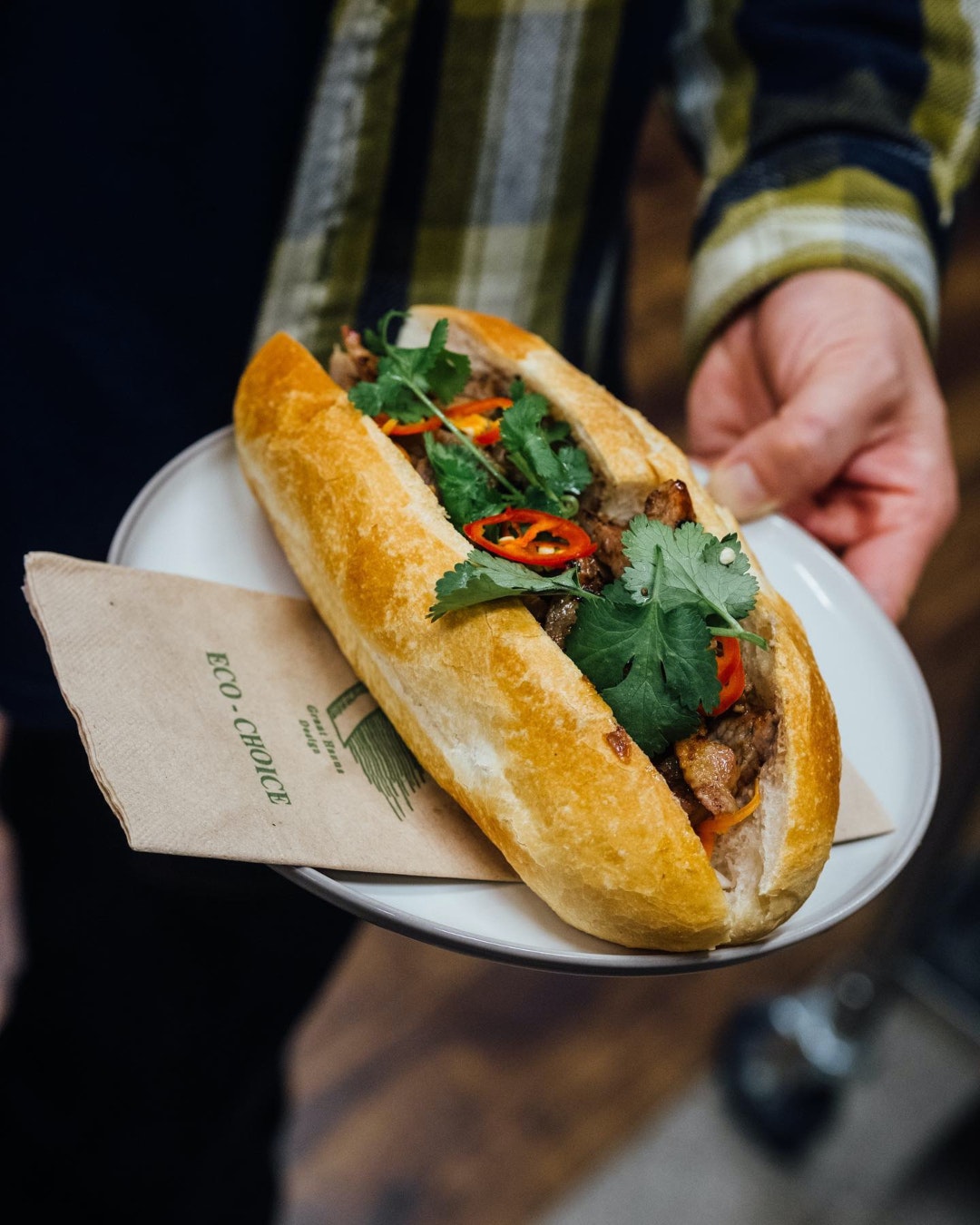 Much-loved bakery and café, Mr T's merges classic treats with Vietnamese-style dishes and is especially loved for its mouthwatering pies. Yip, we'll be damned if there's anything better than tucking into one of their perfectly bronzed, piping hot steak and cheese numbers on a cold winter's day but failing that, we'll settle for one of their bánh mì, or a big ol' bowl of bún nem nướng (aka homemade pork and prawn meatballs on vermicelli noodles). P.S. Their sourdough is world famous in Onehunga.

Run by a former Hilton chef, food me-n-u is another solid pick. Their breakfasts are particularly noteworthy and include buttermilk pancakes with praline butter, maple cream and raspberry crumb, and one hell of a take on bubble and squeak (read: Spanish chorizo, potatoes, honey-cured bacon, sauteed onion and wilted rocket served with a poached egg and sourdough). Special shout-out to the milkshakes—the peanut butter brownie is tops. 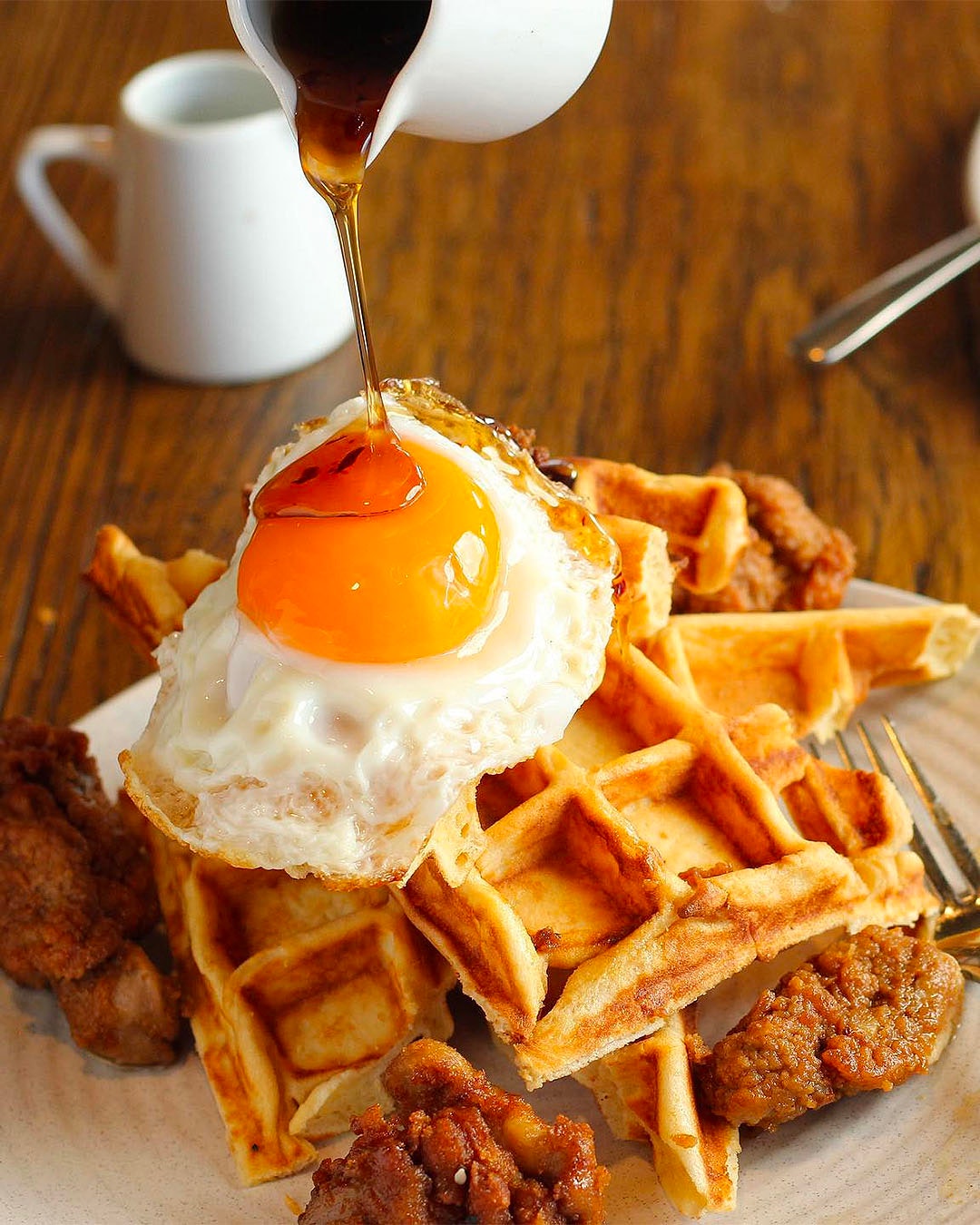 Cajun chicken tacos? Check. Apple crumble waffles? Check. Sharing platter with fried chicken, pork belly, calamari, fries, polenta chips and slaw? CHECK. Yup, Onehunga Cafe certainly knows how to make our mouths water, and not just us—they have a solid local following, too. You should also know that they have a great line-up of vegan dishes, which you can wash down with Flight coffee or even a cheeky cocktail.

iTi Espresso Bar reckon they serve the best coffee in Onehunga, and we can't say we disagree. Visit their cute lil' spot on Trafalgar Street for a quality brew made with Eighthirty coffee, along with home-baked treats in the form of muffins, pastries, and scones to rival your Nana's. 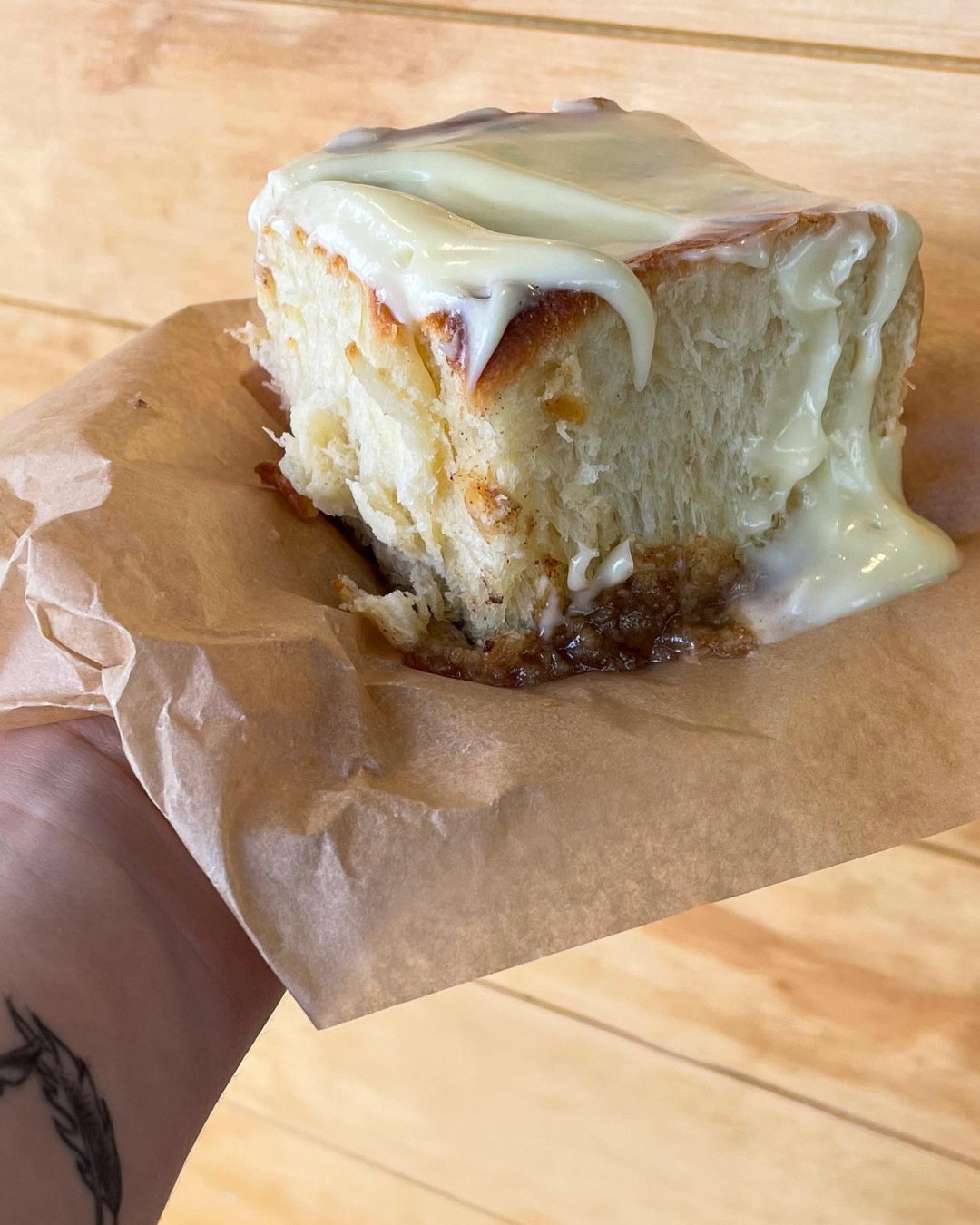 Lot Nineteen first came to our attention for their cinnamon rolls, which have been declared the tastiest in the land by many a cinny fan. Gloriously fluffy and slathered in glossy frosting, we wish we could smoosh our faces with one of these every day (sadly, they are only available Wednesday through Saturday). Furthermore, Biscoff and cookies-and-cream versions have been known to make the menu (gasp), while an assortment of other treats—think brownies, pepperoni rolls, and almond and raspberry croissants—and of course, coffee, are also available from this itsy bitsy trailer on Church Street.

And finally, no round-up of Onehunga would be complete without mentioning Good Dog Bad Dog. Home to what are best described as 'hotdogs on steroids', these guys specialise in ridiculously delicious snags dripping in mac 'n' cheese, chilli and more. And if dogs ain't your thing, don't stress—they've got fried chicken hoagies, Philly cheesesteak sandwiches and deep-fried Oreos, too. 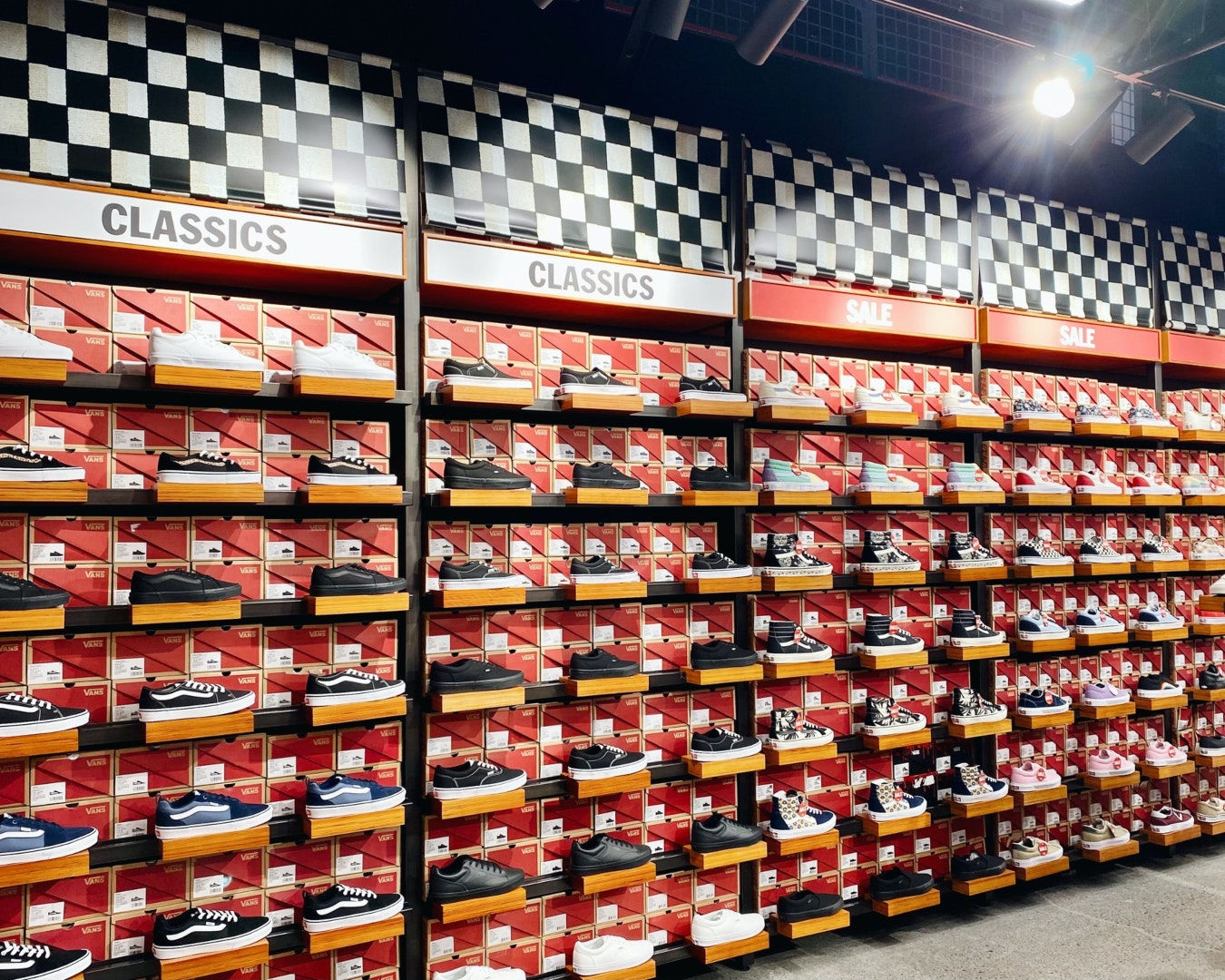 Bag yourself a bargain at Dress Smart, New Zealand's largest outlet shopping destination. Take your pick of more than 100 local and international brands including Bonds, Decjuba, Converse, Levi's, Country Road and Puma, as well as New Zealand's first-ever Vans outlet (a recent addition). Plus, they have some solid food options to refuel with while you're there—our money's on dumplings from The Rolling Pin.

Onehunga is also home to one of Auckland's best mini golf courses—Enchanted Forest Mini Golf. Putt your stuff around 18 holes of fantastically-themed golfing goodness including Troll's Plateau and the Totem of Destiny, located within an ethereal, garden setting. And because the course has been designed by legit golfers, you know it's gonna be good. Celebrate your victory (because of course, you're gonna win) with a feast prepared on one of their handy onsite BBQs. 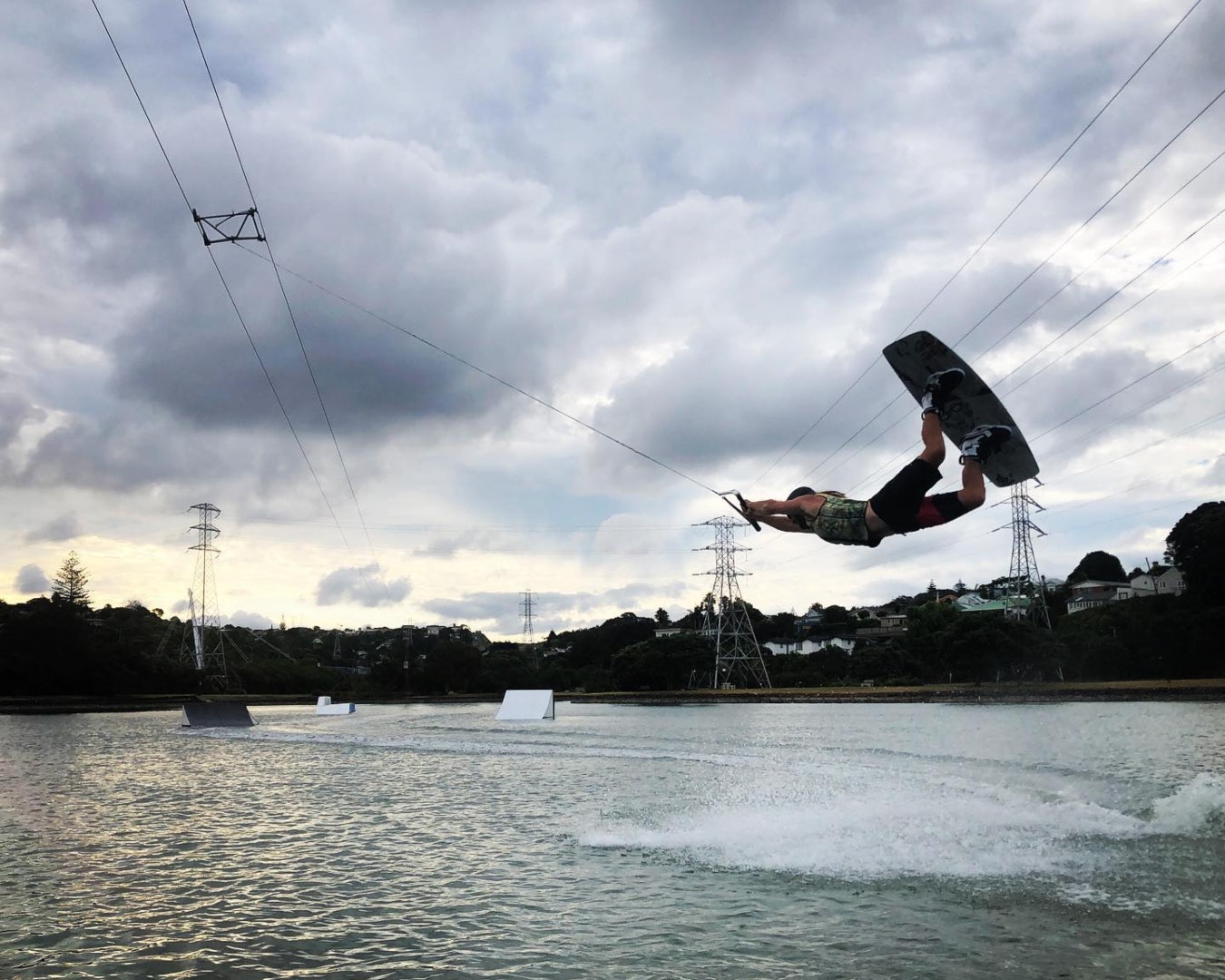 Water-baby types will love Rixen NZ, aka Auckland's only cable wakeboarding park. First created in 1961 (with more than 450 parks spawned hereafter), the revolutionary Rixen cable wakeboarding system is suitable for anyone and everyone looking for a lil' action on the waves and this offering at Onehunga Bay Lagoon comes highly recommended. If catching air isn't quite your thing, don't worry—they also have kayaks and SUP boards for rent.

Onehunga Bay Reserve is a treat for all (and by all, we mean dogs too). The council has been hard at work over these ways in recent years—a $30 million development was completed at the end of 2015, creating 6.8 hectares of parkland between State Highway 20 and the Manukau Harbour. The area has it all: beaches, a boat ramp, playground, pedestrian bridges, a skate ramp and the lagoon mentioned above, which we're told is home to a family of friendly stingrays.

Wanna know what's good north of the bridge? Check out the best things to eat, drink and do in Devonport.