Considering how close Fiji is, it’s pretty shocking how many Aussies and Kiwis fail to get there in their lifetimes; especially considering the turquoise blue water, white sandy beaches and spectacular sunsets.

You’d be forgiven for assuming Fiji is full of honeymooners, but there’s so much more to this 320 island-strong archipelago than couples resorts. Think world-class snorkelling, diving and surfing, rugged landscapes ripe for exploring, waterfalls and natural springs and let’s not forget the food.

Here are the best things to do in Fiji.

Bask On The Beaches

It’s possible that the best thing to do in Fiji is to do nothing at all. Fiji’s beaches are up there with the best in the world, so pack your towel and a good book and spend the day going back and forth between the ocean and your sun lounger. You can’t go too wrong wherever you are, but our favourite beaches for swimming and relaxing are around the Yasawa Islands. Mantaray Island (one of the Yasawa Islands) offers the added benefit of swimming with manta rays if you’re there between May and October (though they’re sometimes out as early as April and until November). Natadola Beach on Viti Levu is also a winner. 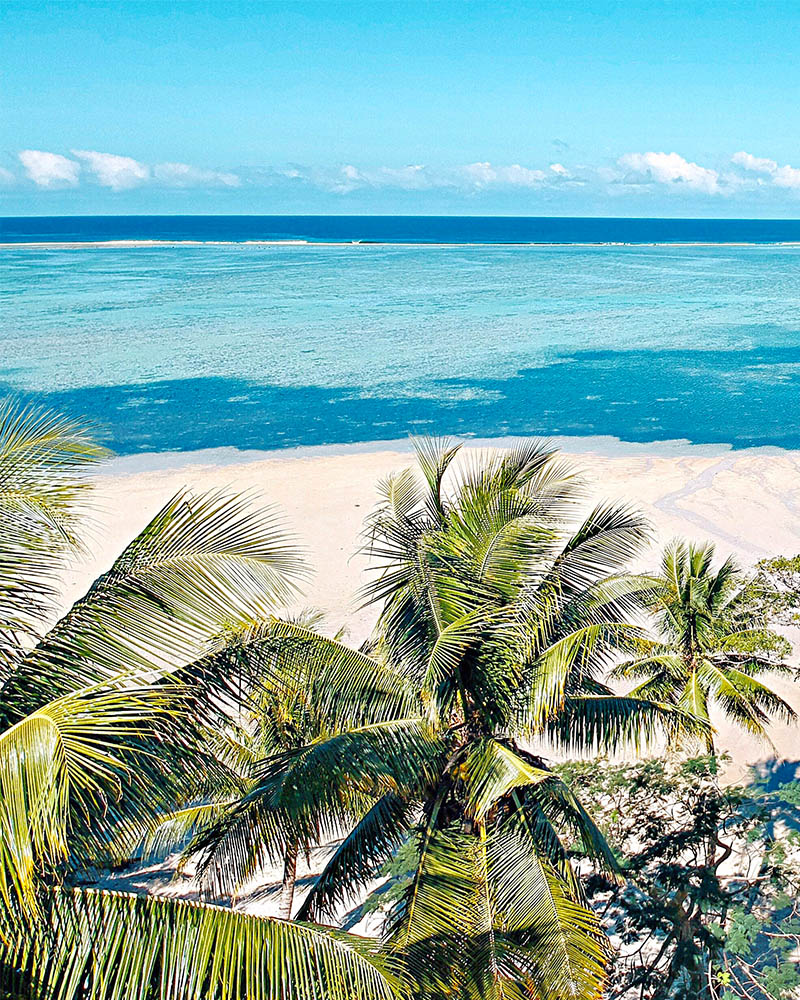 Discover The Under Water World

If diving or snorkelling is your jam, you’re in luck. There are so many places to explore the underwater world of Fiji but the Coral Coast—also known as the adventure capital of Fiji—and Monoruki are two of the best for snorkelling. Taveuni’s Great White Wall is one of the best diving spots and, if you’re after an adrenaline rush, you can head to Beqa Lagoon (on the Coral Coast) to feed the sharks. The Great Astrolabe Reef off Kadavu Island is also a diving and snorkelling hot spot. 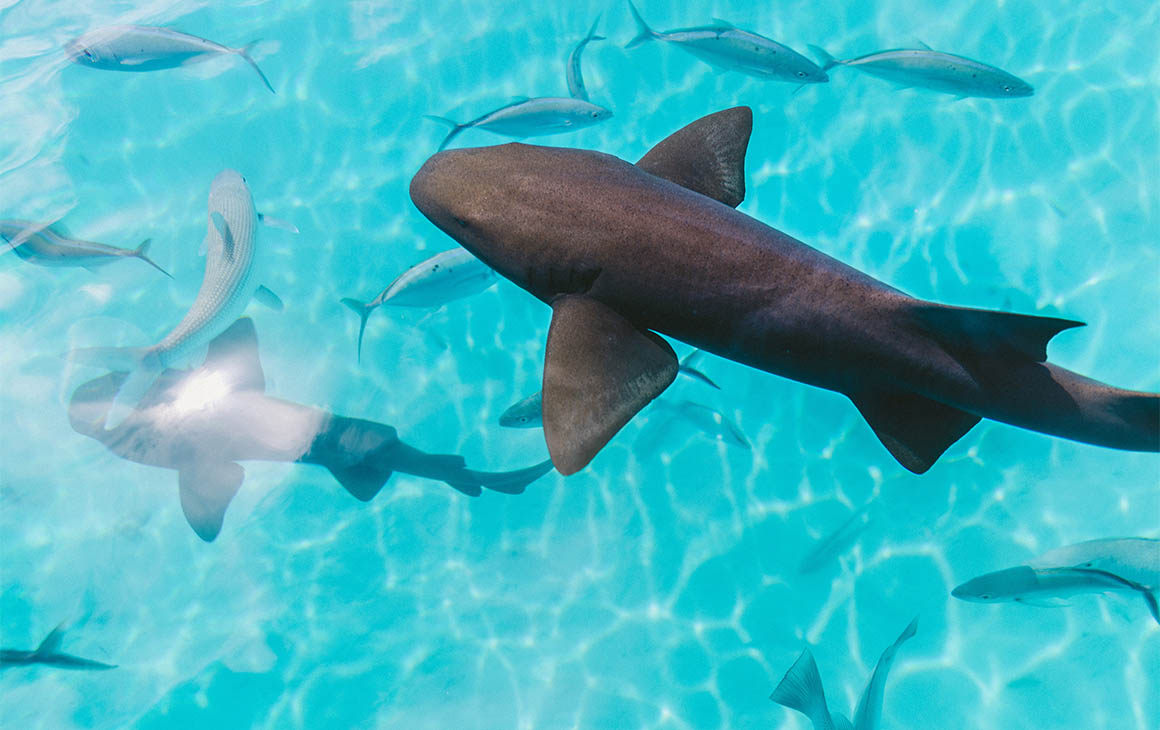 Taveuni has been dubbed Fiji’s Garden of Eden and it’s not hard to see why. A third of the island is covered by Bouma National Heritage Park, a lush rainforest which is home to more hiking trails than one holidaymaker could ever need, incredible waterfalls and some epic flora and fauna. Tick the Lavena Coastal Walk—which begins on a secluded beach and ends under a waterfall—off your bucket list and thank us later. If you want to get off dry land, Taveuni is also home to world class diving sites like the Great White Wall on the Rainbow Reef.

Experienced surfers probably already know that Fiji is home to Cloudbreak on Namotu Island; one of the most challenging left hand reef breaks in the world. If you’re not quite ready to tackle that, Swimming Pools—also on Namotu Island—or Tavarua Rights on nearby Tavarua Island are for you.  Swimming Pools also makes for a great SUP session, but keep in mind you can SUP almost anywhere in Fiji. 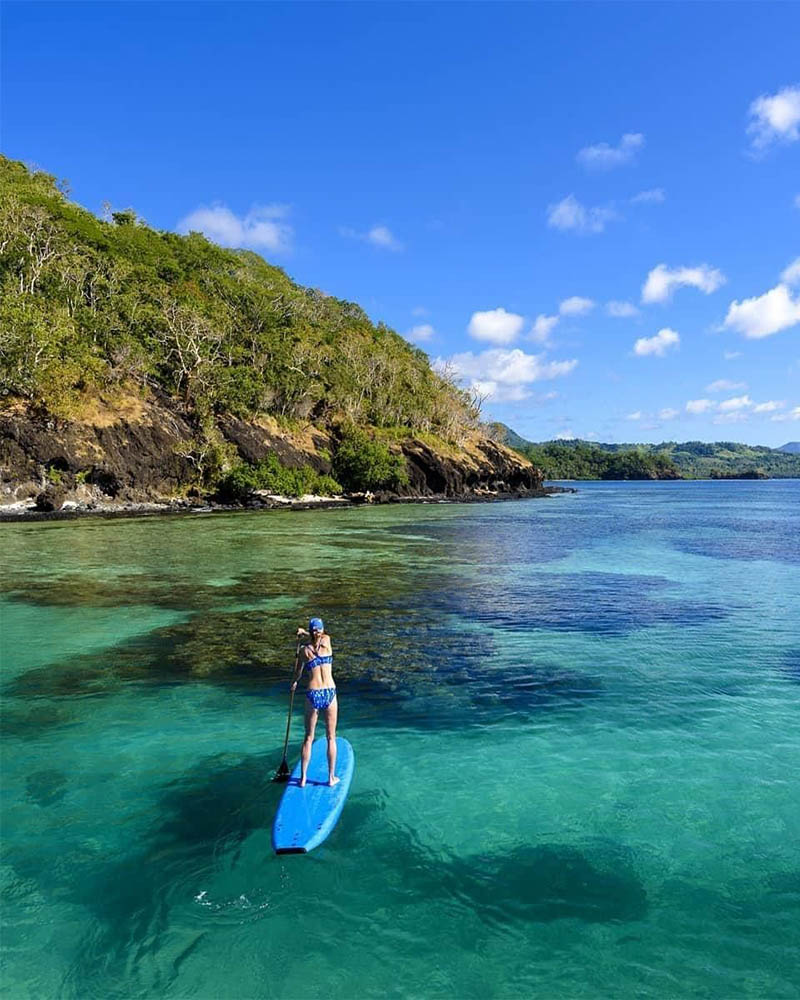 While it’s got nothing on cava, you can’t go to Fiji and miss out on a kava ceremony. Kava is a native plant and the drink—which is made from the plant’s roots—has a mild sedative effect, just in case you weren’t already relaxed enough. The best place to experience a kava ceremony is in one of the small villages. You’ll sit in a circle on the floor as the village chief mixes the powder with water. When it’s ready to drink it will be poured into a bilo—a coconut shell bowl—and handed to the guests. Now for the fun part. Before accepting the bowl, you should clap once, then take the bowl, drink it in one mouthful, then clap again and say bula (the literal translation of bula is life, but it’s used by the Fijians in a variety of ways). As you hand the bowl back, clap three times and everyone should join in. 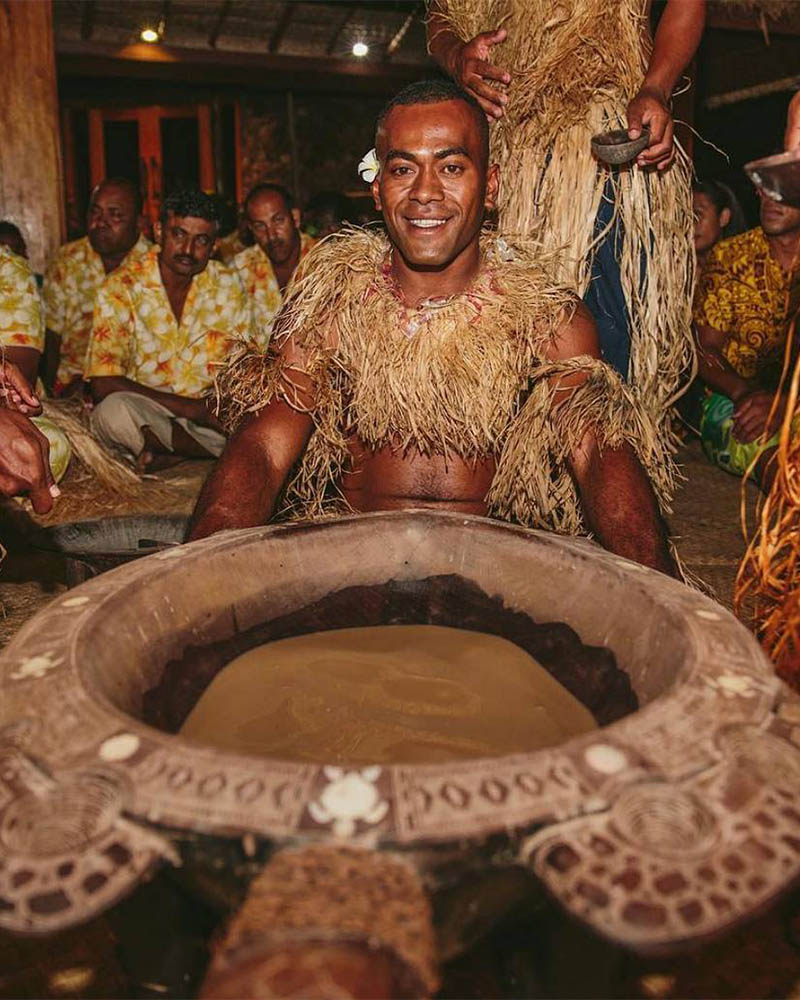 Lovo refers both to the method of cooking and the meal itself, and you’ll want to add this to the top of your Fiji bucket list. Similar to the Maori hangi or the Samoan umu, it’s basically old school slow cooking. Marinated meats, fish, vegetables and palusami (stuffed taro leaves) are wrapped in foil and placed over hot coals in the ground, then covered with banana leaves and hot rocks. The best place to try it is in one of the villages, but you’ll find it on menus all over.

Take To The Sky

A helicopter tour might not be cheap, but experiencing Fiji from above is pretty spectacular. Scenic flights range from 10 minutes to an hour, or you can go all out and book in a day trip which will have you transported to a luxury island via helicopter, a full day of relaxing and eating, finished off with a scenic ride home. 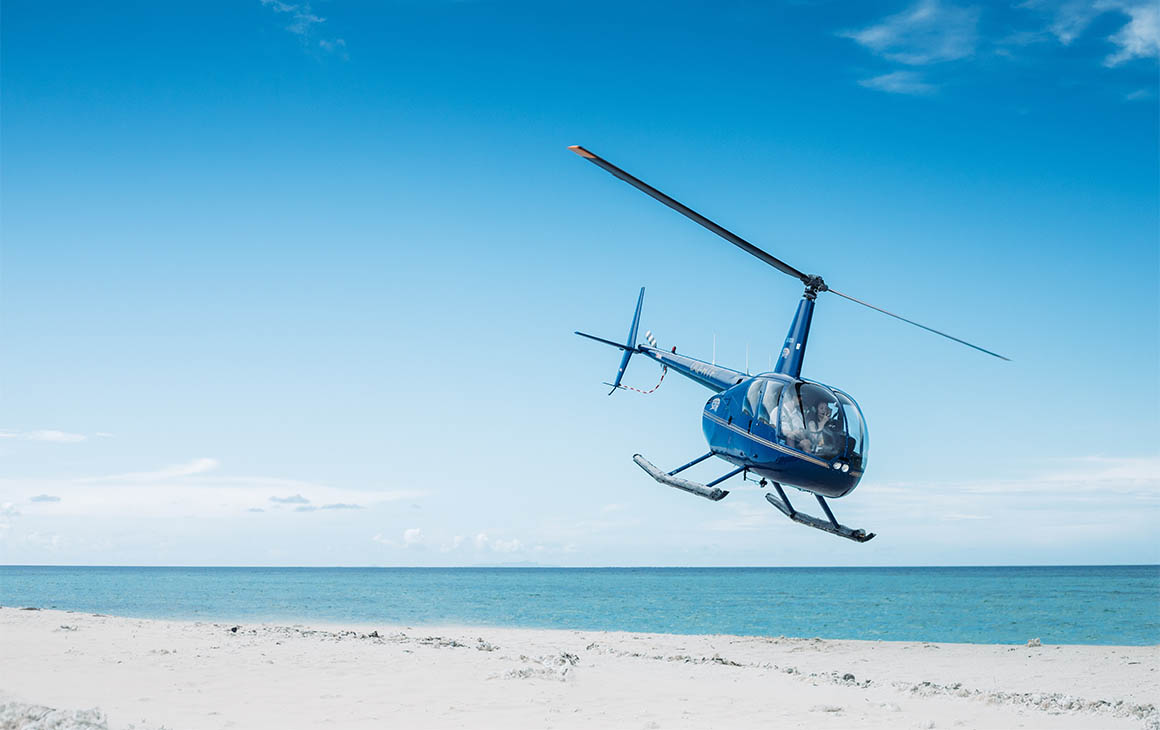 Unwind With A Banana Leaf Massage

If you’re a massage junkie, you’ll definitely want to try the banana leaf massage while in Fiji. You will quite literally be wrapped up in banana leaves and coated in a brown sugar and coconut oil concoction before being massaged from head to toe. It sounds strange, but it’s surprisingly relaxing. Fijian spas are well known for these, so you should be able to get one wherever you are, but the Rainforest Spa at Koro Sun Resort (on Vanua Levo) is widely regarded as the best, maybe because they let you pick your own banana leaves.

Give Yourself A Mud Bath

If your budget doesn’t allow for banana leaf massages, head to the Sabeto Hot Springs near Nadi and cover yourself in warm mud which is said to be naturally beautifying. Once you’re done in the mud baths, you’ll go through three pools, getting cooler each time, to wash off the mud and cool you down. You can finish with a boom boom massage to really up the relaxation levels. 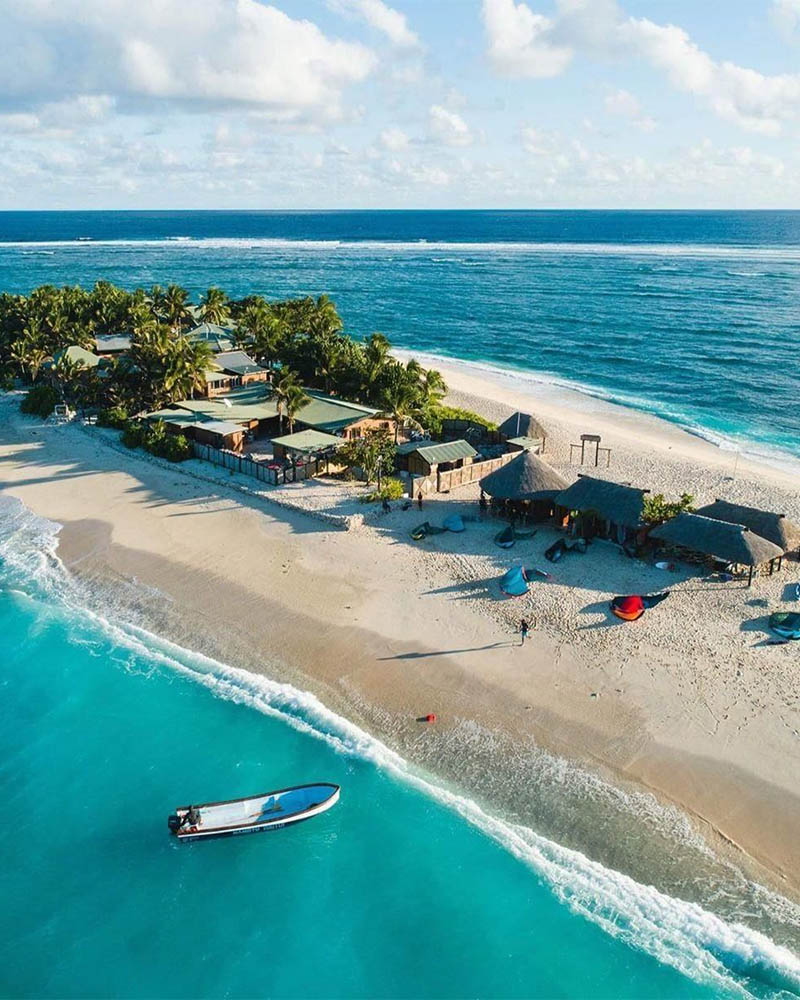 When there are 320 islands to explore, it would be silly to spend all your time on just one. Get yourself a Bula Pass which gives you access to 27 islands in the Mamanucas and Yasawas. It lasts between five and 13 days, but just keep in mind you still need to book in advance even if you have the pass. You’ll also need to have accommodation booked on each island before you go, or you can just get the Awesome Pass which sorts all of that out for you.

Hooked on hopping? Check out these seven under the radar Greek Islands you'll want to check out on your next holiday.