Reservations Are Now Open For The Stunning Ace Hotel Sydney

It’s been a long time coming, but Ace Hotel is finally launching in Australia—with Sydney as its first Aussie home.

Slated to open in early 2022, Ace Hotel Sydney will be the first Ace in the Southern Hemisphere. Taking over the iconic Tyne Building on Wentworth Avenue in Surry Hills, which is owned by Golden Age Group, Ace Sydney will feature 264 rooms, a gym, a restaurant and cafe, a lobby bar, and, of course, a rooftop bar and restaurant.

If you’re into boutique hotels, you’ll be familiar with the very cool Ace Hotel chain. Kicked off in Seattle in 1999 by the late hotelier Alex Calderwood, Ace Hotel changed the game for luxury hotels—it was less Four Seasons, Hilton, and Marriot, and more like hanging out in a rockstar’s tricked out warehouse apartment. At Ace, rooms feature record players and vintage furniture, local artists’ murals, and a mini-bar packed with local snacks and explorer necessities (like two-minute noodles for that hungry-but-don’t-want-to-spoil-dinner vibe you get after exploring a city all day).

Without forgoing luxury, Ace has a solid rep for upping the ante on culture—drawing the essence of the thumping city it calls home inwards. Each location has a calendar packed with parties and events. Ace Hotel Palm Springs features a swim club and plays host to Coachella parties each April. Back in the day, the New York outpost featured its own Opening Ceremony store, and Downtown LA currently features a huge 1600-seat gothic-style theatre.

And it looks like Ace Hotel Sydney will live up to its international counterparts. Today, we've been given a first look at the interiors of the new hotel. Designed in partnership with Melbourne-based Flack Studio, Ace Sydney reflects Surry Hills' storied past and its many evolutions with a cinematic colour palette. 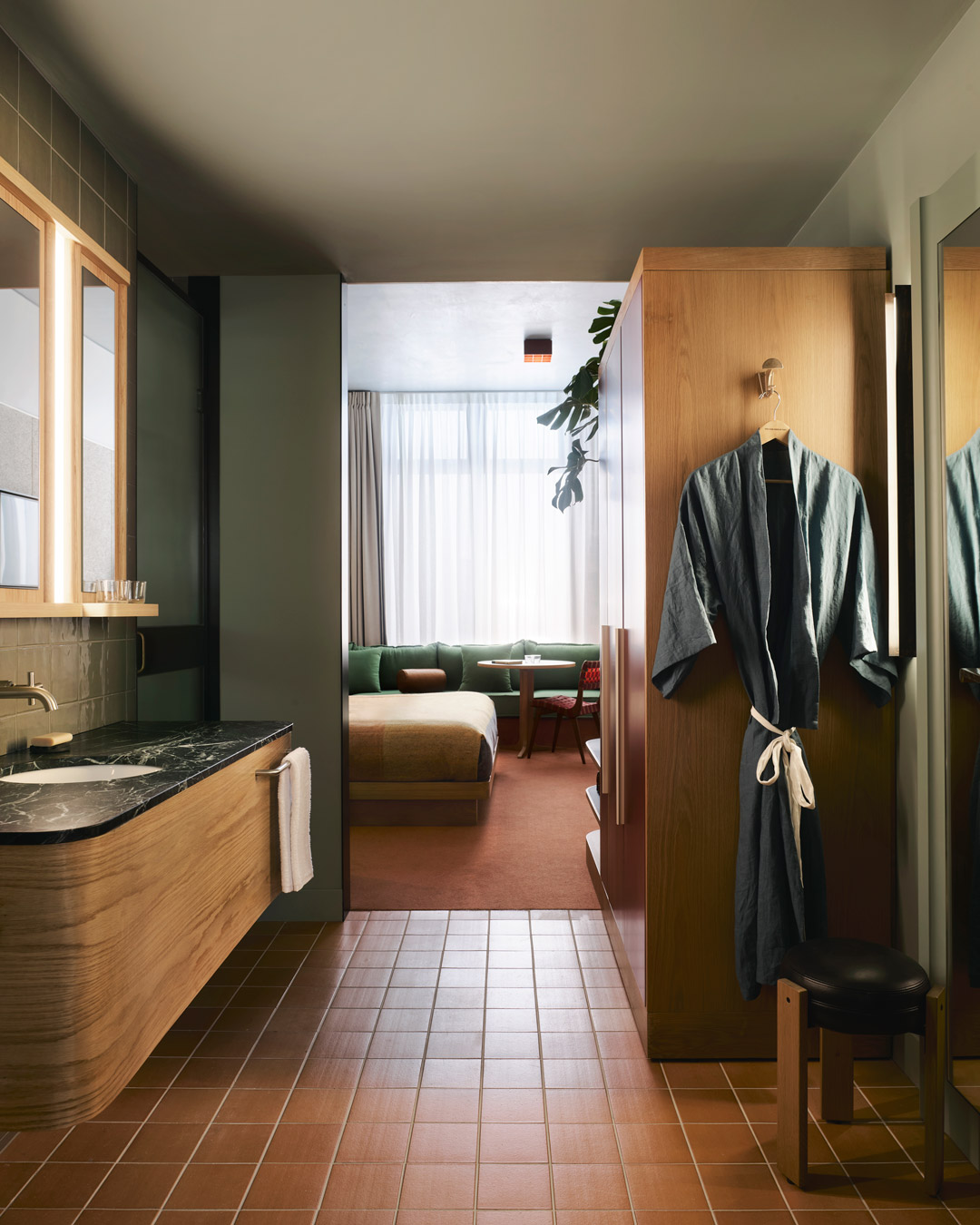 Founder and director David Flack has drawn on the razor gang wars and the underground liquor trade of the 1920s and 1930s, the modernist art boom of the 1960s, and the Gay Solidarity Group protests of the 1970s.

"Surry Hills has been home to so many culturally important movements and people, and has always been a home for creatives and migrating cultures," Flack said in a statement. "We wanted to preserve the creative, slightly renegade energy of the space since its origins as one of Australia's early brickworks."

Ace Hotel Sydney is due to open in early 2022 and reservations are now open, with high season rates starting at $359/night. Head over here to book your stay.

Now, check out this brand-new boutique hotel on the NSW North Coast.