WARNING: Aboriginal and Torres Strait Islander readers are advised that the following article contains the names of people who have passed away.

If you’re passionate about going hard on the adventures and exploring the best of NSW, then making a trip down south to spectacular Ben Boyd National Park is an absolute no-brainer. This coastal wonderland is full to the brim with beach life, headland walks, whale lookout points, and even a famous lighthouse.

The national park itself extends over nearly 50-kilometres of rugged vegetation and natural gorges (and yes, you can explore these). Ben Boyd is famous for its stunning lighthouse walk and sparkling blue waters, the kind that’ll make you want to take a dip any time of the year.

Here’s everything you need to know about Ben Boyd National Park. 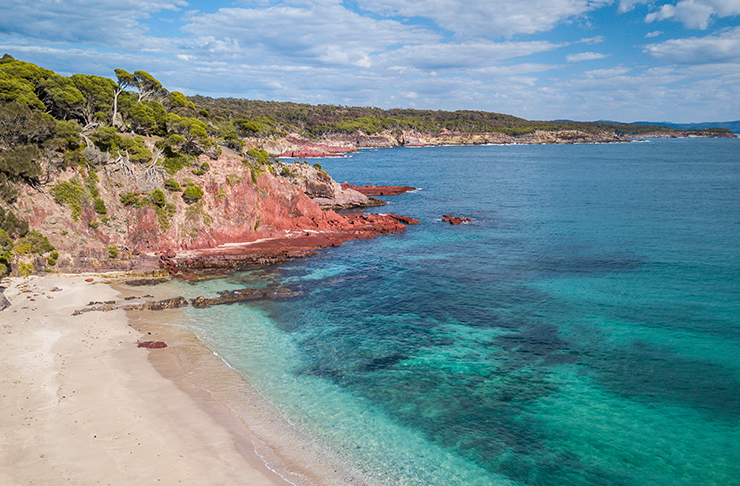 First thing’s first, Ben Boyd National Park, though absolutely beautiful and by far one of the most incredible areas in NSW, is not without its controversies.

Right now, there’s a bid to rename Ben Boyd National Park (and all other “Ben Boyd”-named infrastructure across NSW) entirely on account of the fact that Ben Boyd was a Scottish colonist and slave trader most known for being Australia’s first "blackbirder" (a slave trader who lured and tricked Pacific Islanders to colonies in Australia and paid them minimal wages) during the 1840s. At the moment, there are still discussions taking place on potential other names including Quondolo or Jigamy for the northern part of the national park, and Mowarry, Bittangabee, or Budginbro, a prominent First Nations leader.

Because national parks play a key role in protecting sacred Indigenous artefacts and sites, it’s really important to keep this front of mind when visiting. Indigenous culture wraps itself in an all-encompassing way with the land and it underpins all aspects of life for many First Nations people, so when you visit—respecting this comes first.

Part of Yuin Country, this national park is the traditional home of the Thaua, or Thawa people. If you are down this way, it’s worth immersing yourself in Ngaran Ngaran culture and booking a tour or workshop with Ngaran Ngaran Culture Awareness which is a First Nations-owned and operated cultural service provider on the far South Coast of NSW.

The park is also split into two main areas, Pambula-Haycock is in the north and is home to Indigenous shell middens, a flowing river, and secluded beaches. Green Cape is in the south and home to great camping, the Light to Light walk, and some epic whale watching spots. Depending on what you would like to do in the park, both these areas have different access points on the highway, so make sure you take note of where it is inside the park you’re keen to check out. 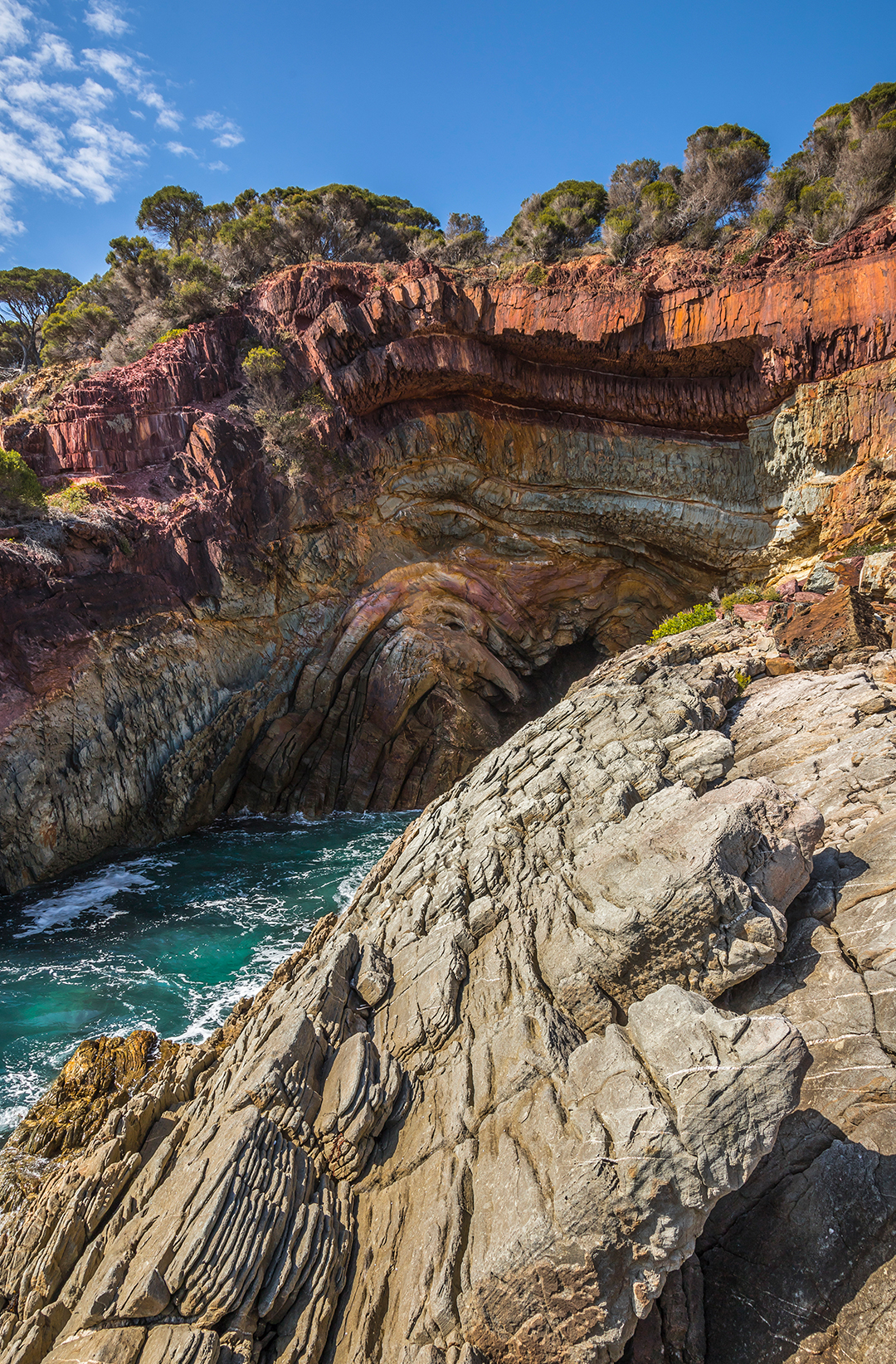 If you’re coming from Sydney, you’ll want to brace yourself for a solid six-hour drive but fear not, we have your road trip pit stops sorted for you. For brunch, you can’t go past a pie from Ulladulla’s Hayden’s Pies (easily one of the best country bakeries in the state). There’s a rotating list of daily specials which shows off Hayden's ultimate pie creativity. Think osso bucco, peking duck, wild boar and chorizo, Sunday roast (yes, with all the pork, potato, and pea trimmings), cheeseburger and—wait for it—a crocodile pie too.

Further on down, you’ll want to stretch your legs out at Tilba Valley Winery & Ale House. This laidback set-up throws down some of the best live music around and an iconic “Ploughman’s Lunch” to get you through that final leg of the drive.

Both areas of the park, Pambula-Haycock, and Green Cape, are situated south of Merimbula and can be accessed from the Princes Highway. There’s a left turn-off from the highway onto Haycock Road, which will bring you into the northern section of the national park (Pambula-Haycock), or a left turn-off further south, and past the town of Eden, onto Edrom Road which will bring you to the southern part of the park (Green Cape).

Alternatively, you can actually fly into Merimbula from Sydney airport.

Some beaches are too good to be true and Barmouth Beach is definitely one of them. Situated on the river mouth of the Pambula River, this protected stretch looks like an actual postcard. The trees here are always a glowing green, the water a bright blue, and the rocky enclaves that border the ends of the beach a deep red. Barmouth’s water keeps particularly still too, which means it’s a great spot to go canoeing or kayaking. Cast a line with salmon in mind, or even bream if you trek it a little further into the river.

Again, it’s really important to keep in mind the longstanding ties the Yuin People had with the area. Some of the best-preserved mounded Indigenous middens are found along the Pambula River and they contain the shells of oysters, mussels, and sometimes the bones of sea and land mammals which were collected by Indigenous people from a number of places. To continue their preservation, watch out for these and do not touch them. 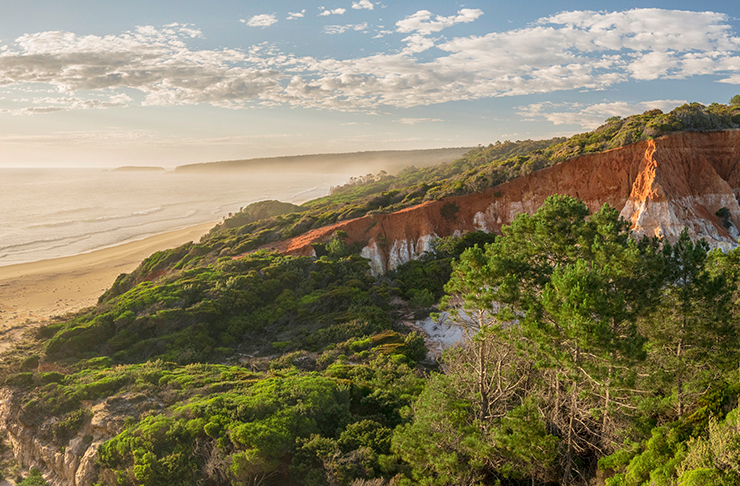 The Pinnacles Loop Walking Track is one of the sites within this national park that’ll make you feel you’re somewhere in the middle of the Arizona Desert. The track is a pretty easy walk featuring some epic vantage points to scope out “The Pinnacles”. This wall of red and white sediments stands behind Long Beach—the red colour is due to the rock’s weathering over time. This one-kilometre loop will give you big scenes out to Lennards Island and, as you might have guessed, it’s a pretty spectacular one to do early in the morning or late in the afternoon. 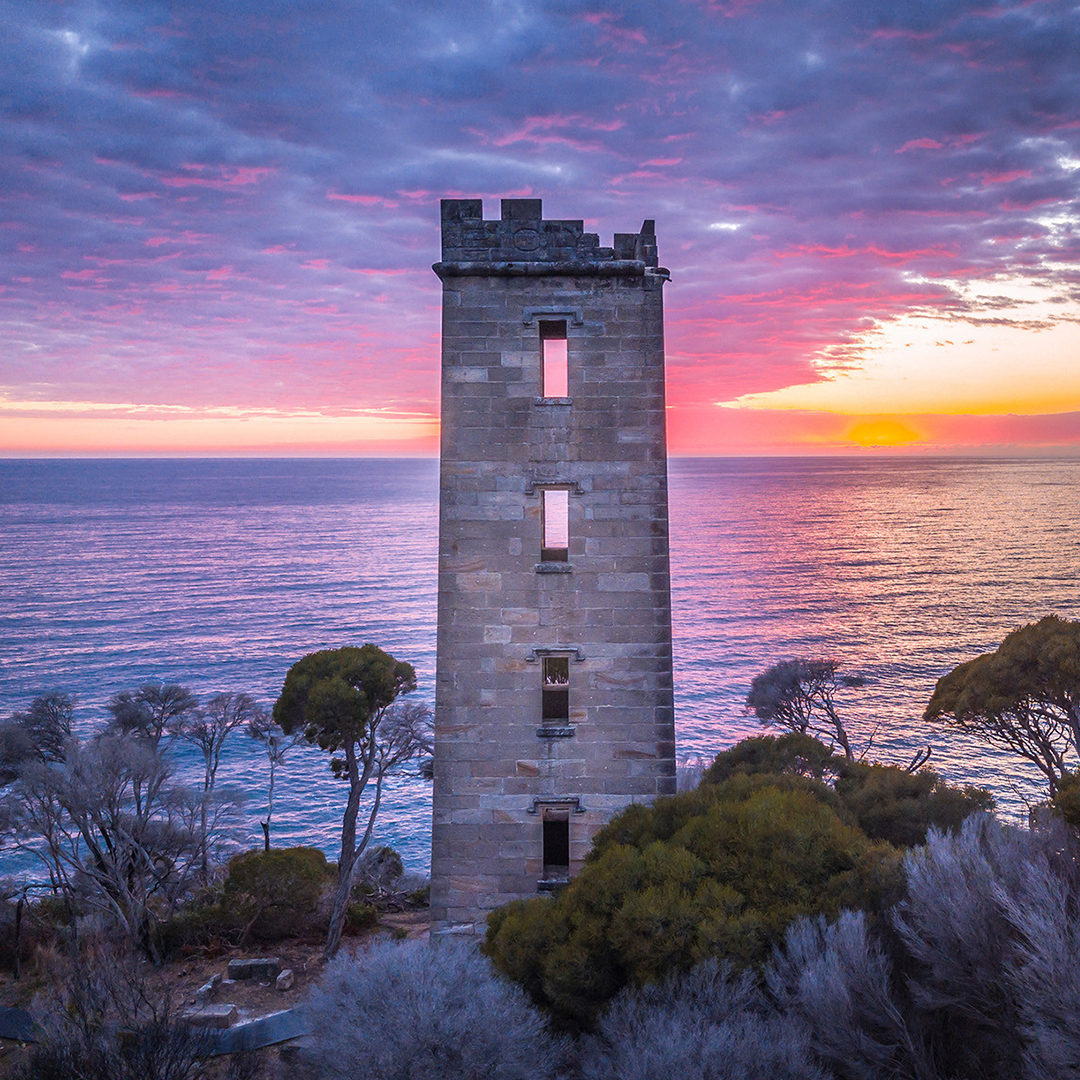 By far one of the most famous hikes in NSW, the Light to Light trail is a multi-day track, which can easily be divided into a shorter walk, between the park’s “Boyd’s” Tower and Green Cape Lightstation. No matter what part of the walk you do, you’ll be in for some thriving native fauna including tea tree groves, banksias, and some of the best vantage points to watch whales in the country. 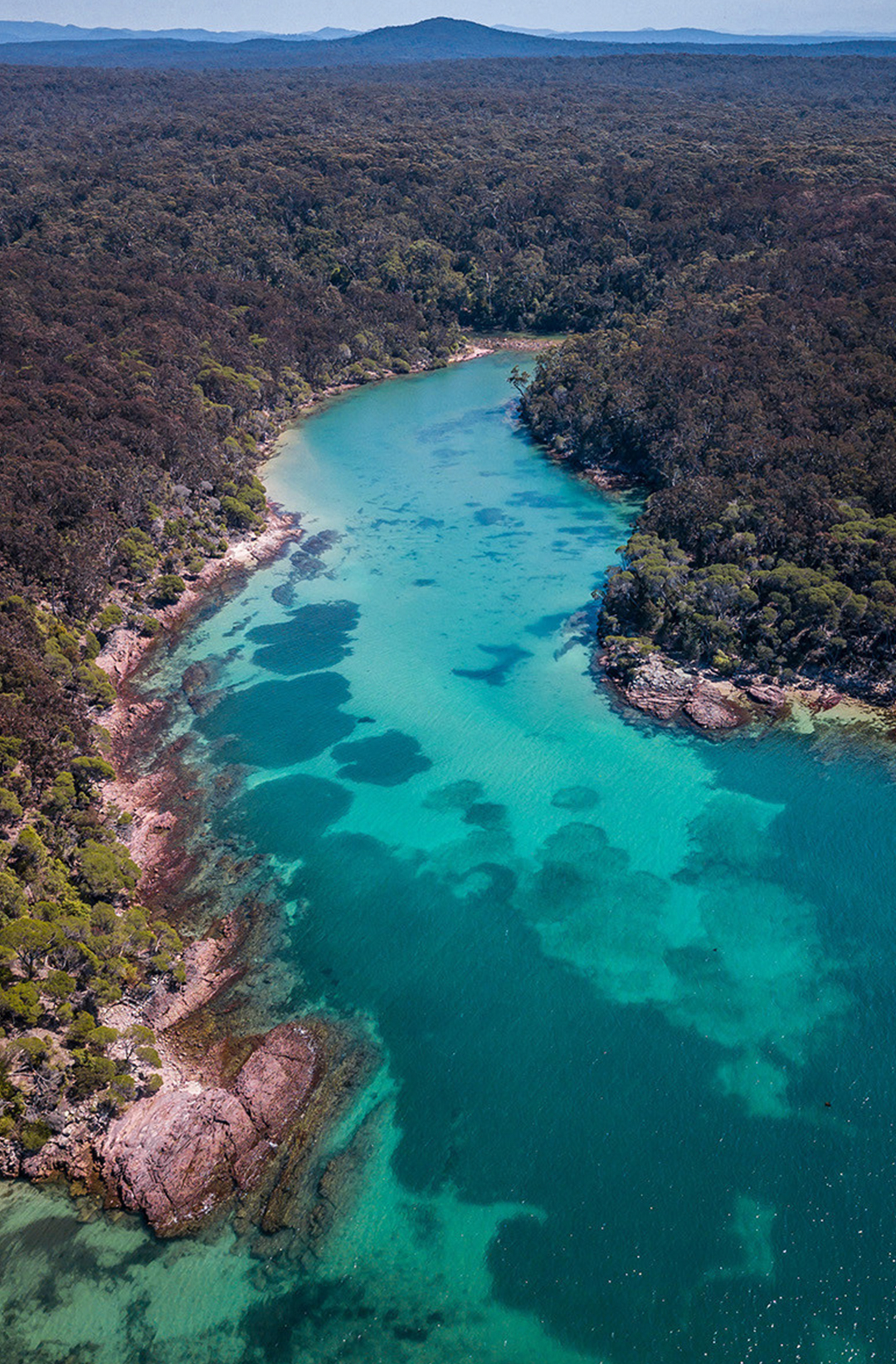 This bay is one of the swimming spots you can lap up while you complete the Light to Light trail but, if you ask us, it’s definitely worth kicking your heels up here for an entire day. Its remoteness means the beach keeps pretty uncrowded at the best of times and you know what that means—a prime picnic set-up. If you’re a sucker for roughing it, you can also stick around and camp beachside at Bittangabee Bay campground.