Across the last few months, Sydney has been totally drenched in news of larger-than-life developments, space-age skyscrapers, fancy hotels, and new-world amusement parks.

From a shiny new 24-hour international airport named after Nancy Bird Walton to the Sydney Metro, the Atlassian and Salesforce towers, high roller and boutique hotels like the Ace Hotel and a Ritz Carlton at The Star, and URBNSURF surf park in Western Sydney—with so many projects pending approval, approved, and underway, it’s fair to say the face of our city is changing and expanding enormously and life in Syd is going to look a whole lot different within the next ten years.

The latest outrageous new development to get closer to the green light is Winter Sports World—an ultra-futuristic indoor snow resort with real snow raining down all year round. Slated to built in the Penrith area close to the new airport, this week it was revealed that Penrith Council has now officially endorsed the project.

As for what's in store with this winter wonderland, the Australian-first will house an Olympic-sized ice skating rink, a 300-metre ski run for advanced skiers, a learn-to-ski run, ice climbing facilities, a food and drink precinct featuring a revolving restaurant with views of the snow, and a 120-room luxury hotel too. Just casually. 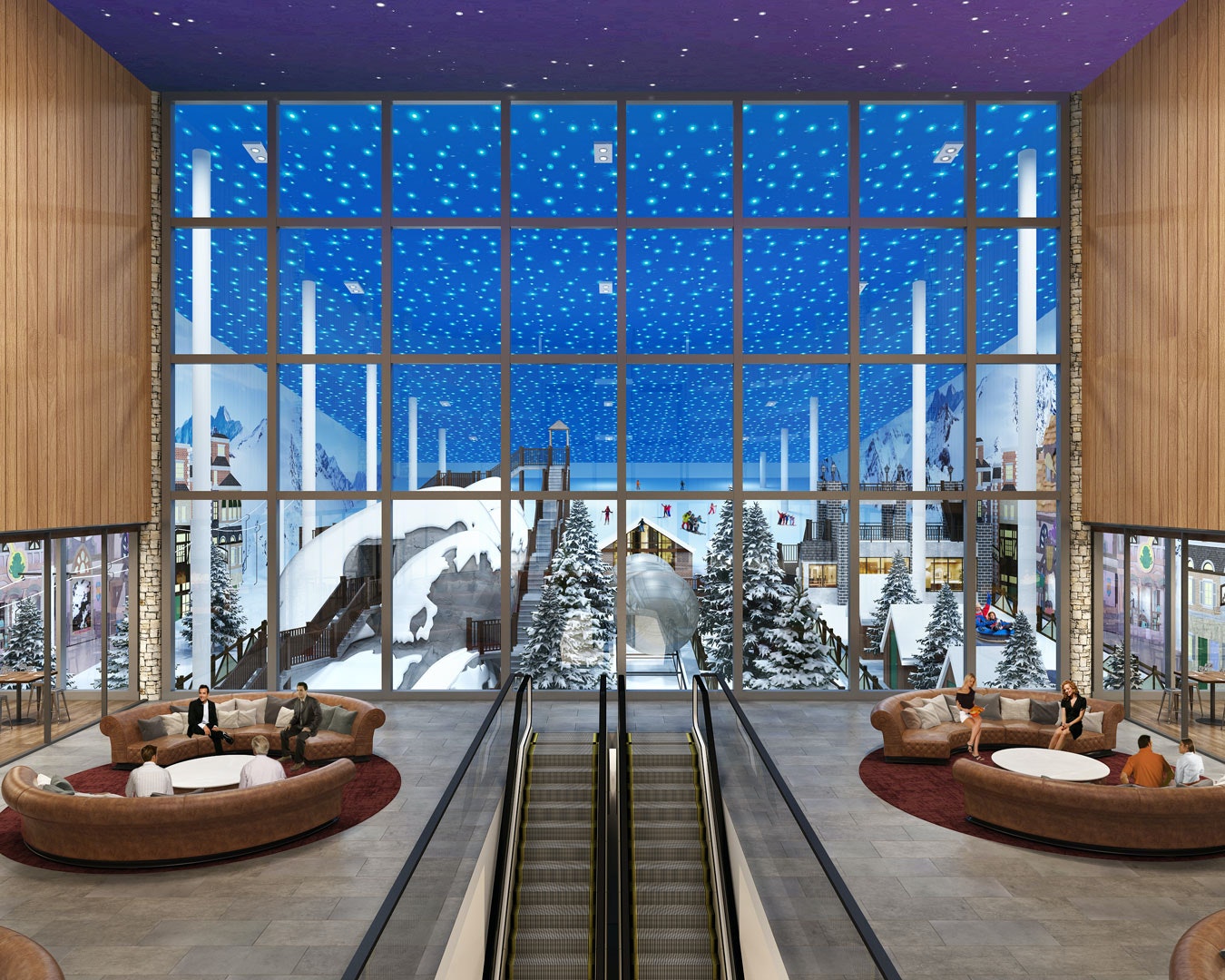 As well as being an awesome spot for locals and tourists to hit the "slopes" year-round, the insane new venue will act as a training facility for Australia’s winter Olympians for anything from alpine to freestyle skiing, snowboarding, figure skating and speed skating, and ice hockey too.

Subject to further planning approvals, Winter Sports World is due to open, fittingly, in the winter of 2024. For more info, head over here.

While you're here, check out this monster surf park with a rooftop bar and this luxury surf lodge slated to open in the Wisemans Ferry area.