Whether you’ve been frantically ticking items off your ‘30 before 30’ list or counting down the days ‘til that not-so-surprise party is finally sprung, we can all agree: birthdays are exhausting.

If you’re ready to put your feet up at the thought of shepherding friends out to dinner (seriously, it’s like herding cats), this is your chance to relax.

We’ve gone ahead and unwrapped the best function venues in Brisbane for an all out birthday bash: all you need to do is blow out the candles.

Let’s not draw lines between your advancing age and heritage listed buildings, alright? No one likes a sour birthday host. Jokes aside, The Gresham is a splash of charm in a world packed with generic venues and function rooms. Brisbane, whether you’re lighting 30 birthday candles, or hunting for 21st birthday venues, this spot is an enchanting, old-school encounter you’ll love through the ages. Literally. Tucked away on Gresham Lane, you’ll discover bars plied with warm timber tones, vaulted ceilings, and wall-to-wall monuments of rye whiskeys and bourbon. Cheers.

We like to think of birthdays as life’s version of ‘levelling up,' and hoo boy, no one’s perfected it like the folks at Eleven. Set high above the glittering city skyline, this is the golden child of Brisbane’s rooftop venues—and a no-brainer for that next milestone birthday. Whether you’re popping some bubbly on the balcony, or booking the terrace for a night of giggles, share plates and Eleven’s iconic espresso martinis, take it from us: birthdays don’t come more #grammable than this.

Next birthday, celebrate with the flamingo. When it comes to function venues, Brisbane’s X Cargo adds a spoonful of Carnival flair, shoving cheese and wine aside for a Latin-inspired menu and bright, bubbly cocktails. The multi-level adult playground is layered with green lawns, colourful parasols, and space to shake those tail feathers with up to 1200 b’day guests. Snag a shady spot on the deck, and ring in your next trip around the sun with a round of tequila cocktails, Thai coconut chili mussels with crusty bread and R&B tunes you’ll be belting for hours. 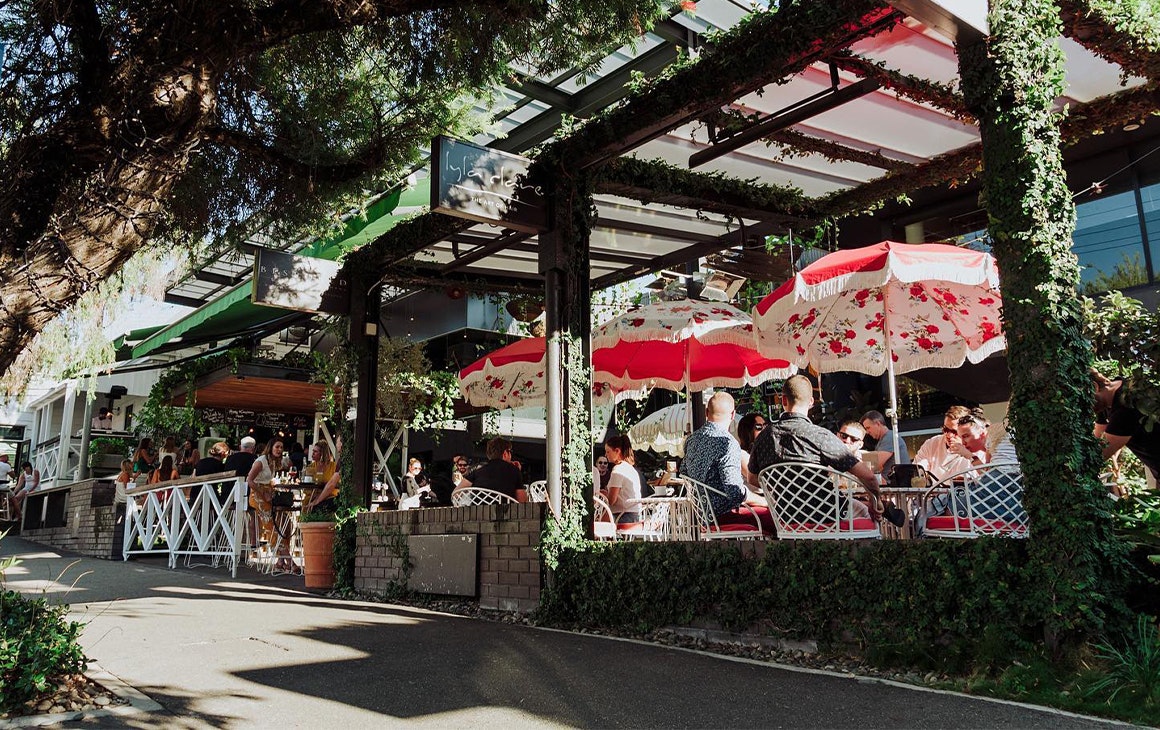 Next-day hangovers aside, birthday drinks don’t need to be a massive headache. At Sixes & Sevens, it’s as simple as gathering the crew—from there, you’re spoiled for choice. This Queenslander-style beauty of a venue serves up a smorgasbord of tapas plates such as chili chicken tacos, raw oysters, and Spanish charcuterie boards to pair with wine carafes, draught beer and the party spot of your choice. Choose from the upper deck, private bar, or the grassy space downstairs: this 1878 cottage is a beaut throughout.

Alright, friends, this is the big one. The milestone. The twenty-one in the sun. The thirty big ones. Whatever number’s popping up on those balloons, it’s guaranteed to kick off with style at Yot Club, Brisbane’s bona fide party boat. That’s right, folks: you’re about to spend your birthday sailing down the brown snake in a behemoth, 130-foot superyacht. With two fully-kitted bars, a commercial kitchen and live music stage, it’s no wonder that this vessel’s a fave among birthday and engagement venues. Or, if you wanna go really baller, you can also charter your own cruise—either a smaller boat for up to 70 people, or event the entire Yot Club for up to 400. Life. Goals.

As popular among engagement venues as it is birthday party venues, Madame Wu is the slice of luxury (no, not cake—that comes later) we all crave on our birthday. You’ve got 364 days of the year to eat dinner in your dining room, so spend this meal overlooking the river and iconic Story Bridge. For an intimate soiree, gather the group in the Red Lantern Room and indulge in a private dining experience to remember. With a table laden in tender duck buns, miso braised lamb shoulder, and lobster dumplings, this is guaranteed to start your next trip around the sun on a high note. 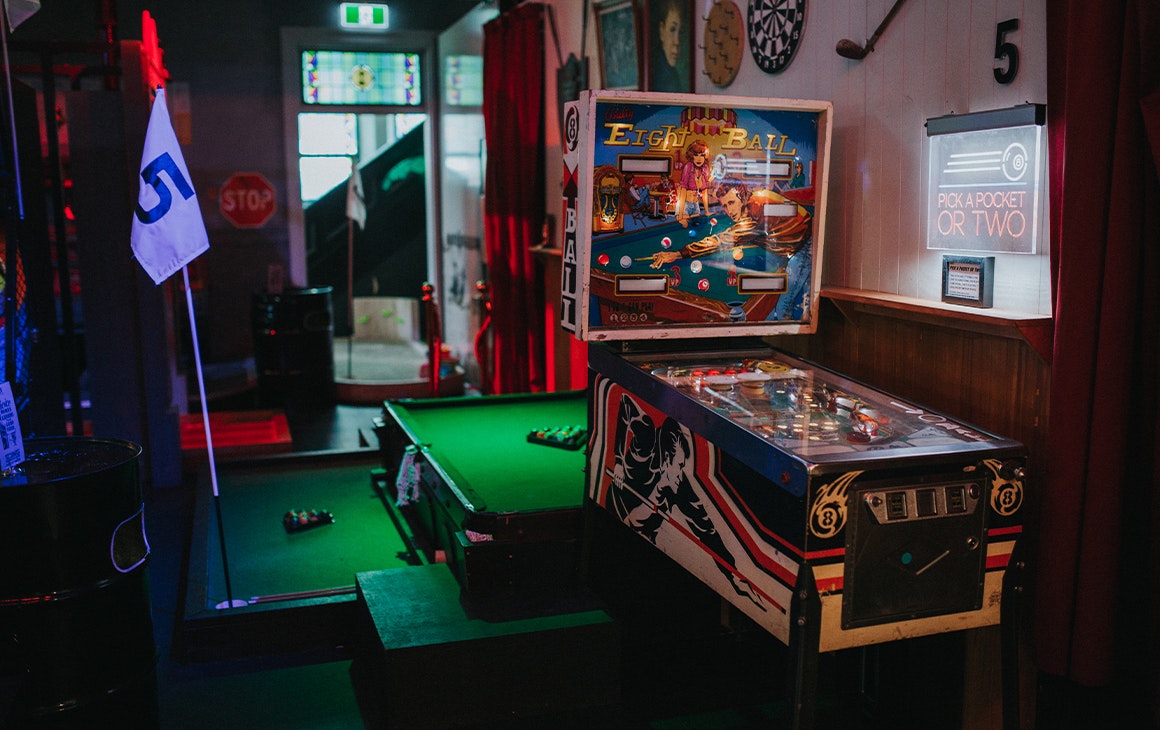 Forget about counting candles, the only number that matters at Holey Moley involves your least coordinated friend and a new ‘23-par’ record. Whether you’re hunting for 21st birthday venues or embracing the naughty forties, Brisbane’s favourite adult playground is a guaranteed hole-in-one. Putt through mini-golf courses modelled after The Simpsons’ couch and the (nine) Iron Throne before sharing a Winner’s Trophy cocktail at the bar. After a breather, saunter into a private karaoke room for a round of bangin’ tunes and pizzas to share. Adulthood can wait another night, right?

Birthdays are the time for solving the questions of life. Y’know, questions like, ‘Should I order a cocktail with breakfast?’ and ‘Do I really need fries with that?’ And thanks to Canvas Club, the only answer you’ll need comes in the form of a menu and a punny one, at that. Whether you’re booking a boozy brunch or hunting for function rooms, Brisbane’s fave eastside watering hole has the answer—and the cocktail—for you. Book out the courtyard with its own private cocktail bar, or simply carve out some time to unwrap Canvas’ famous cocktail and tapas menus.

For many of us, the biggest gift of all is knowing that birthday calories don’t count. (Don’t take this away from us.) If you’re hunting for small function venues with a big serve of flavour, take the next birthday bash to Chop Chop Chang’s. In the glittering courtyard—transformed into your private feasting hall—you’ll enjoy a hawker-style banquet of beef cheek Penang curry, crispy pork belly bao, and half shell scallops with miso butter. You should be recovering from the food coma just in time for next year’s birthday. 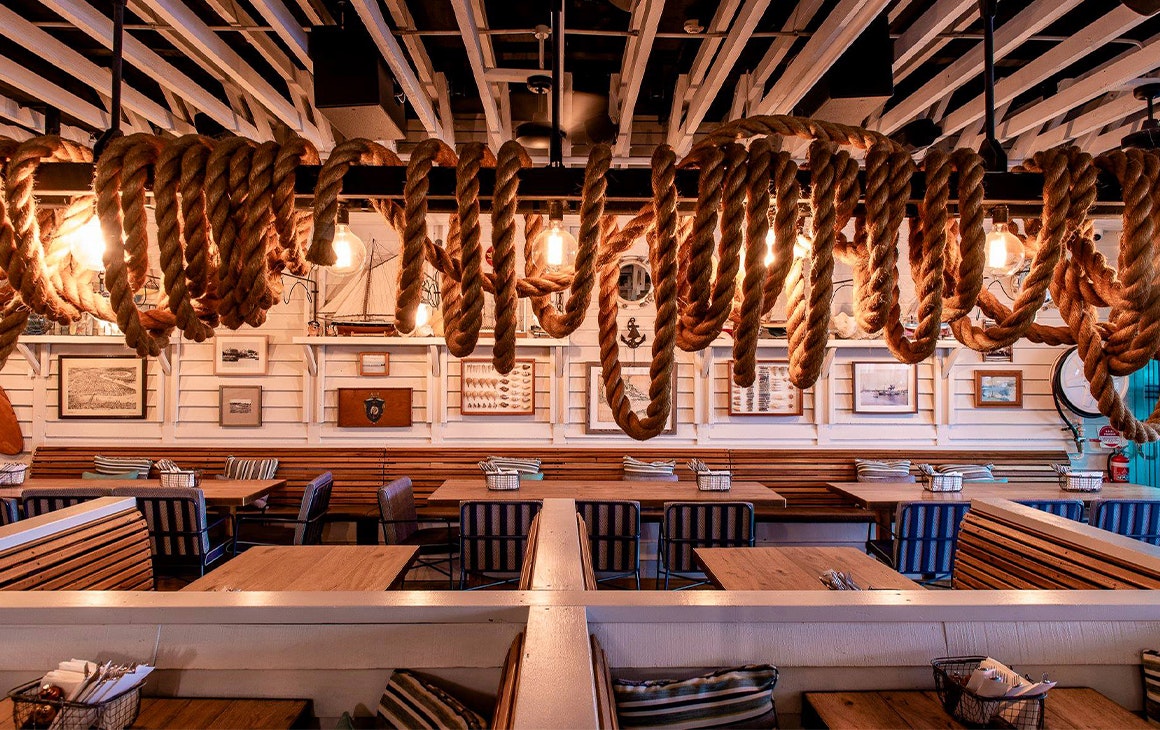 If you’re craving some extra pizzazz with your function venues, Brisbane’s Riverbar & Kitchen is down to deliver. For a smaller ‘do, gather the inner circle for an afternoon by the river (complete with a wide-eyed encounter with the cocktail list). Social butterflies, read on: if the RSVPs are flooding in, move under the sail loft for a night of dance moves, cocktail pitchers and gourmet pizzas.

If you’re the kind of person who turns every birthday into ‘birthday week,’ you’ll definitely want a taste of the special treatment they spoon out at Gerard’s Bar. The little sister of Gerard’s Bistro is no less inclined to doll out the red carpet; treating birthday guys and gals to seasonal cocktails, Spanish salumi boards and hidden function rooms. Brisbane, ask the team at Gerard’s for a peek inside the Chef’s Table, the intimate function space designed for up to eight birthday guests; thank us later.

Ruffle those tail feathers with a b’day sesh at one of Brisbane’s fave watering holes, fit for groups of 5 to 500. As far as cheap function venues go, you won’t find much better bang for your bill than The Defiant Duck, a mishmash of live entertainment, ‘murican eats, and 24 beers on tap. Share a game of pool, brews, and good vibes…while decidedly neglecting to share the truffle mac 'n' cheese croquettes. The ‘it’s my birthday’ excuse only comes around once a year, so make the most of it. 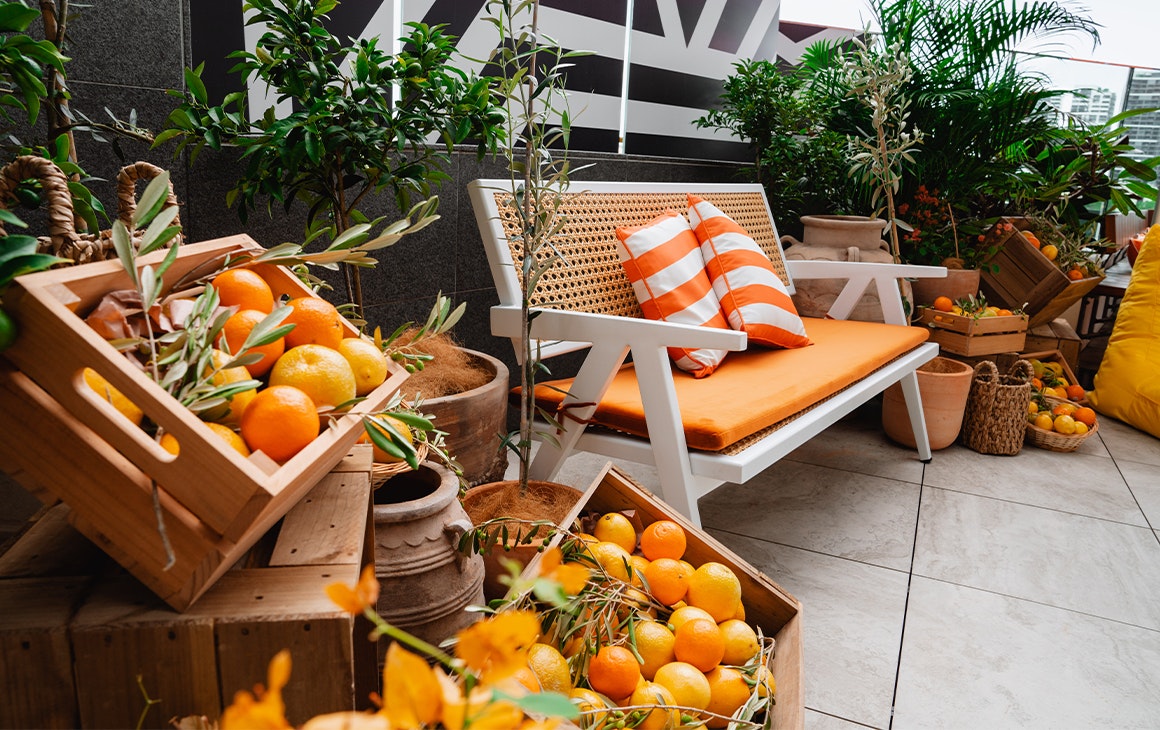 Look, we know how it goes. You write a birthday gift list, everyone ignores the list, and you wind up with six pairs of socks and an obscure $20 gift card. Ouch. This year, skip the fuss and ask everyone to throw in for a party (and sneaky accommodation for you) at the illustrious W Brisbane. Several of their uber-luxe suites can be booked for shindigs or just friendly gatherings that take advantage of in-room mixing bars, panoramic river views and the mother-of-all rooftop pool bars, let’s face it: the only downside to this birthday will be checking out the next day.

Escape the Brisbane streets for your very own Mexi-Cali celebration. As far as party venues go, Ivory Tusk plants a fresh pop of colour into the Brisbane entertainment scene, covering soirees of anything from 20 to 1000. For fond Sunday sesh participants, the old stomping grounds—once the Woolly Mammoth—will look like a whole new dancefloor. Grab a table, clink those cocktails and tip a tusk to yourself and the Ivory Tusk. Some things, after all, just keep getting better with age.

As an icon among Brisbane’s wedding and engagement venues, Elixir holds the cheat sheet for magical birthday dos. Step onto one of the city’s most legendary rooftop venues and into your own birthday fairytale, complete with draped greenery, sparkling fairy lights, and (it goes without saying) the mother of all espresso martinis. PSA: hold off on cutting the cake until you’ve had a chance to experience the king of all gifts: an Elixir bao board, laden with spicy kung pao prawn, char siu red bean and orange blossom pork. Birthday wish: tick.