Our love of Nutella started way back when our mums used to send us off to school with tuck shop money and we’d spend it on single-serve Nutella packs with the little plastic paddle. Thankfully, the love affair didn’t have to end there. Brisbane’s best and brightest chefs have found many ways of indulging the inner child in all of us and incorporating Nutella into our grown-up meals. To help you find them, we’ve put in the hard yards and dug up Brisbane’s best Nutella everything, in honour of National Nutella Day on 5 February.

You can get all manner of sweetness atop The Doughnut Bar’s crisp, sugary doughnut fries, but a generous drizzle of Nutella sauce is an absolute necessity. The other toppings are up to you—but honestly, we suggest just going with OG Loaded Fries for a pile of gooey toasted marshmallows, Oreo crumbs and diabetes.

Don’t even pretend you don’t want to spend your entire pay at Flour & Chocolate in Morningside. Among the many delicious things available at this tasty, tasty paradise are a few Nutella-inspired treats, including their signature Nutella doughnuts on Wednesdays and Nutella gonuts on Thursdays. They may not be there every single week—but that just means you’ll have to come back.

Go for the delicious pizza, stay for the deep-fried pizza dough balls smothered in Nutella for dessert. Bonus, Prova Pizzeria’s Nutella-loaded gnocchini comes served up in a pizza dough bowl covered in even more Nutella, just for good measure. 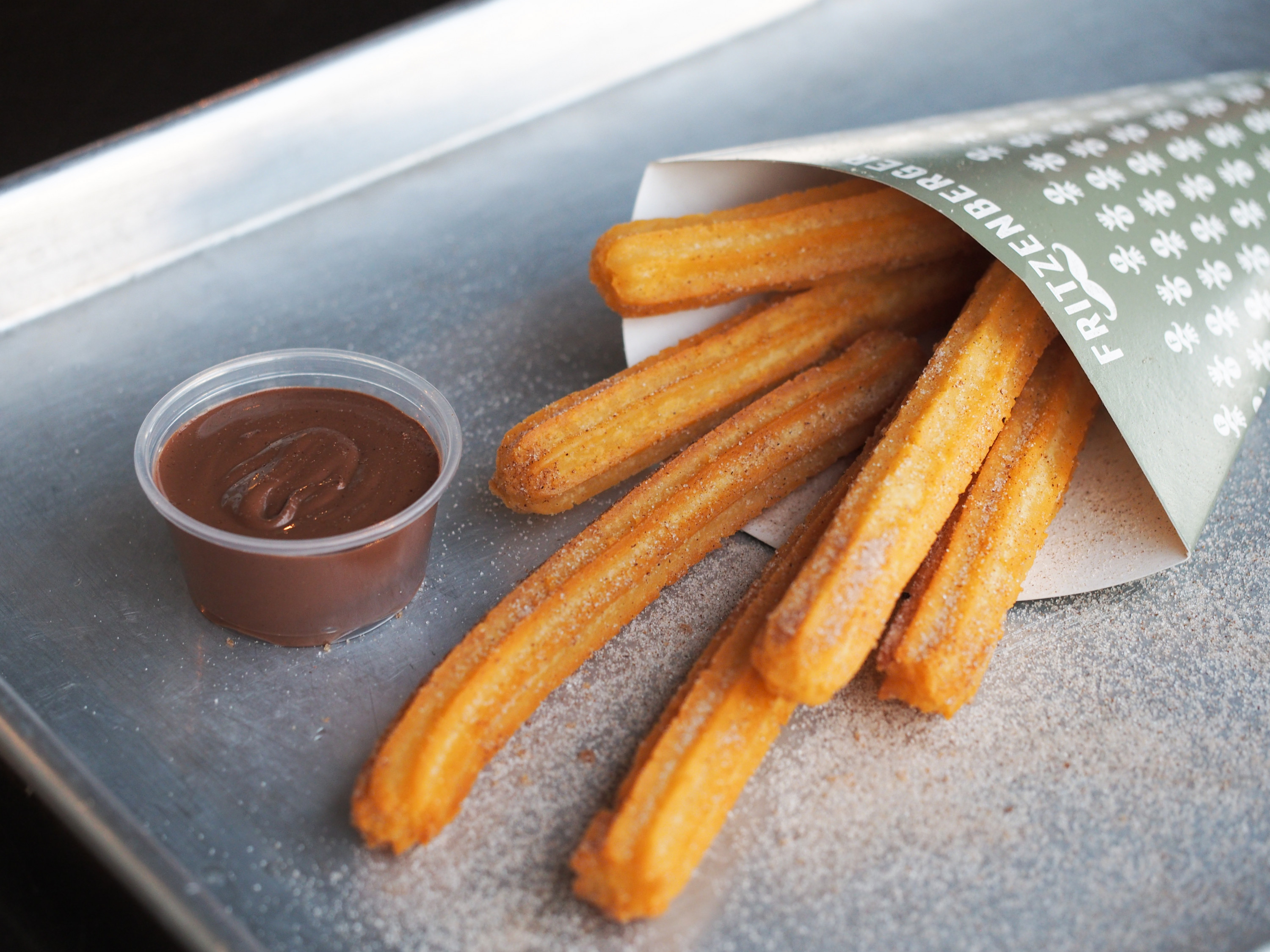 Once you've devoured a burger, you'll want to order up a serve of Fritzenberger's cinnamon dusted churro fries, which come with an oozing Nutella dipping sauce. Dip the churros or just drink the Nutella straight from the pot, we won't judge.

Doughnut Time calls their Nutella doughnut ‘Love At First Bite’ and it’s not hard to see why. What is that, a whole jar of Nutella in between that flawless dough? You will get messy eating this bad boy, don’t expect otherwise.

Believe it or not you can actually get your hands on delicious dessert gyoza at the delightful Harajuku Gyoza. Deep-fried Nutella and banana gyoza served with ice cream, may sound a bit weird, but don’t knock it ‘til you try it. Who knew Nutella eaten with chopsticks could taste so good? 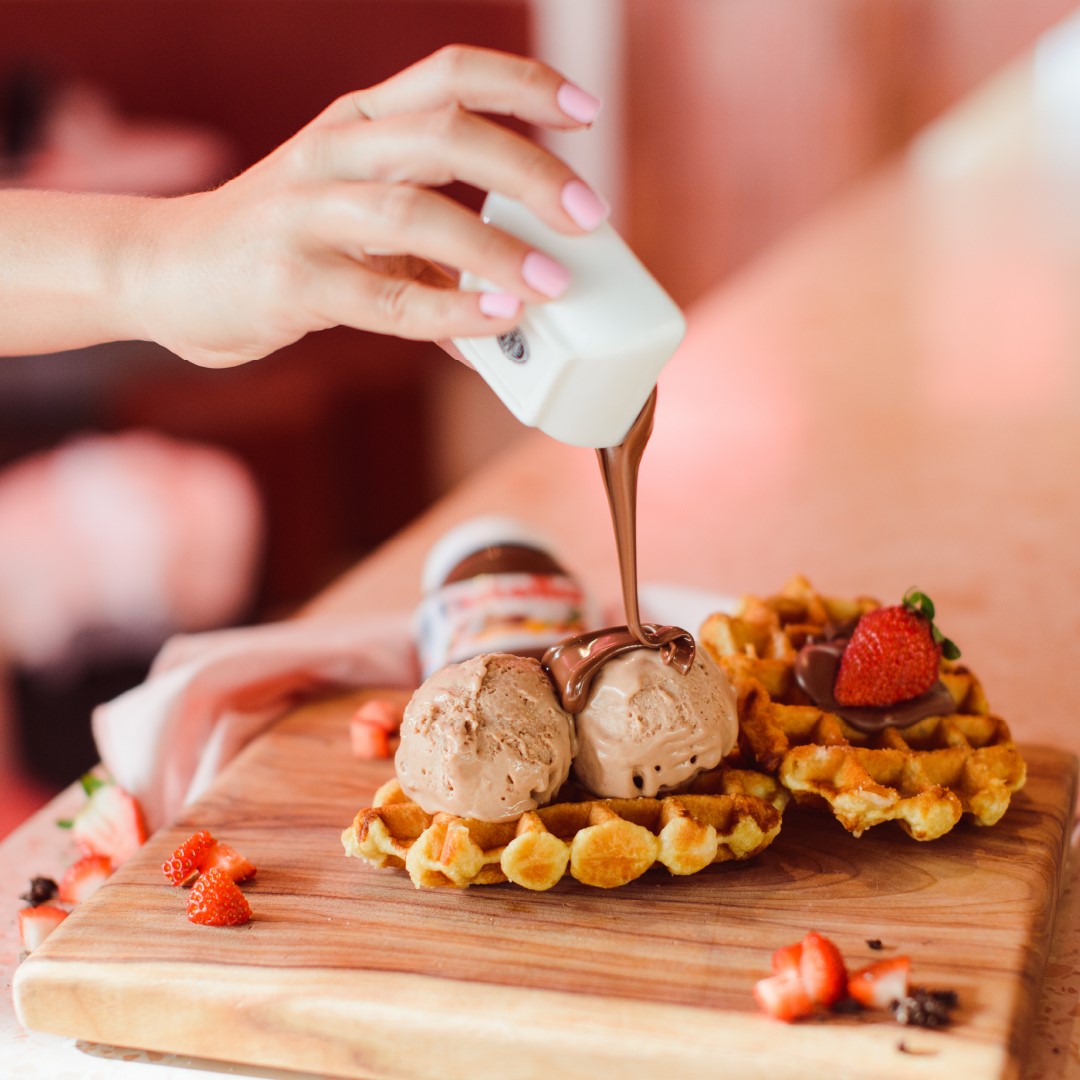 Decadent dessert bar, Cowch, isn’t one to do things by halves—they’ve got an entire menu dedicated to Nutella. Nutella pizzas, Nutella pancakes, Nutella waffle sandwiches, the list goes on, and you can pair it with a very adult Nutella espresso martini. They didn’t serve those in the school canteen, that’s for sure.

Trust the pizza and pasta dream weavers at Beccofino to make pizza even better than it already is. Their Calzonchino is stuffed with Nutella and banana, and plated up with vanilla ice cream. Heaven.

Just when you thought loukoumades couldn’t get any better, Zeus Street Greek goes and covers them in Nutella. Oh yes. Hot, golden Greek doughnuts, drizzled in Nutella, with a dusting of walnuts to give it some crunch.

All of I Heart Brownies slabs of chocolate decadence are delicious, but it’s their Nutella brownie with a soft core of Nutella that catches our eye every time. If you can resist eating it on the spot, take it home, microwave it until gooey and serve it up with a scoop of ice cream.