Peanut butter jelly cookie pies. Toffee pudding with an oozy vanilla crème brûlée centre. Sticky snails filled with custard and malted caramel sauce. We’re back here with more news fresh from the Messina treat train and this time it's a recap of one of our absolute faves.

Yep, Messina has turned its creative genius towards one of Australia’s greatest biscuit recipes once again, bringing back their iconic Iced VoVo gelato tubs for the new year.

First created as part of a wild collab with Sydney restaurant Firedoor, Messina is now unleashing its Iced VoVo gelato on the rest of Australia for a limited run. Dished out in 1kg tubs ready to take away and devour at home, Iced VoVo is just one of the many limited edition “Hot Tub” flavours they've released—and we don't doubt there'll be pleny more where they came from. 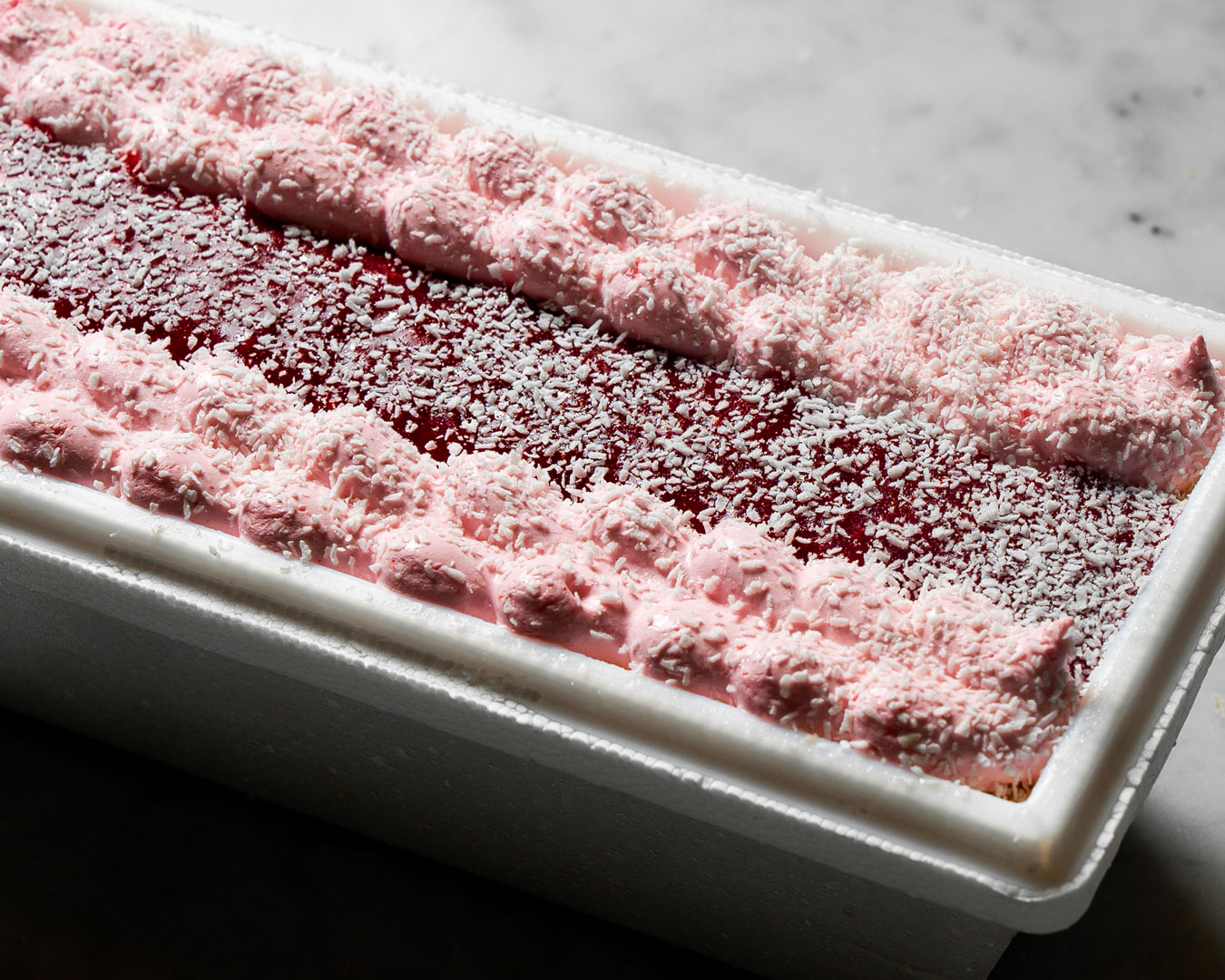 As for what’s involved in the Iced VoVo tub, much like the iconic Arnott’s bickie, you can expect desiccated coconut, marshmallow and raspberry puree, layered across a slab of toasted coconut gelato that’s been mixed with chunks of shortbread biscuit. We’re not drooling, you are.

Pre-order will be made available here on Monday 18 January from 10am (or sent to subscribers at 9am) and you'll want to snap one up quick.

What: Messina Iced VoVo Hot Tubs
When: Pre-order Monday 18 January. Pick up available from 22–24 January.
Where: Messina stores in Sydney, Brisbane and Melbourne (except The Star)

For now, get baking at home with Arnott’s very own Iced VoVo hearts recipe.