There’s a certain magic in b-lining up Mount Dandenong Tourist Road. Sure, the weekend warriors lining up to take on the 1000 steps can be disconcerting, though once they begin to dissipate as you continue to climb, you’ll immediately notice the cooler temperature, age-old ferns giving the towering gums a run for their money along with the calming sounds of the mountain. The Dandenong Ranges also happen to be barely an hour out of town, and that’s just the first of many reasons that the region is primed for day tripping.

Avoid the tourist traps and follow this ultimate itinerary for a day in the Dandenong Ranges.

Stop One: The Piggery At Burnham Beeches

Okay, we’ll level with you, this place gets busy, but the grounds are so damn bucolic and charming it’s worthy of a mention. Your best bet is to grab a coffee and some pastry to go, take in the serenity, pat the very friendly pigs known as Bubble and Squeak then be on your way to stop two. If you’ve managed to start your day early enough, take a stroll through the stunning grounds of Burnham Beeches next door.

Stretch your legs at Olinda Falls in the Dandenong Ranges. Surrounded by gumtree varietals and plenty of ferns, this oft-overlooked waterfall steeps down into one of the many troughs of Mount Dandenong; take it all in from the viewing platform at the top or get in some cardio and follow the 500m trail alongside falls to the bottom—just keep in mind you have to make your way back up.

The immaculately kept Dandenong Ranges Botanic Gardens is just a few minutes up the road and worth a look-in for their rhododendron gardens and ornamental lake alone. 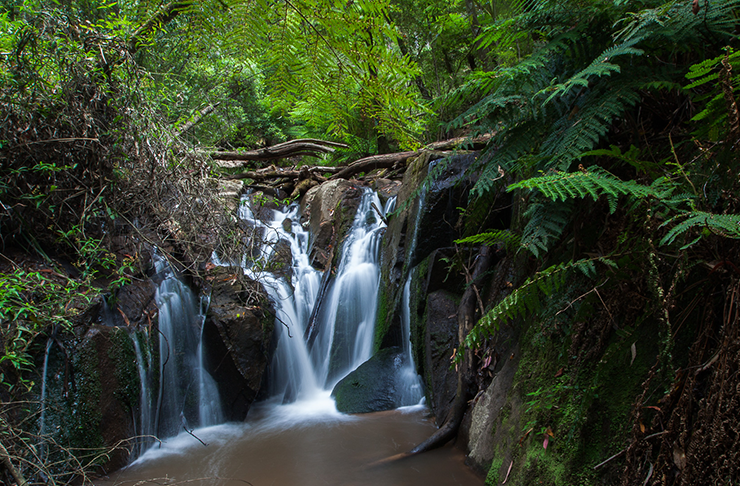 Micawber Tavern is an age-old pub that has about 37 chicken parmigiana variations on the menu, and all of them slap. The old-world charm in the decor is about as authentic as the locals that show up in their mud-clad utes—join them for a pint of Guinness by the bar or head outside and smash down that parma by the charming creek and ferns out the back.

Head up and over the Dandenong Ranges and you’ll find yourself in a town called Emerald. At Emerald Lake Park, you’ve got not one, but two lakes, grassy patches everywhere, plenty of barbecues and even two-seater paddleboats should you be trying to charm that special someone.

As you drive into the park, you’ll see the main lake which acts as somewhat of a tourist cache. So park that car, and b-line east for the secondary lake called Lake Nobelius. The track gets a little muddy, but a few minutes trudging will be well-worth the scenery that you’ll probably have all to yourself. For those with time on their hands, take a few of the trails into the ferns until you find the hidden wishing well. 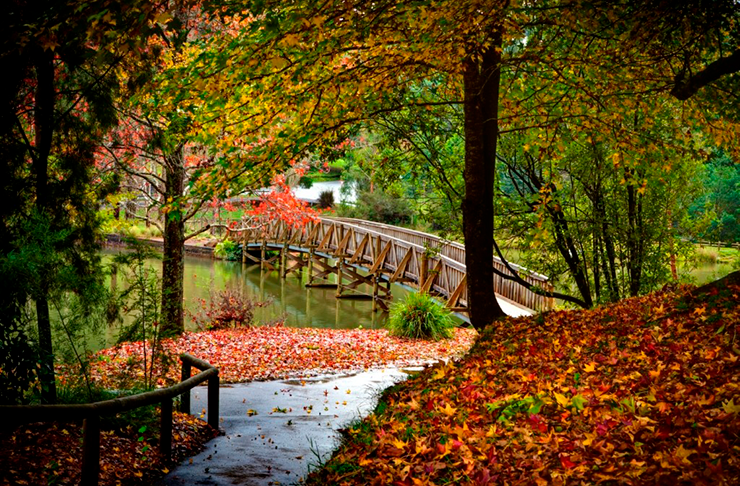 You’ll most likely be toward the end of your day after a meander around Emerald Lake, but those in no rush to return to the city should make tracks to the charming township of Gembrook for a feed at regional fine-diner The Independent. Once a country motor garage, Mauro Callegari’s modern Argentinian restaurant is sure to meet the lofty standards of any Melburnian on their single-day sojourn out of town. Make sure you book in here.

Once you’re done in the Dandenong Ranges, check out our Heathcote Roadtrip here.