We all know that moving your body and breathing in fresh air is good for your soul—especially when times are tough. A run helps to get those endorphins flowing and is beneficial to both our physical and mental well-being. Luckily for us, Hamilton has an abundance of running routes with a picturesque network of paths and parks. To give you some running (or walking) inspiration, here are six of our favourite Hamilton running tracks, in case none are close by your place, check this handy PDF for a map of the trails in the area. And remember, if you’re getting fresh air at this time, stay safe and follow COVID-19 guidelines from the government. 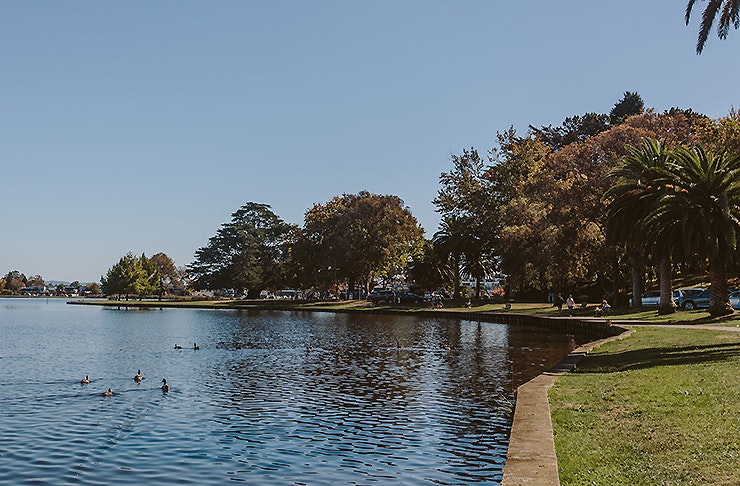 Hamilton Lake Domain is one of the city’s most popular walkways. Whatever day or time you visit, the perimeter of the lake is bustling with walkers, runners and dogs alike. Lace up your running shoes and loop the 3.8km path as it winds past lakeside greenery, playgrounds and fields. The lake is also home to a weekly Parkrun event where participants take part in a free 5km timed run or walk. The popular event is currently suspended due to COVID, but visit their website for updates.

Kicking off our list of Hamilton’s best running tracks is, of course, the famed Waikato River Paths. The tracks border the Waikato River and runners can criss-cross using the city’s seven bridges. The western path runs from Cobham bridge near the Hamilton Gardens and winds to Horotiu bridge north of Pukete. It’s essentially the length of the city so there are countless sections to form your running route. Highlights include Graham Park, the city’s CBD, St Andrew’s Golf Course and Braithwaite Park.

On the eastern side of the river, the Waikato River Paths aren’t as continuous and often link up with River Road. However, this side is equally impressive with connections to some of the city’s finest parks and attractions including Hamilton Gardens, Memorial Park, Days Park and Donny Park. All of which are worthy of a dedicated visit—whether you’re out for a run or not. Both sides of the river are popular with walkers, runners and cyclists—be cautious, respectful and ensure you’re practising safe social distancing. 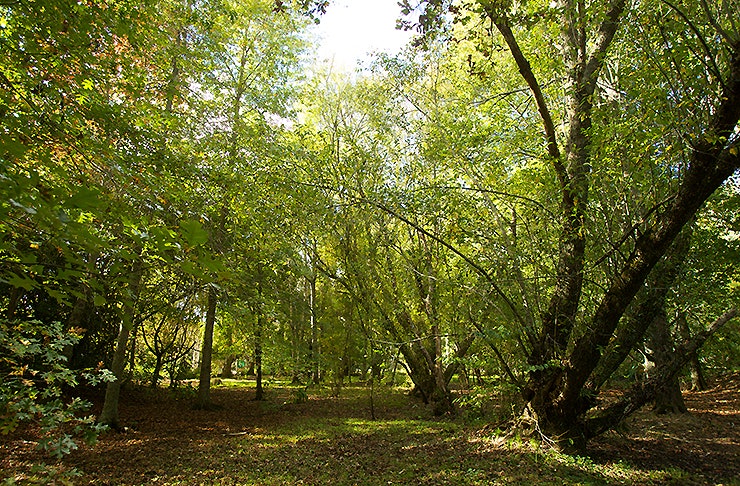 Taitua Arboretum is an enchanting city escape, boasting a collection of mature trees spread across 20 lush hectares. Jog around the network of walking tracks as you discover lakes, woodland gardens, and open pastures home to friendly farm animals. It’s a beautiful spot to get the endorphins going and help clear the mind. Note—the car park is closed during lockdown so make sure you're able to get there and away under your own steam and ensure you follow social distancing guidelines throughout this time.

Claudelands Park is a wide, open expanse sitting pretty next to the Claudelands Showgrounds and Event Centre. Run through or around the park and, while you’re at it, check out the bordering Jubilee Park. The boardwalk trail navigates through the remnants of a Kahikatea forest, giving an insight into what Hamilton looked like before human settlement. If you run with a canine friend, Claudelands Park also has a popular off-lead area.

Want something to train towards? Waikato’s event calendar has a tonne of races for you to tackle. Participate in the city’s official Hamilton Half Marathon (there’s also 5km or 10km courses), or sign up for the ever-popular Round The Bridges. Further afield, the Huntly Half Marathon and Cambridge Half Marathon are both popular for their mostly flat, scenic routes. If you’re keen to get off the beaten track (quite literally), check out trail runs including Pirongia Trail Run, Raglan Karioi Trail and the Cougar Trail Run held in Tokoroa’s mountain bike park. Please note, some events might be cancelled or postponed due to the evolving COVID situation.

Missing your favourite Hamilton haunts? Find out what Hamilton business owners are getting up to during lockdown and pick up some take away from these epic Hamilton eateries.