Game Faces On, These Are 7 Of The Best Arcade Bars In Sydney

For a nostalgic night out that's guaranteed to be uninhibited by screaming kids begging for more tokens, you need to step foot-first into Sydney’s best adult-worthy arcades. And lucky for you, Sydney is packed to the rafters with gaming bars loaded with Mario Kart, boozy bubble tea, pinball and a casual table of air hockey or two.

Game faces on, here are the eight best arcades and bars to check out in Sydney.

Widely recognised throughout Sydney for their iconic game night competitions and trivia nights, 1989 Kitchen & Arcade is an outlet for those who love a little healthy competition. Packed with classic arcade games and new games (think Sega Mega Drive and Mario Kart), these guys know how to keep you entertained for hours. Get the kitchen to whip you up a milkshake and you’ll instantly be transported back to the glorious nineties. 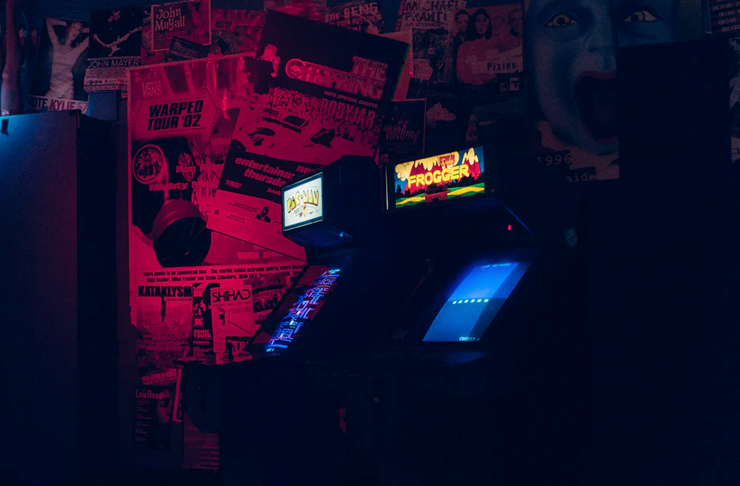 One of the biggest arcade centres in Sydney comes in the form of Archie Brothers Cirque Electriq. With 67 arcade games, (that includes the virtual reality ones), six bowling lanes, dodgem cars, an XD theatre, a shooting range and a cocktail bar, you won't be able to leave this one easily. Prizes look like old-school Furbies, retro consoles, vintage board games and Simpsons memorabilia.

From the team that brought you Holey Moley and Archie Brothers comes B.Lucky & Sons. Order up a stone-baked pizza along with a boozy bubble cup to get your night started, then get stuck into a round of vintage arcade games. This place is adults-only, so drink yourself silly and shoot up zombies in the Walking Dead adventure game. And by shoot, we mean with a Super Soaker. 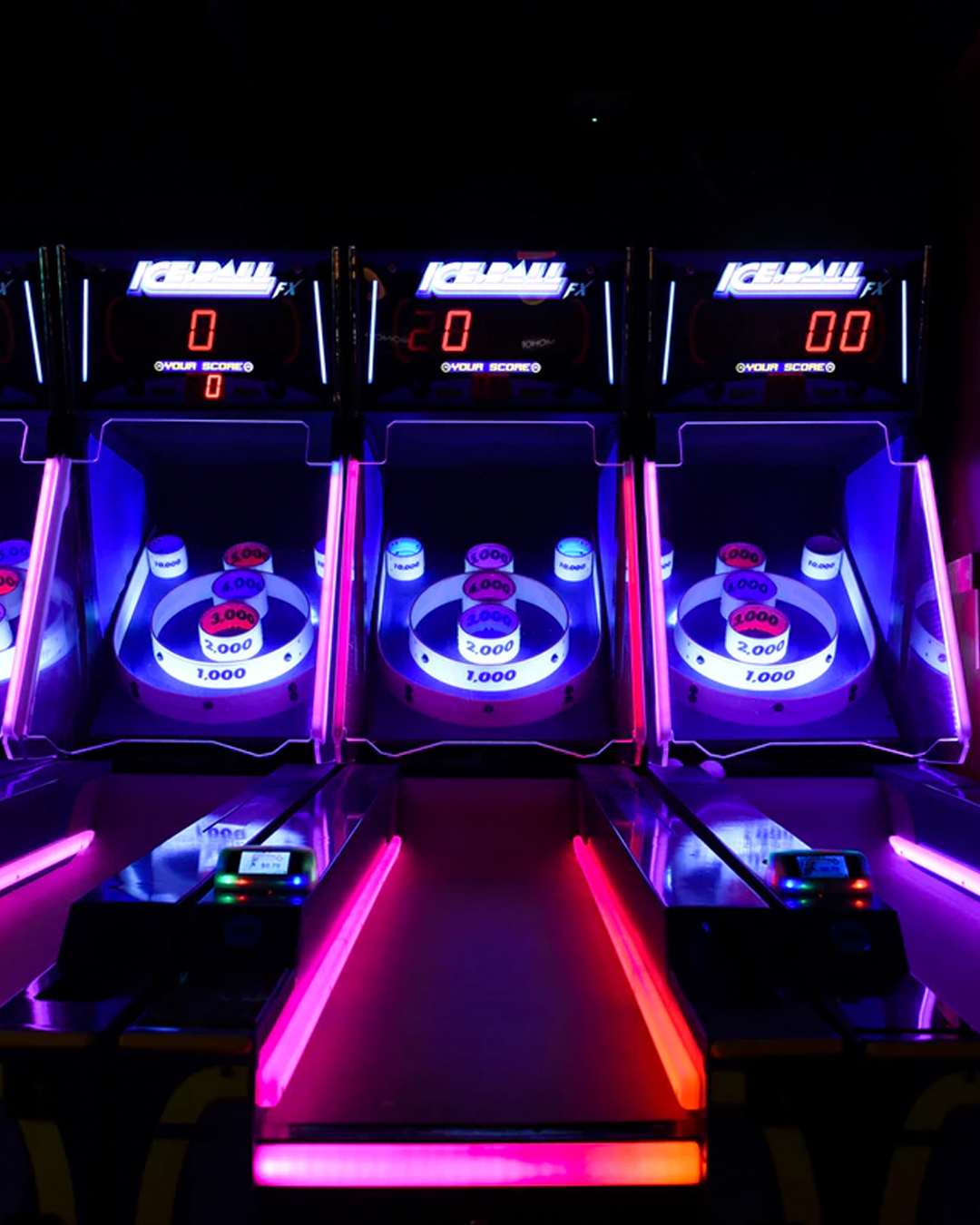 Vault Bar is the underground speakeasy slash dive bar that slings out Young Henrys on tap until 3am. The space is packed with pinball and popcorn machines available to hit up all night long. It’s dimly lit and splashed with neon paint, and tasty burger creations are flipped out from the kitchen.

The popular Surry Hills Japanese izakaya bar, Goros, is the only karaoke and arcade bar where you can get a sake bomb before playing that third round of Stacker. No lockout laws apply here which means a whole lot of air hockey, Nintendo and Time Crisis 4 will be ticked off your gaming list before you shuffle on home. 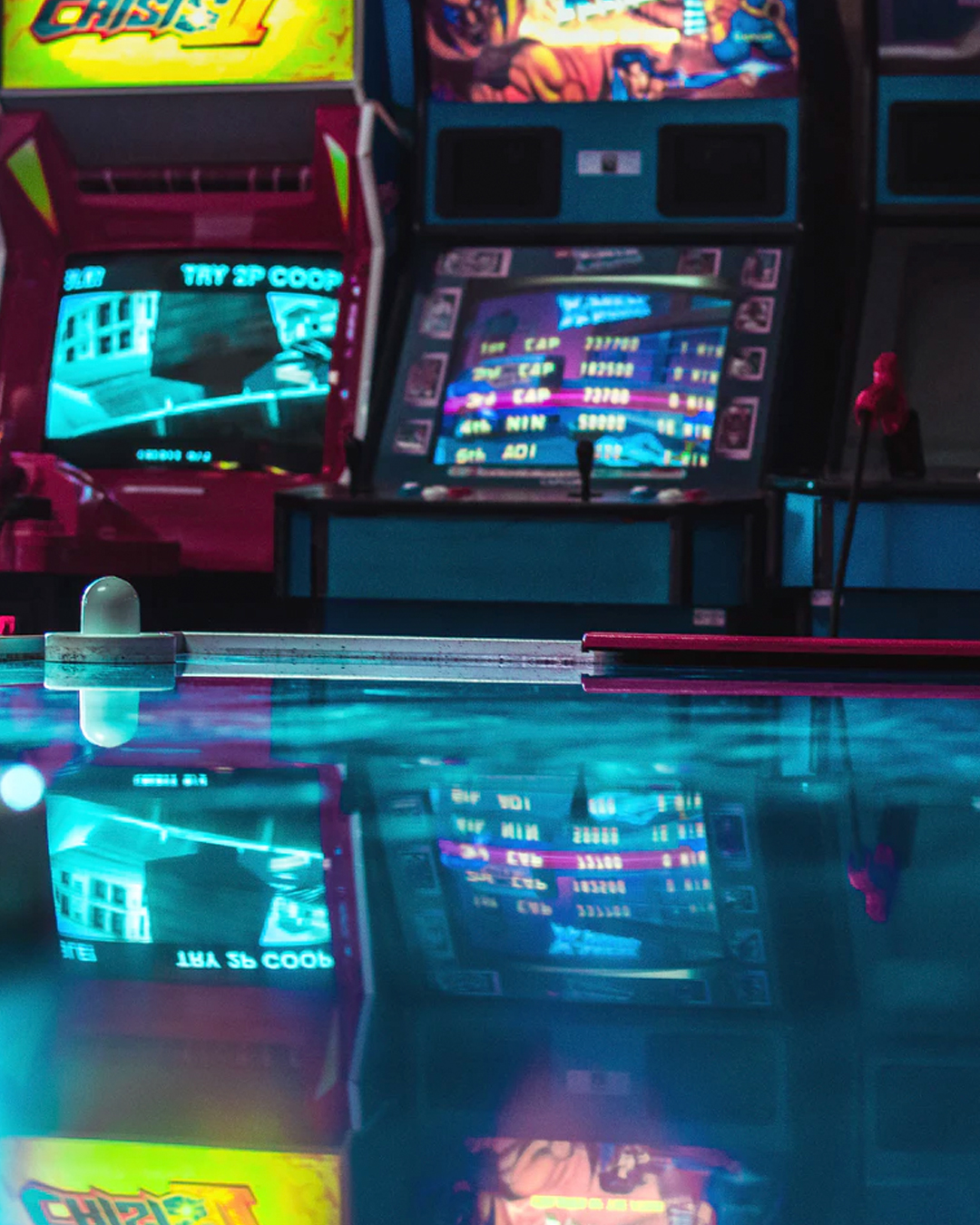 Frankie’s Pizza By The Slice

Known for the eccentric feel and rock n’ roll live bands, Frankie’s Pizza also houses a bunch of pinball machines. Rock out to grunge bands while getting your game on in Guns N’ Roses-themed pinball. And while you're there, why not order a slice of Frankie's Malibu Finocchio pizza, with ham, pineapple and mozzarella. So retro.

The Spawn Point Small Bar is a basement on Clarence Street in the CBD and from Tuesday to Sunday they’re open with a mix of drinks, pizza but most importantly, retro video games like Mario Kart and Street Fighter. Grab a controller, pick a console and start reliving the best times of your childhood.

And here's a bunch of new restaurant openings you should know about.