8 Epic New Restaurant Openings To Try In Sydney This Month

Hope you're hungry, Sydney—because here we have yet another very long list of new eats and treats to try.

Ready? Here are the best new restaurant, cafe and bar openings to try in Sydney this month.

Dean And Nancy On 22 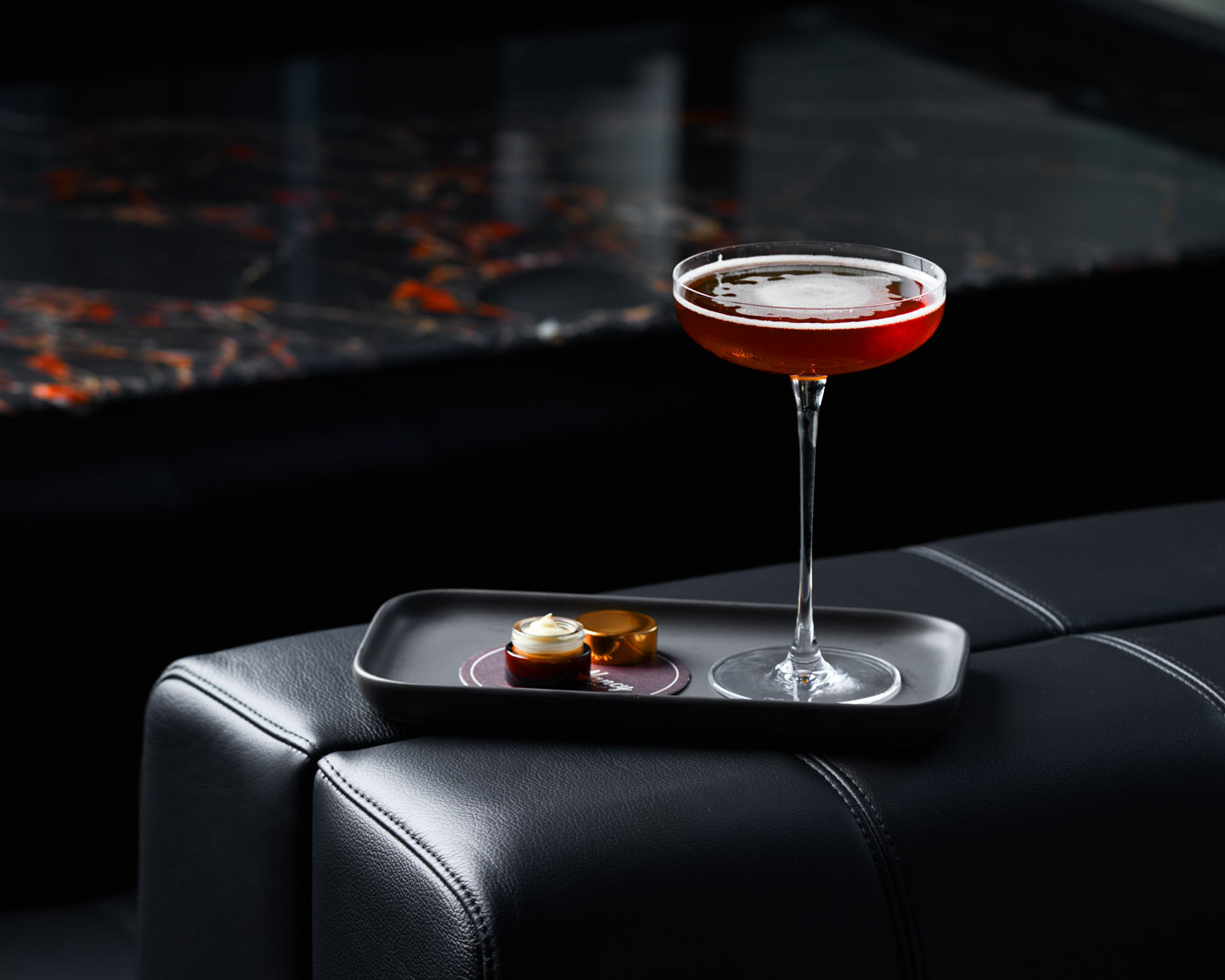 Dean and Nancy is a fancy hotel lobby bar within the all-new A by Adina boutique hotel in the heart of the city. Behind the concept is the award-winning Maybe Sammy team. Ascend a golden staircase to the seriously stunning 120-seater bar, which has been designed by George Livissianis (Sammy Junior, Chin Chin, The Apollo). With a super slick black and gold palette, a baby grand piano, low leather banquettes, intimate lamplit tables for two, and a view of the twinkling city skyline that, come nighttime, Dean and Nancy feels a little bit like Sophia Coppola's Lost in Translation.

Maybe Sammy creative director Andrea Gualdi has crafted 15 new signature concoctions written into a journey of a menu, including some high roller cocktails made with super-premium spirits and non-alcoholic cocktails too. Try the Coffee Champagne cocktail, where—magically—your hands become the garnish via some keepsake hand cream, or the “Rolling A Double”, which comes with a pair of dice; roll a double and you’ll win a cocktail upgrade. The menu of hearty bar snacks has been dreamt up by legendary Sydney chef Jane Strode and includes the "Fireball", a ball of whipped cream cheese, nduja, marjoram, and lemon that’s wrapped in a nest of Kataifi pastry, baked until almost molten, and served on a dab of tomato jam with pickles.

Pro tip? Go at sunset to see the bar glow like nothing else. Dean and Nancy opening hours are here. 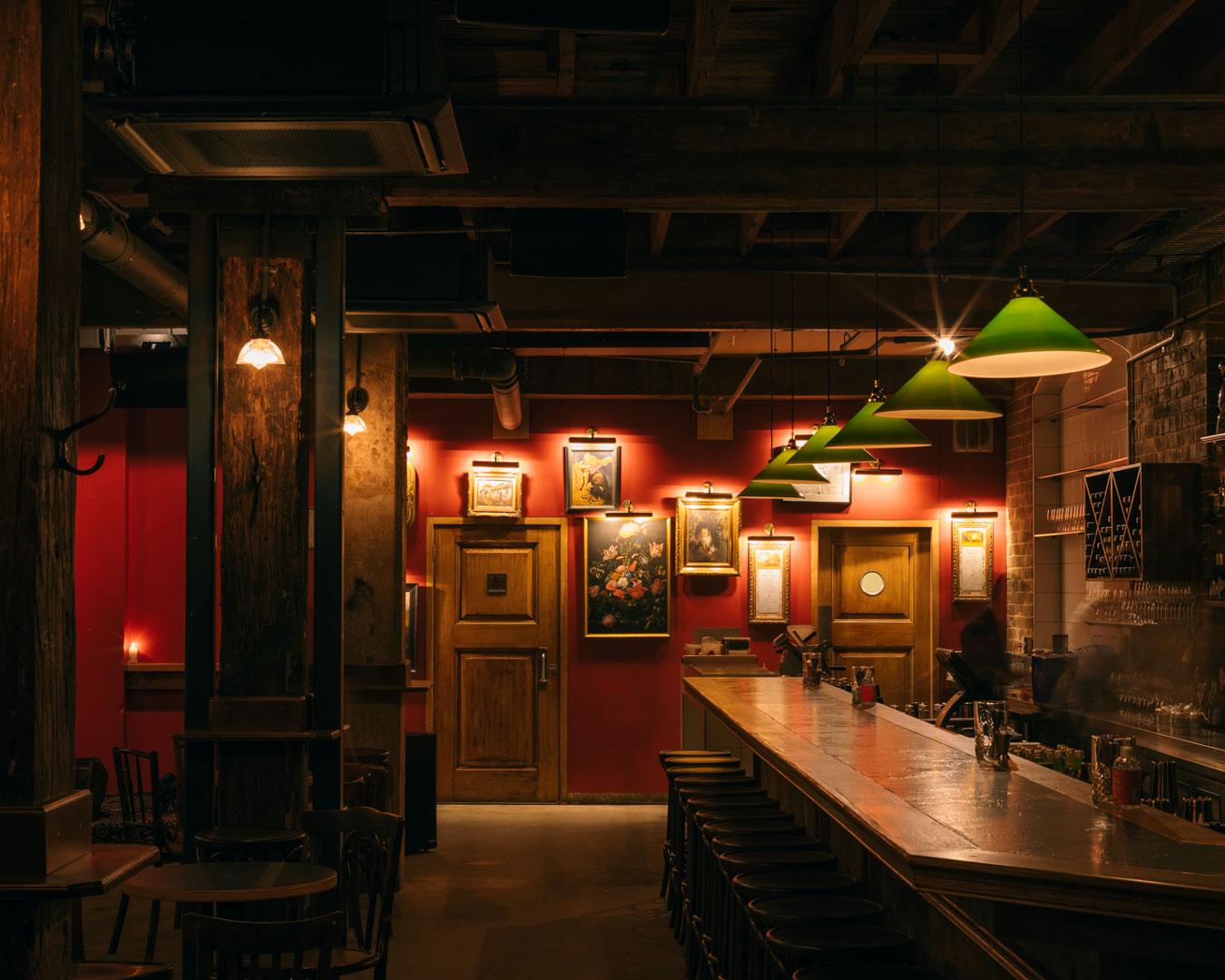 If you've been wondering what would become of the old Freda's site in Chippendale—we finally have an answer. Picking up where the legendary late-night spot left off is The Barrie, a no-fuss cocktail lounge and live music spot from Chris Garner, Chris Turvey, and Liam Stanwell. While the trio counts Employees Only, Rockpool, and Restaurant Hubert in their bar experience, the vibe at The Barrie will be much more low-key.

Serving only Australian wine and beers alongside a neat edit of signature cocktails, cheeses, and charcuterie from LP's Quality Meats, The Barrie isn't trying to be anything but a good time—which is totally the sort of unpretentious vibe we can get behind in a post-2020 world. Kick-off your night with the fruity and refreshing "Cash on Delivery" cocktail, made with cognac, Brookie's macadamia and wattleseed, passionfruit, citrus, and peach bitters, before moving on to something delicate and smoky like the "Finger in the Ocean"  with Vida mezcal, Amaro Montenegro, Espolon blanco tequila, grapefruit and rosemary, topped with sparkling wine.

The Barrie has live music most nights of the week ticking off everything from blues to reggae and disco. The Barrie's opening hours are here. 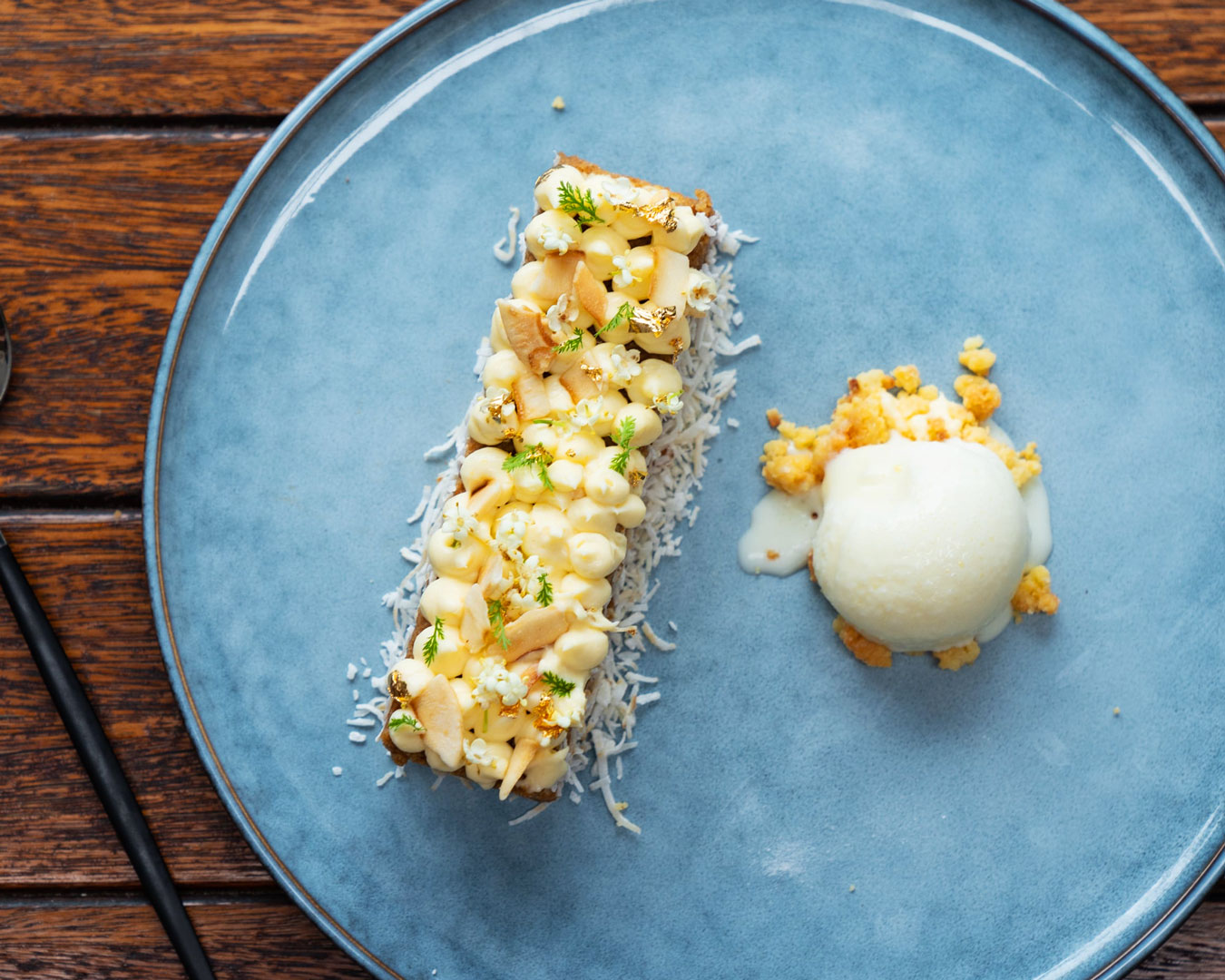 As the name suggests, rice is the hero of the menu, and alongside a daily selection of rice paper rolls, bao, signature bowls and pho, are things like okonomiyaki loaded tots, made with nori salt, furikake, Japanese BBQ sauce, kewpie mayo, shichimi togarashi, bonito, and lime, as well as spring onion roti, and sriracha loaded fries. There are a bunch of signature cocktails to sip (our pick is the "Lychee Umeshu") and, for dessert, Zhu is serving his famous yuzu ice cream, made with layers of lime meringue, citrus, and saffron pineapple combined with sago and mint. There's also a Vietnamese coffee lamington that needs to be on your sweet treat hit list. 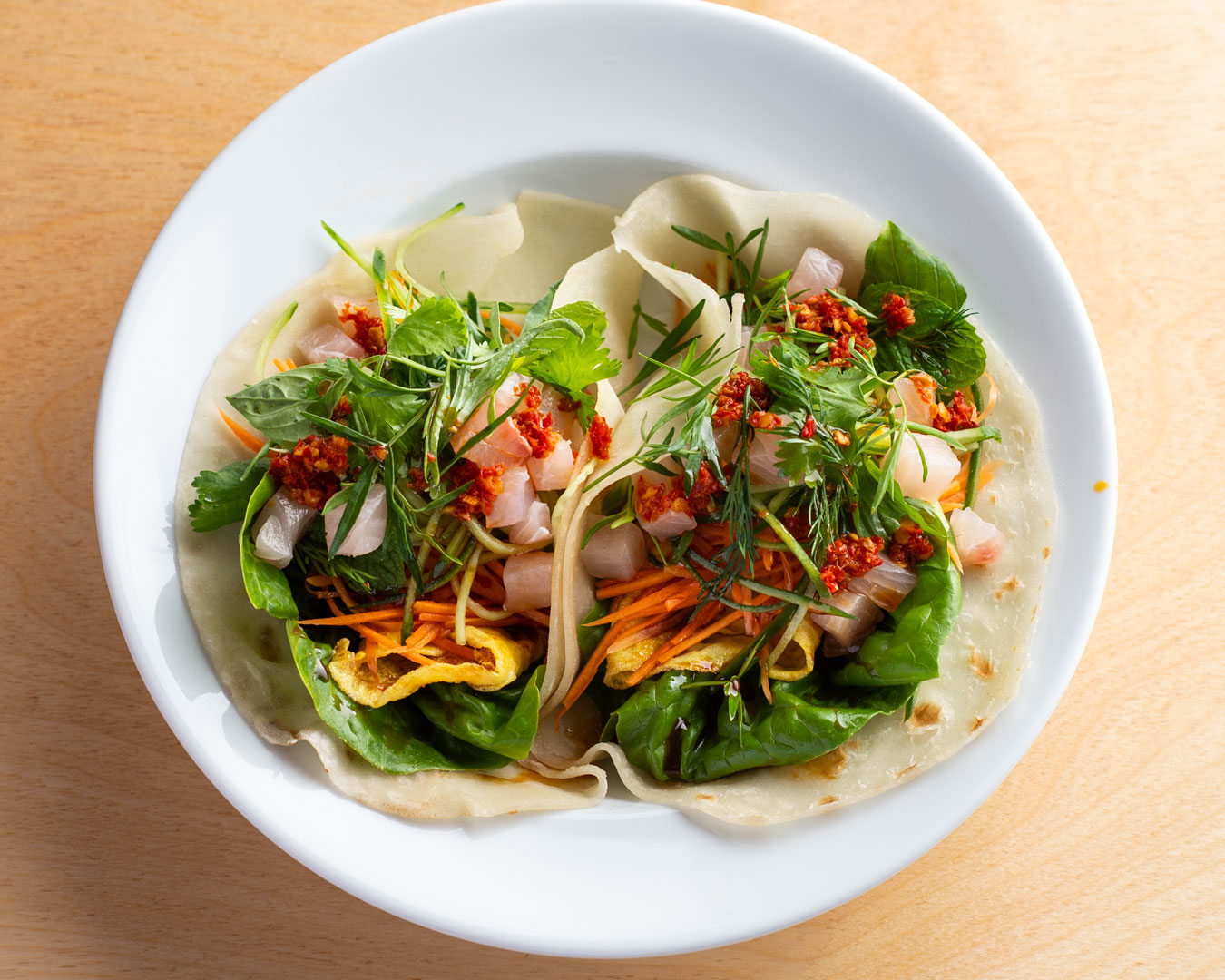 Among the top-billed eateries at the new South Eveleigh dining precinct is Lucky Kwong—an all-new eatery from Kylie Kwong. It opened at the end of May and is centred on the idea of simplicity, flavour, and food as nourishment—a far cry from the theatre and extravagance of some of Sydney's recent restaurant openings.

Dreamt up by the same team that brought Sydney Chaco Bar and Chaco Ramen (chef Keita Abe and ex-Sasaki head chef Kensuke Yada), Haco is a pint-sized 12-seat omakase dedicated almost entirely to tempura. Housed within a concrete cube at the Surry Hills end of the CBD, it's a first of its kind in Sydney where the sheer theatre of deep-dried deliciousness takes centre stage ("haco" translates to "theatre").

At Haco, you're in for a relatively vague set menu of 20 bite-sized dishes—kept vague because chef Yada likes to really move with what's in season (we love to see it). Expect to sample lightly battered king prawn, lotus root, and, for dessert, banana, alongside braised pork belly, kombu-cured lobster, and bonito sashimi, while you sip sake, Japanese beer, and house-made umeshu and yuzushu.

Haco is a super special experience—but you'll want to plan ahead. Being a 12-seater, it is booked out a few months in advance. Haco opening hours are here. 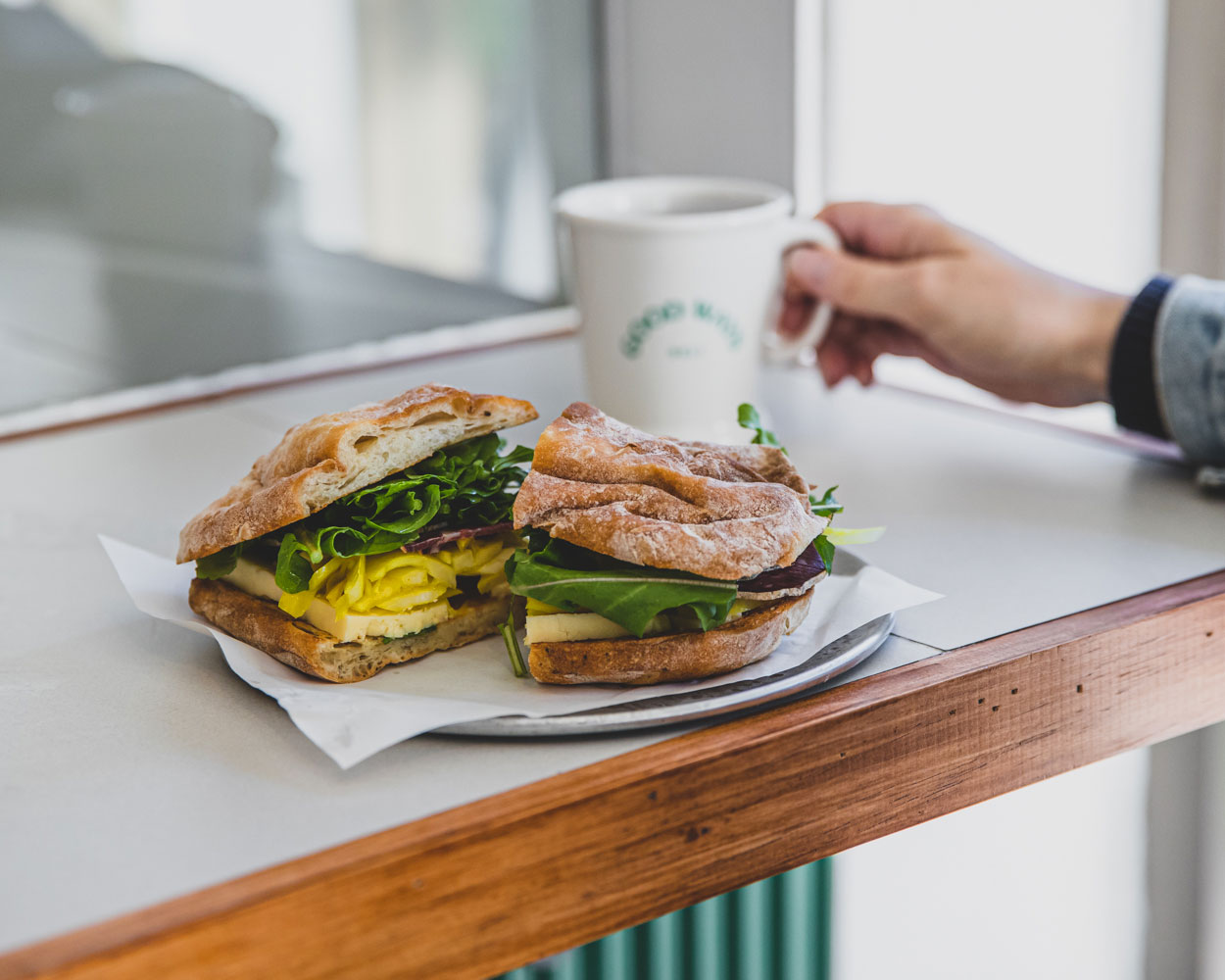 With a nostalgic palette of Aussie Colourbond green and a neat menu filled with top-tier sangas and CWA-style bakery treats, Good Ways Deli is the sort of sunny corner spot you dream of stumbling across while roaming around on the weekend. Behind the new hybrid cafe-deli-bakery, is chef-baker Jordan McKenzie (whose resume casually ticks off Cornersmith, Cho Cho San, the Orana Sydney pop-up, and Small Talk Coffee) and Tom Pye of Coffee Supreme.

Here, sandwiches are a cut above the rest, to say the least. Made with housemade wattle-seed-permeated ciabattas—in the AM, go for the breakfast roll with hot butter, fermented potato, egg salad, and onion jam. Or, cure that hangover with a perfected cheese and apple toastie with Maffra mature cheddar, pickled apple, and mayo. Get fresh with a next-level salad sanga packed out with beetroot, carrot, sprouts, cheddar cheese, broadleaf rocket, mayo, and a lick of mushroom pâté.

As for the sweet treats—slabs of rhubarb-jam lamingtons, Vegemite scrolls, gluten-free wattleseed brownies, and Anzac biscuits are all on the agenda, each created by McKenzie and Good Ways baker, Greer Rochford. 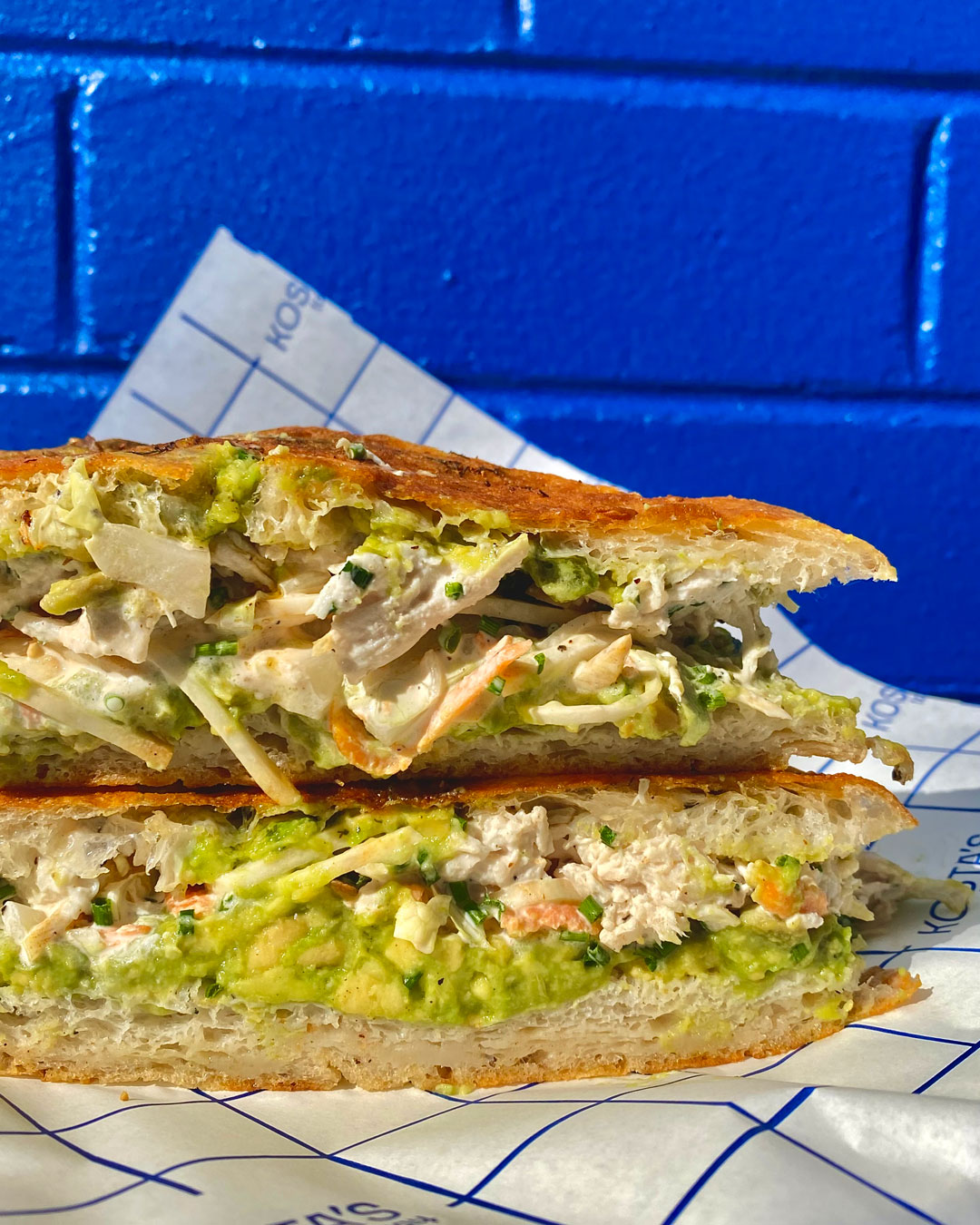 Another entry on the sandwich front this month is Kosta's, Rockdale's newest hole-in-the-wall sandwich joint with stacks of attitude. Painted bright blue and white, the zero-fuss menu is divided into "You Like, You Buy", "Classic, Not Basic", "Tell Your Missus", and "Best Coffee In Town", (which reveals more of Kosta's overall vibe as opposed to what they actually serve but, whatever, we dig it). 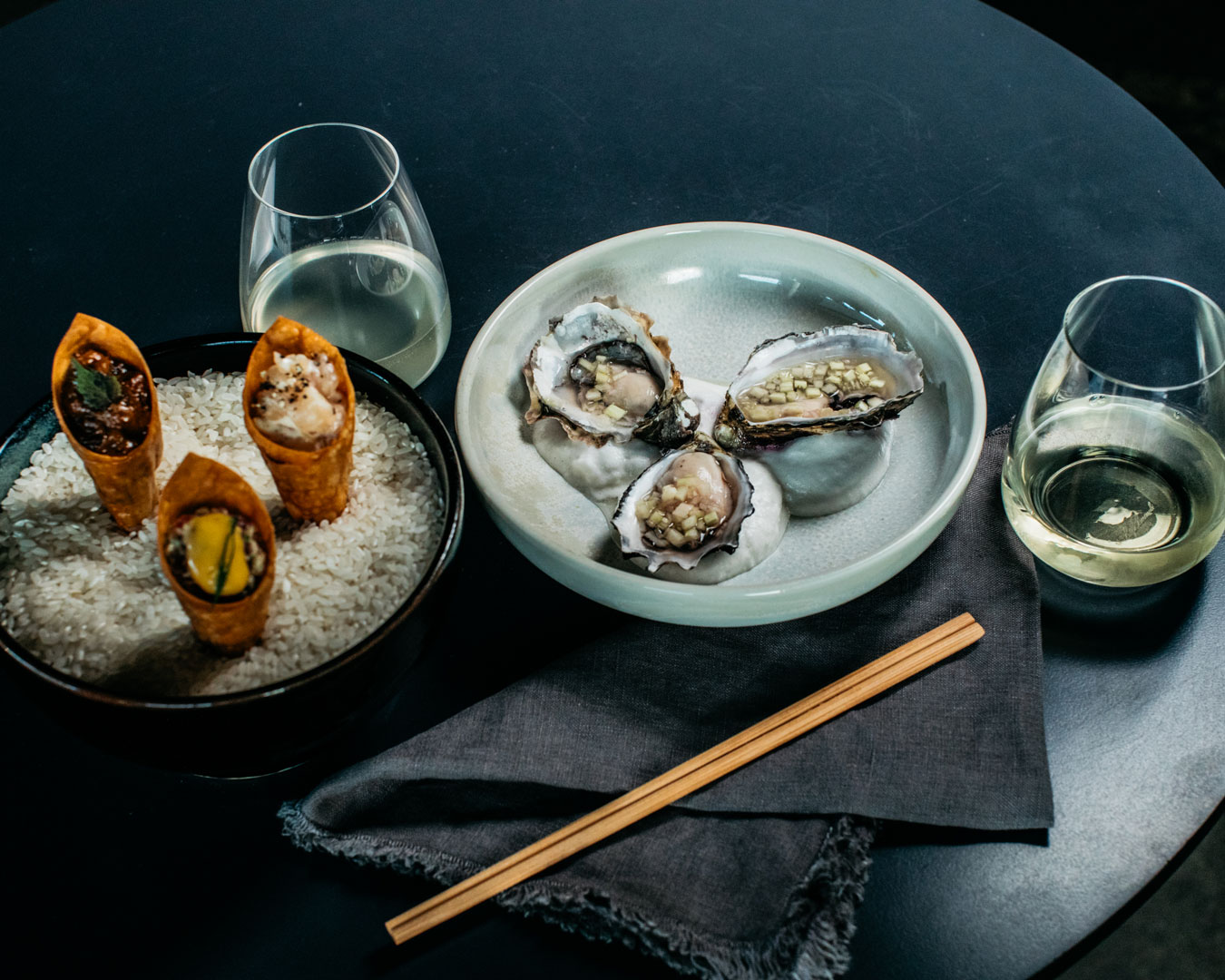 RND (an acronym for “Raw Next Door”) operates out of neighbouring Harry’s Bondi just three nights a week (Friday, Saturday, and Sunday). Behind the menu at RND is Jack New, who headed up the kitchen at Edition Coffee Roasters, as well as another secret Japanese spot tucked away at the back of a poke bowl bar in Woollahra called Izy Izakaya.

Now, work your way through this list of the best restaurants in Sydney.